Jerichaos: Students camp out for accommodation

Living in Jericho requires more than just a trendy haircut and a humanities degree – it needs grit, determination and a thermos flask of Pot Noodle.

Tents and makeshift shelters constructed from bin liners sprung up along Walton Street last night, as students continued the time-honoured tradition of camping out in front of estate agents before the release of tenancy contracts. 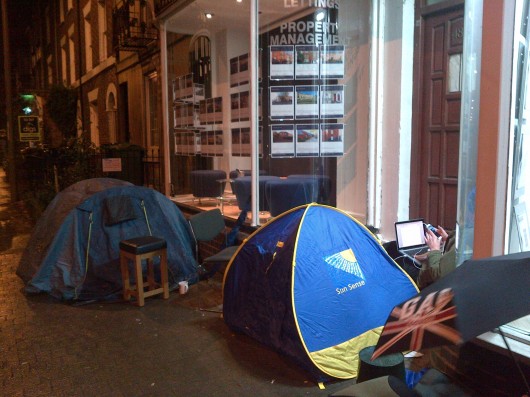 At 11:30pm students were seen huddled in the doorway of the North Oxford Property Service, typing last-minute essays on macbooks and clutching styrofoam cups of hot chocolate. 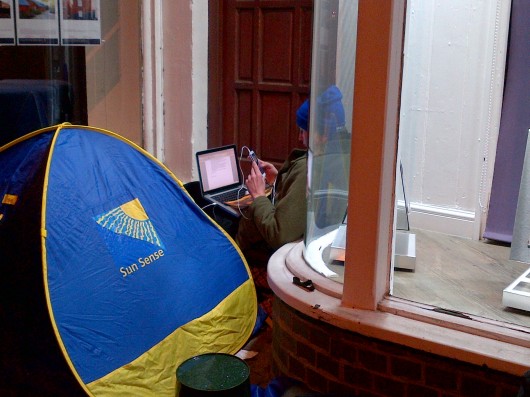 Not your average homeless person

Enterprising campers had brought mulled wine, Pringles and thermal layers, prepared to take shifts round the clock on one of the coldest nights of the year in order to secure their dream home in Jericho for second year. 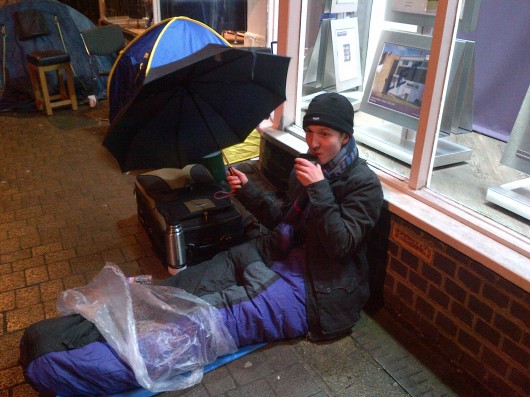 From the depths of his many layers of clothing, Joe Sowerby-Thomas, a fresher from Regent’s Park College, commented: ‘we really really want our house on Cardigan Street. We’re doing it in shifts and it’s not all bad: I’ve got mulled wine and loads of snacks.’

One source claimed that representatives from the letting agency had all but stated that camping out was the only way to assure they got their house. 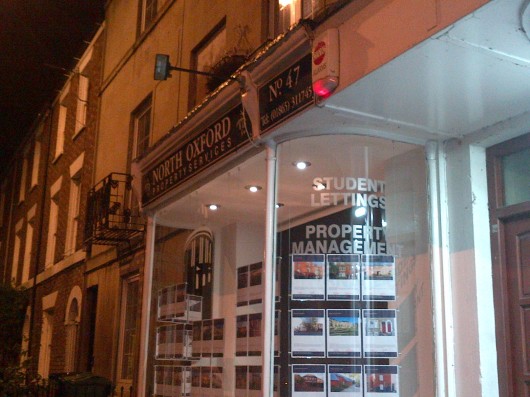 MTV Cribs eat your heart out

With ‘affordable’ housing in the Jericho area costing between £425 and £500 per person/month, the campers were all vying against one another to cripple their student loans as little as possible.

Despite one girl due to take the 6-7am shift on the morning of her 19th birthday, they seemed pretty cheerful: the prospect of accommodation within crawling distance of Freud more than made up for the light drizzle.