Victory for Tab campaign: Jonathan reunited with his wheels

Elated second year Jonathan Priestley was reunited with his £2,500 wheelchair after a successful Tab campaign to get it back.

The wheelchair was found abandoned on Jonathan’s driveway this morning with a bin bag over it.

The disabled Politics undergrad was left housebound after the 20-year-old’s wheelchair was stolen from a house party of over 150 people.

It had been left unattended for just a few hours before it was taken. 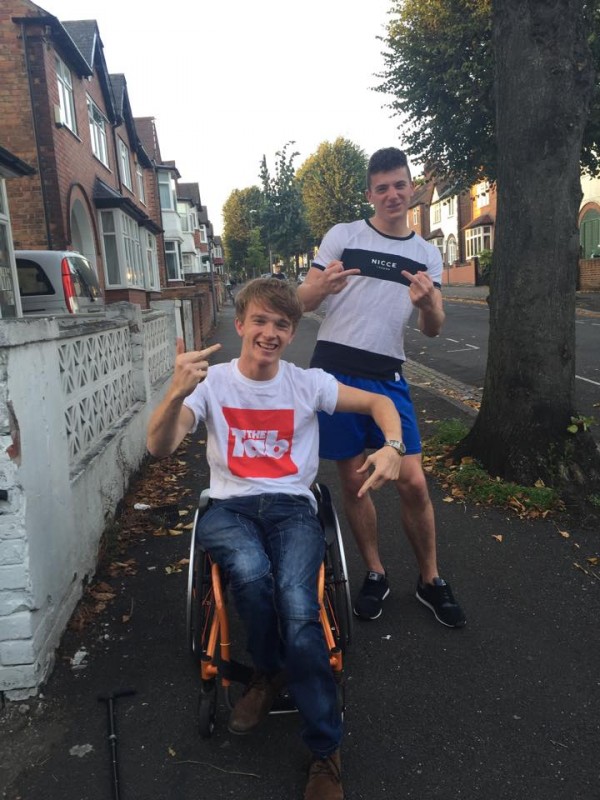 Jonathan, from Derby, said: “I’m just so relieved and surprised! I was only out of the house for an hour when my housemates text me with the picture.

“Now it’s back I just want to get on with my life at uni and not have any more distractions.” 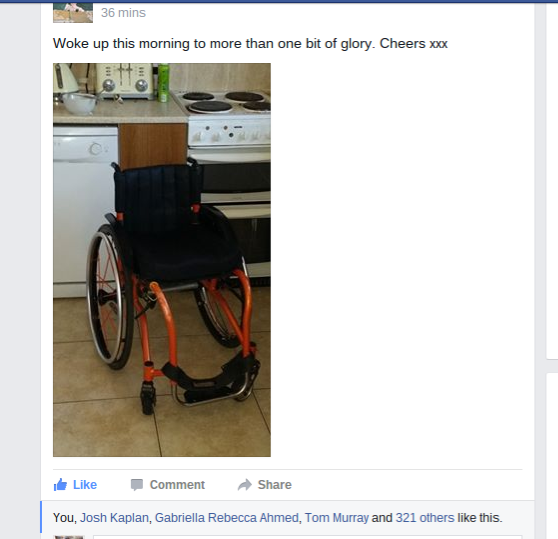 Whoever returned it failed to reveal their identity and the thief remains at large.

Jonathan suffered a spinal injury when he was six months old resulting in a condition called Transverse Myelitis and has needed a wheelchair all his life.

The second year is dependent on his wheelchair and would have been unable to get to his lectures without it. There was an enormous surge of public sympathy and support for Jonathan after the launch of our #JusticeForJonathan campaign yesterday.

Notts legend Andy Hoe got involved last night as the search for Jonathan’s wheelchair gripped the city. He promised immunity to the thief if the wheelchair was returned to Ocean. 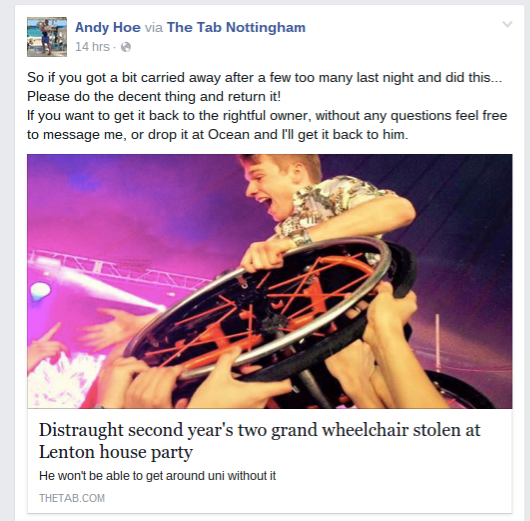 Andy Hoe, the myth, the legend

Jonathan first noticed his wheelchair was missing at 3am on Sunday morning. He had been preparing to report its theft to the police today but that won’t be necessary now.