League tables don’t tell you where you’ll be happy

In September of 2017, I packed up my mum’s car. The only bedroom I’d ever known was left bare, its new purpose as guest bedroom revealing itself in the empty bookshelves and newfound wardrobe space. As the car pulled out of the drive, I looked back at my house knowing it was now a home I had moved out of, no longer a full time resident in its walls.

Wedged in the back seat between suitcases and IKEA bags shamefully stacked with clothes, I watched out the window as we drove into central London. My accommodation was cheap – it was all I could afford, even with the maximum student loan – and it showed. It was far away from UCL’s main buildings, run-down, and regularly received visits from the rodent extinguishers. I spent the entirety of that first day crying intermittently around my new neighbourhood, and when the time came for my mum to drive home, and leave me to this new, boxed-in existence, with its communal showers and lingering smell of damp, I sobbed even more.

During my first few weeks, the situation didn’t improve. Beyond the loneliness of my accommodation and none of my flatmates wanting to build any kind of rapport with me, I even felt alienated from students on my course. Increasingly I learned that the cultural difference between privately educated, spendthrift Oxford-rejects and me, a girl from a rural state school in a far corner of Suffolk, who’d only ever dreamed of going to London and hadn’t even attempted to go the Oxbridge route, was bigger than I had ever anticipated.

I couldn’t make friends, and London as a city with its soulless, non-stop pace felt even more isolating. It felt like the whole place wanted to spit me out. As I struggled socially, I even began to lose interest in my work. For days on end I’d stay in my room, holed up with pot noodles, my curtains closed and my mum on speed dial.

As my complexion began to reach vampiric levels of white, my mum floated the possibility that I wasn’t admitting to myself that I wasn’t truly happy. The trouble was, in my head, I had chosen UCL because it was a prestigious university, and I had to make that work. I was clever, I deserved to be there, and I’d look like a failure if I gave up this opportunity to go somewhere lower down on the university league tables, wouldn't I?

In January, the return to my unhappy life in London, after weeks spent with the comfort of my family close by, was harder than I had anticipated. I felt like I’d lost myself, like I didn’t know who I was anymore, like the person who’d had friends and a social life and hobbies in sixth form had ceased to exist, and it terrified me that I might never get her back. I kept going, though. I needed this university, as a label, as a worthy marker of my value to employers, and maybe even to myself.

Realising I wanted to leave happened very fast, but had simultaneously been a long-time coming. It was as I sat in the office of my tutor weeping, that I made my decision, finally able to admit the terrifying truth that I didn't want to be here anymore. I said I couldn’t handle London, much less many of the students at UCL, most of whom had grown up with such a different conception of the world to me, and would never understand my personality or perception of things.

I confessed I was worried that I’d end up somewhere less prestigious, and that people would think less of me. She told me (in politer terms), to not give a shit about league tables and to go somewhere where I’d be effortlessly happy, and where I'd hopefully regain my sense of self. I emailed UEA that same day. I couldn’t face finishing the year at UCL, so a transfer wasn’t an option, but once I’d moved home, found a job, and was more settled, I went about enduring the UCAS process again. I got an offer the next day. 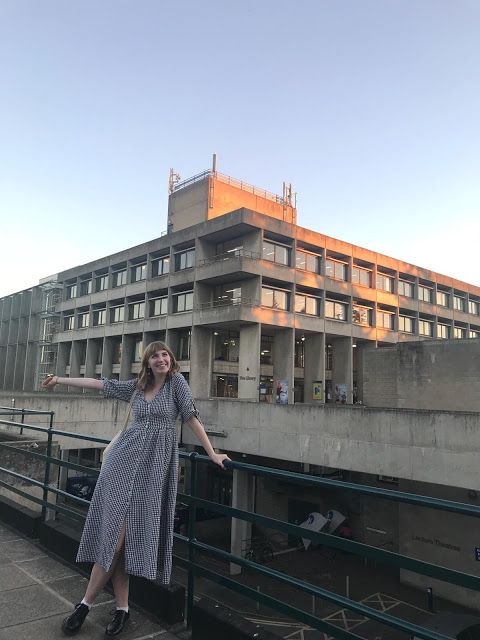 Doing first year again wasn’t all smooth sailing just because I felt happier in Norwich. I still wasn't a fan of living in halls, and I tended to prioritise my family and relationship alongside the student lifestyle, meaning I didn't throw myself into quite the same university bubble the students around me craved. Nonetheless, now, in my second year, living in a house with close, valued friends, a fulfilling relationship and a supportive family, I find myself once more with a desire to get as much out of my education as I can, and the aspects of myself I thought I'd lost feel like they’re once again in my grasp. I've recaptured a sense of belonging, I've crafted my own life here in Norwich, and above all I like myself again.

The teaching style is different at UEA. The atmosphere isn’t so obsessed with pretentiousness and prestige that it compromises on the satisfaction and well-being of its students. But despite UEA not being the highest university on the league tables, I’ve come to accept that the label of a 'best university' is far more complex than its academic ranking.

To me, the stigma around dropping out of university is one steeped in inadequacy and failure, and that is both unfair and untrue. I did not fail in my first attempt at university. It just wasn’t right for me, and so I admitted that, acted on it, and discovered a better path for myself, one that has lead me to the best university, for me.

Normal For Norfolk: The Truth Behind The Stereotypes