He’s not even the only one

Nightclubs can be the places where pure magic happens, but Manchester’s 42s has really raised the bar recently – this time in helping create a human life form.

In a tweet directed at the club, Liv Gallagher revealed that the venue had been crucial in her meeting her future boyfriend Jimmy in 2015. Three years later, baby Frank was born on 26th October this year, and all down to the help of 42s.

The club responded, wishing the couple congratulations and giving Frank free entry AND queue jump for life, basically meaning a baby can get into a club faster than you right now.

Talking about the moment she first laid eyes on the future father of her child back three years ago, Liv said to The Manchester Tab: “This guy slid over in the booth and told me I looked really drunk and we started talking… I was complaining about how my feet were hurting so he took his shoes off at let me wear them even though they were massive on me.”

A couple of dates afterwards, the couple made it official, then on 6th March 2018 realised Liv was pregnant. She told The Manchester Tab: “I never thought that I’d be able to have kids, so we were never particularly careful. We were pretty shocked and didn’t really know what we were going to do as I had just started uni and [Jimmy] had gone back to college, but we managed to make it work!” 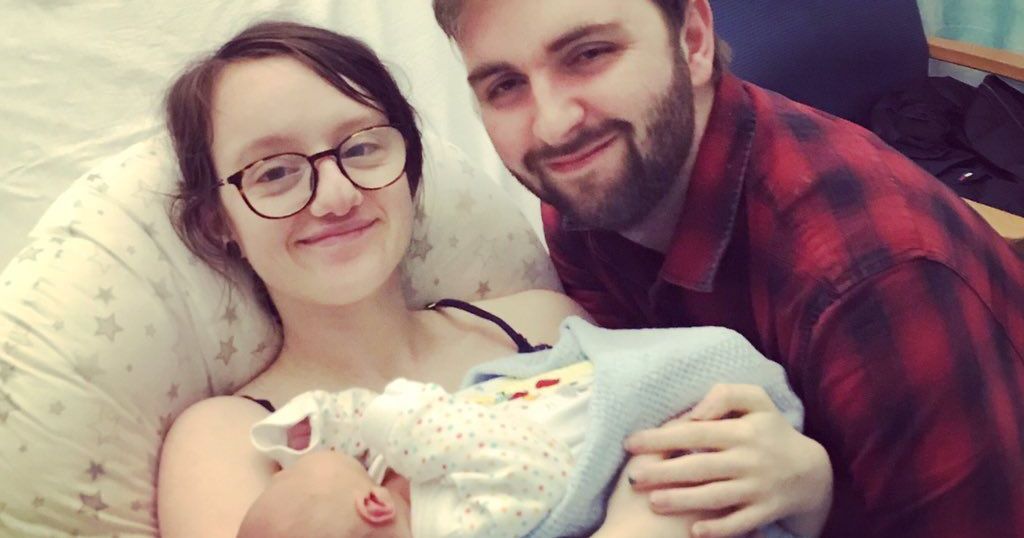 Speaking to The Manchester Tab, 42s said: “We’re incredibly pleased that our club has helped a baby into the world. It’s definitely not the first 42s baby and we’re sure it won’t be the last! You never know where that drunk kiss at half one in the morning will end up.”

There must be something in the air at 42s because Frank definitely won’t be the last – it turns out that the exact same thing has happened to Liv’s friend, who’s due to give birth to 42s baby #2 around the beginning of December.

Liv said: “I’ll have to have my wedding there or something”.

If you want a baby maybe head down to 42s and try your luck.