Strikes are likely to continue over the exam period

UCU have confirmed that there will be further strike action at universities across the country on their website yesterday, including the University of Manchester.

Members of the UCU are in dispute over changes to the USS pension scheme and the union's higher education committee (HEC) met on Wednesday.

Due to new rules under the trade union act, the union have served notice of strike action at 13 universities including University of Manchester.

The strikes are to begin on 16 April and last until at least 20 April. 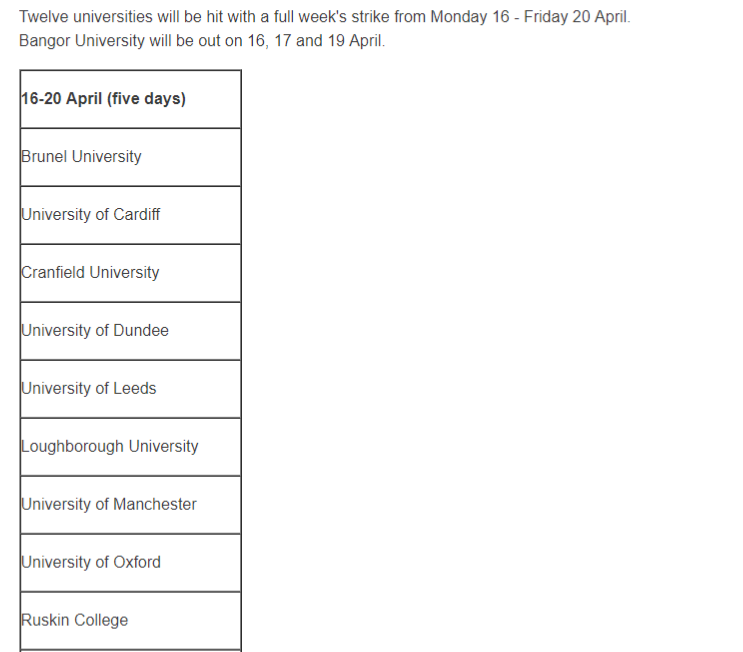 UCU general secretary Sally Hunt said “the latest proposals were won by the solid action of UCU members and now is the time for them to have their say on what happens next.”

The union have also said that if the dispute is not resolved strike action would increase to 65 universities across the country and could last another 14 days over the exam period.

Universities have already been hit with 14 days of strikes beginning in February.

A university spokesperson previously told The Tab: "We expect all eligible students to be able to graduate or progress to the next year of study as planned.

"We will continue to review the situation as it develops. Students should speak to their Schools for specific enquiries about their dissertations and exams.”