The Gym in Fallowfield has FINALLY announced an opening date

The wait is over

Several weeks ago The Tab Manchester reported that The Gym in Fallowfield is charging students for membership despite not being open yet.

However, that all changed today when The Gym in Fallowfield (led by their General Manager, Craig) released a statement declaring their official opening as the 27th of March. 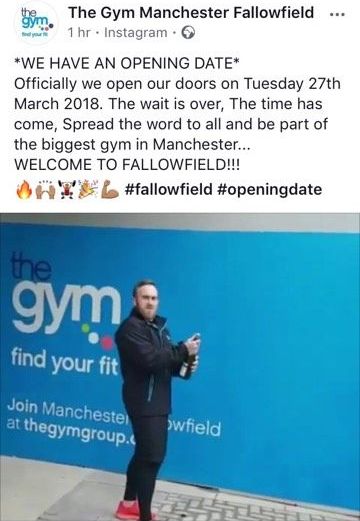 Welcome to Fallowfield! The gym is set to open its doors on 27th March 2018 .

Cheeky comments flooded in from students regarding how long it took to open with one student remarking, "[About time], I've been getting fat waiting."

The Gym had this to say, "better late than never…more info coming soon!"