You gotta roll with it

Following the release of Mat Whitecross’ documentary Supersonic, a storm of Oasis fever has erupted in Manchester this week, the Gallagher brothers have once again the focus of the city’s limelight. 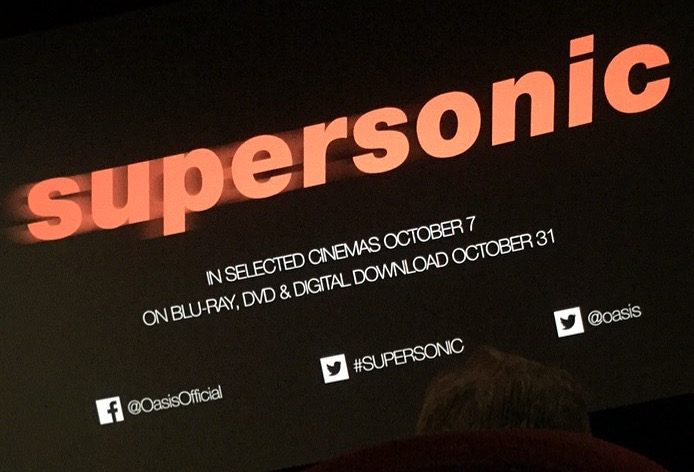 Though Noel remained silent following the premiere, his brother took part in a live stream Q&A screened in hundreds of cinemas across the country. Liam Gallagher’s classic arrogance shone through as always, and together with his infamous Noel-slamming tweets and often nonsensical reasoning for doing whatever he wants, he’s no doubt made his mark on a generation of Mancunians. An exhibition called ‘Chasing the Sun’ is set to open on 14th October at Old Granada Studios on Quay Street, if he wasn’t already worshipped enough by the city. 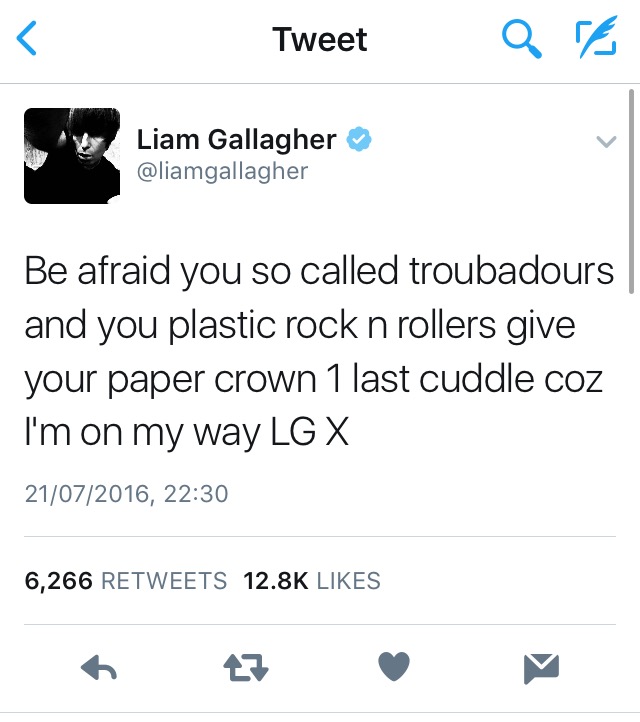 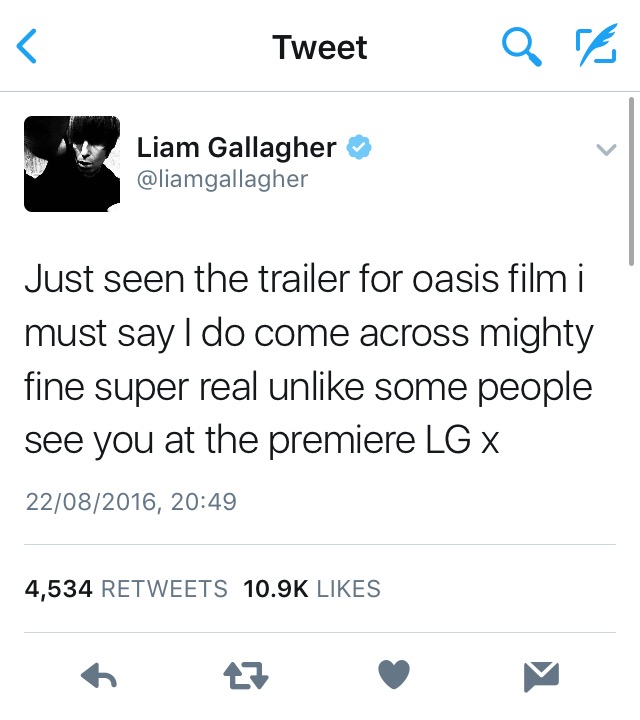 What fans find most admirable (or equally fascinating) about Liam is that he clearly does not give a shit – about anything, seemingly. His careless remarks and famous insults have dominated newspapers for years, but it has never seemed to bother the Britpop rock’n’roll star, particularly evident in the recent BBC documentary Oasis in their own Words. 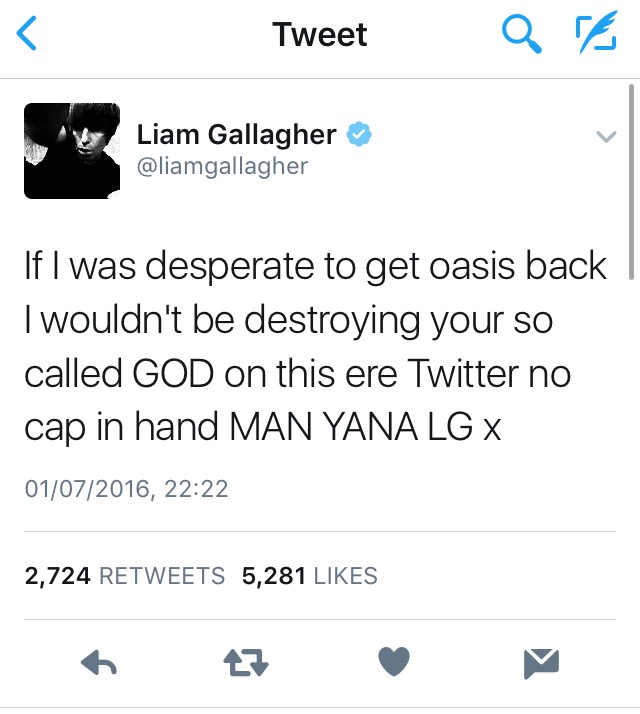 His responses in the Supersonic Q&A were nothing but iconic. When an eager fan shouted out that they had seen Oasis in 1994 supporting The Boo Radleys he replied “You what? I don’t fucking think so mate…I don’t think I’ve ever supported Scouse bands.” Classic banter from LG. 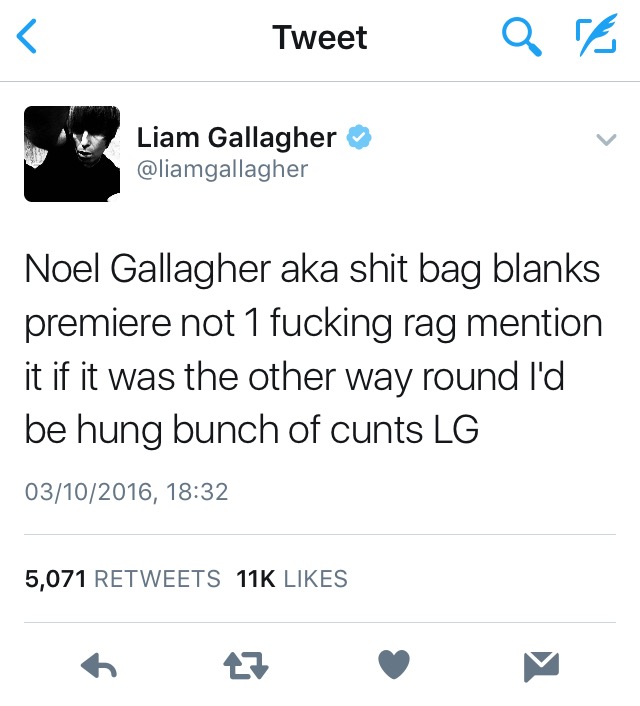 His nonchalant attitude has clearly influenced a generation of hardcore fans. His swaggering walk matched with that famous green parka, Gazelles and bold sideburns is a common sight on the streets of Manchester. Everything he does seems exceptionally cool, from his anti-this, anti-that approach, to the negative aspects of Oasis’ explosive career. As Liam stated himself in the Q&A , “If you’re gonna lose the plot – lose it properly.” There’s not many icons that can make the ending of an era legendary. 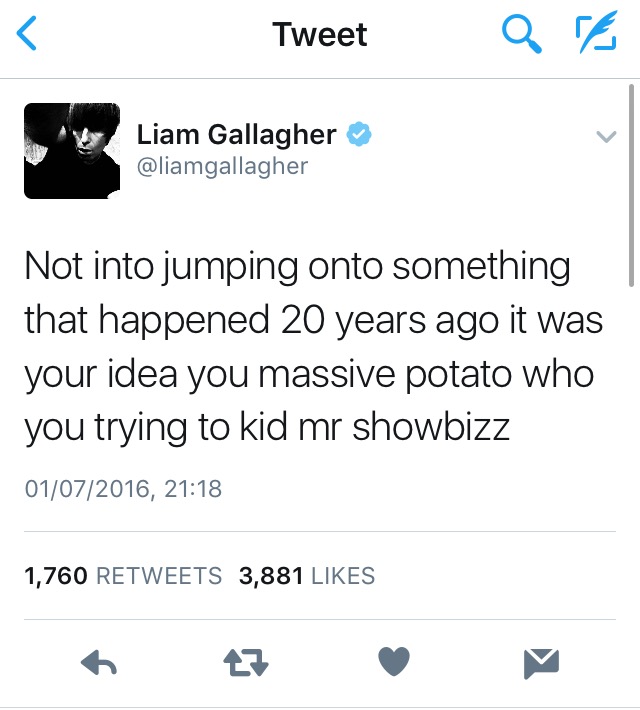 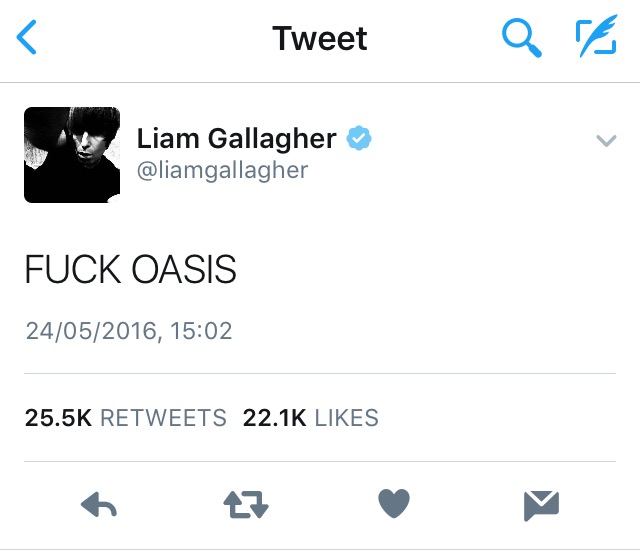 His Twitter banter and unique vocabulary make for interesting reading. His favourite past-times seems to be calling his brother Noel a potato; though the fans may be openly disheartened by the thought of yet more aggro between the brothers, the feud heightens the fans’ adoration for Liam. His nonsensical tweets presenting strong political opinions and radical remarks on the music industry are somehow decipherable to the Mancs who speak his language. The Gallaghers’ coined phrase ‘mad fer it’ seems a fitting description of the fans hanging off his every word. 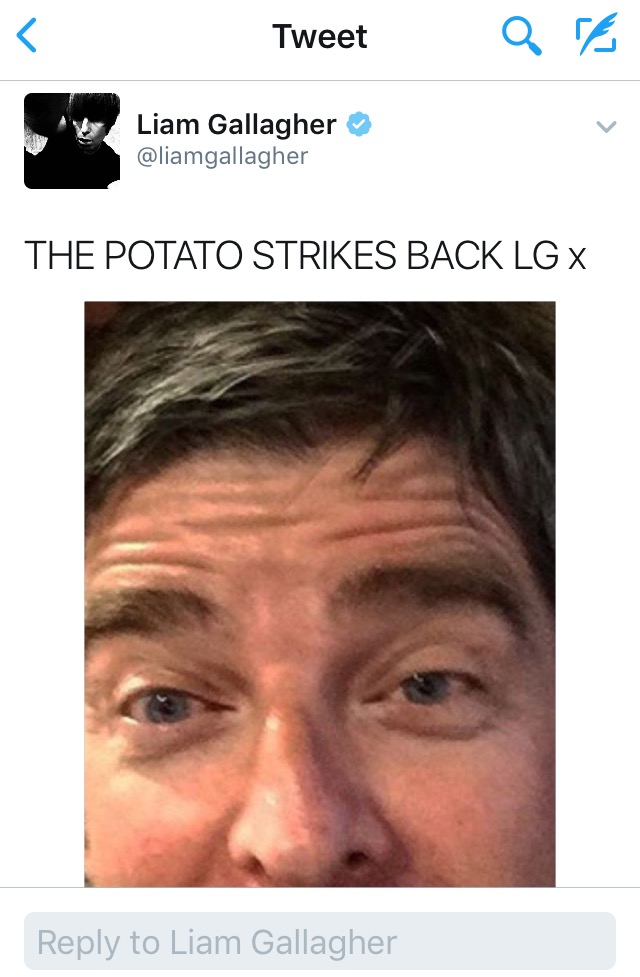 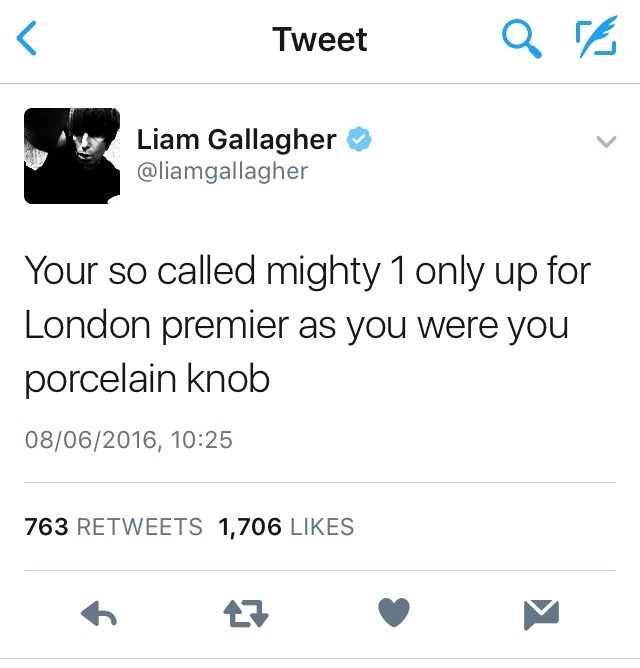 There’s no doubt that Liam Gallagher has defined an era of Manchester cool. As his own twitter bio states, he is a ‘National Treasure’, though hardly in the conventional sense, undeniably what makes him so heroic. He’s fought the system, done what he pleases, slagging off everyone in the process. The Q&A saw him call Noel out for being “posh”, saying he wasn’t at the premiere because he was probably “too busy in his big fucking house…eating tofu right now as we speak with a face peel on”. His ‘man of the people’ persona is massively respected by the fans.

The definition of cool, and Manchester’s own Champagne Supernova, how many special people change?