Protesters barricade themselves inside Business School

Around 30 students have locked themselves in there

A group called “Free Education MCR” have occupied the fifth floor of the Harold Hankins building since Wednesday afternoon at around 3PM.

They’re protesting against the privatisation of education.

In a statement released to the press, Drama student Jim Belles said: “We are occupying to reclaim space for educational ends. We are fighting for free higher education provision for everyone, funded by taxing the rich.”

Security have surrounded the building and were initially blocking people trying to bring food and drink to them. 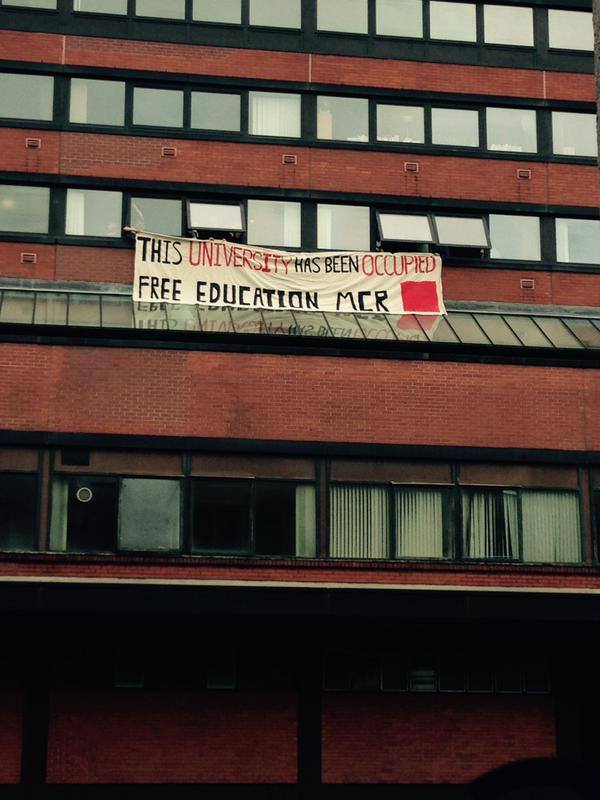 After the outrage, uni top brass eventually allowed people from the Students’ Union to bring food in and out of the building at around 4PM yesterday.

Overnight students who had wanted to join the protest were forced to spend the night on the streets, after security refused to let them in.

Speaking from inside the building, a protester calling himself Mac said that their aim now was to allow supporters into the building.

“We’ve has some people arrive with a tent across the road and we’re trying to appeal to the uni to let them inside. What we want is the security to open the doors open to get some lectures and talks in from students and staff.”

“They’re going to stay till we can get open the doors.” 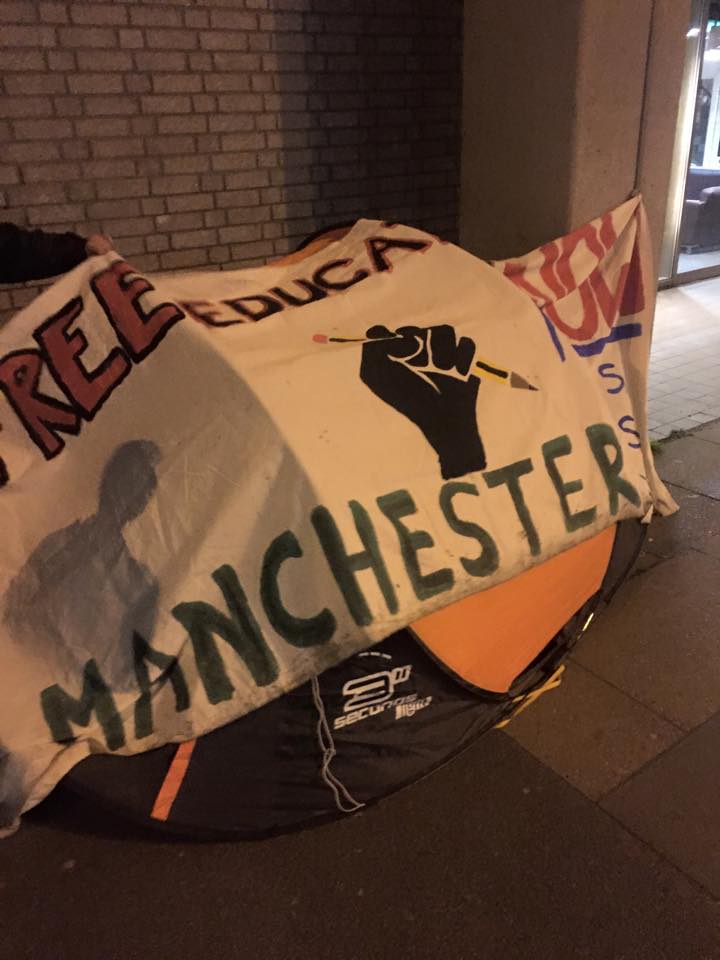 Forced to sleep outside

He added that university bosses have so far refused to let people join them because the occupation is disruptive.

“It’s a pretty abandoned and disused place. It’s not disruptive at all.”

Yesterday another protester calling himself Casper slammed university bosses for their “draconian tactics”.

“We are under siege and we have no way of getting food in here. It’s pretty disgrace to starve students out of peaceful protest.”

He added that security were also refusing to allow a hoover into the room, which he described as “quite dusty with a lot of debris around”. 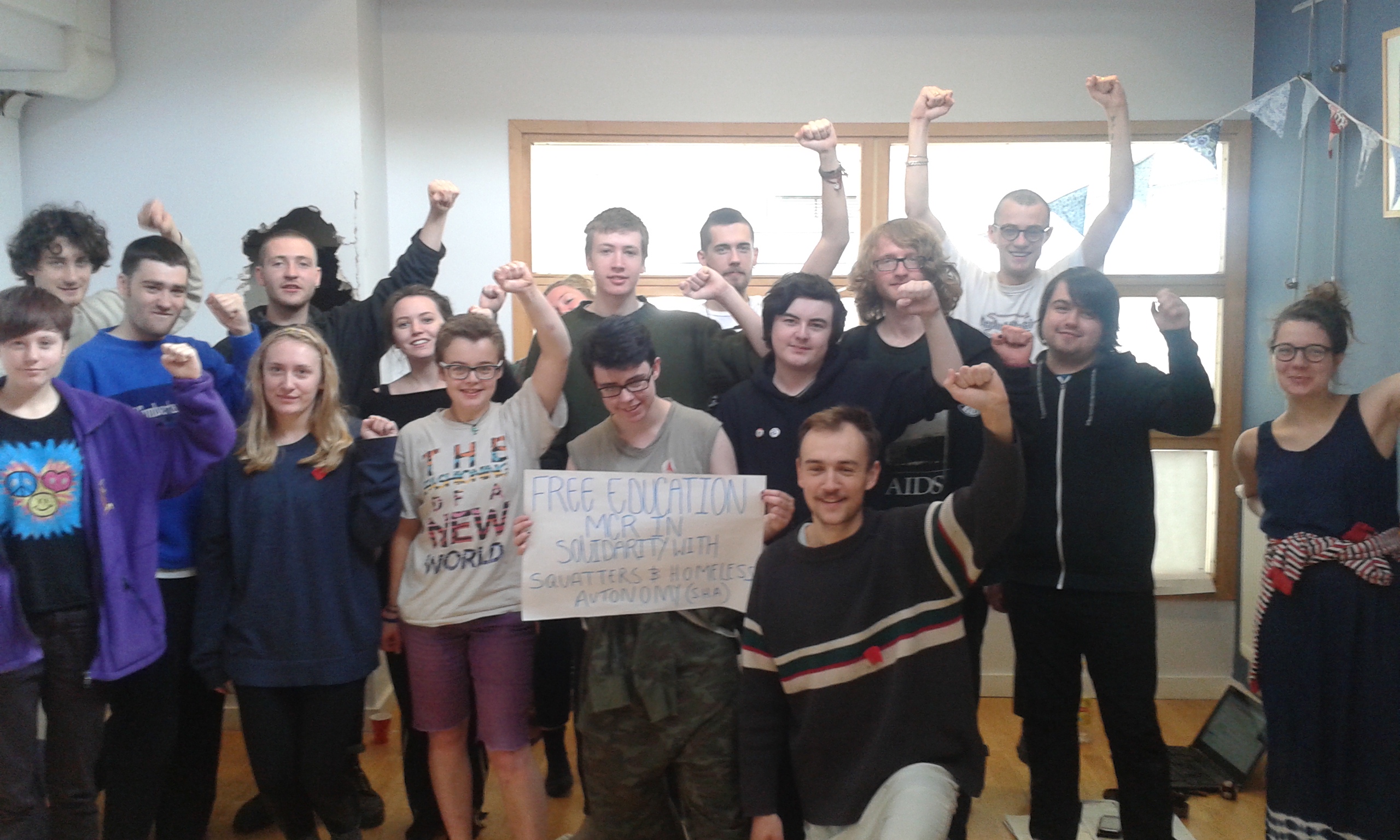 However, he was clear where the blame fell, “This has come from high up. It’s a classic tactic used by the University of Manchester to stop peaceful protest”.

Despite this, he said protesters remain defiant.  “Having security at every door at every exit is quite scary. But, ultimately the atmosphere is positive. We are going to stay here till the very end”.

Final year music student Naomi Wilkins was equally optimistic. She said: “We want to get open access and make this a free educational space”. 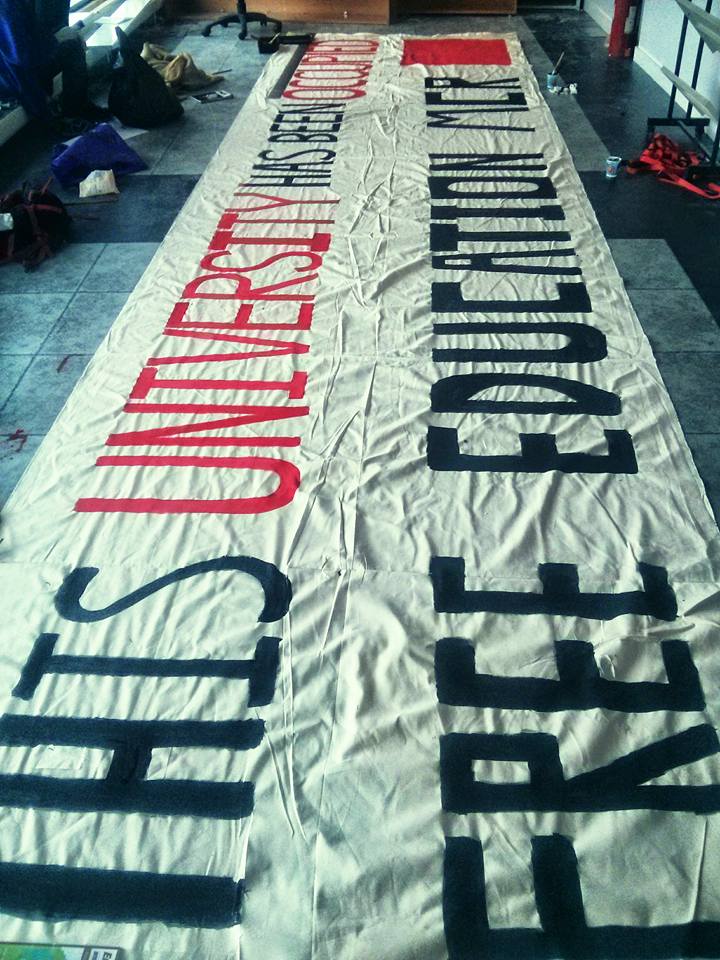 This Harold Hankin’s Buisness School is in the process of being developed into a £50 million hotel and “executive education centre” by the university.

A demonstration in solidarity with the students is planned to take place at 17:30 outside University Place. 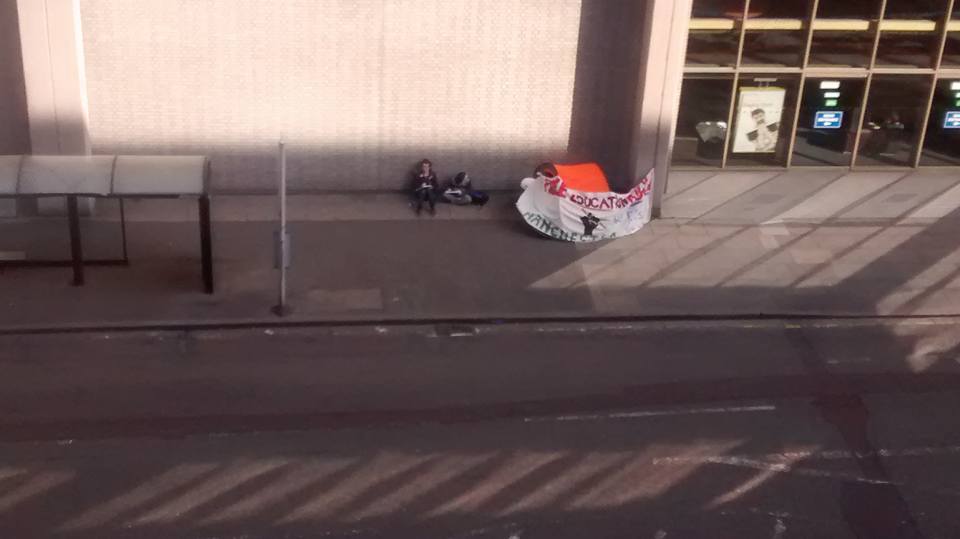 Fern, second year English and Drama was shocked that the university had initially prevented food and water reaching the activists.

“The fact they attempted to starve them out of the building is horrible. They have a right to protest and although I understand why the uni doesn’t want them there it still doesn’t give them the right to treat them like that.”

Free Education MCR calls itself a “free education campaign in Manchester”. The movement stretches back to the 2010 student protests.