What edgy piece of clothing is your uni?

All unis are different in their own special way. Some focus on sports whilst others on academics. All however, have their own style whether trendy or not. I asked students from universities all over to find out which "edgy" article of clothing floods their campus, day in, day out. 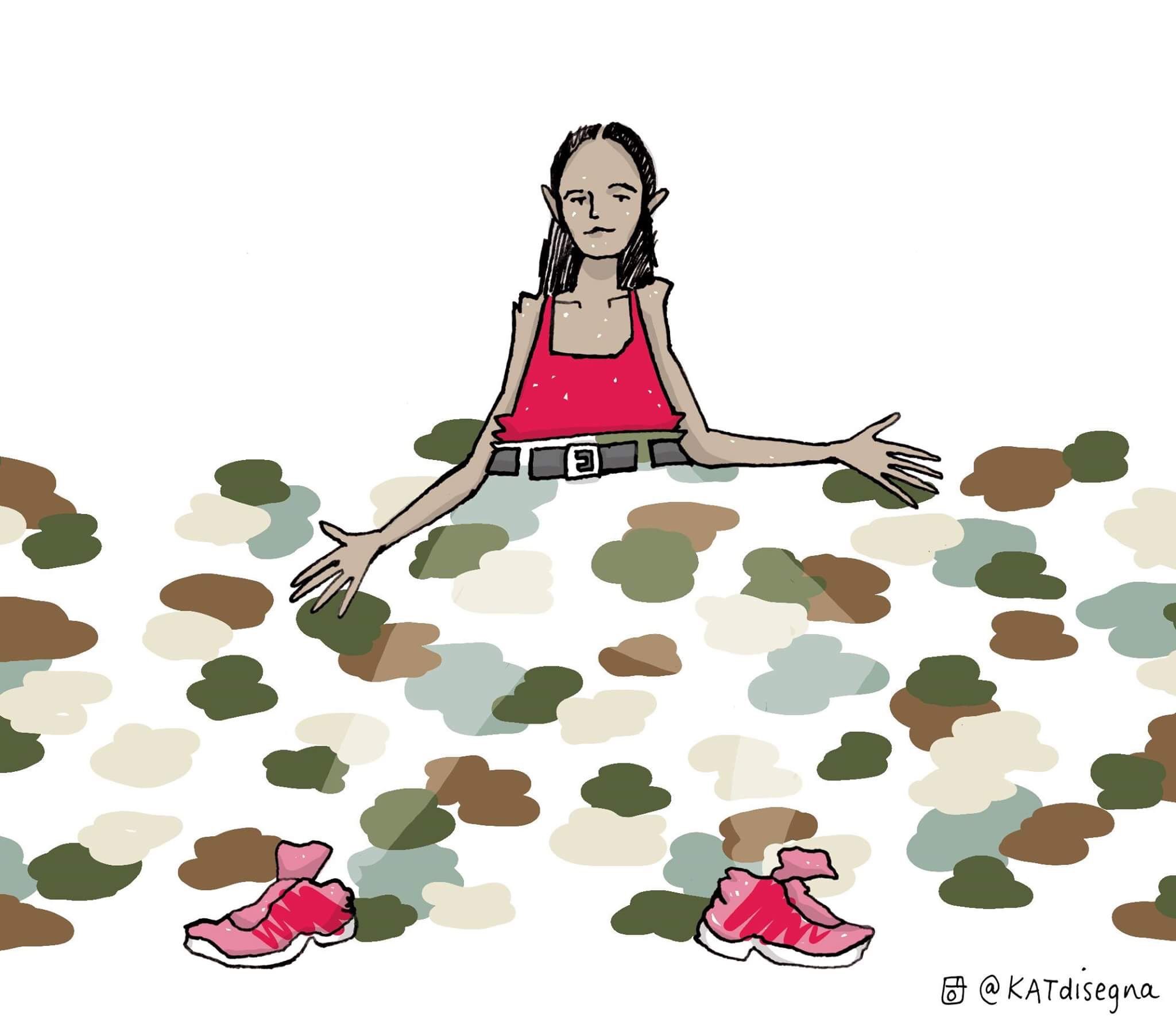 How much longer do we have to make the "where are your legs" joke until Newcastle students realise that we are insulting them. Camouflage trousers were built for Action Man and Vietnam, not the smoking area at Cosmic Ballroom. Wearing them with your Pink Nike 95's just seems completely redundant if you were in an actual jungle.

You know exactly which one I mean, the green Urban Outfitters Puffa jacket has somehow still remained relevant despite constant 'basic' stereotypes and a paparazzi style Instagram account. It's nice at least that extremely basic people are supporting the university's colours.

As a Leeds student, I think I'd be perfectly okay with never seeing a pair of culottes again. These baggy cropped trousers flood Bakery 164 every time you try and buy an overpriced toastie. There's always a constant fear that someone running in culottes could give a bystander serious whiplash. 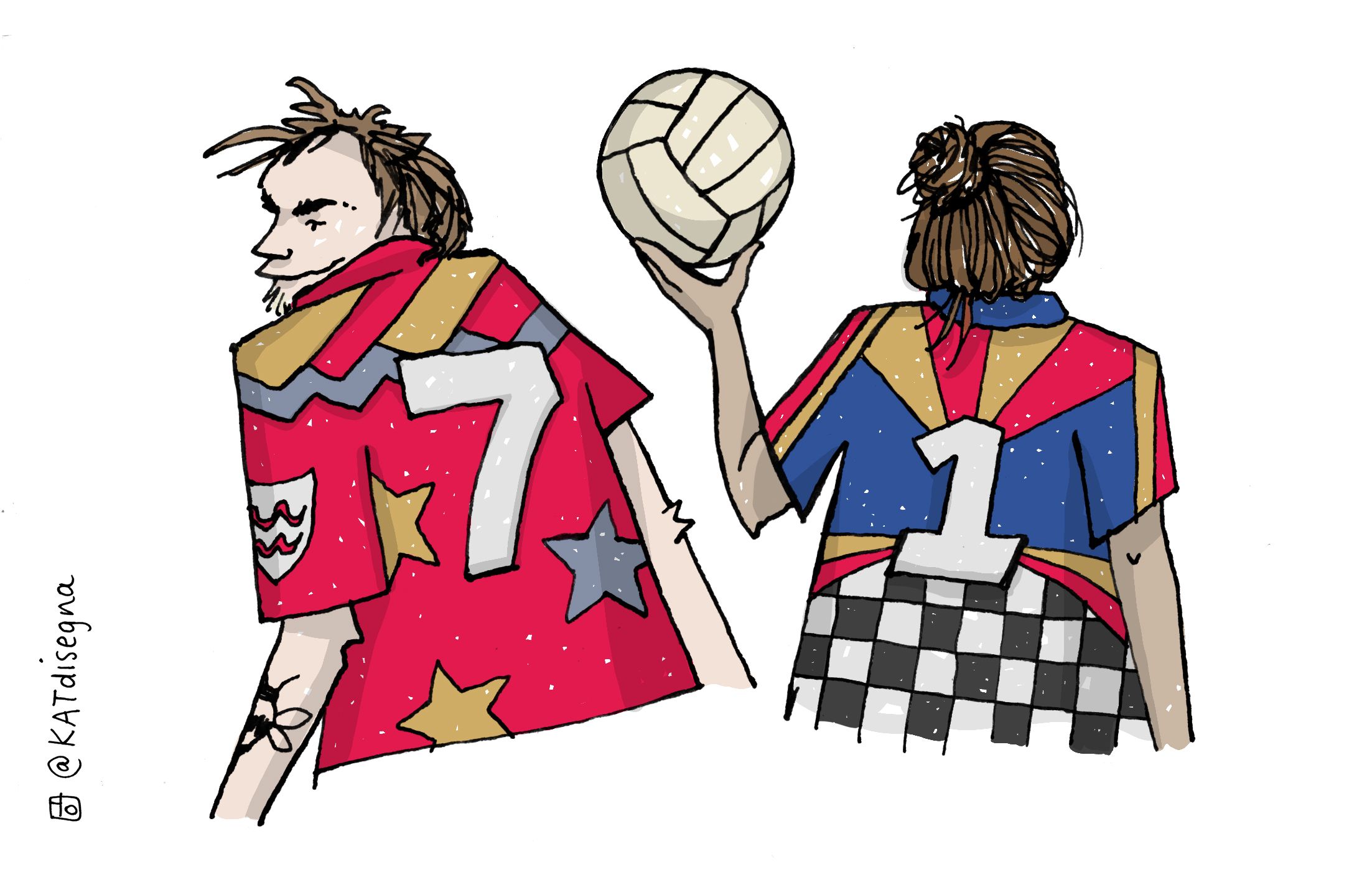 Manchester is seen by many as the football capital of the world, which is strange when you look into Antwerp and see boys and girls alike wearing vintage 1980's Holland shirts. No one here cares about which team they wear or the player on the back, they just want it to have the same colour palette as a box of American cereal. Don't forget to make sure it's as dirty as the rest of your 'Ketamine chic' look. 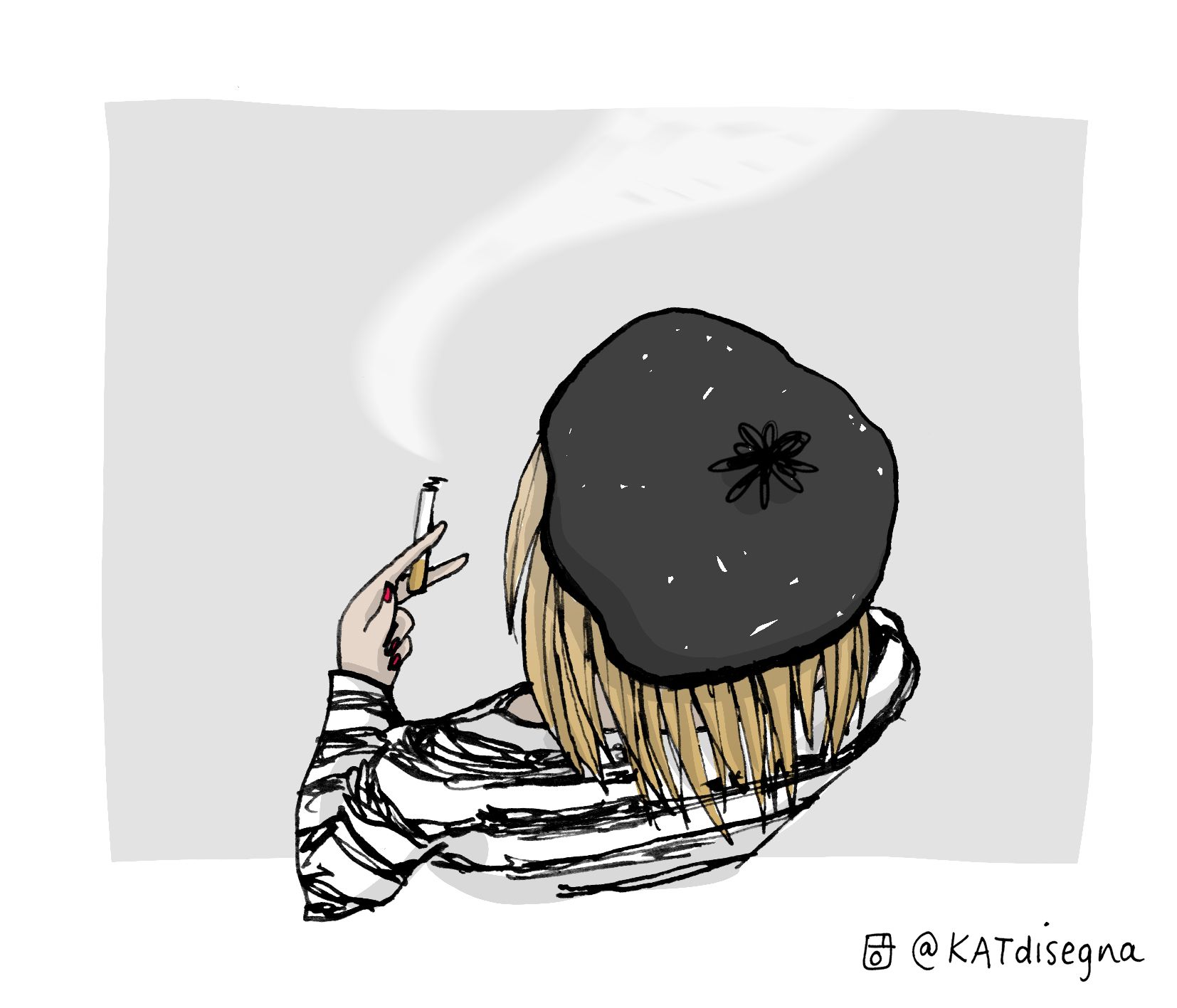 Oh of course, you've seen one Wes Anderson movie and I'm sure Edinburgh is like the Paris of the UK. You say you wear it ironically but truth be told, you think you look like a french movie star when you smoke a rollie outside an overpriced café. 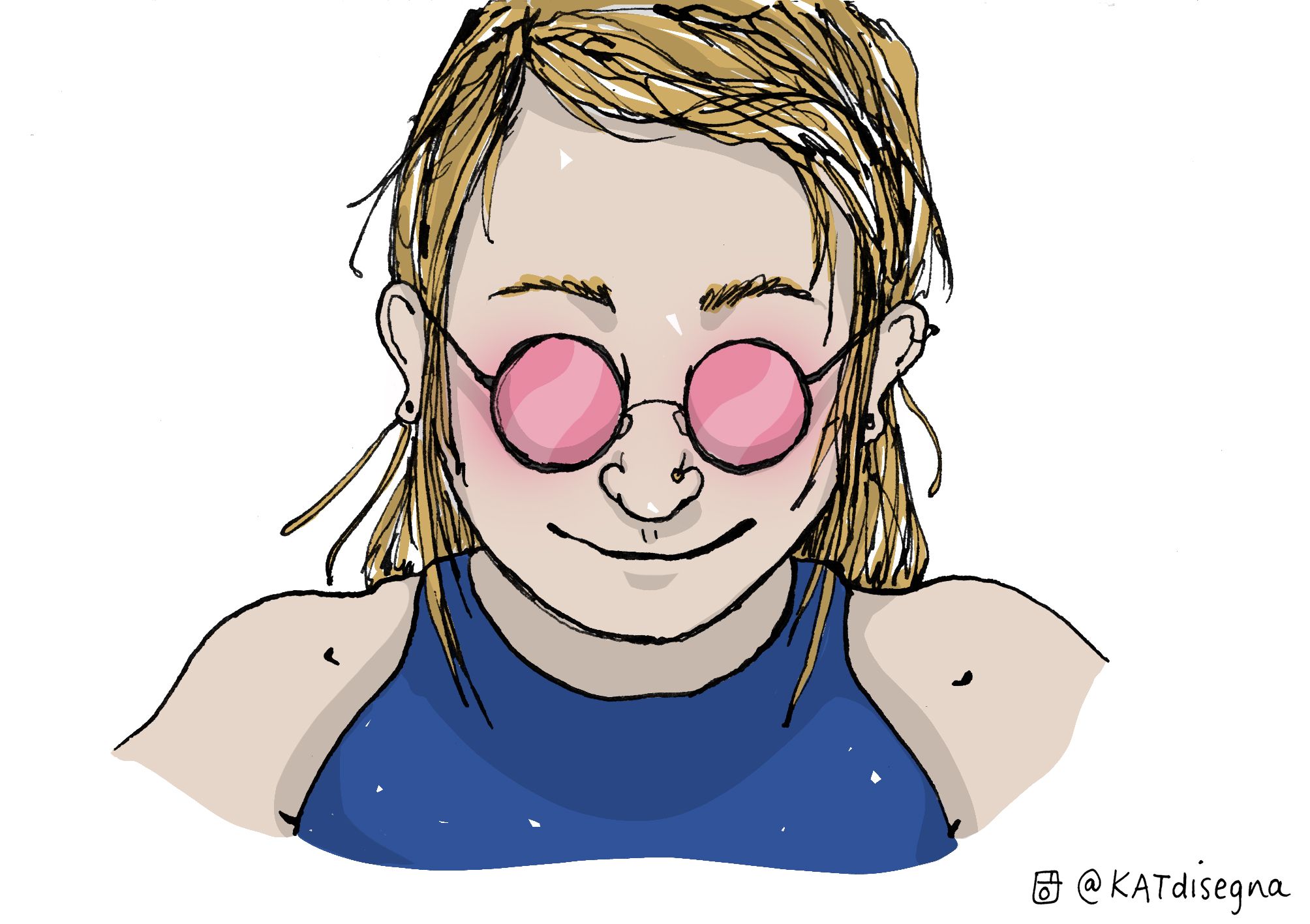 Arriving to university, one learns that the reason people wear sunglasses in clubs is to avoid the dreaded "wide red eye" in photos that thus can never make it to any social media platform. Yet Bristolians see it as a sign of pride to be publicly on drugs hence the tinted frames. Half Jimmy Savile and half 1990's Calvin Klein model, we all know which direction it leans towards. 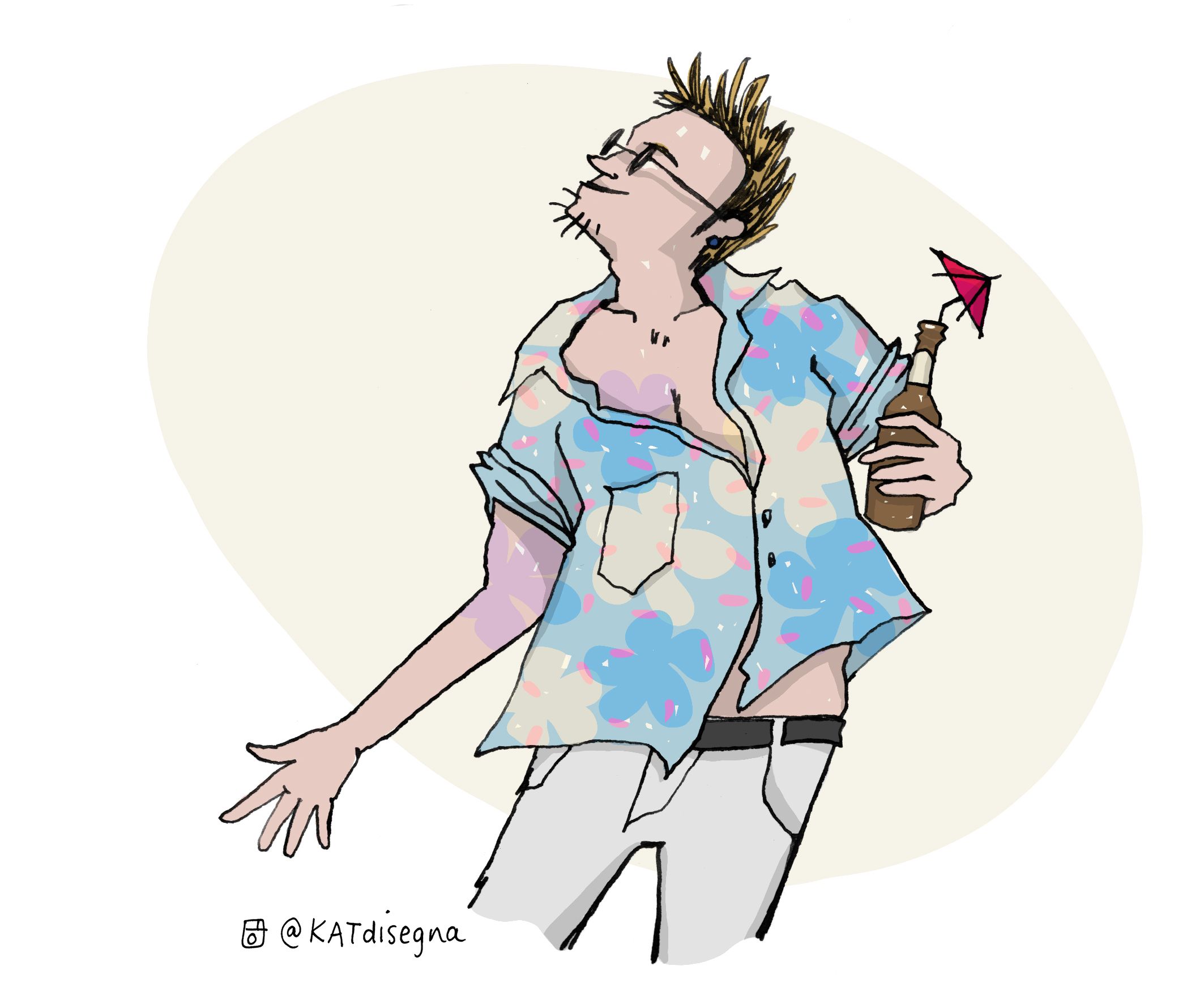 God bless students from Loughborough, they try, they really do. They will never be able to have the panache of "edgier" universities but at least they go to a charity shop and pick out something that would fit in a Macklemore music video 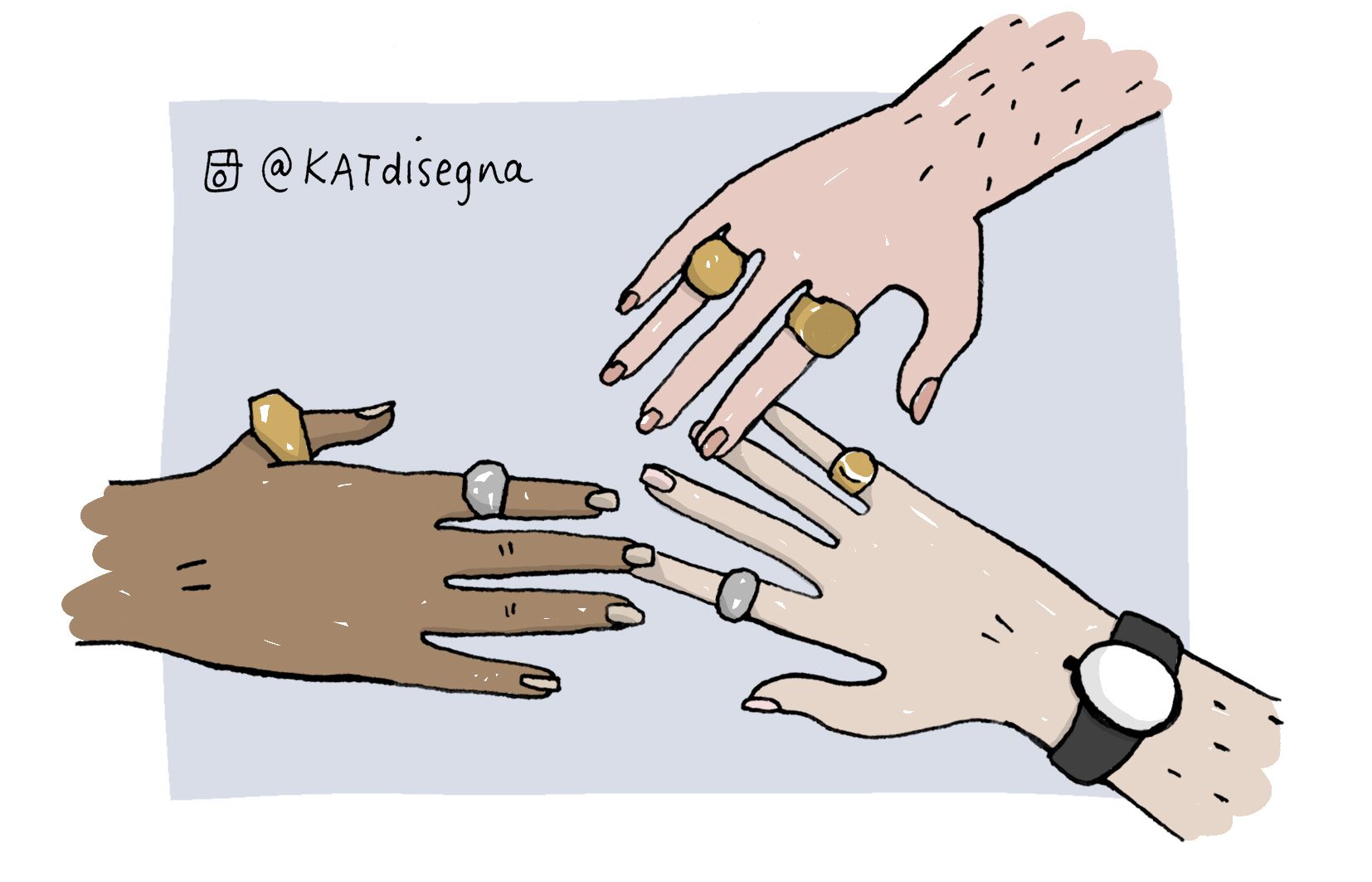 The problem with Durham is that I don't believe you could ever find a single piece of "edgy clothing" in its rural lands. The closest thing the students here think is edgy is their personalised signet ring, family crest and all. Wear it with pride on your pinky finger at your champagne social meetings, with your finest boat shoes and remember to cross the road if you ever see someone in trainers. 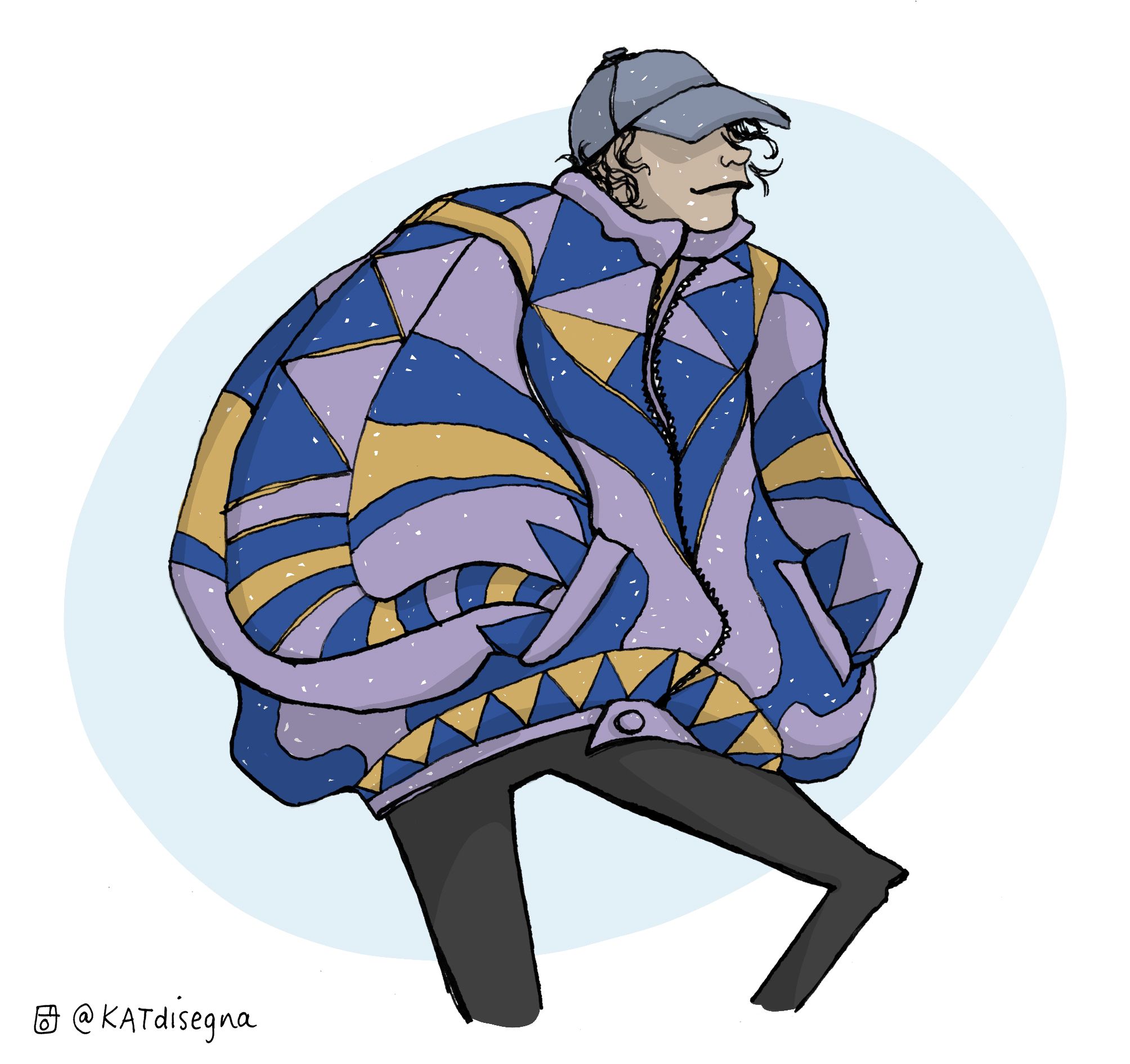 The younger sibling of Manchester, Liverpool students still listen to Two Door Cinema Club un-ironically and it shows through their 1980's sitcom style. Looking like Jerry Seinfeld is seen like a good thing here apparently. You either wear your jacket open and flapping about like a 5p plastic bag or zipped up to the top like you have Milway away in the Cup. 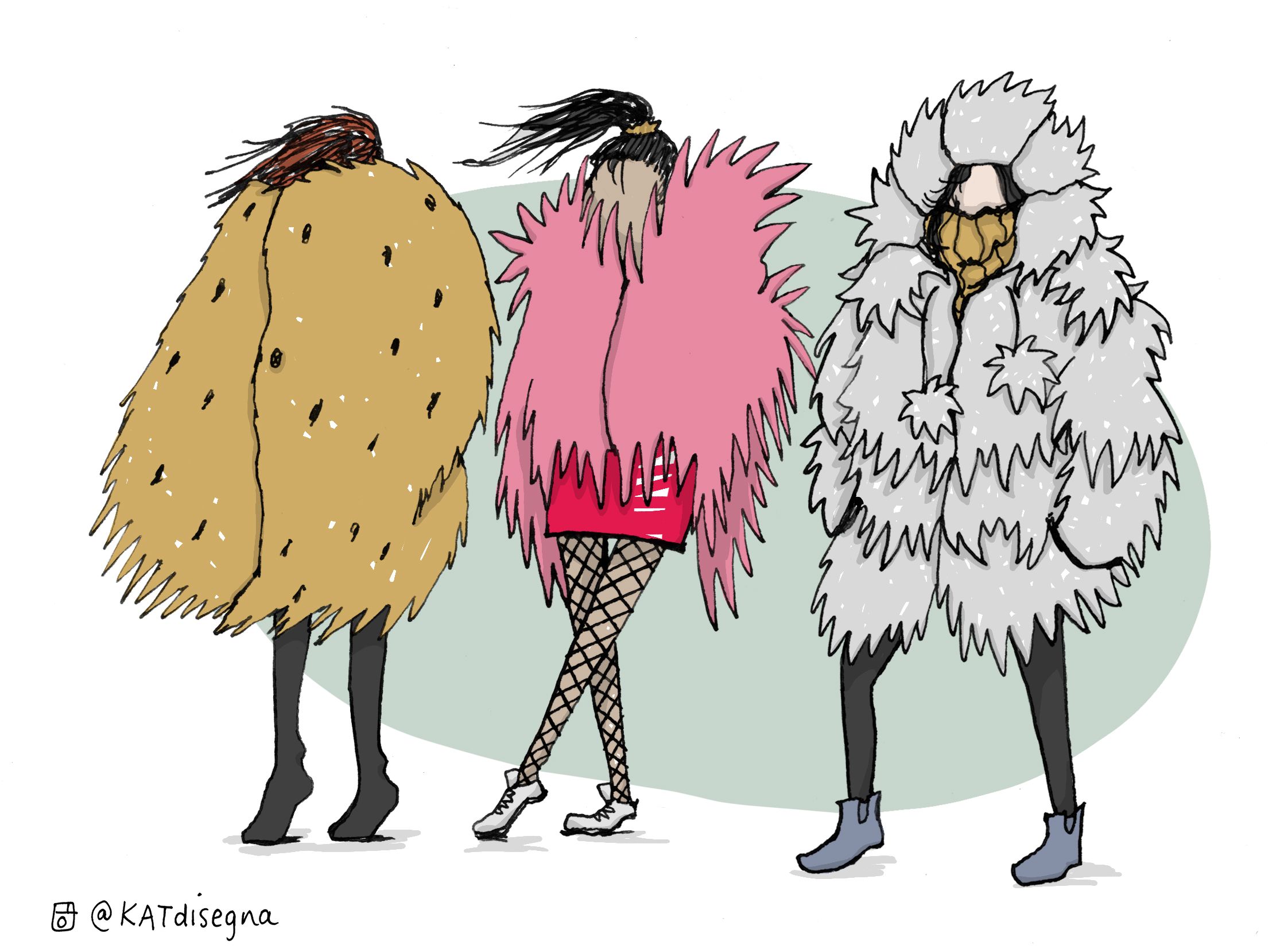 When you are located in the middle of nowhere in Scotland, it is imperative that you stay warm as well as in tune with the forager aesthetic. If you're spending most of your time walking past old crumbly buildings to the buy "nice" prosecco, you might as well be cosy.

Google "Oxbridge fashion" and I guarantee the first page of results will be how to dress for an interview there. In reality, the people at Oxford and Cambridge are nowhere near as snooty as Durham tries to be. Oxbridge students love to hide the fact that they're "just regular dudes". This may mean looking like a Jacamo advert but that won't stop them. Adorned in very reasonable brands like Fred Perry, Tommy Hilfiger and vintage Ralph Lauren, it's hard to kick up too much of a fuss when they wouldn't be out of place at a pub in South London.

It is hard to believe that what your grandad and Steve Jobs have in common now also applies to the Cardiff Uni ethos. Often worn when hungover at Café 37 and always spotted at Buffalo Bar. For some reason, they are always too tight on guys and you end up looking like a VK loving bobblehead. 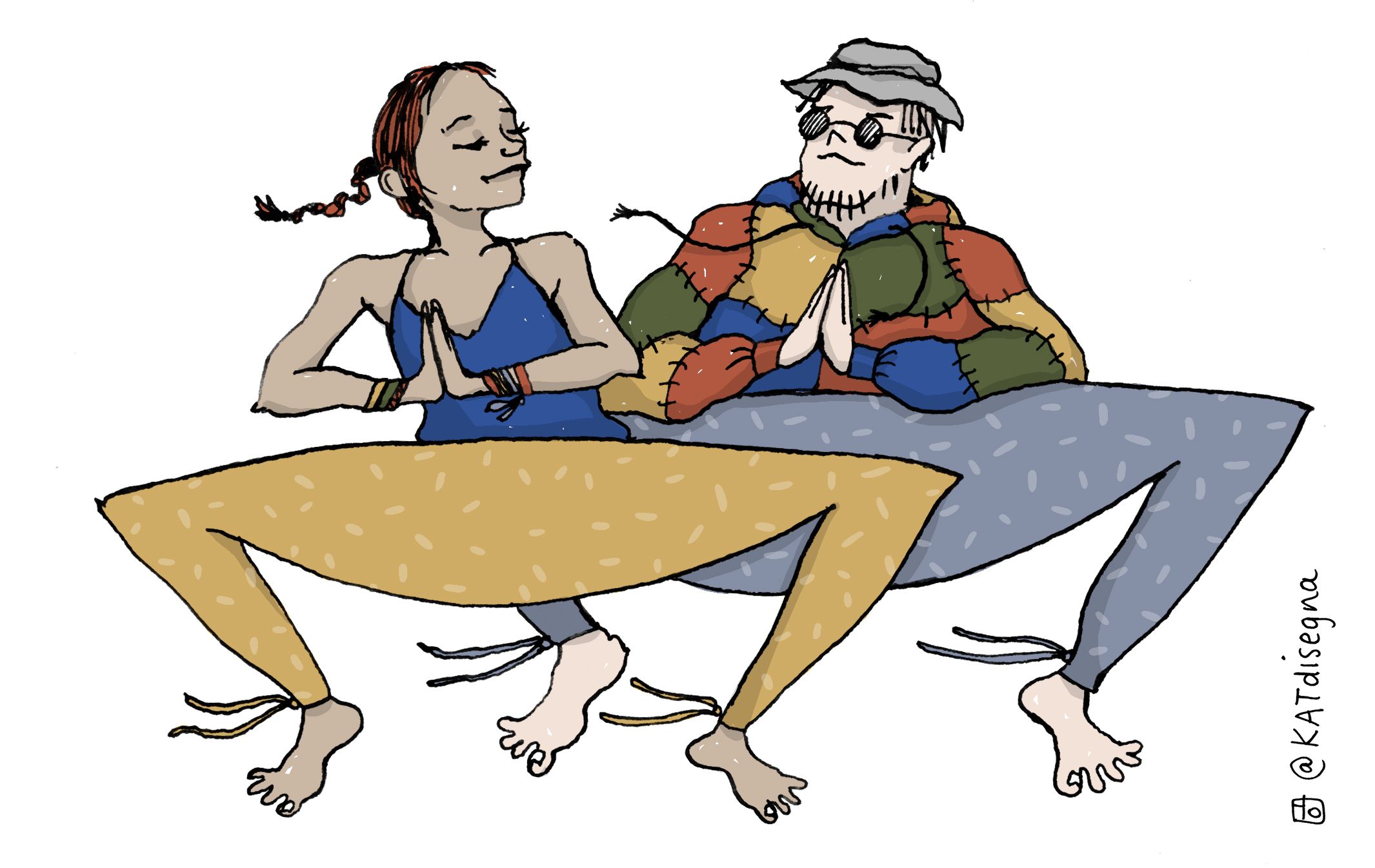 They'll tell you about how organic the cotton was in Vietnam and how they had to buy a dozen pairs, perfectly matching their tapestries and dreamcatcher's too. They claim that going to South East Asia really opened up their eyes to new culture yet they still get lemon and herb at Nandos. 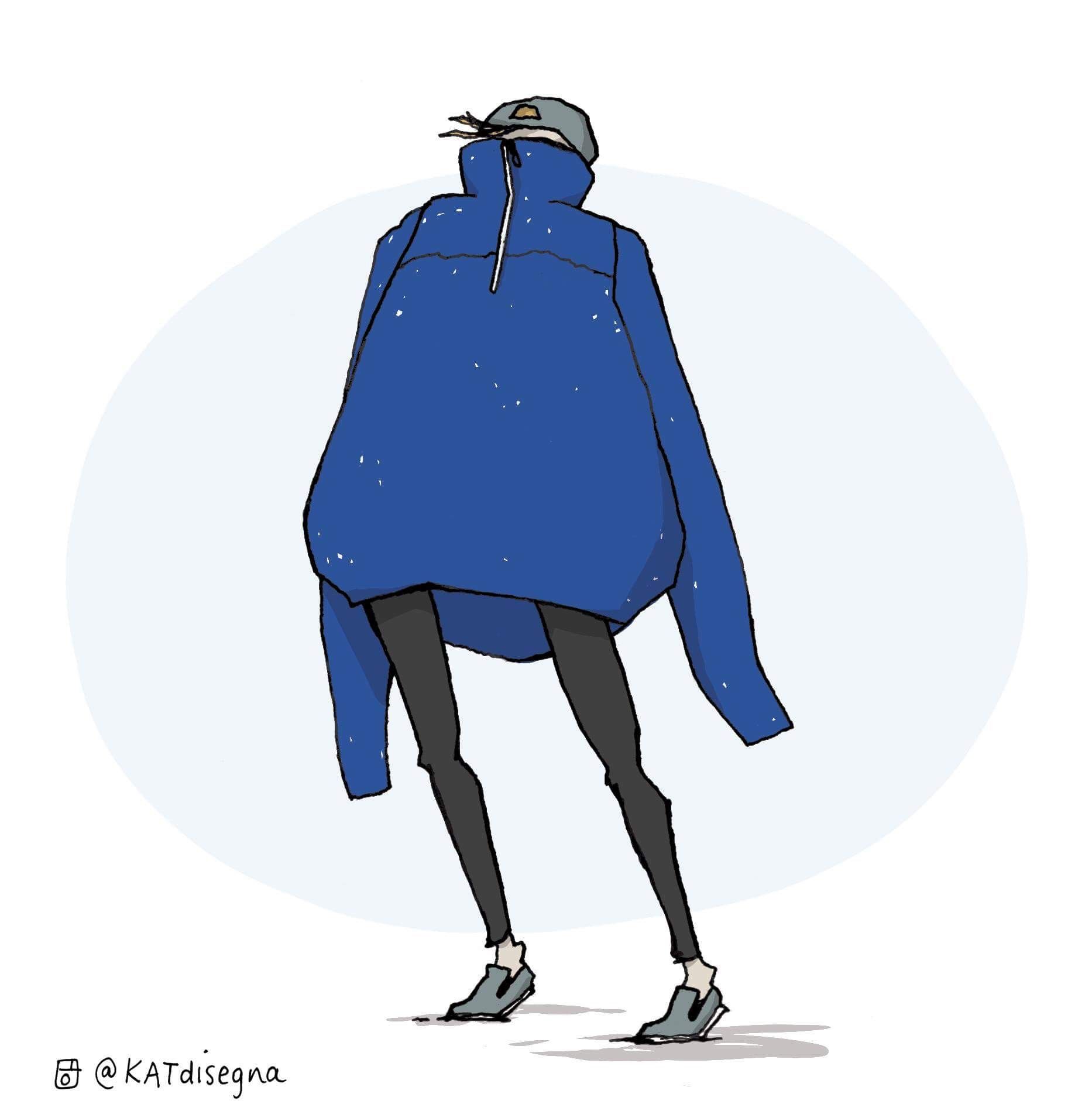 Who knew camping attire was so chic in the midlands? Boys in Topman stretch skinny jeans will be adorned in North Face or Patagonia, telling you all about how they are getting their music career started and to follow them on Soundcloud.

The boys down south look like semi professional football players; sporting bleach blonde hair. They claim they did it before it was trendy but we all know it was a dream for them to see Justin Bieber with hair like the Honey Puff Monster. Girls in Bournemouth meanwhile look like 2012 Tumblr blogs with pastel colours that would make Crayola jealous. Making sure their hair is in the most absurd plaits is also a necessity.