2 iPhones and a UE Boom were taken

Yesterday it was reported on Overheard at Exeter that there had been a break-in during the night of Monday 14th January in the Mount Pleasant area, near to the local Henry's Bar.

The occurred while one of the students was on a nightshift, and it was posted that the thief climbed through the window of the student house. This was thought to be broken however "it would appear that [the thief] fixed it" during the incident. No one was hurt during the burglary.

A second post on Overheard detailed the items that were taken, including "two [fake] Daniel Welington watches", two "very very broken" iPhone 5s , a bottle of Jack which had not been opened in five years, and two speakers. The burglar reportedly left £10 on the residents' bedroom floor. 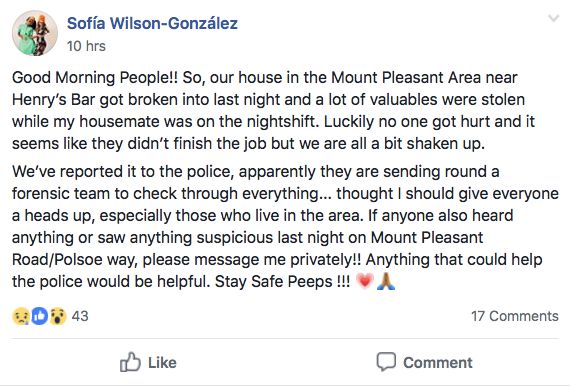 Sofia told The Exeter Tab they hoped the police would continue to "raise awareness on general home security and contents insurance cover with student contracts."

Devon and Cornwall Police told The Exeter Tab: "Police are investigating burglaries to two addresses in Mount Pleasant Road, Exeter, which occurred between 1am and 2am on 15th January."

While there is currently no description or knowledge of identity of the suspect/suspects as the incident was only discovered later that morning, "police investigations are ongoing ." 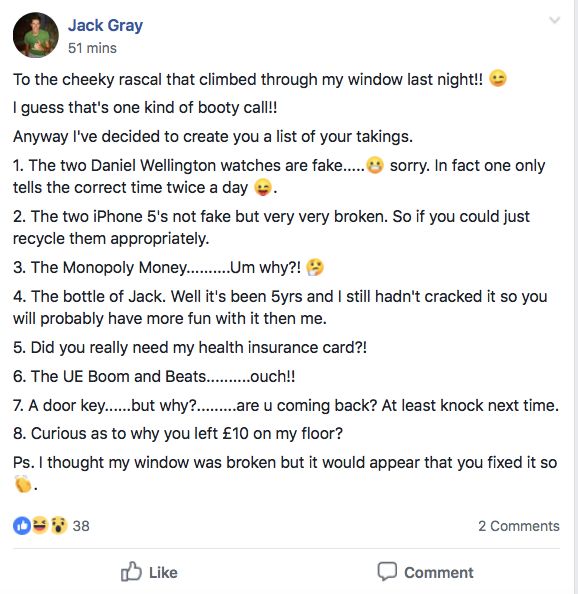 This incident of breaking and entering comes after Overheard posts describing a man in "his late 50s/early 60s" walking into students' houses towards the end of 2018. 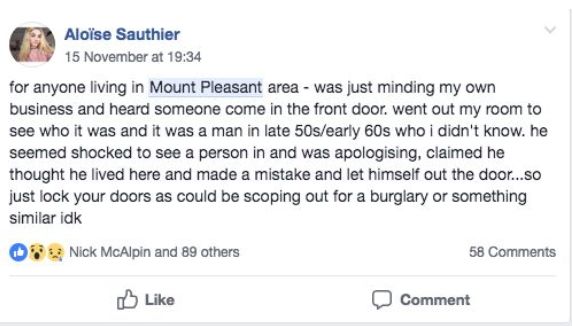