They looked a state

Over 15 students arrived before 5am at the offices of Cullen Property on Monday morning in the hope of securing a flat.

Freshers Emma Coles and Clara Gledhill arrived at 4:30am after their agent told them the first group to their offices would be given the four bed flat they wanted – but they still did not arrive early enough to win it.

Politics and philosophy first year Emma said: “We were prepared to stay there for a few hours, so were pretty disappointed to see another group already there. 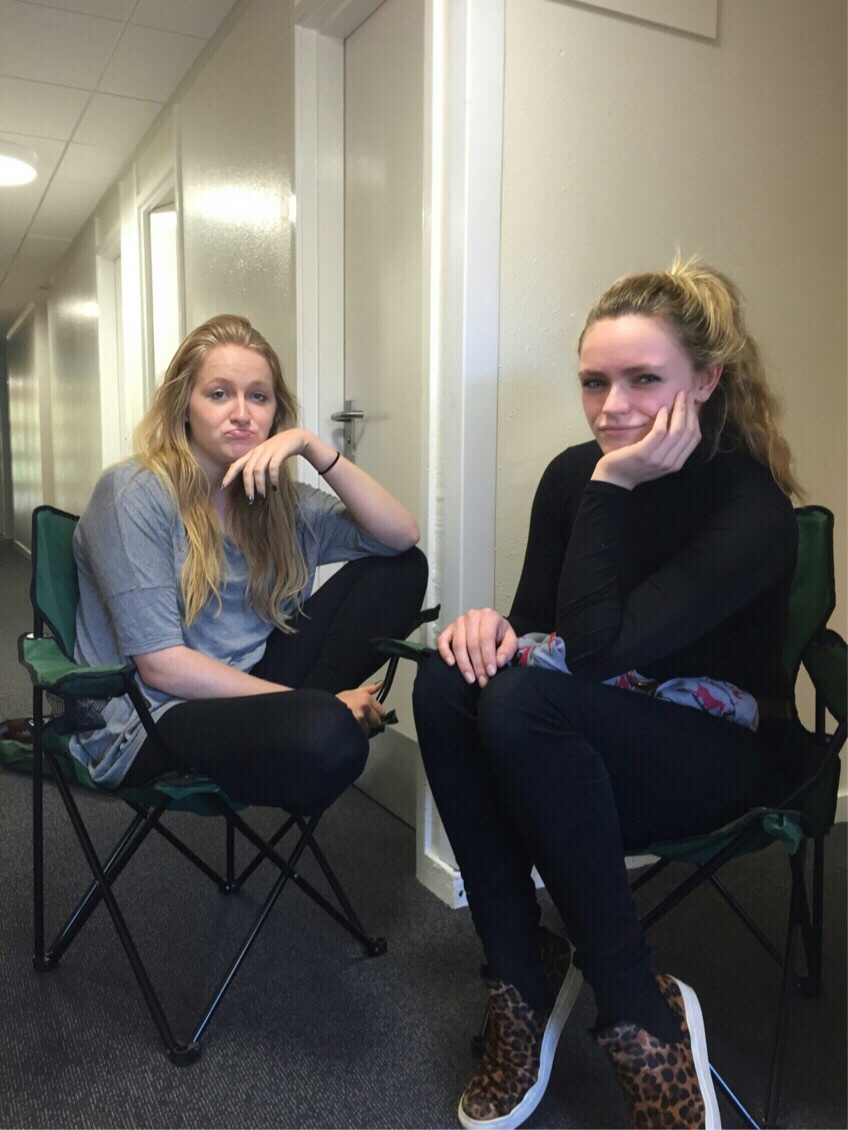 They were very tired.

“We brought camping chairs and blankets in preparation and we were going to arrive at midnight had it not been for the cold weather.”

When asked why they and the other group arrived so early, Biology fresher Clara said: “Our viewing was on Friday at 5pm, so their offices were closed by the end of it,  so we had no idea when people would get there.

“The estate agent then told us that people in the past have queued from as early as 10pm, and just last week someone queued all night.”

According to Clara, if the agent had not said anything, they would not have come so early.

Zaina Sharif, a first year Medic, arrived in another group before 5am hoping to rent the same property. She echoed Clara’s comments and said: “We got there at 4:45, though basically because the estate agent told us that people had camped out in the past starting from 10pm the night before.

“I spoke to the guys who got there first and they camped from 3am.”

This appears to be a fairly regular occurrence, as two more groups camped outside Cullen Property on Wednesday morning.

When contacted for a statement, Steve Coyle, the Operations Director of Cullen Property said: “Our rental process is under constant review to try and find the fairest and most convenient system to suit our rental applicants.” 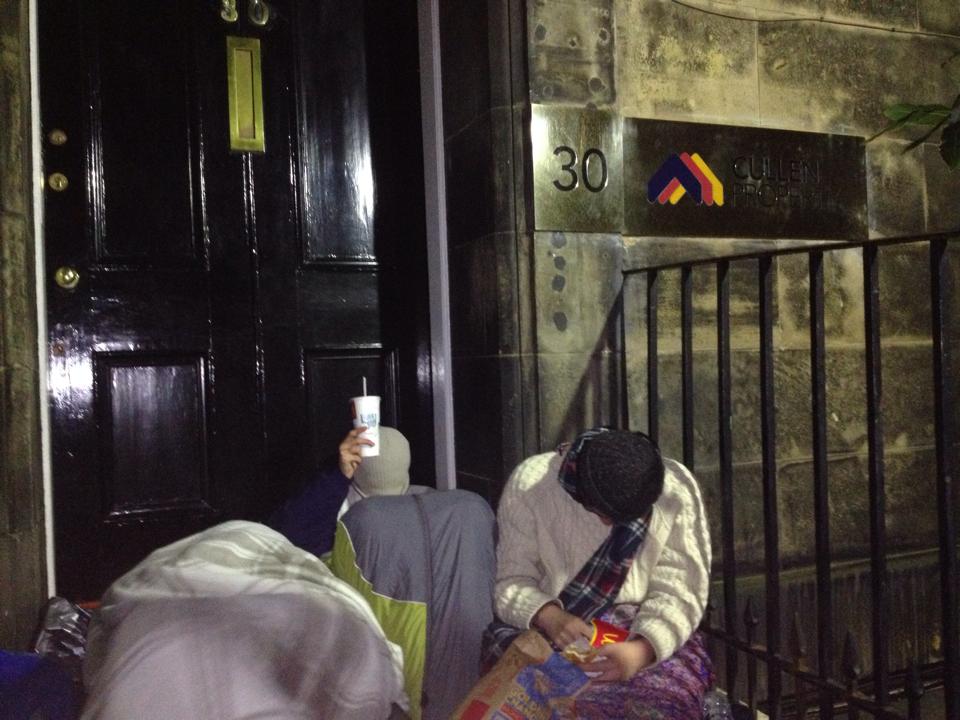 Camping outside Cullen at 3am.

On whether or not the current system was indeed fair, he said: “We have decided that the first come, first served approach, whilst fair, isn’t the most convenient. So we have just moved to a ‘ballot’ approach that we believe to be both fair, convenient and ensuring that our tenant is looked after throughout.”

Coyle attributed the trend of camping overnight to “students who are told by peers that they need to arrive really early to secure their first flat.”

However, it is clear that had it not been for the estate agent telling the students about previous campers, they would not have spent the night in the cruel, cold conditions.

Which RuPaul Series 12 queen are you based on your degree?