1985 saw the establishment of the Koestler Parapsychology Unit (KPU) at Edinburgh University  which focuses closely on a number of ideas including “the possible existence of psychic ability” and “belief in the paranormal”; basically everything spooky.

The programme has been part of the curriculum in Edinburgh since 1963 but it wasn’t until the writer Arthur Koestler left a sum of money in his will for a unit to be established in Britain that it started as an individual programme. However the unit hasn’t made any breakthroughs in the world of ghosts and ghouls… yet… 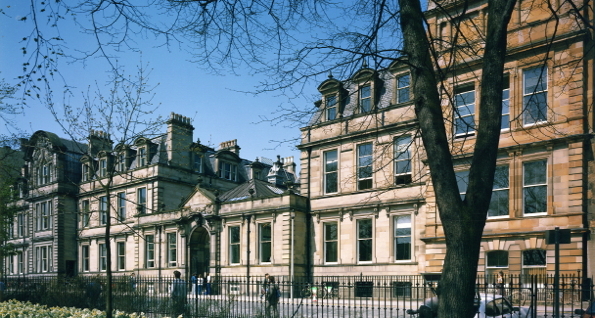 The unit is housed in the Psychology buildings in George Square

Parapsychology is the study of conciousness in a number of areas including telepathy, clairvoyance, reincarnation and precognition. It was an area of study which was founded in the late nineteenth century in Britain and the UK has stayed at the head of international research since. Edinburgh is the only University in Scotland with a parapsychology unit and (not surprisingly) has been heavily criticised for it over the years.

It’s not the most popular course at Edinburgh with a drastic total of just three students.

The Unit has recently started an online course aimed at the general public so head over to their website if you fancy broadening your study options.

Edinburgh is likely to enter level three in the new system

Forget Hinge and Bumble, Edinburgh Goes Dating is back and better than ever

We know you’re not doing anything else

He got into fashion after attending military boarding school

What type of Edi pandemic student are you?

Fingers crossed I’m the productive one

Blink and you’ll miss it

This is what your trainers say about your Edi student vibe

Buffalo girls like to pretend their parents aren’t Tories

Pubs and restaurants to remain shut for another week Nicola confirms

Until the new system begins on 2nd November

‘He super-liked me just to say that’

The theme for 2021 is distortion

Freshers in Edinburgh halls found dead mice in their pantries

Pictures of the mice were posted to the Pollock Prisoner Instagram

Go food shopping and we’ll tell you your student vibe

Do I need to delete insta ASAP?

Please don’t be the flat parent

‘It’s ridiculous’: Edi students are still waiting on their promised £50 voucher from Uni

It was promised 12 days ago