Palatinalps 2017 has launched: The Profiles

Meet your tour guides for 2017

Six years ago, Palatinalps was conceived by members of the DUSSC who realised that if all the colleges put aside rivalry and united, students could come together to enjoy the biggest and best ski trip that Durham University could offer.

In previous years, Palatinalps has visited Les Deux Alpes, Alp d’Huez, Tignes, Les Arcs and Val Thorens and been joined by the likes of Sub Focus, Sir David Rodigan, Eton Messy and Chase & Status, to name a few. Growing each year, Palatinalps now takes 1500 students to the Alps for the most highly anticipated week in the university’s social calendar .

Last January, Palatinalps ventured for the first time to the much-anticipated Val Thorens. There, they hosted the wildest après in the amazing 360 Bar and brought Chase & Status to the largest club in the Alps. With both Tignes and Val Thorens offering some of the biggest and highest-altitude skiing in the Alps, where will Palatinalps be returning in 2017?

We present, the 2017 Committee 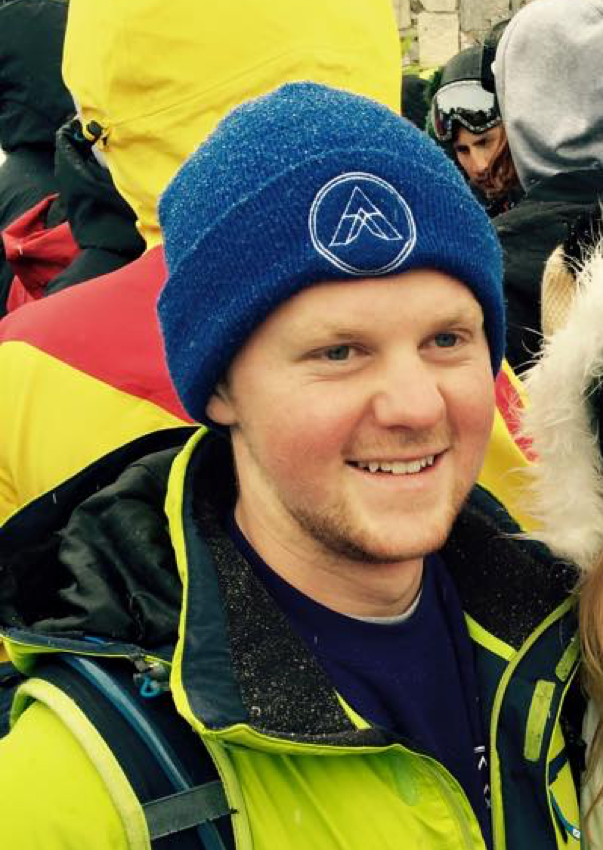 Given half a chance to organise something and Charlie will get involved. Steering last year’s Palatinalps to financial success as Treasurer, Charlie returns at the helm of the operation as President of Palatinalps 2017. He only promises that this year will be wilder than ever. Never out of contact and often seen with a beanie firmly plugging his clothing brand, Apex Apparel, entrepreneurship is a full-time job for Charlie and we are sure that the trip is in safe hands. 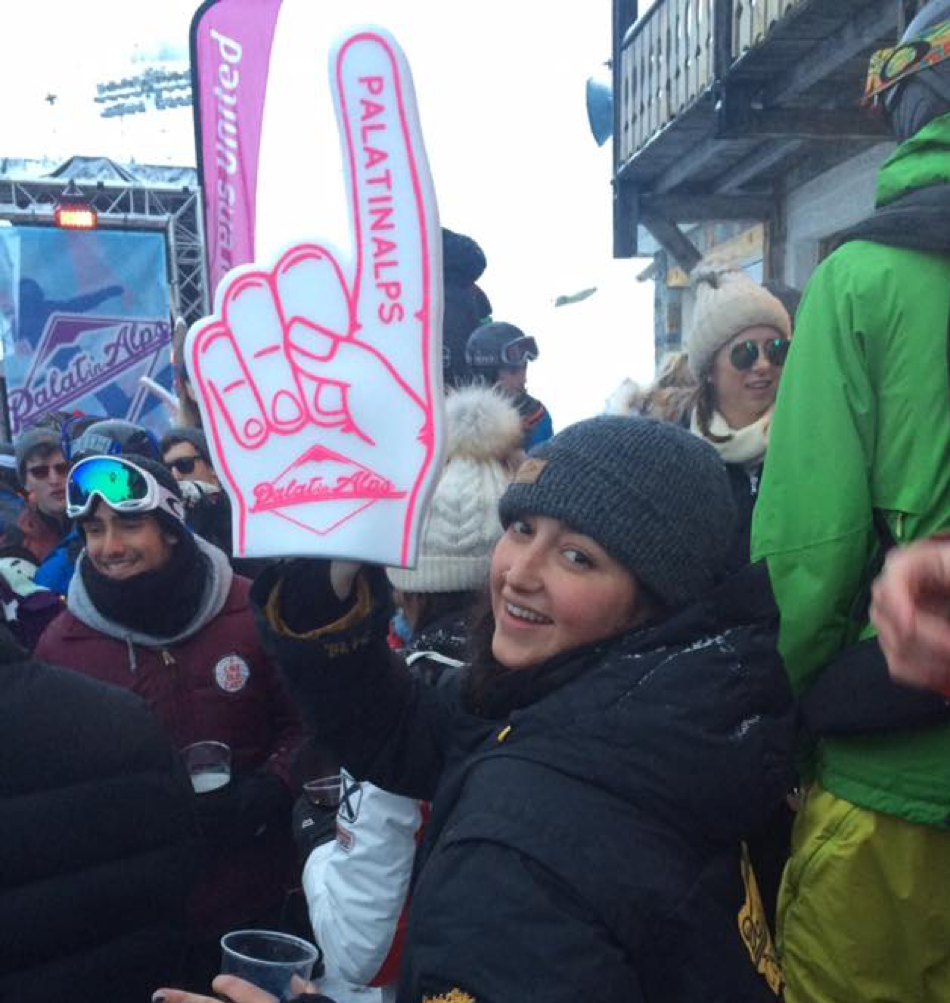 Moving on up from her role as Media & Marketing Coordinator last year, Anna becomes Charlie’s no. 1 Angel as Vice President in 2017. Here, she will persevere with her famous cyber-confidence in weighty promises that this year too will be the ‘biggest and the best yet’ and bombarding your Facebook newsfeed with ‘steezy’ videos. Her motto ‘you can never be too keen’ is something she advocates not only on social media and the slopes, but also at 4am in Digital. 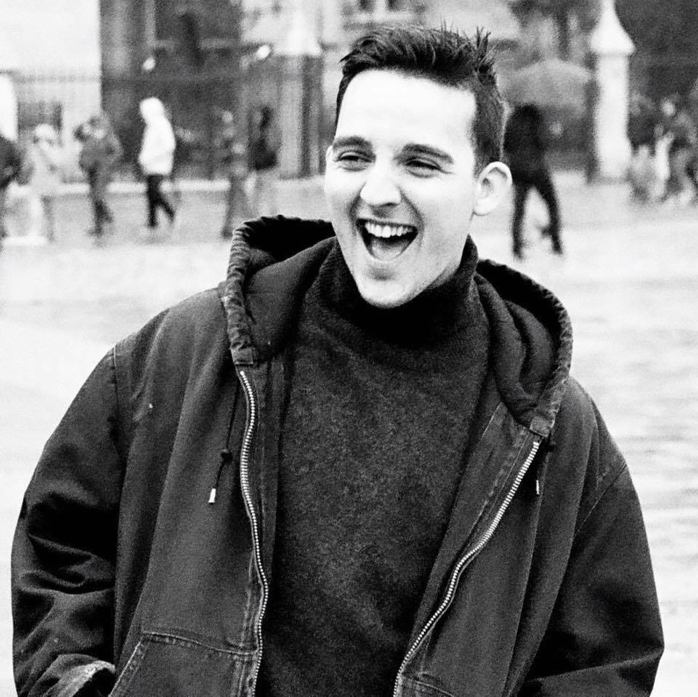 A bigger name in the Durham music scene than Basshunter, Robbie, our events man, has the enormous task of managing the university’s renown party scene in the Alpine mountains. A beginner on the slopes, but his list of accolades makes him perfectly suited to this position: having set up the acclaimed Signal Terrace parties back in his second year, Robbie then took his skills to Beijing where he set up China’s first ever Boiler Room, breaking the record for viewing numbers across the world. 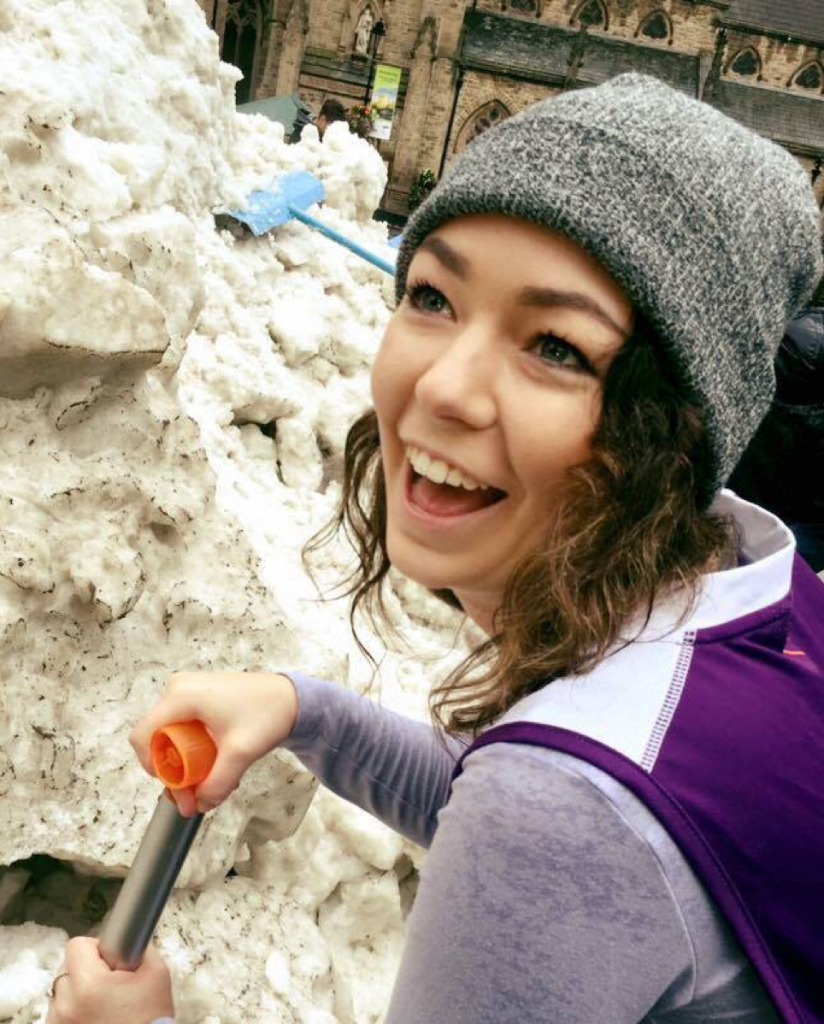 Seasoned racers and keen amateurs compete in what is always one of the most exciting days on the slopes: Palatinalps comps. As previous DUSSC Freestyle captain, current DUSSC president and proud owner of a shredded ACL, Liv is this year’s Competitions Coordinator. Having competed from the age of 4 months she’s the ideal candidate to head what’s shaping up to be Durham’s most explosive ski competition yet, and has some gnarly prizes in store for the future winners. 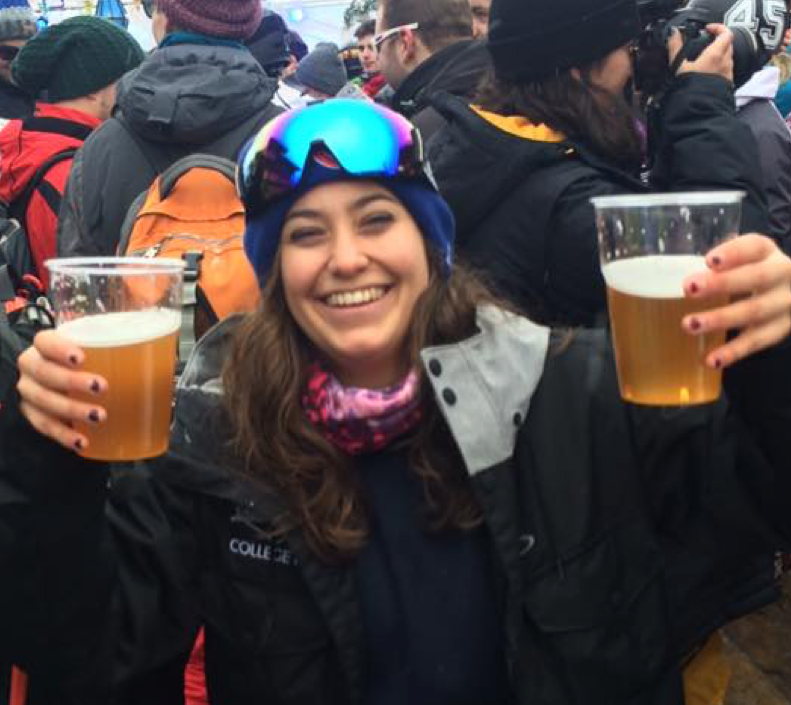 The face of the Palatinalps video 2016, Annabel’s skiing and aesthetic reputation no doubt precedes her, and no introduction is needed here. As she enters year three of her Sport Science degree, Annabel is confident that she will find time around her studies to ensure that our College Reps are assembled and ready for duty throughout the year and on the trip in January 2017. 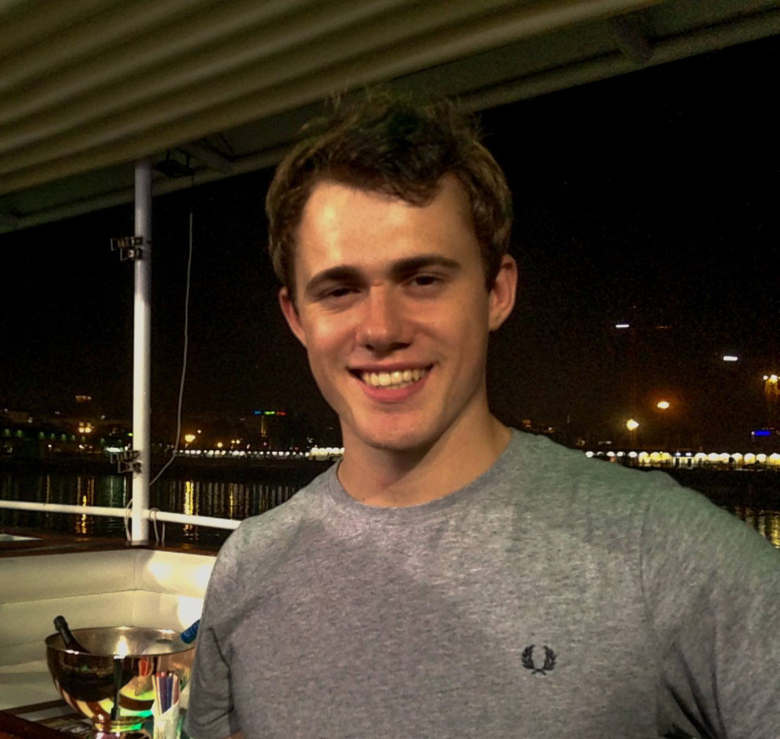 In an effort to avoid the inevitable transition to a boring desk job, Mark sought position of Treasurer for Palatinalps 2017. His penchant for correcting people’s mistakes applies most strongly to himself and his endless spreadsheets, making sure that no cent goes out of check. Always trying to be more edgy then the average physicist, his role was a welcome string to add to his (strong)bow. We trust Mark to keep watch over the Palatinalps 2017 budget and his extravagant colleagues with a careful eye. 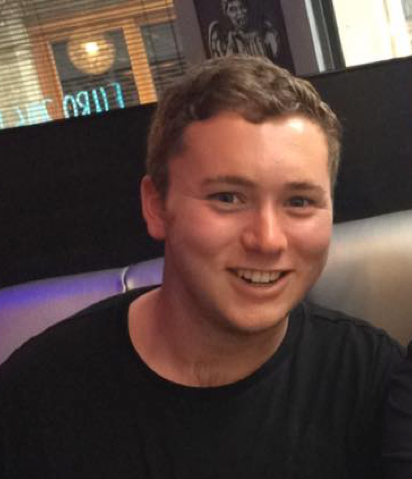 Running an event for over 1000 people demands a website which sees hundreds of page visits monthly; none are more suited to grapple with these hi-tech chores than Eddy. His portfolio at Durham includes managing the music and lights at the infamous Mary’s Formals, as well as developing and managing apps and websites. This year the piste is sure to be filled with phones uploading their snaps to our Facebook and Instagram online competitions, ensuring enough Palatinalps FOMO is induced for those back at home. 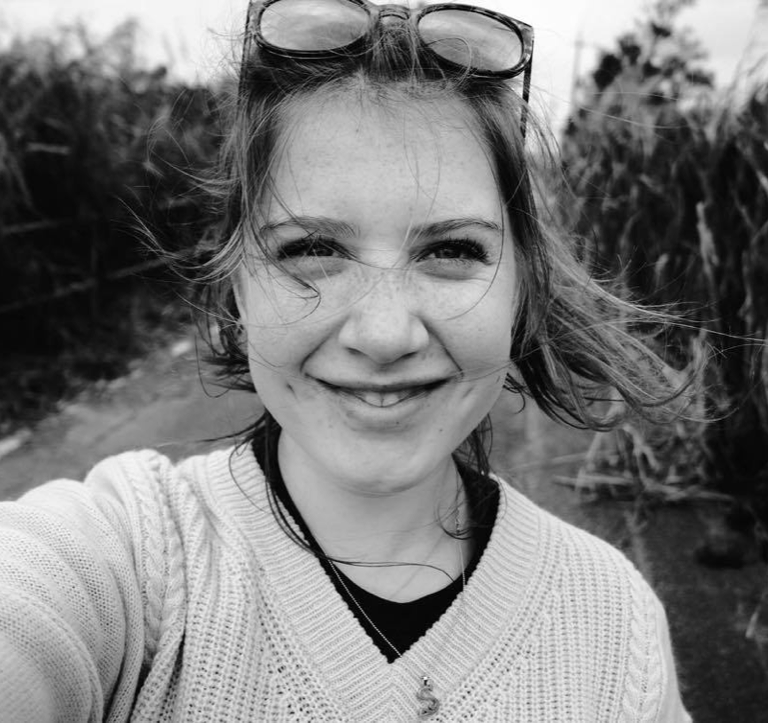 Since winning a National Art Prize at the tender age of 14, the creative juices have kept on flowing to become the mastermind behind Palatinalps 2017. When she isn’t making art you’ll catch her in downward facing dog, sipping the latest health fad in a bottle, making a new to-do list, writing Chinese characters or practicing horrendously funky shapes in prep for the d-floor. 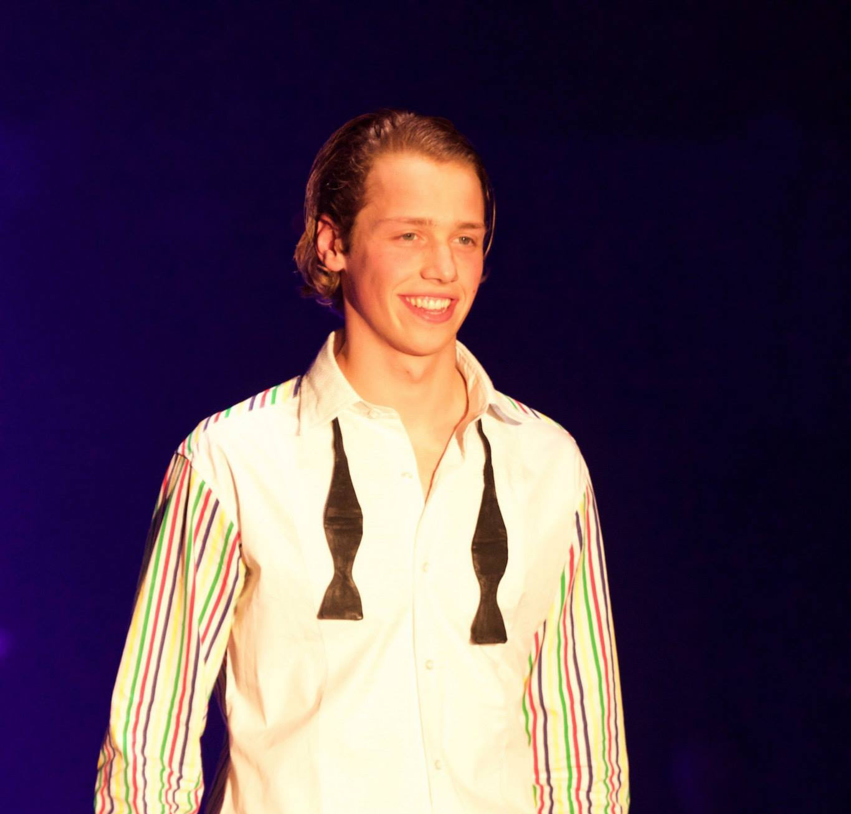 After an unsuccessful attempt at applying for College Rep last year Will was determined to repair the blow to his DUCFS model brand by securing the Palatinalps Sponsorship role. Will’s parent-pleasing charm and smile make him the perfect person to schmooze companies and deepening Palatinalps’ pockets. He will be responsible for securing wider sponsorship and continuing Palatinalps’ relationship with EY. His role also includes sourcing prizes for the many competitions Palatinalps will be running this year. 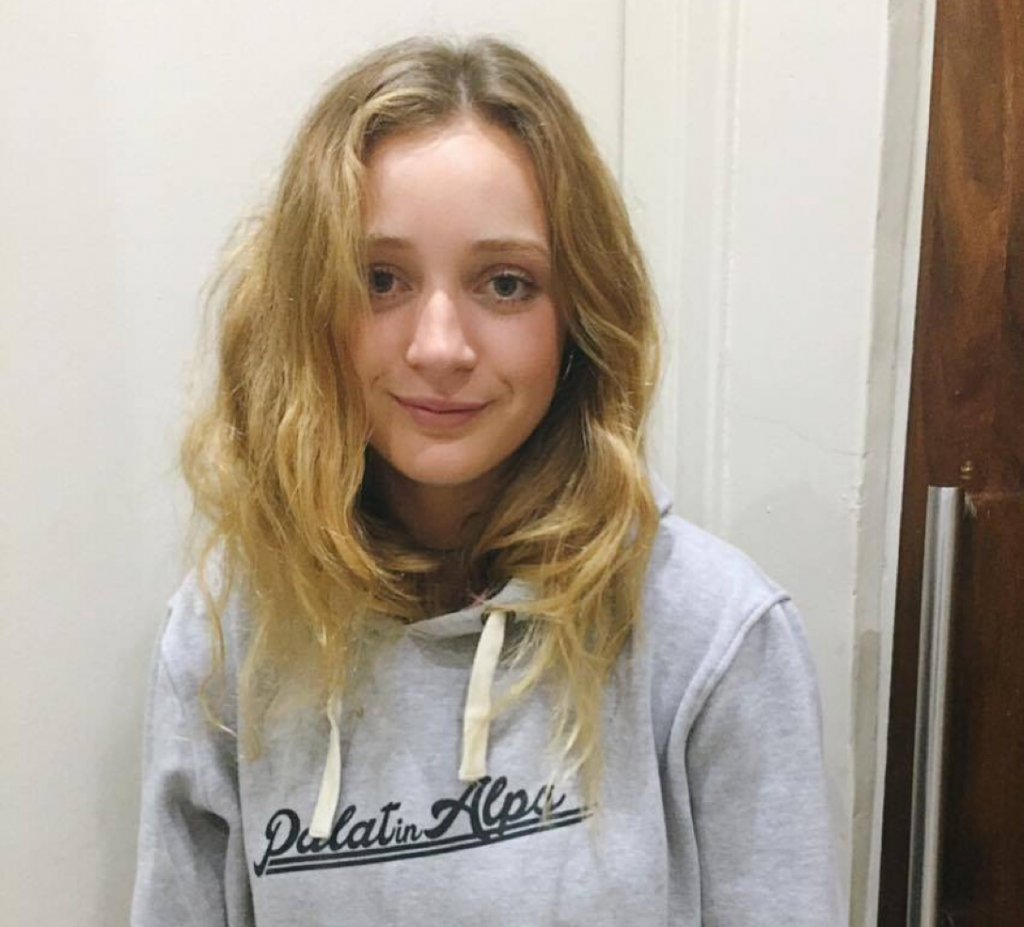 DUSSC’s Race Captain is never one to be camera shy, exemplified through an active social media presence, Issy is the Media & Merchandise guru for Palatinalps 2017. As well as being our resident native speaker, Issy will be bringing her artsy vibes to the design of the 2017 stash, and her attraction to a good filter will ensure there are some Instagram-worthy photos at all the right moments.

Block out your diaries from 6th-14th January and stay tuned for Resort Launch later this month.