Cambridge is to bikes what Sunday is to Life. I couldn’t imagine my time here without my trusty (and now somewhat rusty) bike, reliably getting me to lectures on time after oversleeping.

And yet, judging by discussions with my peers, it would appear that the age-old proverb “it’s just like riding a bike” has a lot to answer for. From faulty brakes to flying meatballs, enjoy this collection of embarrassing Michaelmas bike anecdotes which may comfort you in realising that you are not, after all, the *worst* cyclist in Cambridge.

Having just splashed out on a suit, Karim was cycling home at blaz[er]ing speed when the case holding his suit clipped onto his wheel and got stuck. This resulted in the case ripping and the bike spinning off the road. Karim describes the experience as “mad traumatic” and claims to have “almost died” – you will all be thrilled to know that the suit survived this distressing incident!

2) Not nuts about squirrels

On an expedition to the much-famed “Farawaysburys”, Sam had the unfortunate experience of almost running over a squirrel. In an attempt to swerve said-squirrel, Sam fell off his bike, injuring the right side of his body. Once back on his bike, he then proceeded to almost run over the same squirrel again. Sam: 0, Squirrel: 1. 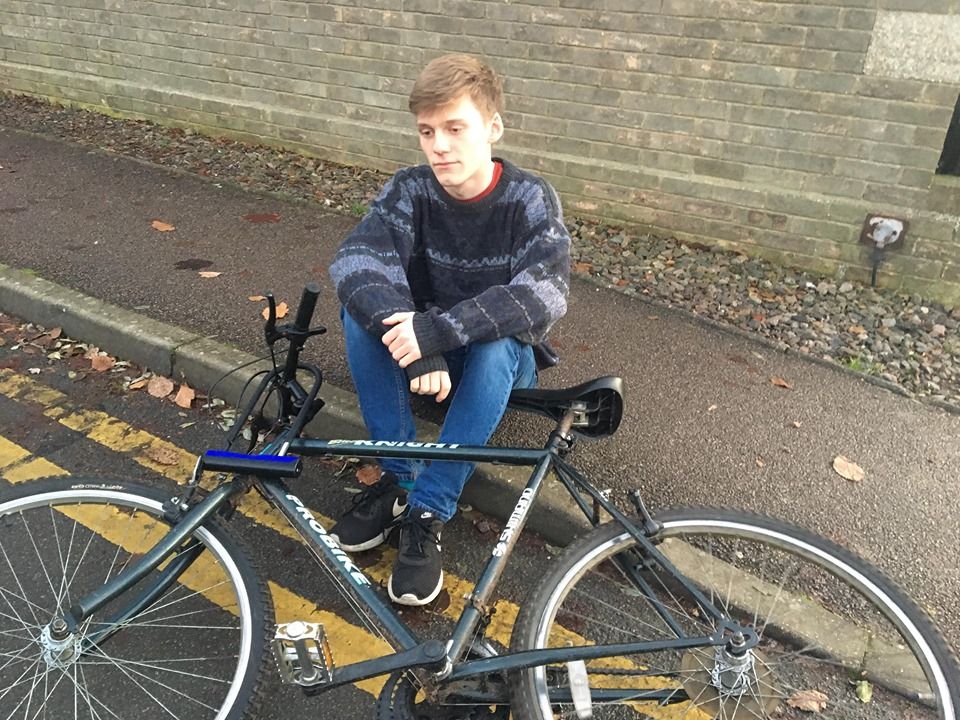 Definitely not staged at all

With my friend’s wheel punctured and a pressing need to get back to college, my friend gave me a backie on my bike, which turned out to be much too small for his six foot frame. Having never received a backie before, the whole journey had disaster written all over it. Involving many stop-starts, I gripped on with my eyes shut tight. Our worst fears were realised when we attempted to weave past the traffic on Magdalene Street and the bike crashed into a series of bollards. My legs were left heavily bruised, my dignity more so. 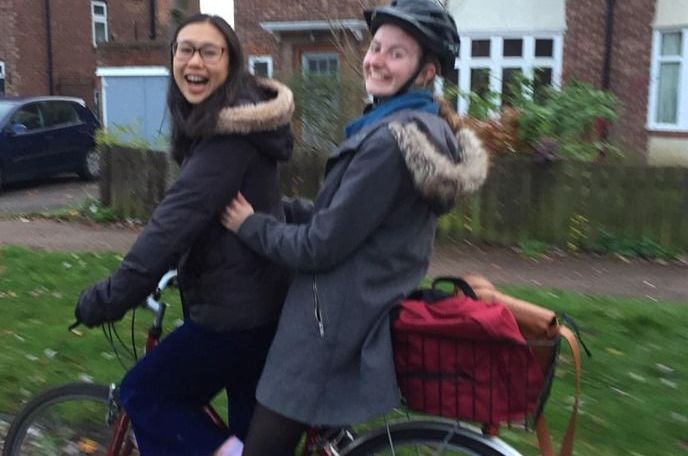 4) Cycling around roundabouts is no small feat

When cycling around a roundabout after lectures, Fiona had the unfortunate experience of her shoelace winding itself around her bike pedal. This resulted in her being unable to move her legs forward and falling off her bike into a crowd of traffic. Cycling really is full of swings and roundabouts. 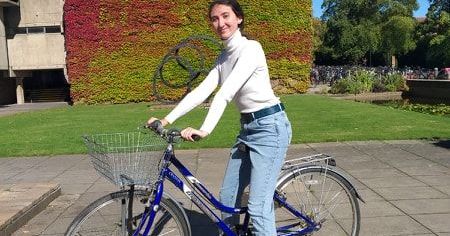 Bikes are part of the Cambridge brand

5) Pedalling into puddles
When cycling back to college one evening, Daisy attempted to cycle up a curb but instead crashed and fell into a massive puddle. Daisy: wet. Bike: broken. Dignity: non-existent. To make matters worse, the entire event was witnessed by a cyclist who merely observed from a distance before cycling on. A tale of much puddle and strife indeed.

Perhaps if Bikeability Level Three was one of the admissions requirements, we’d definitely see fewer cyclists cycling the wrong way down Sidney Street.