‘I’m a 45 year old white woman from Hollywood, of course I’m going to be problematic.’ At the Cambridge Union.

Rose McGowan is a woman of many talents.

An exceptional Hollywood actress, yes, but also a film director, writer, activist, musician. She was a prominent figure in last year’s #MeToo movement, having called out Hollywood producer Harvey Weinstein for rape. In 2018, she published a memoir of her life entitled Brave, which narrated her childhood in the Children of God cult and her experience of the realities of Hollywood for women. Before her talk at the Cambridge Union this week, The Tab was able catch her for an interview.

Though she jokes throughout, her manner is earnest and open. The subject matter, clearly, isn't light. Asked whether the constant media attention weighs on her, McGowan asserts, 'It's really hard. When every single word you say is scrutinised, how could anybody not be problematic, accidentally or wilfully? I think the media is extremely threatened by me.'

McGowan seems optimistic about the direction young people are taking things in, she sees 'huge, fundamental change' – 'they've got it right.' Hollywood on the other hand, not so much. Is her Hollywood experience behind her? The answer comes like out of a shotgun, with immediate certainty – 'Yes. I know a lot of people look at it as a dream factor but for me it was more of a nightmare. It’s like if you worked at a bank you’d be expected to dress like a banker, except you’re in Hollywood so you’re expected to be on that red carpet with your stupid arm out and your head tossed over your shoulder like “Haha, this is the best day of my life,” when really you want to go throw up somewhere.’ 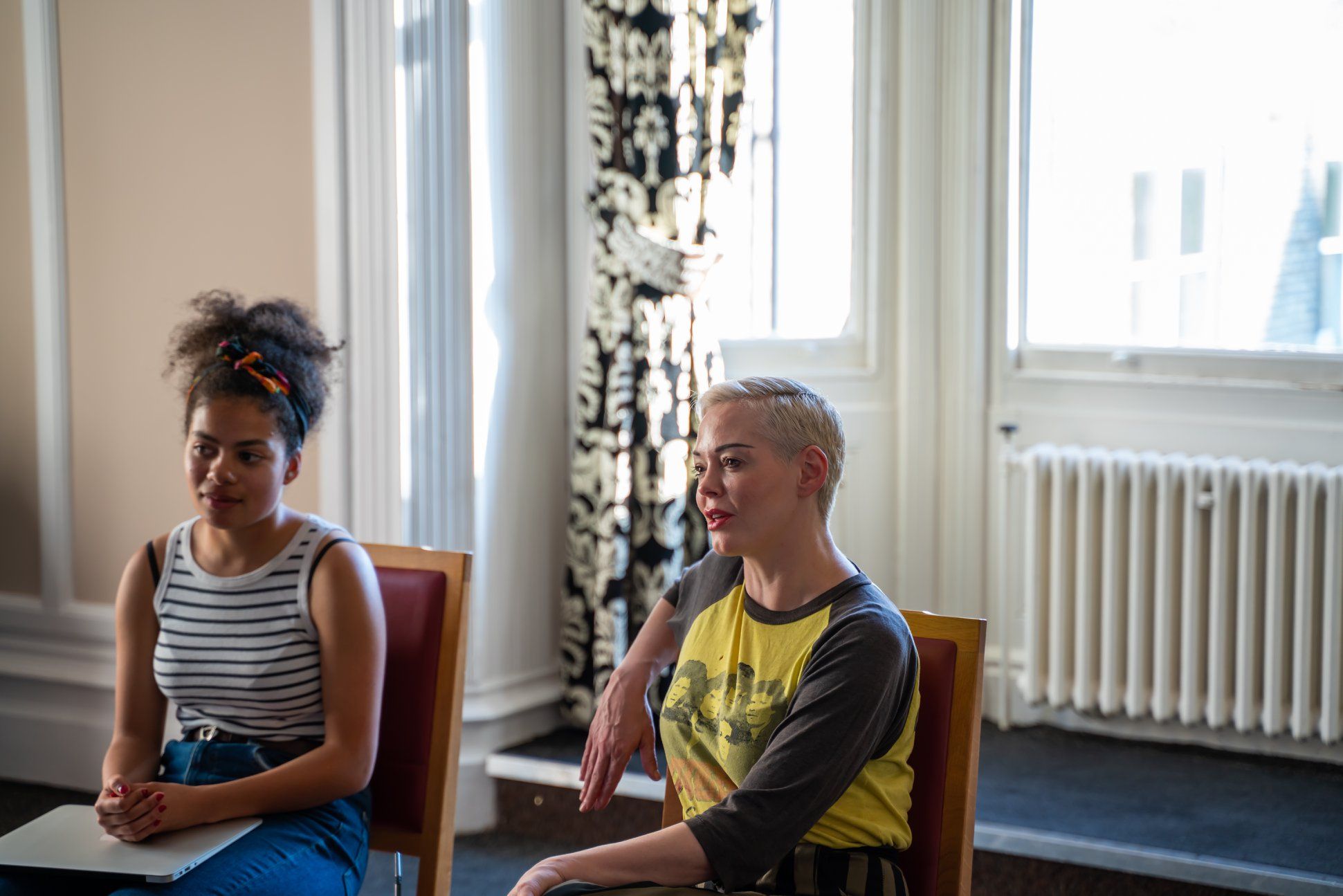 In conversation at the Cambridge Union. Image by Nordin Ćatić.

But has anything changed? I was keen to know what it would take for McGowan to consider stepping back into her Hollywood life to try and tackle its demons from inside, but her response wasn't enthusiastic. 'It's just not good for my mental health. I see myself as having gotten out of a cult. If I could do it on my own terms, I would consider it, but I’m not wildly open to it, as now I’m still healing from it.’ She later notes that 'they now have rape consultants for rape scenes, to help you with it, isn’t that cheery? It’s a very anachronistic and old-fashioned industry that is not progressive and doesn’t breed progressive people. It’s 96% men in the Directors’ Guild in America and that statistic hasn’t changed since 1946.'

Though her career started in acting, she doesn't show much nostalgia for the type of acting she was exposed to. McGowan was clear that, 'when you're an actress, you're as important as a couch that just talks,' although noting that not everybody in Hollywood feels the same. She is open about her sexualisation as a female movie star, relating that she couldn't work out which part of her life was wrong. 'I finally realised, no, it’s actually my entire life. It’s the entire career, how I was marketed, how I was weaponised against other girls and sent to turn men on… I had to pull a lot of threads, find out what was mine and what was theirs.’

McGowan with the cast of Charmed. Image from @rosemcgowan

McGowan is probably recently best known for her involvement in the #MeToo campaign that swept across global news last year. Herself victim to rape by Harvey Weinstein, Hollywood producer and co-founder of Mirimax studios, she has written a memoir on her life entitled Brave in 2018. The book concerns her childhood in the Children of God cult, as well as the sexual assault she experienced in Hollywood. Those both being massive topics big enough to fill a book individually, why present them together, I ask? 'It's a kind of Trojan horse autobiography, about deconstructing how we look at Hollywood and how we consume entertainment. I'm an honest person, but I'm also quite private. So for me, this was a kind of bleeding out so other people could benefit.’

In answer to my question of whether we can expect a second book, McGowan gives a cautious yes. 'I think another book would kill me, but I’m sure I’m going to have to do that.' Then, more enthusiastically, 'I wanna write a book about my adventures, [that] would be more fun.’

Later on, she expands on this. ‘The three years I wrote it, I was so mad at my father I couldn’t visit his grave. And afterwards, I went and visited his grave and we’re cool, not that he has any choice in the matter. But it actually worked through a lot for me.' 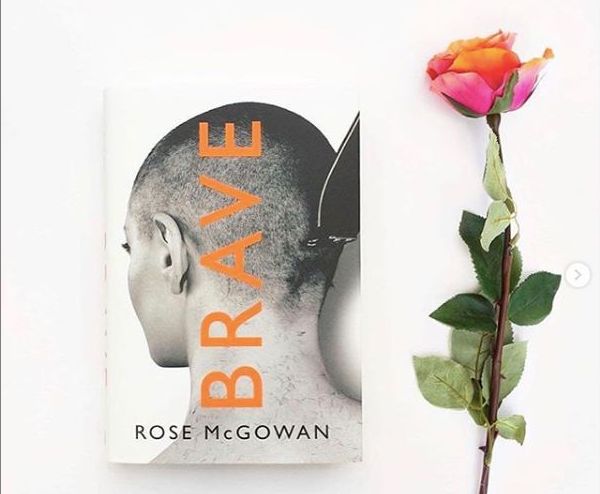 But does she identify with #MeToo? Actually, she notes that it 'was never really my thing, that got attached to me because I was on a press tour when it kicked off.'

I ask her, with so many mediums at her disposal, which she deems her favourite, or the most powerful. Interestingly, she chooses music. 'Whilst I was an actress, I couldn’t really use other mediums because anyone who was an actress who did anything different was made fun of, not allowed to, misunderstood and mischaracterised. And so I had to wait until I could break out of what I called the secondary cult of Hollywood – it’s almost exactly the same as the cult I grew up in with its thought structures, its “Don’t step out of line, little girl, don’t leave here, little girl, we have the answers." '

It's clear that, whether she operates from within or without Hollywood, McGowan is not going to stop anytime soon. In fact, she's working on a new album right now – stay tuned. In the meantime, her activism carries on.

This interview was conducted at the Cambridge Union.