The first person we see onstage is a man. We know he’s a man, because he has a sign on his t-shirt saying “A MAN.” So far, all quotas are filled.

This man is the pianist for Comic Sans Men, and he is the only man involved: the rest of the fantastically able cast are female and non-binary comic improvisers, most of whom have never done improv before.

The format is this: host Ania Magliano-Wright asks the audience for prompt suggestions, which last night included pineapples, bunions, gap years and “fucking your stepdad.” She then does a few minutes of stand-up and the rest of the cast create sketches around it: there is no script and no sense of a plan, but the sketches move so seamlessly it almost seems like there might be. 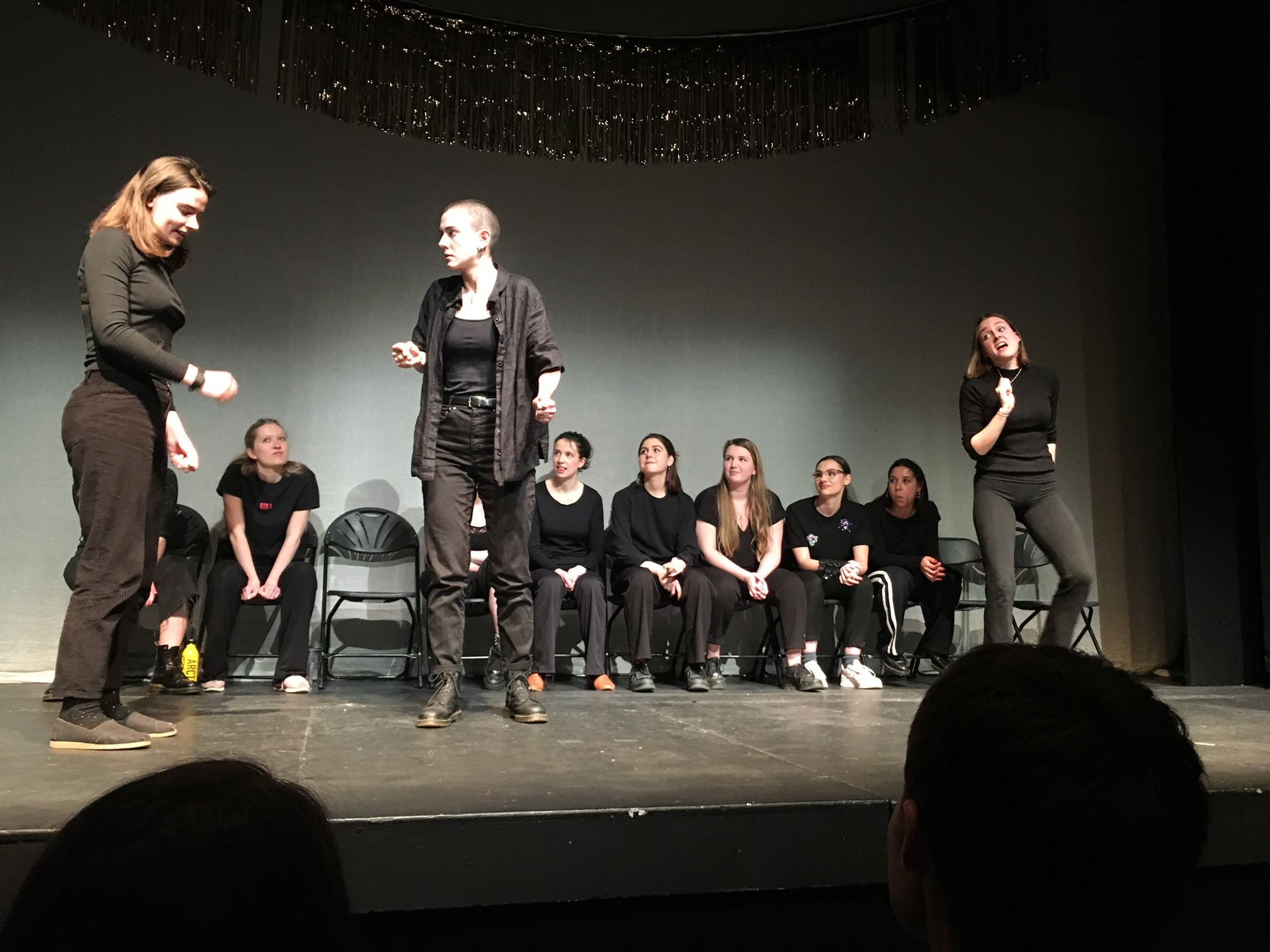 I couldn't tell you what's going on here, and I was there.

Magliano-Wright is very good – her joke about the contraceptive coil being the spring from a biro made me nearly snort my drink out my nose – and she works well with the audience, which is a big ask given the amount of smart-arsed American men attempting to be funny with their prompts (spoiler alert: they’re not.)

Everyone in the cast deserves a mention for their absolutely unflagging enthusiasm and genuine comedic talent; in fact, the only bad thing about the format is the fact that the line-up changes each night, so I can’t recommend you go see it for them, although if they’re ever doing anything else you absolutely should. From Ella Gold’s slightly panicked song about bunions to Lottie Elton’s demented curly chip pitch to Rapunzel making a “rally good go” of flinging her hair (down to her stepdad), it was impossible to identify where on earth the show would go next, apart from that it just seemed to get better and better. 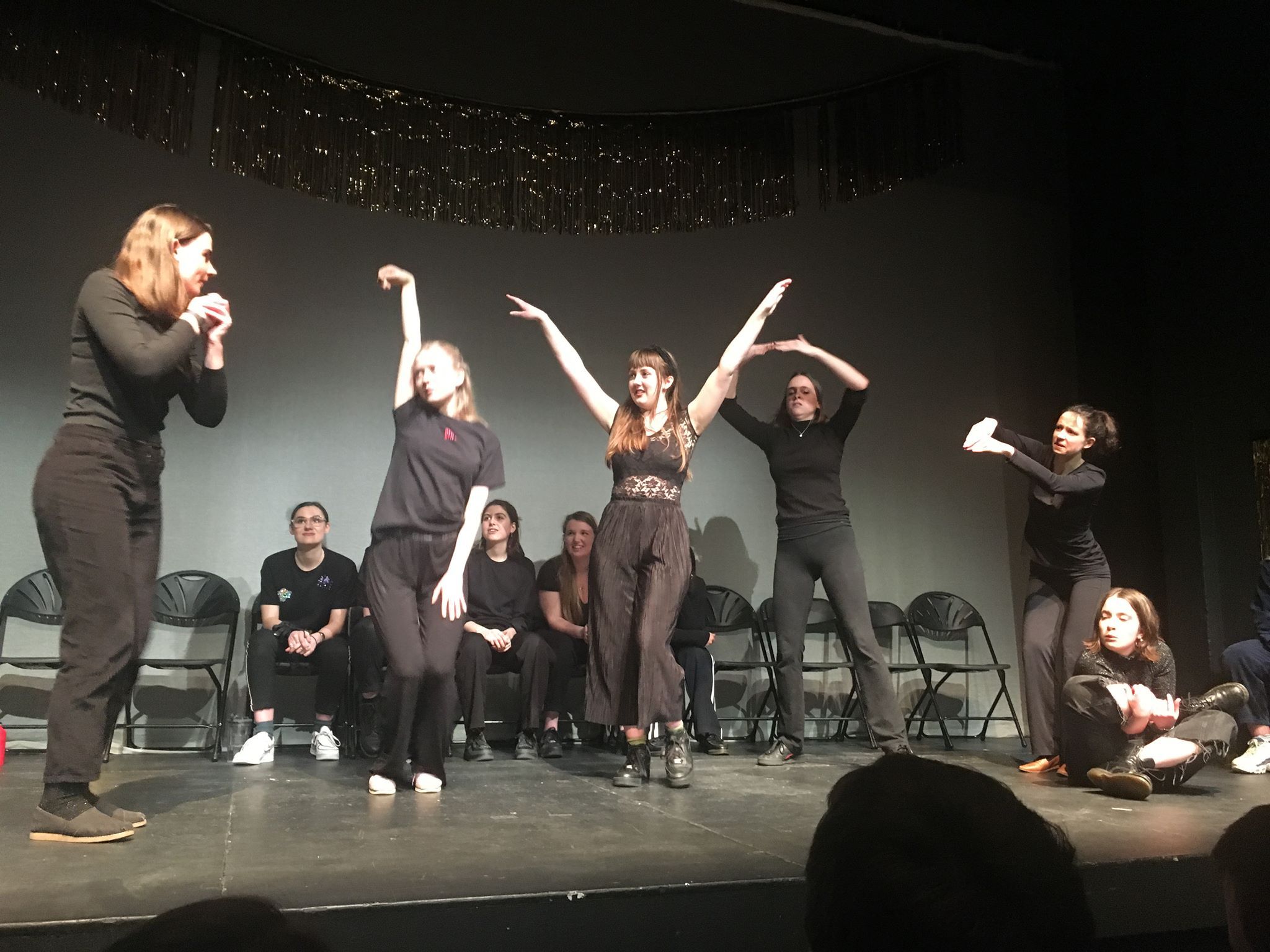 A fruit competition. Elton is a prune.

Unusually for a comedy show (comedians are notoriously not exactly beams of sunshine and light) there was a really welcome positive energy to the show and it was clear how close the cast was. To have the chance to see a talented group of women and non-binary people having the time of their lives onstage doing what they do best was so refreshing, especially in a world of increasingly “dark and edgy” comedy.

Imperfect, cheery and wholly a delight, comic sans men proves that those who think women aren't funny need to get with the times new roman. (not my joke.)