The role of fossil fuels in climate change has long proved to be an intellectual hurdle for Vice Chancellor Stephen Toope and his University administration. Despite recognising climate change to be one of the greatest challenges of our age, the University has consistently refused to disinvest from fossil fuels. Of £6.3 billion investments, an estimated £377 million are in fossil fuel stocks and shares. 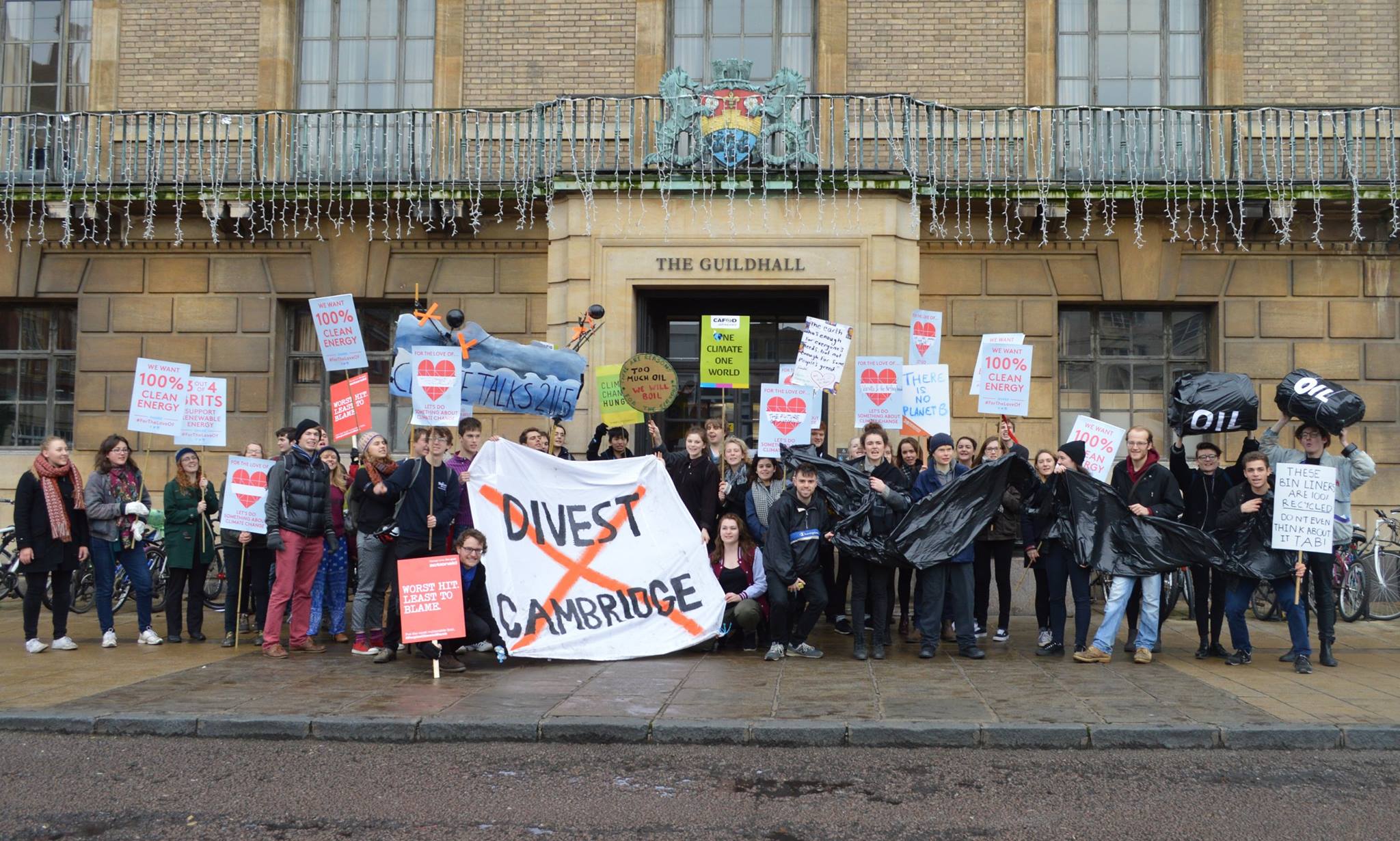 The Society have carried out a series of powerful demonstrations and protests.

This latest development has provoked the Cambridge Zero Carbon Society to launch into further protest. Following a meeting with Toope yesterday, the working group has released a petition, which at the time of writing has reached 580 signatures in less than 24 hours.

The petition requests that the University withdraws from all fossil fuel investments on a permanent basis, and establishes a 'more accountable and transparent investment policy'.

Student support has been consistently in favour of disinvestment, with CUSU Council and the Graduate voting unanimously for divestment in November 2017, and JCRs at Christ’s, Peterhouse, Newnham, King’s, Magdalene, Sidney Sussex, Emmanuel, Selwyn and Churchill all passing motions to state their support.

Last term the Society committed to increasing protest and disruption until a satisfactory response from the University is achieved: the past few months have seen action taken at the Investment and BP Offices, a 400- strong city protest march, a five-day occupation of the Old Schools, and a prominent banner-drop protest at the Oxford-Cambridge boat races.

The protest at the boat race, calling for Oxbridge to divest, caused a stir, receiving national media coverage in the process.

CUSU President Elect Evie Aspinall urges students to sign the petition, calling the University's attitude towards this 'crucial' issue 'unacceptable'. Patrick Wernham, a spokesperson for the Zero Carbon Society added, “It’s time that the University of Cambridge listened to the overwhelming opinion of its members. Over and over again, students and staff have demonstrated that they are in favour of full divestment. We call on Professor Toope to show some leadership, and follow through on his pledge to make Cambridge a ‘social leader’.”

Professor Toope has indicated that his most recent report, against disinvestment, will not be the 'final say'.

Only time will tell if the University will concede to the Society's demands, and undertake the massive disinvestment.