Cambridge is literally driving us crazy

Why, despite ever-increasing welfare provisions, we’re still not happy.

Mental health is a touchy subject. But it shouldn’t be.

Yes, awareness of these mental health issues is continuously being raised. Yes, we have college welfare teams. Yes, we have the University Counselling Service. Yes, we have a large ‘support network’. But is any of this actually helping?

Last term, I was diagnosed with depression and anxiety. I see a GP in Cambridge for medication but have no involvement with any university-endorsed coping mechanisms. To be honest, I’m not even sure what’s available. I know we have disabilities officers (that term itself I find embarrassingly degrading), welfare etc, but what can they actually do? 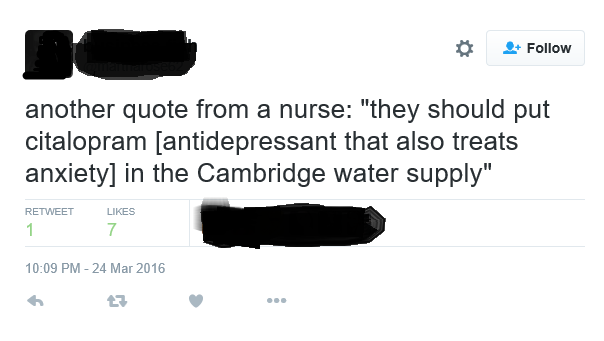 It’s not just me then…

Perhaps they don’t realise quite how debilitating these illnesses are. I, for one, would feel totally uncomfortable talking to someone I regularly see in college about my mental health issues. And if I can’t do that, the waiting list for the UCS is currently 10 weeks long. 10 WEEKS of uncertainty  and worry for the most vulnerable individuals in the university. Despite signing up for the UCS at the very beginning of last term, even indicating that I was at risk of harming myself and indicated suicidal ideation, I only received an email offering counselling last week – when I was already out  of Cambridge. How helpful.

What does this even do?

This needs to change.

The problem with Cambridge is that, in the majority of cases, students here have moved from being academically top of their college or sixth form, to a position which is pretty average for Cambridge. Of course, comparably, students at Cambridge are top academics, but it’s easy to forget that here, where we can no longer be the top of our cohort. This is unhealthy. Put a bunch of incredibly talented students together and  suddenly, their talent, which they have previously constantly been praised for, becomes nothing special.

The very nature of Cambridge is stressful. Despite having arguably a heavier workload than any other university in the country, we have no reading week and our terms are incredibly short. This dense workload causes stress, prompting a range of stress-associated issues from binge drinking to eating disorders. Let’s face it, the disciplined, heavily academic structure of Cambridge is outdated. I can’t even work in the college library anymore due to the enforced silence and the intimidating ‘everyone is working harder than you’ atmosphere giving me an anxiety attack. 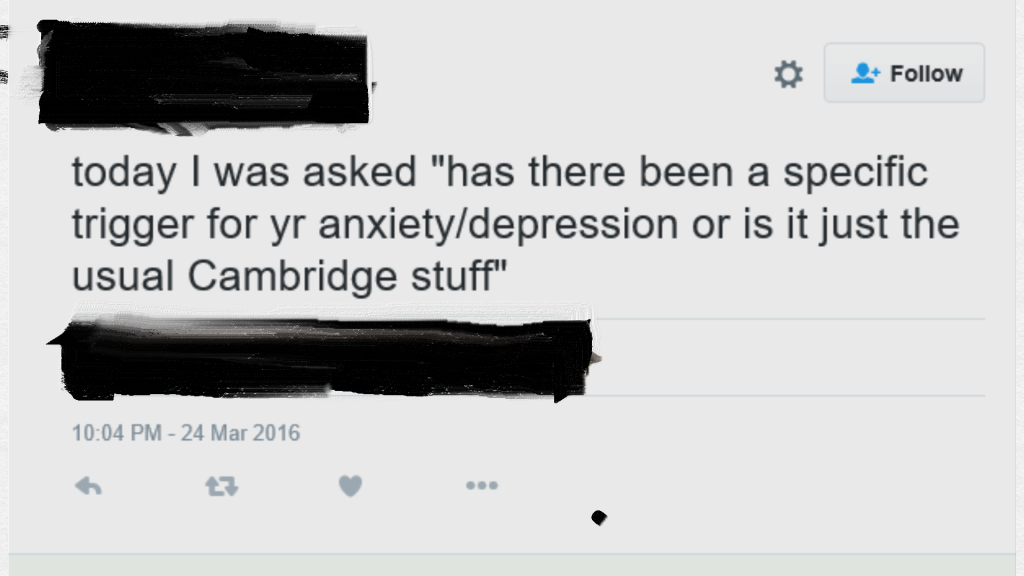 Cambridge is unhealthily focused on academia. It’s traditional, yes. But does tradition really work this day and age? 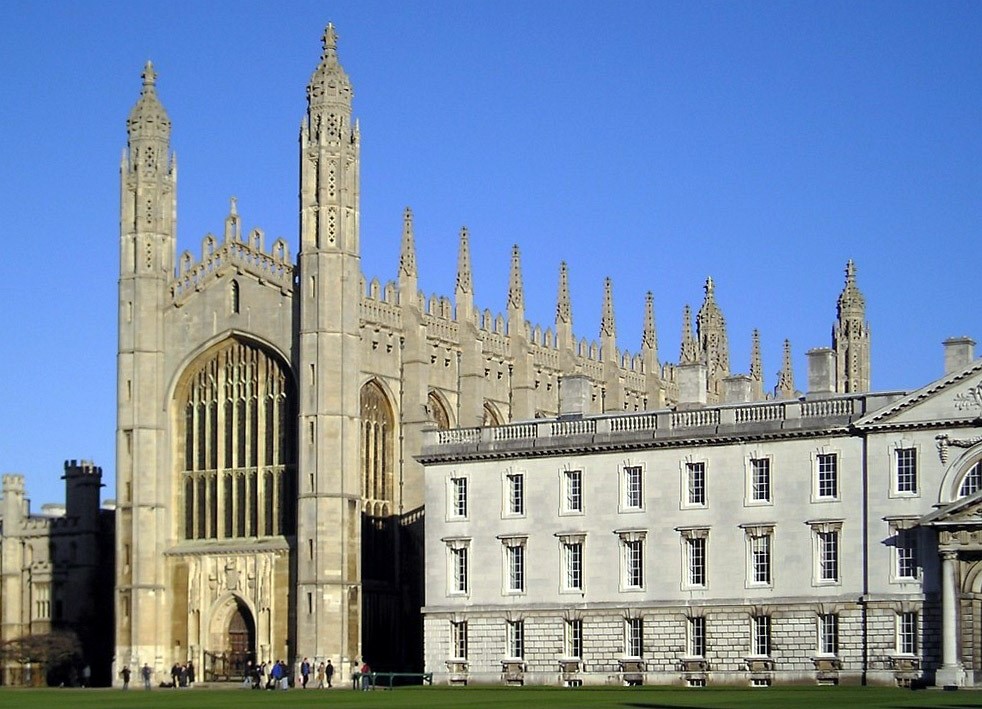 Traditions look cool from the outside, but how useful are they?

A further issue concerning Cambridge and mental health is the perception of Cambridge students by others. When I attempt to reach out to my home friends for support, I’m consistently left feeling guilty after they tell me how Cambridge is such a privilege and therefore, I have no right to complain.

Going to Cambridge also changed my relationship with my family. No longer do I feel that I could speak to them about mental illness, as they’re so proud of me getting into Cambridge, I wouldn’t want to let them down. Instead, I hide my medication and bottle up my emotions – thanks Cambridge.

There is no perfect solution for the depression and anxiety crisis in Cambridge. But clearly, updating the academic structure of Cambridge is becoming more and more of a necessity.