Exclusive: The number of UoB students suspending their studies has increased 7x in three years

Following a Freedom of Information request, The Bristol Tab can confirm the number of Bristol students voluntarily suspending their studies has risen sevenfold in 10 years. 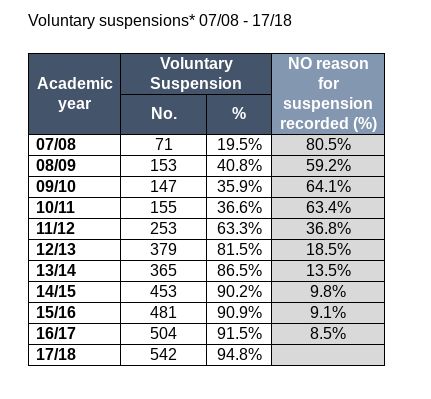 The FOI in question

However, it should be noted that this may be partly due to the university not recording reasons for suspension in previous years.

The FOI also revealed that the number of students suspending their studies under the Fitness to Study Policy has risen from one to fifteen in the last four years, going up by 250 per cent between the academic year starting in 2016 and 2017.

According to Bristol University, the policy “relates to an individual’s capacity to participate fully and satisfactorily as a student,” not just in terms of academics but also a students ability to live “independently, safely [and] positively."

The Bristol Tab spoke to one student, Isaac Haigh, who made the decision to suspend his studies for a year. He told us it was “probably the best decision I’ve made whilst at university.”

Isaac said that it gave him chance to “reflect on [his] life without pressures of exams or coursework and find new things [he] was passionate about” and it “should be a far more normal and supported thing to do.”

Obviously, this is not financially accessible for most students on a tight budget, and Isaac was only “able to afford it because of being mistakenly given the wrong student maintenance loan.”

Although there is a huge push from students for better mental health support, according to Isaac, there is still a long way to go. He went on to tell The Bristol Tab that after having difficulties with gaining support with university, the only other choice he had was to seek help from the private sector. 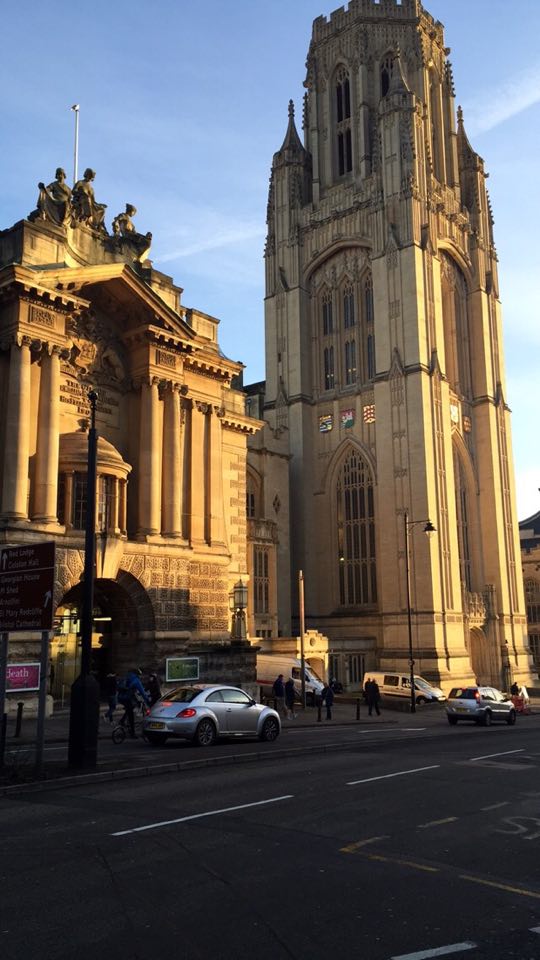 A spokesperson for the University of Bristol said: “In addition to seeing a growth in student numbers over the last 10 years, our data collection has also improved, which explains the increase.

“Historically, such information was recorded by individual schools and faculties and not in a centralised system, hence the numbers from earlier years will not be an accurate representation of voluntary suspensions. More recently, we’ve ensured the reasons for such suspensions are recorded in order to identify any wider issues.

“It is worth noting that the proportion of the whole student population suspending studies (for whatever reason) has remained almost constant over this period at approximately 2.2-2.3 per cent.

“A student may wish to suspend their studies for a number of reasons, including serious and persistent health problems, disability, bereavement or serious financial problems.

“Our fitness to study policy was introduced in 2013/14 and is only enacted as a last resort when we have genuine and serious concerns for a student’s welfare.”

If you or someone you know is struggling with their mental health, you can reach out for help. A list of services available to Bristol students is available here.

Greta Thunberg will be in Bristol on Friday