It even got into the papers

The event 'Prince Harry's Stag Do'- created after Britain's most eligible bachelor announced his engagement to Suits star Meghan Markle- has now been seen by more than 5.8 million people. 132,000 Facebook users are either 'interested' or 'going' to the event, which the meme page has scheduled to last 40 hours and take place at Buckingham Palace.

The event has attracted such interest that even the giants of Fleet Street have been forced to take notice. Articles today in The Sun and The Daily Mail reported on the event and the event description: " Bunga Bunga Prince is getting married! ? Let's celebrate with him! ?"

There has been great speculation about the actual location of Harry's stag do. The Mail reports that Wetherspoon’s have thrown their hat in the ring whilst more exotic locations Las Vegas, Prague and New York are given 12/1, 20/1 and 25/1 odds respectively. The odds on Bristol being the location of Harry's bachelor booze up are not yet known but royals have enjoyed nights out in the West Country before.

Whilst studying at St Andrews, Prince William came down to Bristol for a night out with ten friends at the Fez Club. According to an Epigram report, William was accompanied by "two burly security guards" who "kept an eye on the Prince from the corner of the bar" as he "downed sambuca". 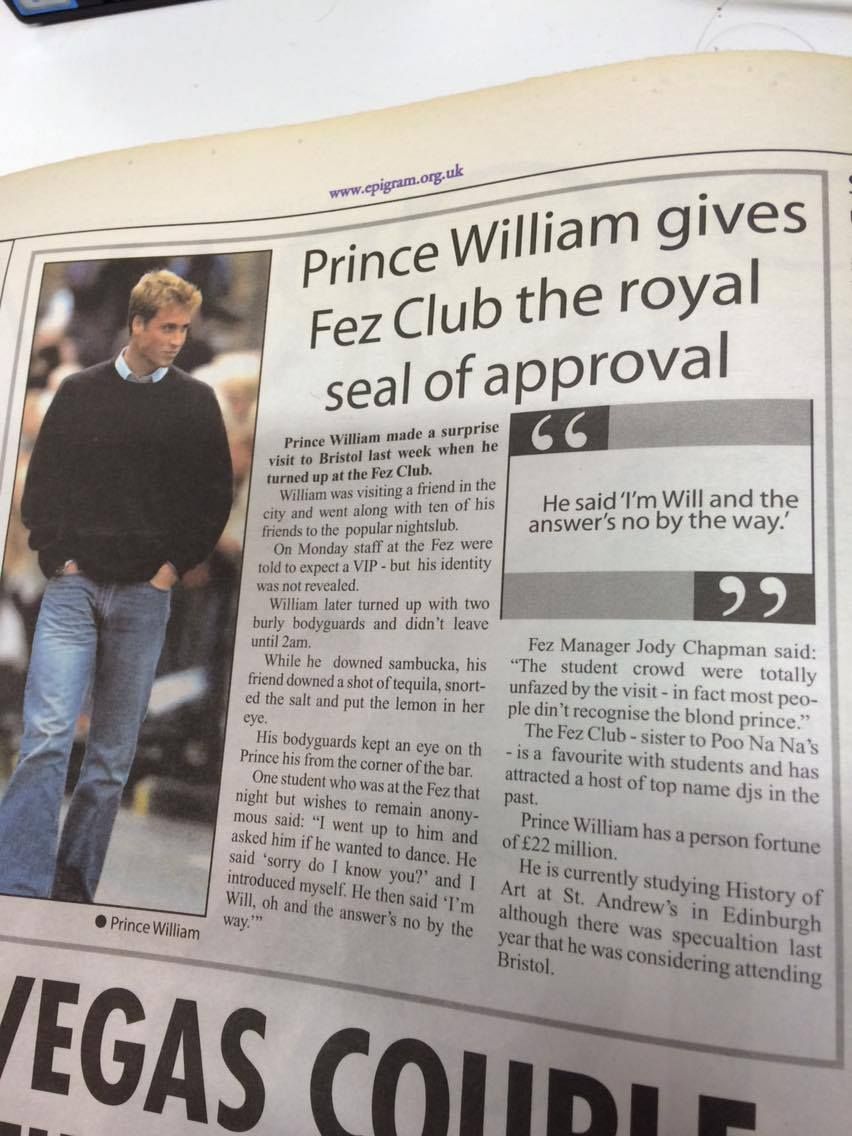 Commenting on the success of the viral Facebook event, a Wills Meme-orial Building admin told The Tab: "Can't believe an event I was told to share whilst in a lecture has gone this mad. Woke up to reports in the news and we're talking to the BBC later today. We wish Prince Harry happy nuptials and our sympathies go out to the bereft women of the world today. Keep an eye out for details of the upcoming Bristol party."

In other Harry related news Bristol nightclub Gravity were quick to jump on the royal wedding bandwagon, creating a "BED: Prince Harry's Bachelor Party! " themed night for next Monday within six hours of the news being announced.