Rocking up at 9:10pm, the buzz of uncertainty was whizzing around the pillars of the Victoria Rooms.

It was there that I caught up with Social Secretary of Economics, Finance and Management Society, Anthony Vijaykumar.

He was slightly stressed awaiting the start of the most anticipated social the Economics, Finance and Management Society have ever planned. He could make history tonight, and he was most likely feeling the mass pressure and fear of failure.

It was pretty empty at the event’s start and I was extremely sceptical about the whole thing.

Anthony was the only EFM student I knew, and tonight I was being thrown in at the deep end. 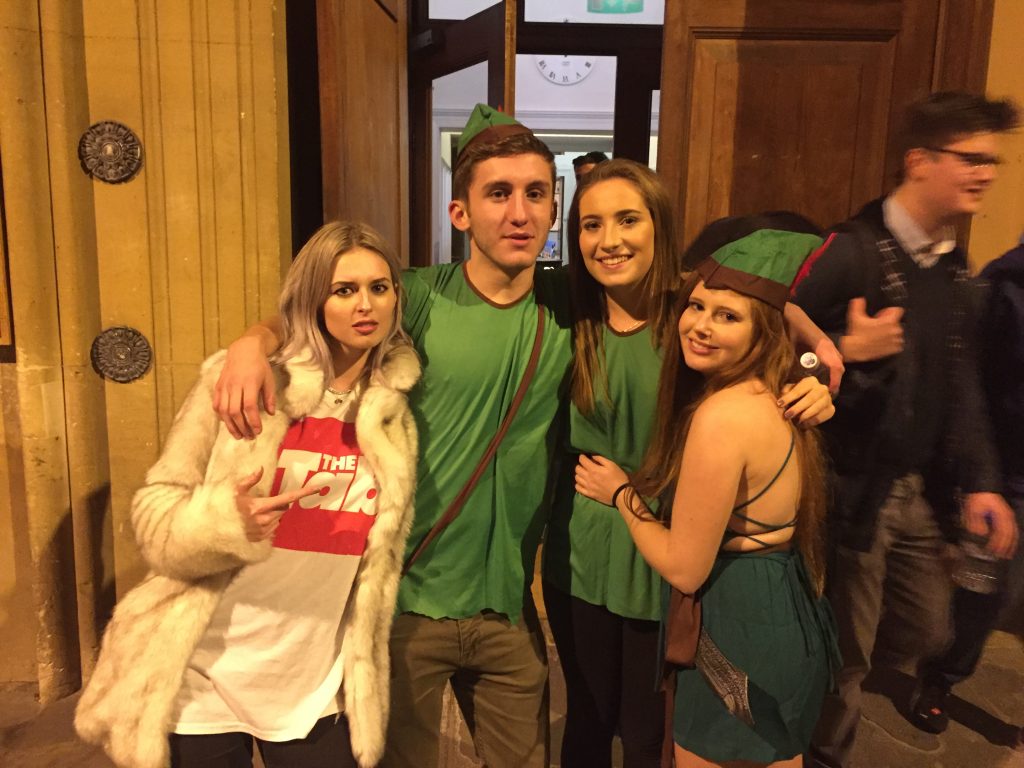 Me getting up close to real life EFM students.

One fresher, George Lee, from Economics (he made the point he was a ‘pure ‘ Economics student) shared with me how he was also extremely sceptical about the nights plans:

“I think everyone will turn up to Pams, but so far this is looking unlikely.”

They all looked quite dashing as Peter Pan but the boys were unanimous in complaint that the tights were very tight. I agreed. 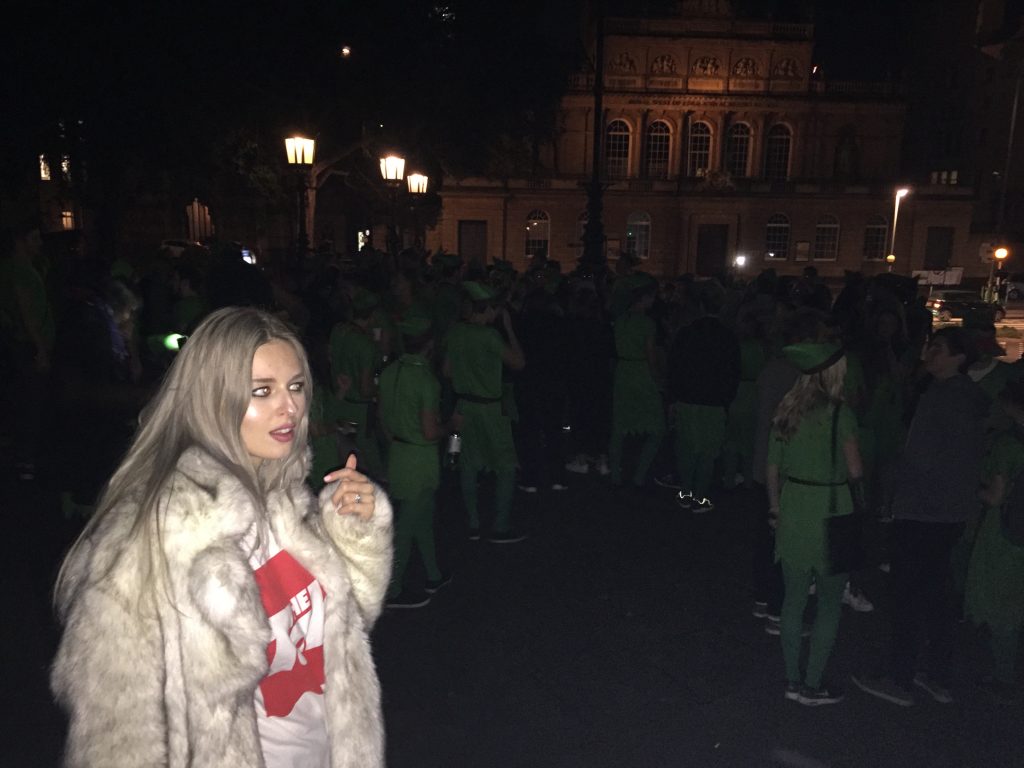 Soon, the place started to fill up, and we got lost in a sea full of green.

I thought to myself. ‘Wow! – These people are going to be the future leaders of the world.’

They were pulling out all the stops and there was even a snapchat filter! 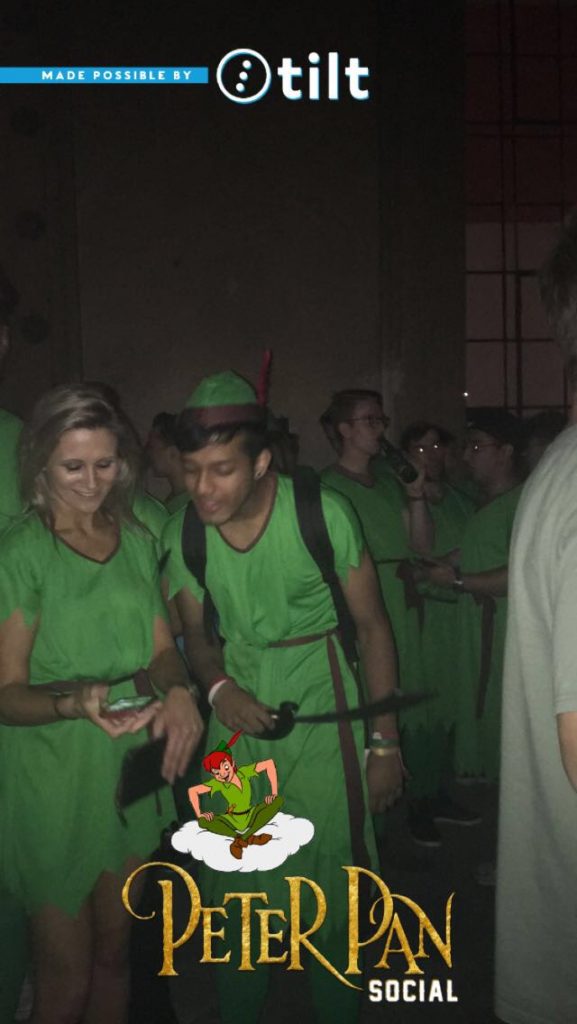 Then we saw them all in action, EFM in the zone, trying to manage people and organise them in a systematic way to count them all up and find out whether they really had beaten the world record of 289.

Surprisingly, the management and organisation part wasn’t really their forté – there was a lot of screaming “Go through the gate”.

But there was no gate, it was an imaginary gap between Noah Levy and a wall.

I guess I had forgotten I was in Neverland. 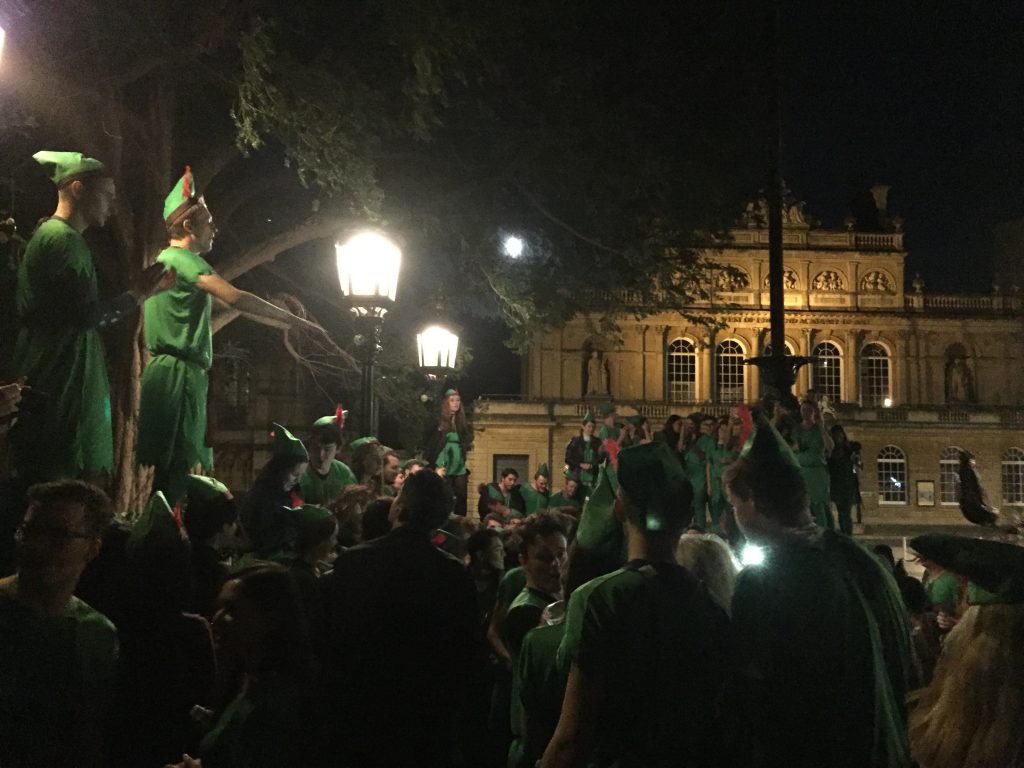 I actually couldn’t believe it, and neither could Anthony Vijaykumar who said:

“I am so thrilled, I cannot believe we did it! I’m just so happy!” 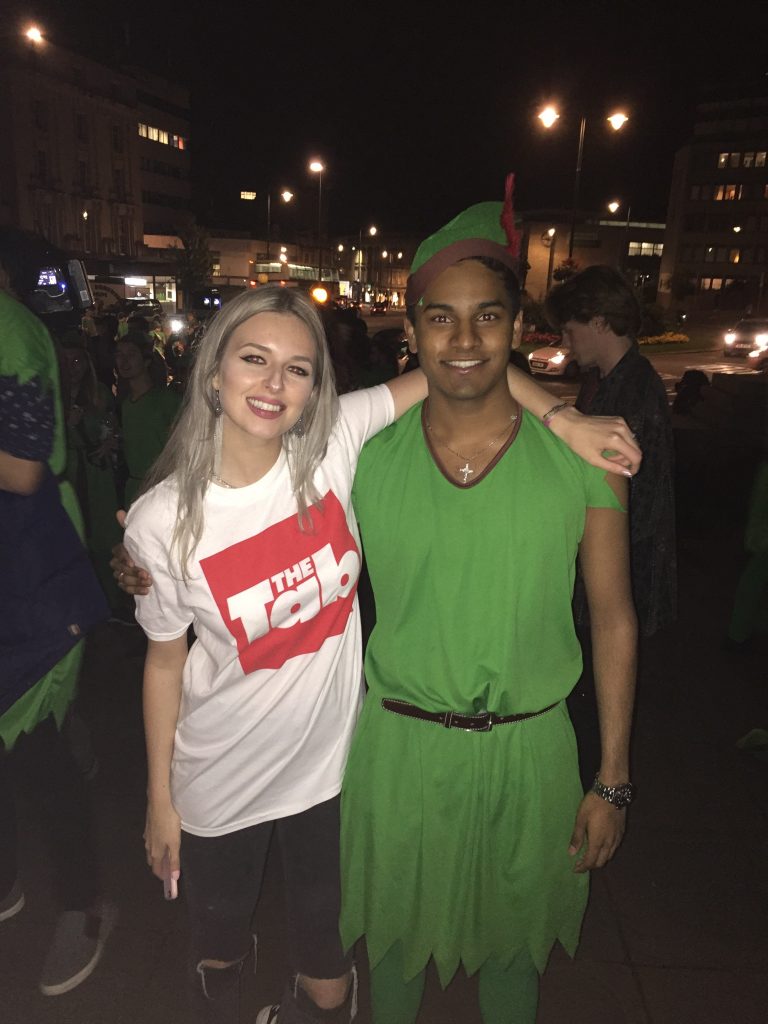 What I found so uplifting was the fact that the family aspect of the social hadn’t been forgotten under the hype of breaking the world record.

First year, Chris McCleery, said: “I feel great right now. I’m going down in history as a legend. I want to thank my dad Matt, for giving me this opportunity to be part of a family that loves me.”

Matt Henderson, his Economics dad, really summed up the night: “Honestly, I have a semi right now.”