It was 4.7 on the Richter Scale

Earlier today residents across Birmingham and the West Midlands felt the tremors of a significant earthquake.

The quakes epicentre was in Swansea, Wales, however, it was strong enough for tremors to be felt across Birmingham, including UoB's student area, Selly Oak. 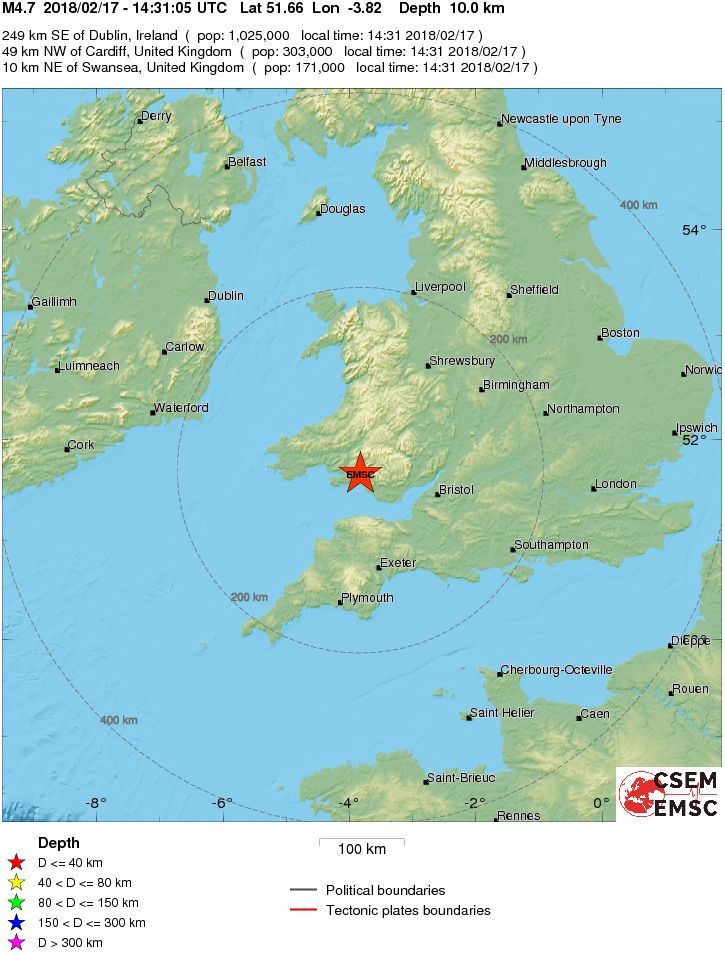 It's the biggest earthquake to hit Britain in 10 years and the fifth largest to ever happen in the UK.

The EMSC (European Mediterranean Seismological Centre) recorded the earthquake as measuring 4.7 on the Richter Scale, with tremors being felt up to 190 miles from its epicentre. Swansea was evacuated as a result and it is estimated that up to 10 million people will have experienced the quake and its aftershocks.

Many have posted in the university Facebook group 'Fab N Fresh', describing the moment they felt the tremors. 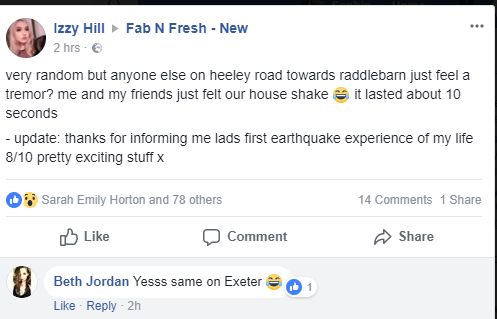 Luckily the scary incident has not dampened spirits though, with one student joking 'I thought it was just my wobbly table in Costa'. 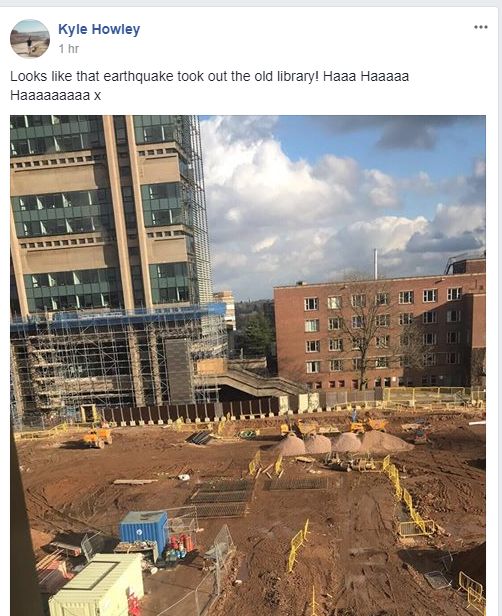 Another quipped that the earthquake was responsible for the state of the old library, which is currently in the process of being demolished to make way for the universities new Green Heart scheme.