Campus unites for ‘Solidarity against Fascism’

Over 150 people rallied on Tuesday

Frustrated and annoyed, dozens of protesters gathered on campus to rally against the recent graffiti and rise of Islamophobia.

Defiant students rallied outside the Main Library on Tuesday – Holocaust Remembrance Day – to remember those who suffered at the hands of Fascism both in the past and on campus.

Daniel Seligman, first year Economics students, said: “I am here because it is Holocaust Remembrance Day, making sure people are aware so such things don’t happen again.

“Although the graffiti are the actions of the few, there are other things going on too.”

The University have cleaned up the graffiti scrawled on the Psychology building and in the Arts building over the past couple of weeks. 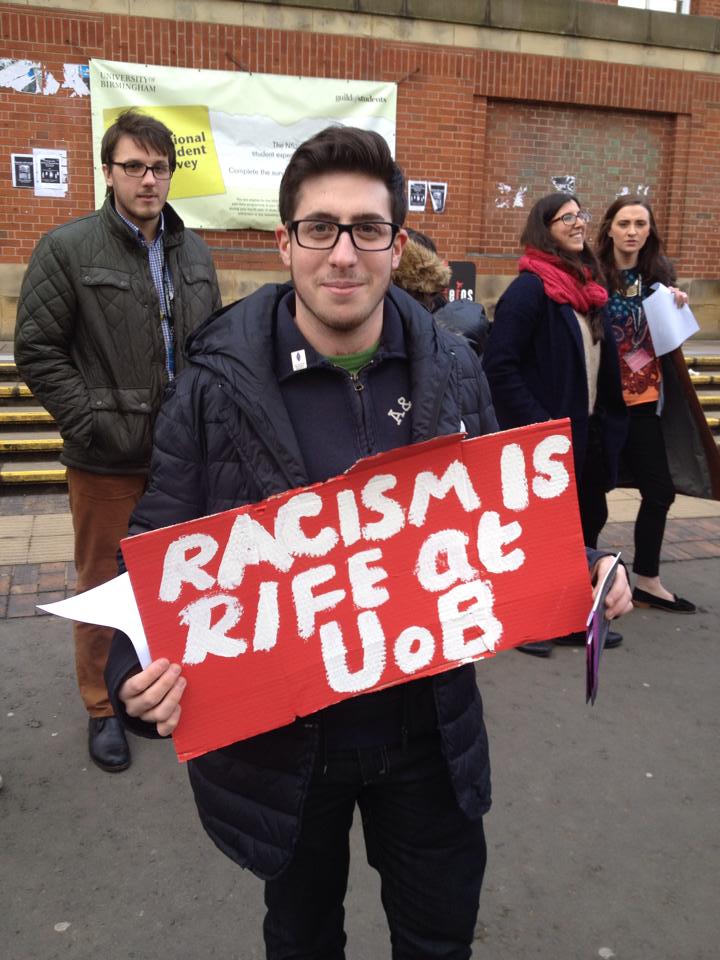 Daniel was among those in the demonstration 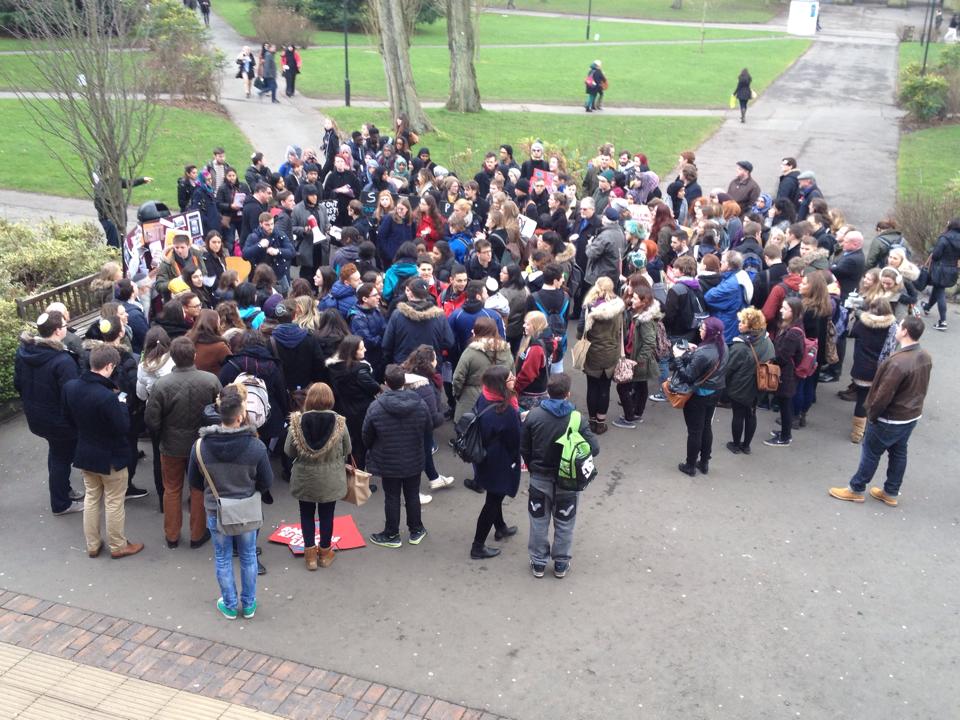 January 27 also marked the 70th anniversary of the Holocaust 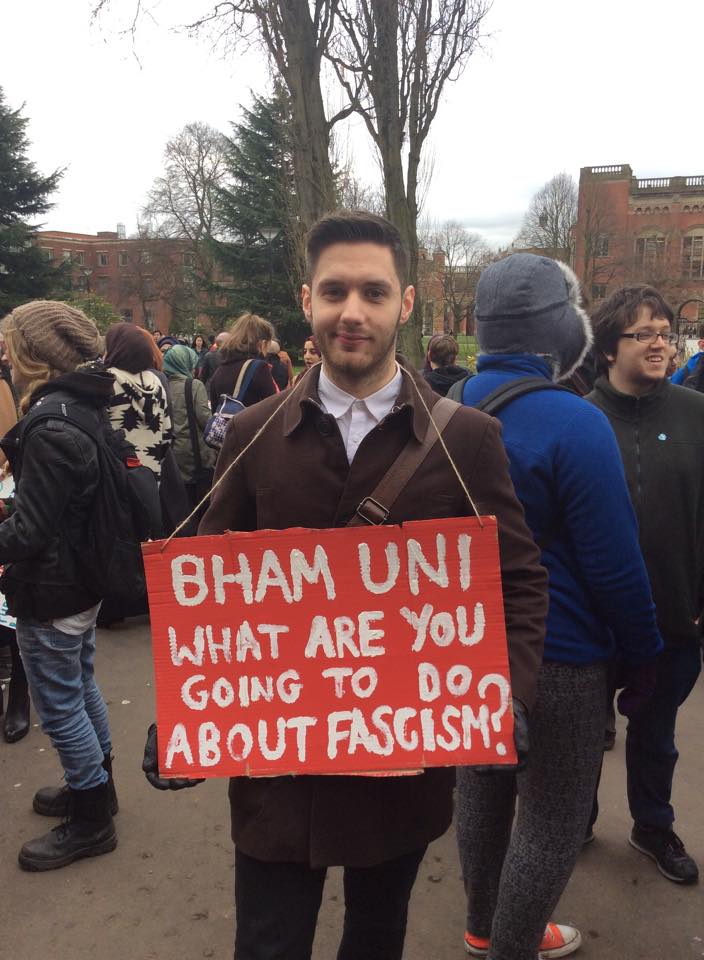 Many banners called for direct action

Louis Finn was delighted so many people had gathered on campus to remember those lost in the Holocaust.

“It’s good to know after 70 years people are still thinking about it and remembering, Jews and other people as well.”

International Relations student Maaria added: “It was a great turnout with more than 150 people attending and standing in solidarity against racism and fascism on campus.

“This unity has proven that in the face of hatred, people of various backgrounds, cultures and religions are able to work together to diminish discrimination.”