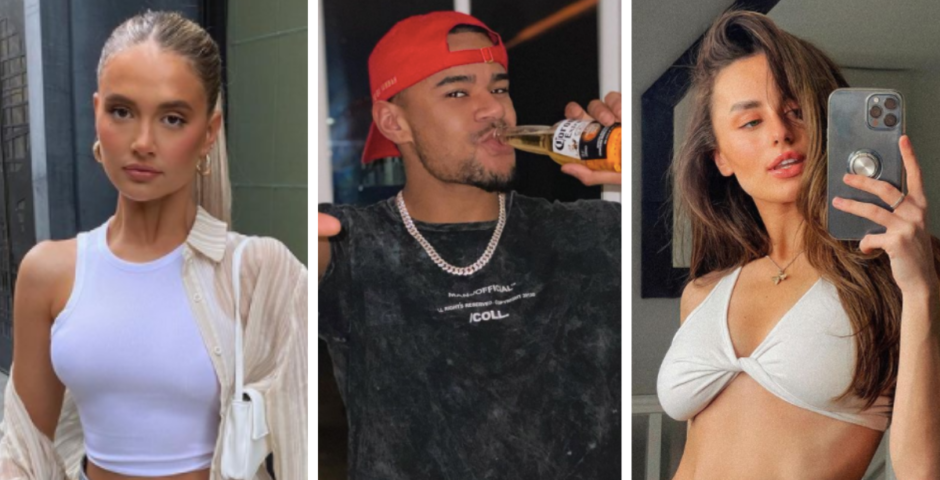 Youngest Islanders of all time: These are all the Love Island contestants under 20

This year is the oldest series ever

With the newest season of Love Island only hours away, hearts are beating, nerves are racing, and excitement is rising. Soon enough we’ll hear the iconic theme tune we’ve all been waiting for and the memes will be flooding in. This season of Love Island however, is by far the oldest yet, with the average age being 24, with Liberty Poole is the youngest of the contestants at 21 years old.

But who are the youngest ever Love Island contestants? These under-20-year-olds all went on the show to get thousands of Insta followers, become millionaires and land Boohoo deals, all while you at that age spent the whole time crying in the uni library.

Here are the youngest Love Island contestants of all time:

The influencer was no stranger to the limelight when she entered the season five villa at 20 years old, and she stole the nation’s heart alongside Tommy Fury and Ellie Belly.

Molly-Mae has become so incredibly successful after her stint on Love Island, being one of the faces of Pretty Little Thing, on top of being every girl’s fashion inspiration.

Coming second place in season five with Molly-Mae, also at 20 years old, Tommy was branded a national sweetheart for the way he treated his girlfriend, even though there was a slip up involving Maura Higgins. Tommy’s boxing career has only gotten bigger since leaving the villa and he has Molly by his side to support him along the way.

The 20-year-old make up artist was far from timid when she entered the Love Island villa in season two, as she came in third place with Scott Thomas. Kady gave us the iconic line “you Made in Chelsea reject” during her hideaway melt down, and even had a petition made against her turning on Christmas lights in Hertfordshire.

The 20-year-old joiner from Bolton coupled up with Lauren Richardson in the first Love Island season, coming in third place. Since then, he has appeared on Ex On The Beach and Just Tattoo Of Us. He was also in a long-term relationship with Geordie Shore star Charlotte Crosby, however the two split in 2019

At 20 years old, Georgia uttered the words “I’m loyal babe” and life was never really the same. Georgia’s time in the season four villa was definitely rocky, after being dumped by Josh Denzel for Kaz Crossley, she seemed to attempt to make her move on Jack Fowler, and then said she didn’t.

Former Miss Great Britain winner Zara Holland was only 20 when she was famously stripped of her title for doing bits with Alex Bowen. Her time was cut short in the villa, after she made the decision to leave. Recently she has recently been fined £4,415 for reportedly attempting to flee Barbados to avoid quarantine.

The 20 year old semi-professional football player won over the country when he coupled up with Lewis Capaldi’s ex-girlfriend Paige Turley. After winning Winter Love Island (season six), they have both kept pretty quiet, but still seem happy as ever, as they continue to post lots of loved up selfies.

Wes entered the villa at 20 years old, coupling up first with Laura Anderson, the causing controversy when he pied her for Megan Barton Hansen. Megan and Wes were together for six months after show before splitting, and, since then, Wes has claimed he became a millionaire by the age of 21 thanks to his successful music career.

Former glamour model Katie entered the villa as a 20 year old and was also the first openly bisexual contestant. She was on Love Island season two.

The whole of the UK right now pic.twitter.com/aZrz3EPd4I

Amber was 20 years old when she won Love Island season three alongside Kem Cetinay, however they ended up parting ways in 2017. Amber has found great success since leaving the villa, starring in Dolly Parton’s West End musical 9 to 5 in 2020. She is also set to star in the musical rendition of the film Bring it On, next to Olympic gymnast Louis Smith.

The twins were also only 20 years old when they entered the villa together as bombshells, however Eve was soon separated from her sibling and was the first to leave Love Island season six.

After Eve was dumped from the villa, Jess found a connection with Ched Uzor. Since leaving the villa Jess and Ched have parted ways, and the two sisters remain single.

20-year-old Liana was not in the season two villa for long, but became famous for her argument with Adam Maxted after he said he “could just bang her (Liana) then just choose Tina.”

Liana didn’t let him get away with this, confronting him about his vile comments, all while he sat there, smugly eating a rice cake.

The 20-year-old student from Birmingham failed to make a connection in the Love Island season three villa. Life after Love Island for Tyne-Lexy consists of influencing on Instagram as well as working as a TV presenter for Sky Sports.

The 20-year-old Geordie coupled up with Dr Alex before settling on millionaire playboy Charlie Brake. They didn’t last very long however, as it was rumoured Charlie threw all of Ellie’s clothes out of the window of his swanky apartment. Since then, they have both appeared on Ex On The Beach together.

Luis was also 20 when he first entered the Love Island villa and had a romance with Cally Jane Beech where they came in fourth place. Luis and Cally were the first Love Island couple to have a baby, but unfortunately the pair reportedly split in 2018.

Sherif was also only 20 during his short-lived appearance on Love Island season five. After making a connection with Anna Vakilli, Sherif’s time was cut short, as he was removed from the villa for reportedly using inappropriate language and breaking the code of conduct. 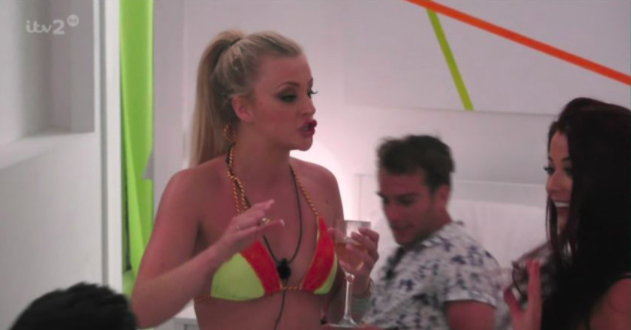 Bethany was only 19 when she appeared on Love Island season one, however she failed to couple up with anyone in her time on the show. She’s been pretty quiet since she pleaded guilty to possession of class B drug ketamine.

The 19-year-old became a viral sensation when she had a steamy over the covers session with islander Terry Walsh, after his ex fling Malin Anderson had been dumped from the island. Although it provided us with major drama, Terry and Emma split just eight months after leaving the villa, and she has since had a baby with her childhood sweetheart in January 2018.

• Love Island 2021 ages: This is how old all of the cast members are this year