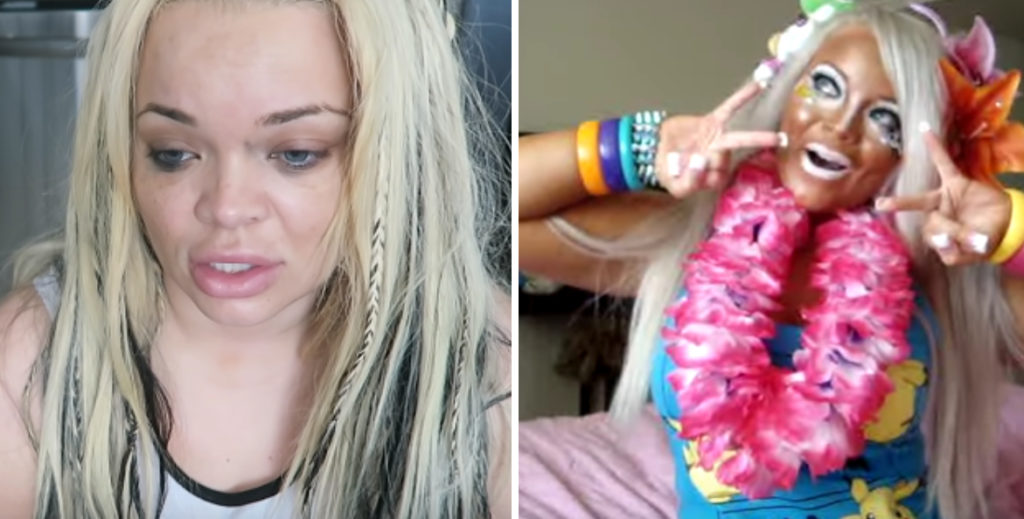 Over the years, Trisha has claimed they’re black, a gay man and a chicken nugget

Trisha Paytas has finally been cancelled after a long, controversial career on the internet.

They’re undoubtedly one of the biggest names on the internet. They have over eight million subscribers on YouTube and 6.2 million TikTok followers. They’ve pretty much got their fame from airing their dirty laundry all over the internet, from shit-posting takedown YouTube videos to spamming their TikTok with hot takes.

They made their first YouTube account “blndsundollmj” back in 2007. Whilst they have posted takedowns of controversial creators online, they have also used their platform wrongfully as well. Since starting their YouTube career in 2008, Trisha has claimed they are actually of a different ethnicity. They have also outed their ex-boyfriend for being gay and spread misinformation about what it’s like having multiple personality disorder. So yeah, it’s about time they got cancelled because clearly they never learn when to stop talking.

Trisha’s feud with their ex co-host of the Frenemies podcast, Ethan Klein, was the final nail in the coffin. The two fell out after Trisha left the podcast following an argument on set. Since then it’s spiralled out of control and Trisha is finally getting cancelled for their erratic behaviour.

Here is every time Trisha Paytas should’ve been cancelled:

When they created racist skits based on a Japanese popstar 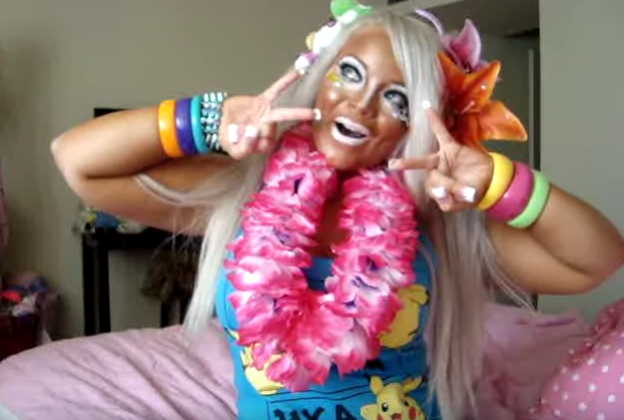 Trisha created a character called “Trishii”, they were meant to be a Japanese popstar and Trisha even made an entire music video which was later removed from their channel as a result of the backlash. It’s clear why this is so fucked up and for some reason it’s not considered one of their most controversial scandals. Trisha’s career should have been over as soon as they posted this video.

In 2015, Trisha began dating musician and dancer Sean van der Wilt. They posted videos together like “Showering with my Boyfriend!” and their relationship lasted until December 2016.

Their breakup was full of controversy. Trisha uploaded a YouTube video titled: “He cheated. I’m done” where they cried on the kitchen floor and explained why they split up.

Following the original video, Trisha posted another one called “Sean Van Der Wilt is gay”. In this video, they revealed Sean kissed another man in a club. Trisha received a lot of backlash from this video, they had publicly outed someone without their consent.

After the ordeal following their break up with Sean, they posted this video to YouTube which then then took down after claiming the whole situation was “embarrassing”.

In the video they state they are “disgusted” with themselves and they let their emotions overtake them. “I’m so sorry, Sean, if you are seeing this I am so sorry for everything”, Trisha said in the video. They apologise for “ruining” Sean’s life and claim they felt “humiliated” after learning Sean kissed another man in a nightclub but they wish they just ignored all of it without escalating it further.

After that breakup Trisha claimed they were a ‘chicken nugget’

After being semi-cancelled for outing their ex boyfriend, Trisha uploaded this YouTube video called “I’m a chicken nugget” and it has over one million views.

I get it, it’s common to go through an identity crisis but I think this whole video was really insensitive and downplays genuine feelings people have when they’re unsure how they identify.

Four years ago, in 2017, Trisha uploaded a YouTube video titled: “I’m no longer a person”. In the video Trisha walked around in their underwear with a bag over their head and said they no longer identified as Trisha, a person or anything at all.

They also claimed they were stepping away from their problematic past as “Trish” and then continued to state people should stop buying clothes. Again, it’s the same thing as before – it’s disregarding genuine feelings of being confused about gender identity.

Also that controversial ‘I think I may be black’ video

Trisha uploaded this video titled “My ethnicity has changed”. In the video, Trisha essentially relays all the stereotypes associated with African American people.

Trisha came out as transgender and was forced to apologise

Trisha has a history of being confused about their gender identity. In August 2020, they uploaded a video to YouTube titled “I am transgender (female to male)”.

In the video, they claimed they identify as a “gay man” and revealed that is their natural born gender. However other online creators such as MUA Patrick Starr claimed this wasn’t a genuine video and it was made just for clicks. Trisha was then asked by Patrick to apologise to the LGBTQ+ community.

Trisha Paytas apologised for their coming out video in a 19 minute video titled “apology”, they claimed they never meant to harm the LGBTQ+ community but equally was overwhelmed with the amount the backlash and hate they received.

When they spread misinformation about dissociative identity disorder

In another YouTube video called “Meet my alters”, Trisha claimed to have dissociative identity disorder (DID) which is known as multiple personality disorder.

Immediately the video was met with backlash from their subscribers because Trisha had spread misinformation about the disorder, and had diagnosed themself rather than going to a mental health professional.

• Trisha Paytas and Moses Hacmon engagement: A full timeline of their relationship

• Wait, so did Trisha Paytas and Quentin Tarantino actually date?