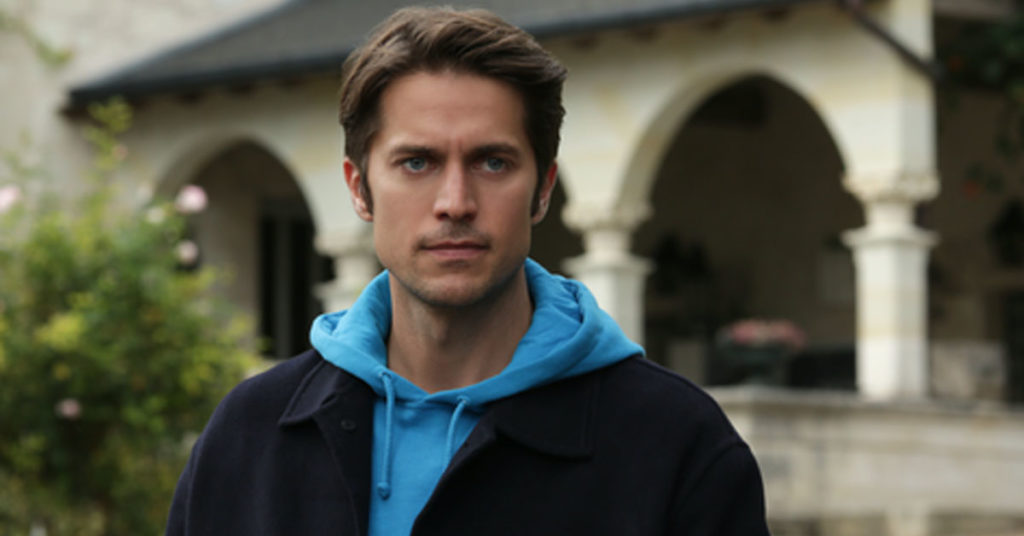 Say bonjour to Lucas Bravo, who plays the very fit chef in Netflix’s Emily in Paris

Netflix’s latest drama series Emily in Paris came out over the weekend and it’s divided the internet. Some people are loving it for the costumes, the phone case and the fact that it’s created by Sex and The City’s Darren Star. Whereas others hate it and think it’s just another stereotypical show about Paris full of hilarious clichés. But I think there is one thing we can all agree on. Lucas Bravo aka chef Gabriel is easily the best thing in the show.

Lucas plays Gabriel who is Emily’s neighbour and love interest but they’re in a love triangle with Emily’s new best friend who is Gabriel’s girlfriend. Talk about complicated.

But one thing that is not complicated is everyone’s love and thirst for 32-year-old Lucas who can actually cook and is a fan of Normal People. This is everything we know about Lucas Bravo:

Lucas has appeared in a number of short films before starring in Emily in Paris, but the Netflix series will be his first leading role. He’s previously appeared in a Chanel advert and is starring in the upcoming movie Mrs Harris Goes to Paris. He really has a thing for projects about women going to Paris.

He can actually cook

Not just a pretty face, Lucas can actually cook. In an interview with Glamour, Lucas revealed he can actually make an omelette and even worked in a restaurant a few years ago.

The restaurant had an open kitchen and Lucas said he would show off to the customers whilst making salads.

Lucas loves Sex and The City

Yet another reason to love him. Lucas revealed he is a major Sex and The City fan and he learnt all about what not to do in bed from the show.

He said: “I learned so much about things you should or shouldn’t do—in bed or elsewhere—thanks to that show. I absolutely love it. It’s the kind of the show where when you finish it, you feel like you lost members of your family.

“That’s why I felt pressure the first time I auditioned for Darren, because he’s so iconic to me.”

Lucas also said Aidan was his man crush from the show and the person he related to most. He said: “I really loved Aidan. He wasn’t the right fit for Carrie, but he was so nice and human and down-to-earth.

“You know that episode where he comes back after you don’t see him for a while and his hair is short and he’s super charming and sexy, smoking a cigar at the bar? I was like, ‘Yes, I think I have a man crush for this person’.”

He enjoys travelling and being outdoors

Lucas used to live in Paris before moving out to the forest in a town called Fountainebleau where all you can hear are “the wind in the trees and the birds in the morning”. Well I know where I’m going for my next holiday.

He told Glamour is dream trip is to visit Patagonia in South America because he enjoys travelling alone and getting lost.

Come on, we all know this is important.

Equally just as important. He said he probably wouldn’t date a co-star as he likes to keep things professional and that he’s not sure if he’d date a fan because he doesn’t think he has anything. Fit and humble. Got to love him.

All the reasons to adore this man just keep stacking up. Lucas named Paul and Daisy’s characters in the show as his sexiest TV couple and even praised their sex scenes for being so realistic. He also enjoys watching Harry Potter on a Sunday.

His dad was a football player

Lucas was born in Nice in the South of France and spent his childhood moving around Europe because of his dad’s career. He said found it difficult to leave his friends each time and struggled with forming an identity due to the constant relocating.

In the midst of it all 🌾

Lucas isn’t a major Instagram poster, his main uploads are for Emily in Paris and the occasional travel shot, including some that feature his very long hair.

Even though he doesn’t post much, you can be sure I’m following him straight away. If you equally want to stalk him then check out his Instagram here.

Emily in Paris is now available on Netflix. For all the latest Netflix news, drops and memes like The Holy Church of Netflix on Facebook.

•Ranked: Every single one of Regina George’s outfits from least to most fetch

•Quiz: If you can identify these hot movie guys, you’re a true thirsty 2000s girl

•Riverdale, marriage and horror films: This is what the kids from Friends are up to now