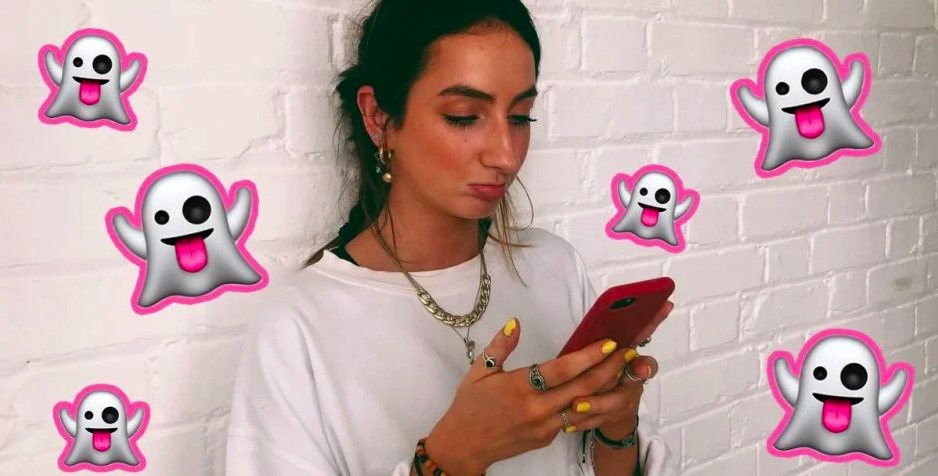 Ghosting is a plague on our generation’s romantic livelihoods. It’s cruel, it’s inconsiderate and it leaves people hanging on for way longer to they need to. Your girls group chat can ping “maybe they’re just busy!” messages into the void all they want, but as a ghostee you are paranoid and inconsolable. So what if instead of the watching, waiting and commiserating, your dating app just sent you a notification telling you – for certain – that you were being ghosted?

As in: Ding (iPhone noise, allow it). You look down at your phone. “Sam doesn’t want to talk anymore”. Phone screen goes black. You are left looking at your own reflection, into the dark abyss of your screen, only yourself for company. Alone again. Naturally.

Well, Elate, a new dating app, is doing just that. I mean… it’s a bit fucking harsh, isn’t it? It’s absolutely savage. It’s basically like unmatching someone mid-way through a convo. But… could it solve the ghosting epidemic we find ourselves in? (Within an actual pandemic, we call it double-demic like Britney and JT at the Grammy’s). Could it be the proverbial ripping off the band-aid that cures us all of our bad ghosting habits? Honestly, I’m not sure my frail little heart could take it. But also, I cannot emotionally manage another ghosting so really maybe I’m just weak. 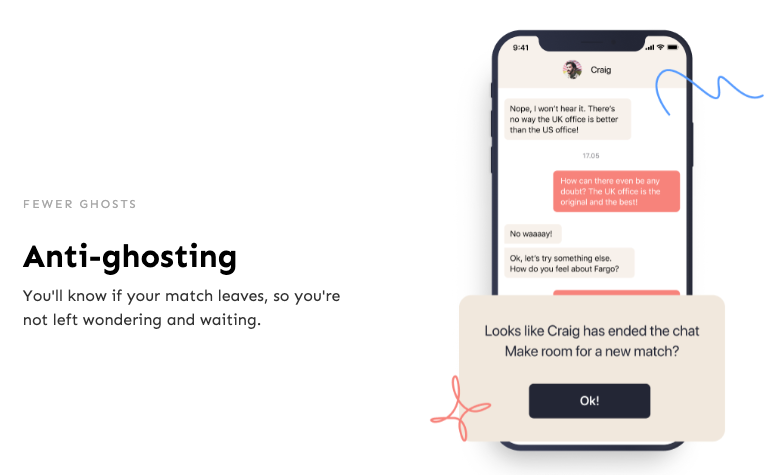 Elate describes itself as the “anti-ghosting dating app” and it’s developed a bunch of features to ensure it’s a ghost free zone. First off, you can only speak to three people at a time. Personally, I don’t know what studs with ridiculous amounts of time on their hands speak to MORE than three people at a time on any dating app. But at least now I’ll know I’m not speaking to a boy who’s got 20 other gals in his DMs and calls me babe because he doesn’t actually remember my name. (Yes I recently rewatched John Tucker Must Die).

As well as the three chat maximum, Elate has it’s key feature: the anti-ghosting “chat end update”. If you’re done speaking with someone it offers you to end the chat whenever, and give feedback as well. Feedback includes “doesn’t look like their pictures”, “didn’t say anything” and “they were hard to talk to”. All pretty savage but let’s be honest, all of these types of matches are encountered on the reg.

And if someone wants to ghost YOU, you’ll know – you’ll get a handy notification saying “Looks like Sam has ended the chat. Time to make room for a new match?” so at least they’re held accountable. And at least you now have a handy notification to pinpoint the moment your heart sinks, how neat!

Essentially, Elate is a bit of a brutal dating app – but it’s straightforward. And with ghosting and pandemics and government U-turns flying all over the place at the moment, maybe straightforward is exactly what we need.