Disinfectant and flour shortages: Everything we know about this year’s Bake Off

But will there be handshakes??

The Great British Bake Off is back on our screens next Tuesday night, and I for one cannot wait. If all the lockdown banana breads are anything to go by, this year has really taught us that baking can cure just about anything.

The bakers have been announced, and we’re a mere seven days away from seeing cake disasters and soggy bottoms galore, but I know you’re wondering: How did they film this year’s Bake Off? How did it work with social distancing? Could they find enough flour???

Here’s everything we know so far about this year’s Great British Bake Off:

Cast and crew lived in a “self-contained biosphere” (which sounds so much grosser than just calling it a bubble) for the duration of filming, to allow for the show to be made.

The “biosphere” included all the show’s cast and crew, 20 members of hotel staff, 80 producers, and 20 “children, chaperones and dogwalkers”.

The show’s normally filmed across 12 weekends, but instead this year it was filmed all at once, for six weeks straight. They filmed “two days on, two days off”, which sounds quite frankly exhausting. 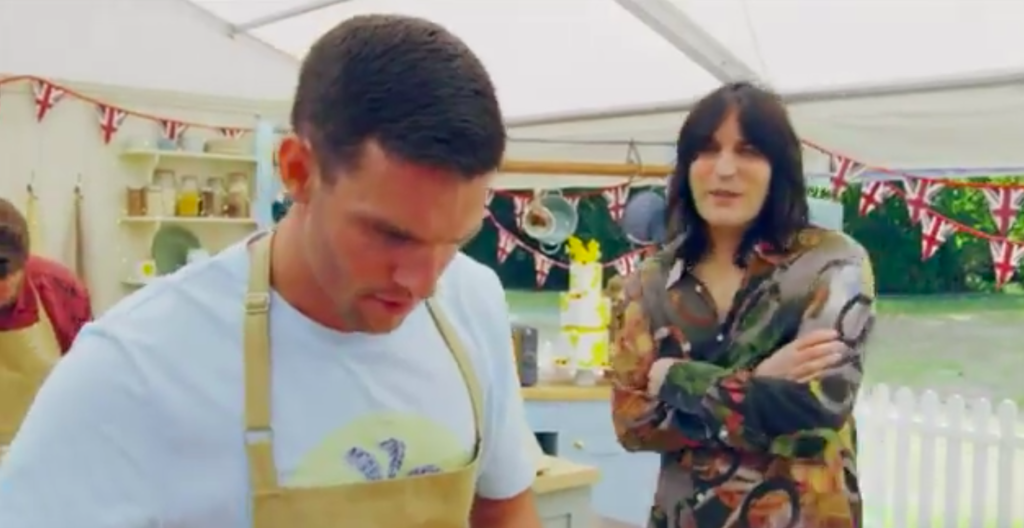 Set almost got shut down because of a coronavirus scare

Someone on set showed symptoms of coronavirus, and the show’s production almost got shut down. The show’s producer told the Radio Times: “Somebody spoke to our medical team because they were showing symptoms that could have been COVID.”

They, and anyone they had been in close contact with, were immediately isolated and tested. Filming was paused for the afternoon, but resumed the next day after the coronavirus test came back negative.

Everything coming on set had to be disinfected

To keep the biosphere intact, everything coming on to set had to be disinfected. It also meant that even things like cars had to be quarantined. Deputy Director of Programmes at Channel 4, Kelly Webb-Lamb, said: “That comes down to minute details, like the car that you’re driving to set has to also have been quarantined. Nobody can have been in it for the time of the quarantine. You can’t stop on the way. And then everything that comes onto set has to be completely disinfected.”

Matt Lucas is the new co-host

Comedian Matt Lucas will be joining Noel Fielding as Bake Off’s newest co-host, after his previous co-host Sandi Toksvig announced she was leaving in January this year.

Along with Noel, judges Paul Hollywood and Prue Leith are returning as the Bake Off. 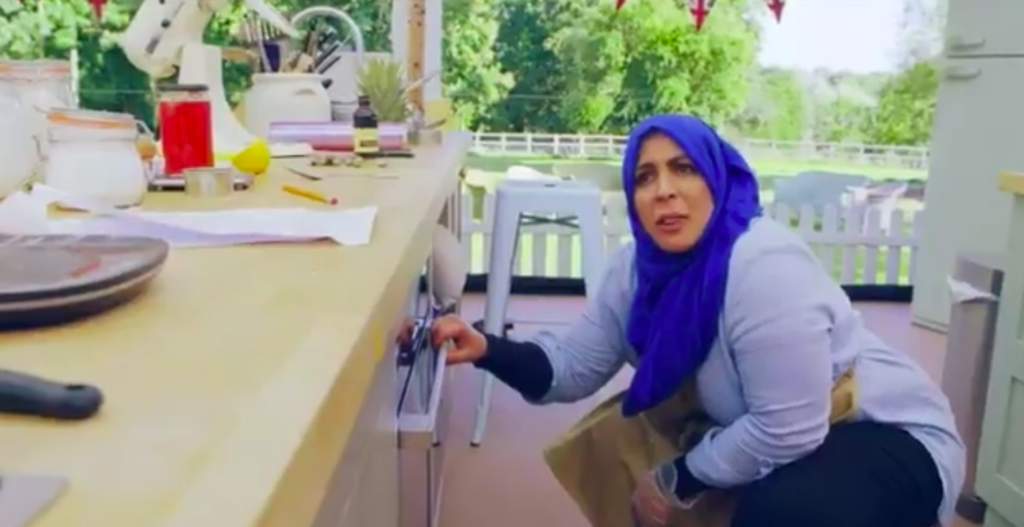 Episodes are now even longer!

The first three episodes of Bake Off have been extended from the normal 75 minutes to 90 minutes – although there’s now an extra ad break in there, too.

Practice kitchens were built for the bakers on days off

Normally bakers would film at the weekend, and the be at home during the week to practice for the next episode, but they obviously couldn’t do this with the bubble/biosphere. Instead, producers built 12 practice kitchens for the bakers to use on their days off, in-between filming.

GBBO had to deal with the flour shortage, just like the rest of us

Remember when everyone was panic-buying everything in Sains, and for ages you could barely find anything in that shops? That affected the Bake Off, too – there was a flour shortage, and producers had to source flour from restaurants and corner shops. Cleaners then cleaned the packages and left them under UV lights, before being cleaned again when they arrived at the tent.

There will be Hollywood Handshakes, despite social distancing

A source told The Sun: “In these strange times, producers want the 2020 series to be as close to normal as possible and they feel that it wouldn’t be the same without a Hollywood handshake.” This is because of the isolation bubble cast and crew formed.

• Meet the contestants of this year’s Great British Bake Off