BRING BACK THE BERRY

The Great British Bake Off has officially died. There, I said it.

Ever since the move to Channel 4, it’s slowly been losing its appeal, and the hardcore fans have become less and less invested in what happens round the gingham tablecloth.

Having just wrapped up its 10th series, it’s clear the show has gone so far downhill, it’s now at the bottom of the ditch.

Seeing that big white tent in the middle of the field used to fill us with all the fuzzy warm joy of a perfectly baked Victoria Sponge. Now we feel like sugar-free cupcakes with no icing.

Look, we all agree, it’s just not the same without Queen Mary

Let’s start with the obvious. As nice and talented at cooking as she is, Prue Leith is no Mary Berry. She just lacks that fuddy-duddy charm and soothing aura of our OG baking queen.

Plus, there’s something missing in her and Paul’s back and forth relationship. Mary used to even it out in a good cop bad cop kinda way, now we’ve got meh cop and meh cop. Not a good judging team.

Gone are the days of the soap opera-worthy antics in the tent. We don’t care about the drama of a cake that doesn’t rise, or if someone forgets to put eggs in their bake (we’re looking at you Jamie).

Think Bake Off? Think bin-gate. Poor Iain was so distraught when his Baked Alaska was taken out of the freezer by Judas Diana in series five, that he ended up presenting Paul and Mary with the bin he’d then dumped his bake in.

Nothing has compared since in terms of baking related drama. Not one single thing.

The showstoppers are not stopping the show

It’s pretty clear the showstoppers are not quite as magnificent as they have been in previous years. We’ve had lions made out of bread, sandwiches made out of cake. But this series they just haven’t had the same WOW factor.

Yes, they’re still pretty cool and much better than anything we could come up with, but there just wasn’t enough pizazz about them this year.

Mary Berry would not pretend that any of these ‘show stoppers’ looked anything other than a mess #GBBO #GBBOFinal pic.twitter.com/itB1pkY0PC

The new themes are trying too hard to be quirky

We’re all here for vegan week. We can roll with that. But 20s week? Dairy week? Just a bit much for those of us who enjoy the classic patisserie and bread weeks. It felt a bit like they were scraping the bottom of the barrel trying to be hip and original but who would’ve guessed, IT DIDN’T WORK.

Miss the early days of #gbbo when, half way through the show-stopper, Sue Perkins would disappear from the tent and take us on a history lesson and show us just how the ancient Egyptians liked their sausage rolls.

Noel’s quirkiness was great to begin with, we all though it was hilarious. But the weird jokes and scripted “funny bits” are just not living up to the excellent comedic timing of Mel and Sue. Sorry. 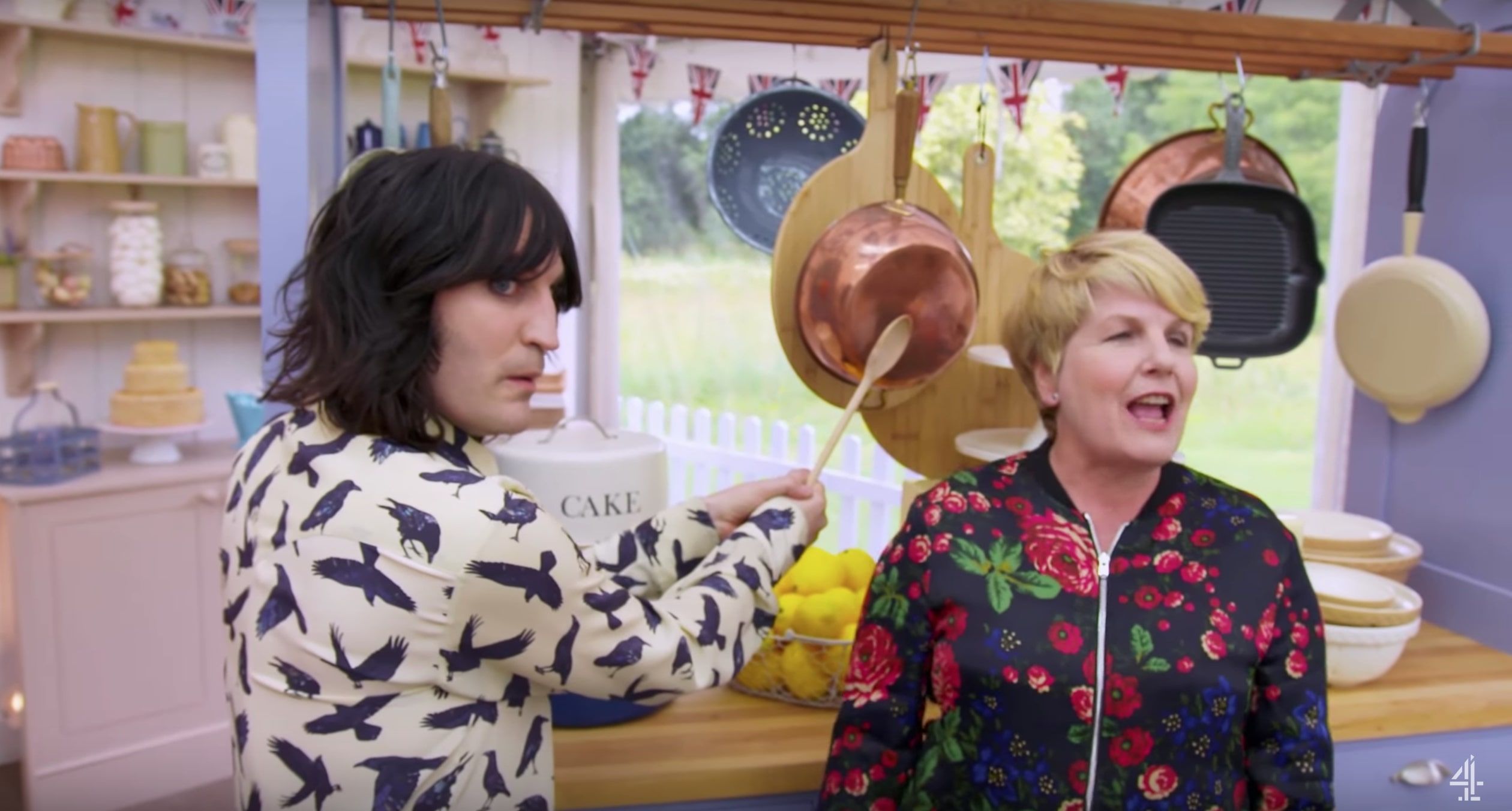 I need Mel and Sue

Everyone used to love Paul Hollywood, and who couldn’t? That silver fox was a bit of midweek eye candy for us all and the baking innuendos sent us reeling. But now it’s getting old. One can only be sent into a fit of giggles by a “soggy bottom” so many times before it gets tiring.

Also the famous handshake, it’s lost its magic. He’s been giving it out left right and centre for bakes that aren’t even that top notch. 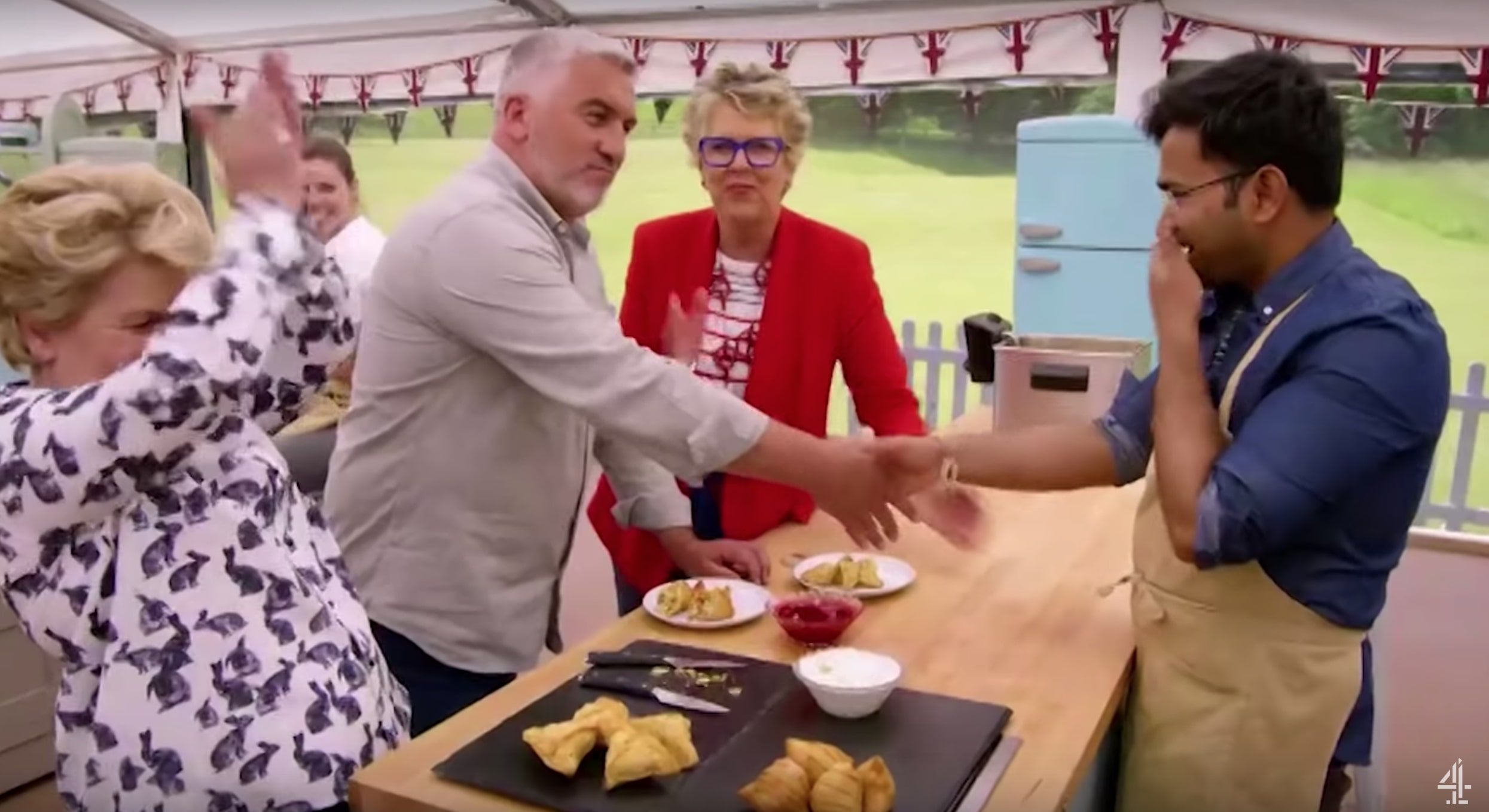 Okay, so Rahul definitely deserved it but he’s an exception.

The contestants are not as loveable – where are the OLD PEOPLE?

Let’s be honest, it got to the final and no one really cared who won. Everyone’s favourites *cough* Jamie, Michael and Henry *cough* left too early, and the ones left did not have us rooting for them like in previous years.

Lest we forget #GBBO pic.twitter.com/gIJYerYdSa

The past series have been missing the loveable, protect at all costs, contestants we’re used to having in the tent.

Who can forget the humble beauty that was Rahul from series nine? And of course there was Val, who everyone wanted as their adopted gran.

Alice the geography teacher just did not have the same appeal. Except for Jamie, we all loved him.

And so, the Great British Bake Off joins the mounting pile of failed UK reality TV shows. It’s been nice knowing you.

• Fluffed lines and washing up: The secrets of the Bake Off tent

• VOTE: Who is the most iconic Great British Bake Off contestant ever?