They film for 13 hours a day jheeez

The Great British Bake Off doesn't seem like the type of show that would have a lot of secrets, but it does. There's loads of stuff going on behind the scenes. Such as only one person doing the washing up for all the contestants and producers testing all the ovens every day by baking 12 Victoria sponges (Twelve! Every day!). But what is it like being on Bake Off? What do the contestants know that we don't?

Series four winner Frances Quinn has spoken out about what it's really like to be on the show. Bet you didn't know that contestants film for 13 hours a day, everyone sleeps in a hotel together and Paul Hollywood watches boxsets while everyone bakes.

Watching the show, you often forget that the whole episode isn't filmed in one day. It's actually filmed over the weekend, they just have to wear the same clothes on both days. Frances said: "Luckily they change the aprons so we don't look like a Jackson Pollock painting by the end of it.

"I think layers [is the answer], but even then you still have to wear what you had on, on top. Difficult. And everyone was always like 'Did you buy two of everything?' and I was like 'No, you're spending so much money on butter and eggs.'" 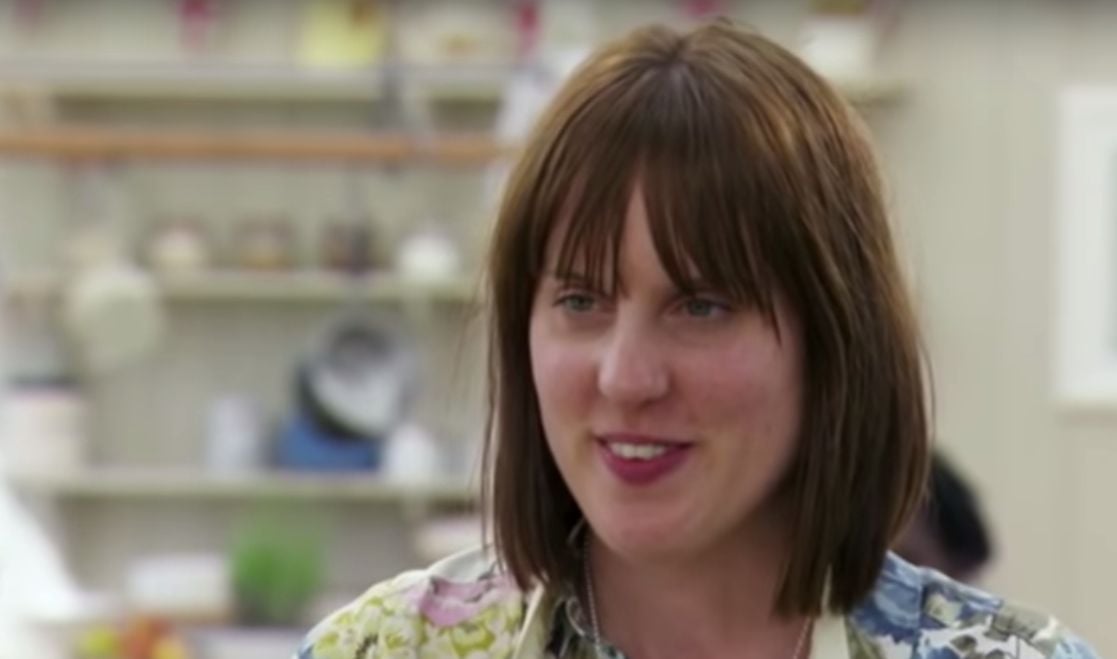 Frances on the show

The contestants all stay in a hotel together

Omg, a GBBO sleepover. Truth is, it's just easier for the producers to house everyone together on the Saturday night so they can get them all back in the tent early on Sunday.

Frances said: "The year we did it, we were staying in a hotel and we'd get the baker's minibus out to the tent which was about half an hour away. You'd think it was fun, but it's actually all quite stressful. It was like going towards an exam, and then on the way back, some people had done really well in the exam and some people hadn't done so well and it was the next day when you know someone is going home. It was tricky trying to deal with everyone's different emotions."

The contestants are filming for 13 hours a day

"You haven't really got a life other than Bake Off. No social life. That was the most stressful time. We had to get a train down on the Friday and we'd have a wake up call at 5am, we'd be in the tent at 7am. We'd wrap filming at about 8pm and then it would be the same again the next day. I'd get back at about midnight on the Sunday."

The judges don't actually interact with the bakers much

Frances was around for the times of Bake Off gone by, where Mary Berry was still a judge and the show was hosted by Mel and Sue. She said Paul and Mary would actually rarely speak to them: "Not during the show. They very much tried to keep it unbiased. We saw a lot more of Mel and Sue.

"Mary and Paul would purely come in to do what we called the royal tour – where they'd come in and find out what you were making, and then they'd come back in for judging. You're not in the same hotel having sleepovers!

"You form more of a relationship after the show when you see them at things like BBC Good Food or whatever – but they need to keep their distance. They're there as judges." 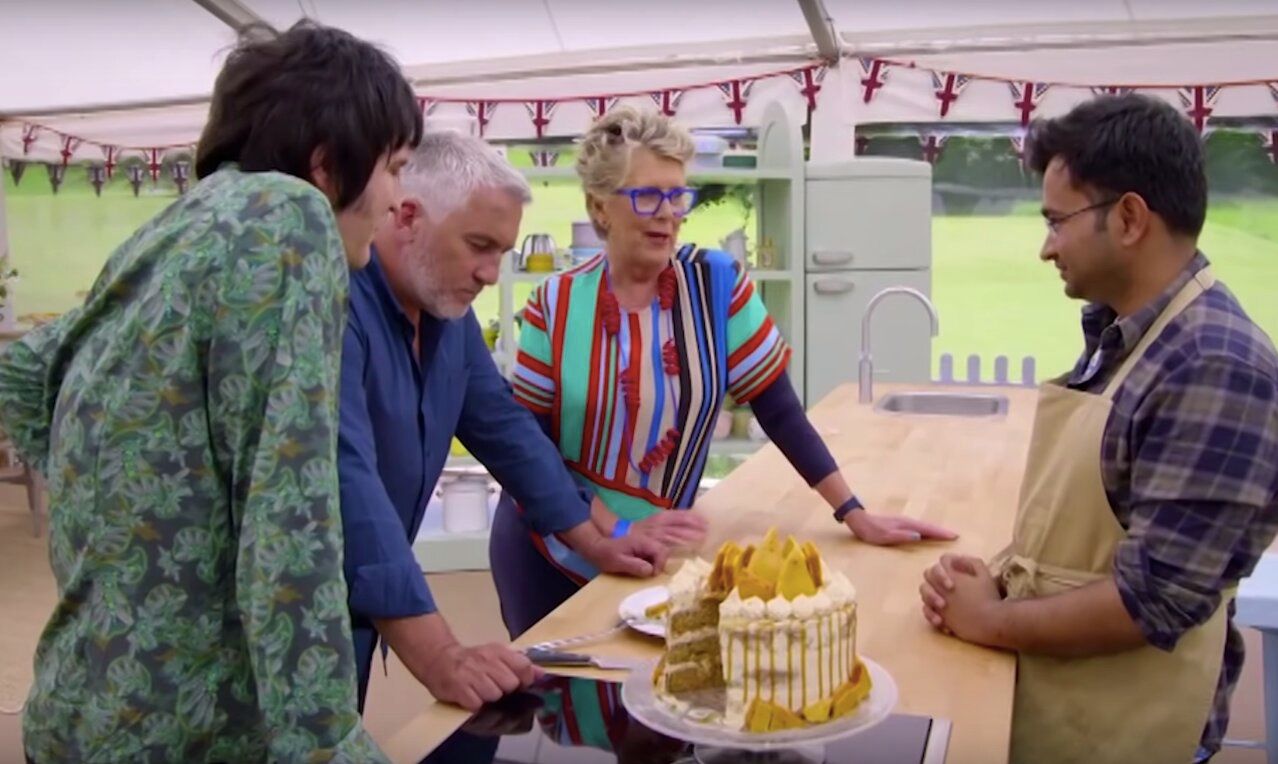 Apparently they would talk to Mel and Sue more than the judges, but the two of them still managed to sneak off occasionally and chill out with Paul and Mary.

Frances said: "They're in the tent a lot more, but there's still not there the whole time. I saw the four of them watching Mad Men and stuff when we were having mad episodes of baking! They'd be watching boxsets."

The bakers are interviewed eight times a day

"They just have to get so much footage for an hour show. You're being interviewed about eight times a day, just so they've got every type of answer and every type of question has been asked. They don't want to miss a thing." 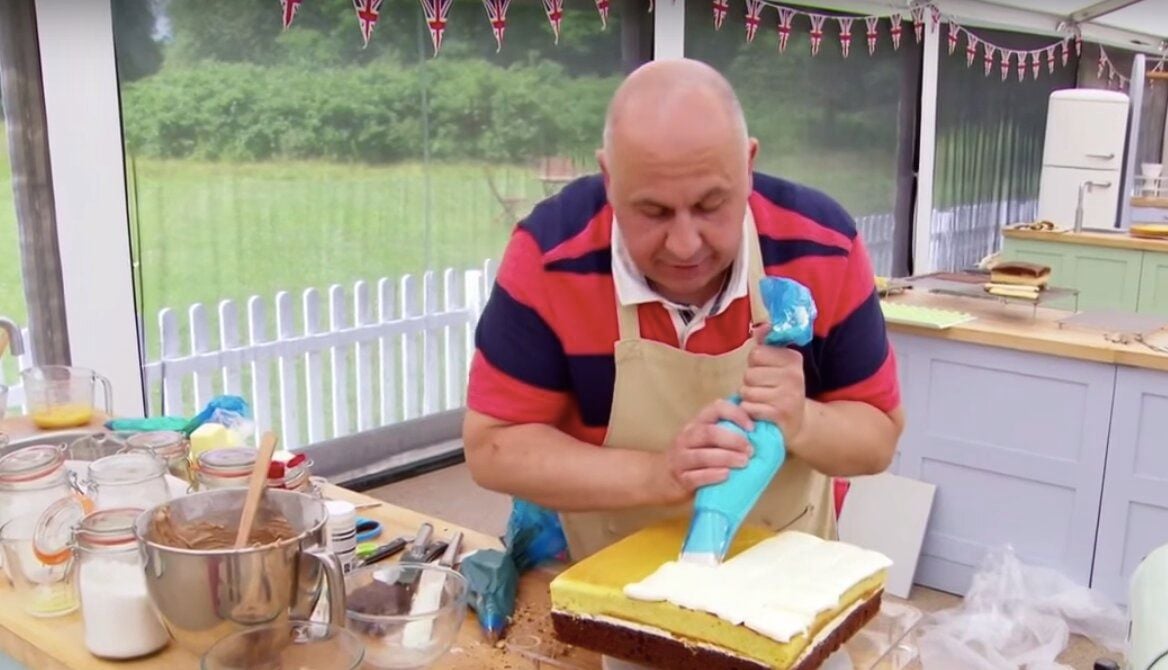 Apparently the temperature of the tent is a cruel mistress

"It's completely alien to your own kitchen at home. One, you're in a tent. Two, I bake in my own little space with the radio on, and then you're there and you've got six camera men, the floor's a bit like a bouncy castle because obviously it's in a tent. The temperature fluctuates – you'd be making a meringue and it would start raining, or we'd try and make pastry and it would be 27 degrees outside. The technical challenges and lack of time and lack of fridge and work space are the enemy on that show."

If you don't want to be filmed messing something up, you've got to pretend everything is fine

"They want a camera on you every time you're going in the oven, looking in the oven, bringing something out of the oven. The thing is to not express when something goes wrong – that's when the camera will be on you. You just have to not let them know."

"You used to have to put out Sue friendly bowls because she would just go around eating stuff off your work bench and you'd have to be like 'no Sue, I need that'.

"When it was the final, I saw footage of Mel and Sue and Mary eating asparagus off my work bench and I was like 'I had no idea they were doing that!' I just had my back to them over in the corner."

• VOTE: Who is the most iconic Great British Bake Off contestant ever?