Netflix’s The Umbrella Academy’s showrunner Steve Blackman has addressed claims the show is “anti-Semitic” and called the accusation “hurtful” and “factually incorrect”.

Steve Blackman said: “The accusation of antisemitism in The Umbrella Academy is hurtful and, more importantly, factually incorrect.

“I wrote these episodes, created the character, and am myself Jewish. While I understand audiences sometimes receive things in a different way than creators intend, The Handler was not created as an anti-Semitic character.

“The Handler speaks every language, including Swedish, Mandarin, Yiddish, and English as we saw this season, and The Commission is not an evil organisation; they do not control finances, governments, or the media. The only thing they control – and more importantly, protect – is the timeline of our fictional Umbrella Academy universe.” 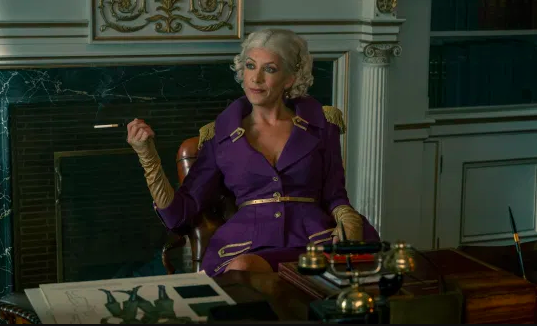 The Umbrella Academy was criticised for perpetuating the “evil Jew” stereotype and the conspiracy theory that Jews run the world. In the show The Handler speaks a number of languages including the Jewish language, Yiddish.

The show also came under fire in the first season for the use of the Yiddish language. Many people on Twitter addressed the use of the language and the reference to “lizard people” and claimed it was a “anti-Semitic trope”.

The Umbrella Academy keeps making me uncomfortable because the evil secret society that controls the universe is run by lizard people that speak Yiddish…. like come on that’s a very common anti Semitic trope 😬

ok, in my personal opinion, the use of yiddish in umbrella academy does perpetuate antisemitism

do i think gerard or any of the show runners meant it to be? no

During the first season of The Umbrella Academy The Board of Deputies of British Jews criticised the use of Yiddish.