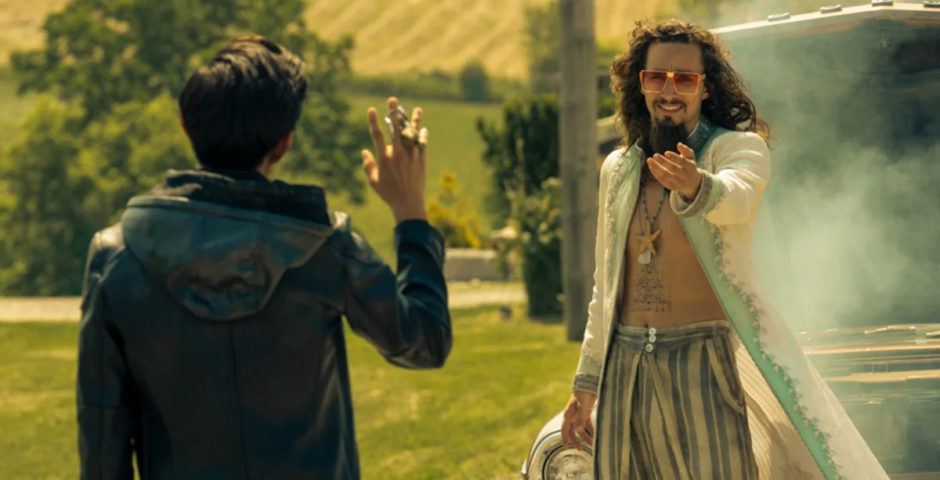 There’s only one bad thing about The Umbrella Academy on Netflix – there isn’t enough of it. But that problem could soon be solved as the showrunner for the drama has spoken about the potential of creating Umbrella Academy spin-offs for different characters.

Steve Blackman has said in an interview that Klaus, Ben or Diego Hargreeves could make for interesting enough characters to have their own versions of the show. Which is of course, very true.

He told Digital Spy: “I think Klaus and Ben, or Klaus and Diego – any of those, to me, would be wonderful spin-offs. I think you could do a limited series with them for four or six episodes, and it would be great. I think even Robert [Sheehan] could do his own little thing about Klaus.”

He added: “Look, you never want to overdo something. But if there’s an appetite for it, I mean … we really get along well. None of us are from Toronto, where we shoot, so we’re all away from our real families, so we’re the family they get when they’re there. It’s a nice group of people.”

Robert Sheehan seems on board, as he added: “It’s a great source of creativity … and to get to do more of that? Absolute-bots. Me and Mr. Hopper [who plays Luther] have unfinished business on screen. I think we have more to do, definitely, in Umbrella or a spin-off.

“Getting to play Klaus, it doesn’t feel like coming to work, really. It’s really fun, and it’s about accessing that sort of trickster god energy. It’s quite a natural innocence.”

Tom Hopper, who plays Luther,  added: “I love the dynamic between Klaus and Luther as well, because Luther is so by the book, and Klaus is the absolute opposite. So I feel that there’s stuff to be experimented with there, much further.”

Robert added that he loves being on the show, and Steve Blackman also echoed that the crew all love working together, so would be keen to do more with the show if it was possible.

GIVE US WHAT WE WANT.

Season one and two of The Umbrella Academy are available on Netflix now. For all the latest Netflix news, drops and memes like The Holy Church of Netflix on Facebook.

• QUIZ: Which Umbrella Academy family member are you?