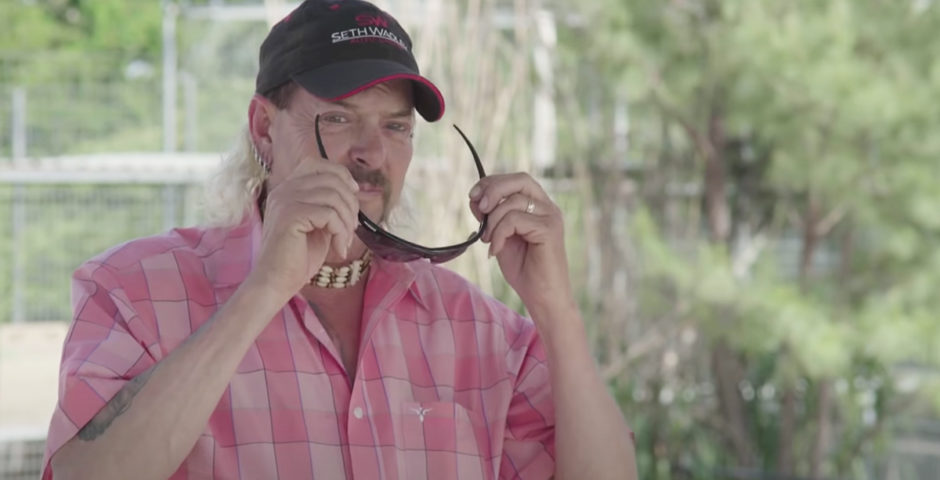 There’s a new Tiger King documentary coming out next week

‘Surviving Joe Exotic’ will be on Animal Planet

Animal Planet is releasing a new documentary about the Tiger King himself, called Surviving Joe Exotic. The show focuses on the animals which once lived at Greater Wynnewood Exotic Animal Park with Joseph Maldonado-Passage, aka Joe Exotic.

The documentary was filmed four months before Joe Exotic was arrested over the Carole Baskin murder-for-hire plot. It contains interviews with him and by the looks of the trailer, the camera crew followed him around the park looking more into his day-to-day working.

The documentary promises that: “Viewers will follow the emotional stories of animals that made it out of the zoo for a second chance at life, and hear from ex-employees, including Saff Saffery – who lost an arm to one of Joe’s tigers – rescue leaders, exotic animal experts, and others with firsthand knowledge of the animal trafficking and breeding that fuelled Joe Exotic’s empire.

“Paired with never-before-seen footage of Joe filmed for Animal Planet’s Wolves and Warriors in 2018, audiences will witness the stories of animals who were caught in the crossfire of Joe Exotic’s big cat breeding business, and the heartwarming stories of those that found new homes after the G.W. Zoo.”

Joe Exotic is currently serving a 22-year sentence in a Dallas-Fort Worth, Texas prison. His zoo had been taken over by Jeff Lowe, but it was recently revealed that Carole Baskin had won control over the zoo in a court ruling.

Joe accused Carole of “stealing” the zoo whilst the world is distracted by everything else which is going on. He said the court ruling is an “emotional blow”, adding he is “already fragile”.

Surviving Joe Exotic will be available on Animal Planet on July 25th. Tiger King: Murder, Mayhem and Madness is available on Netflix now. For all the latest Netflix news, drops and memes like The Holy Church of Netflix on Facebook.