Earlier this week it was revealed that Tiger King, Joe Exotic, has lost his zoo to none other than his arch enemy, Carole Baskin, in a court ruling. And now, Joe Exotic has responded to the news in a statement released from prison.

Carole Baskin now owns the property of The G.W. Exotic Animal Memorial Park in Wynnewood, Oklahoma – which Joe Exotic had previously handed over to Jeff Lowe and his wife Lauren. Jeff Lowe now has 120 days to vacate the property, including the movement of all the animals which are living there.

Joe accused Carole of “stealing” the zoo whilst the world is distracted by everything else which is going on. He said the court ruling is an “emotional blow”, adding he is “already fragile”.

It is a dark day in history when someone takes a man's life's work while the world isn't looking. Carole Baskin has stolen the Zoo while Joe is helpless behind bars and the world is trying to fix the brokenness in our police departments. Help us, please. https://t.co/oI7IDNkbWq pic.twitter.com/ItyKxYdl8b

Responding to the news in a tweet, so assumably sent out via his management, Joe said: “It is a dark day in history when someone takes a man’s life’s work while the world isn’t looking. Carole Baskin has stolen the Zoo while Joe is helpless behind bars and the world is trying to fix the brokenness in our police departments.”

While we again acknowledge it is truly time to pray for justice for George Floyd’s family as well as an end to systemic racism in America, we must address Carol Baskin’s treachery before it goes unchecked. Click for Joe’s official statement https://t.co/EUgXQJgnad pic.twitter.com/oIoLaMmP8G

He followed up this tweet with another, which read: “While we again acknowledge it is truly time to pray for justice for George Floyd’s family as well as an end to systemic racism in America, we must address Carole Baskin’s treachery before it goes unchecked.”

Attached was a link to a full statement made by Joe Exotic about losing his zoo. The page says: “It’s with heavy hearts we must officially address the court ruling that transferred ownership of the G.W. Zoo to none other than Carole Baskin. Because of the amount of press the story has received, we feel a timely response is necessary.

“This ruling is yet another emotional blow to an already fragile Joe, who has spent the past three straight months in solitary confinement. He has been completely unable to defend himself. As hard as this news is, we refuse to accept defeat. Even as we type this message, Joe’s legal team is filing appeals and his social media/PR team are rallying public support.”

Attached on the page is a petition to free Joe Exotic from jail, where he is currently serving 22 years. 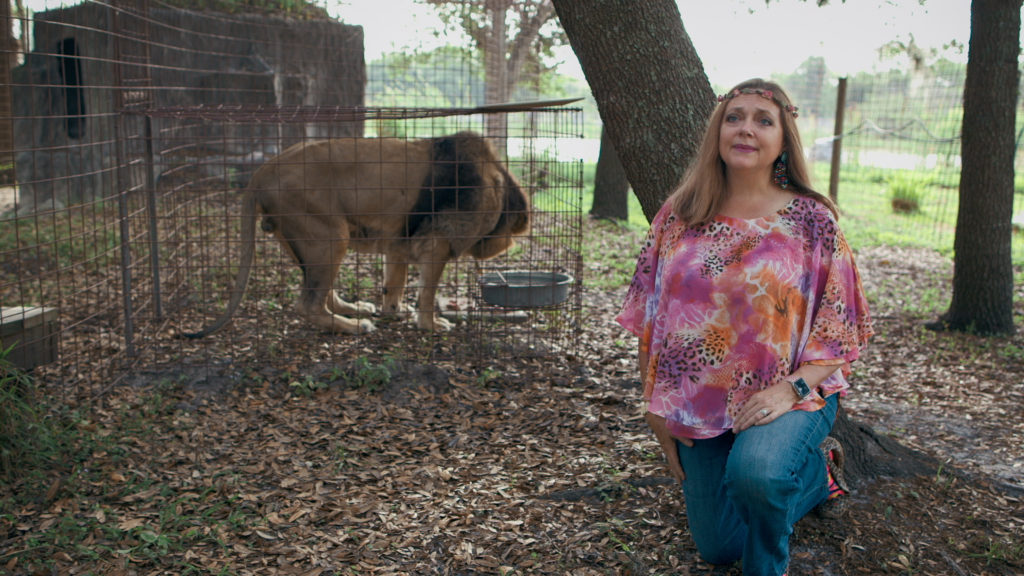 Carole at Big Cat Rescue filed and won a $1 million judgment against Joe and his mom, Shirley M Schreibvogel, in 2016. The judge said Joe’s transfer of the zoo land to his mother and Jeff Lowe was fraudulent.

So now, given that the land doesn’t rightfully belong to the people there at the moment, the judge is granting Carole control of the land to help satisfy the $1 million judgment from *that* old trademark lawsuit. In the Tiger King documentary, we saw when Joe Exotic was demanded to pay out $1 million for breaching copyright – when he used images similar to Big Cat Rescue’s.

At the time of the Tiger King documentary, Joe Exotic was being housed at Grady County Jail. On January 22nd of this year, he was sentenced to 22 years in prison and was moved to FMC Fort Worth prison. His sentence came after being found guilty in of paying a hitman $3,000 (£2,400) to kill Carole Baskin.