A week’s holiday in a castle anyone?

Have you ever gone onto ASOS and moved the price slider to the very top just so you can have a scroll of the most expensive things on offer, things you would never buy but still feel desperate to look through? You scroll past t-shirts that cost £400 each and get that weird feeling in your stomach just imagining splashing that kind of money on one item. Okay, well this is kind of similar but instead of t-shirts we’re talking huge mansions in the Scottish highlands, and instead of £400 we’re talking £20,000… per night.

The name Airbnb might suggest quaint little bed and breakfasts with a cute family cat and a max bill of £100, but there’s a whole other side that a lot of people don’t even know about. A side where the minimum nightly spend is £1,000 and you can literally hire a castle out if you wish. We searched the entire app for property across the whole country to find the top 20 most expensive places in the UK right now and here they are:

First up is a villa in Barnes. The house comes with unreal interiors, a huge garden, a hot tub, five incredible double bedrooms and an outdoor dining space. This is the cheapest on the list but it would still cost you nearly £3k for one night. 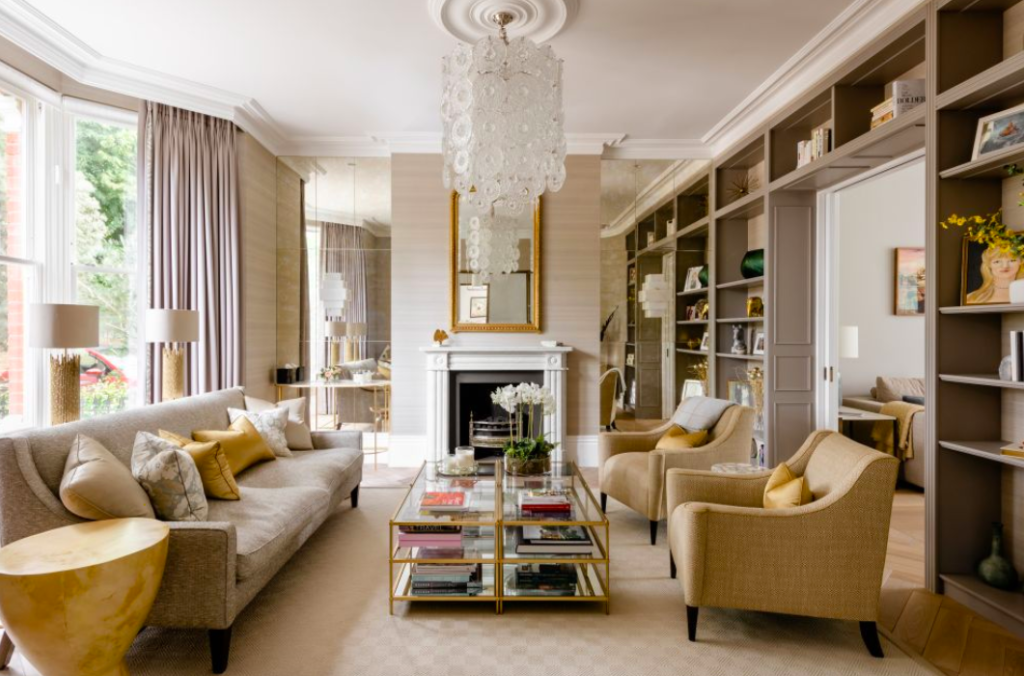 Another big house with five bedrooms, four bathrooms, a fancy gated entrance and a massive garden. For this price you get three lounges you’ll probably never be able to fill and beautiful modern interiors throughout. 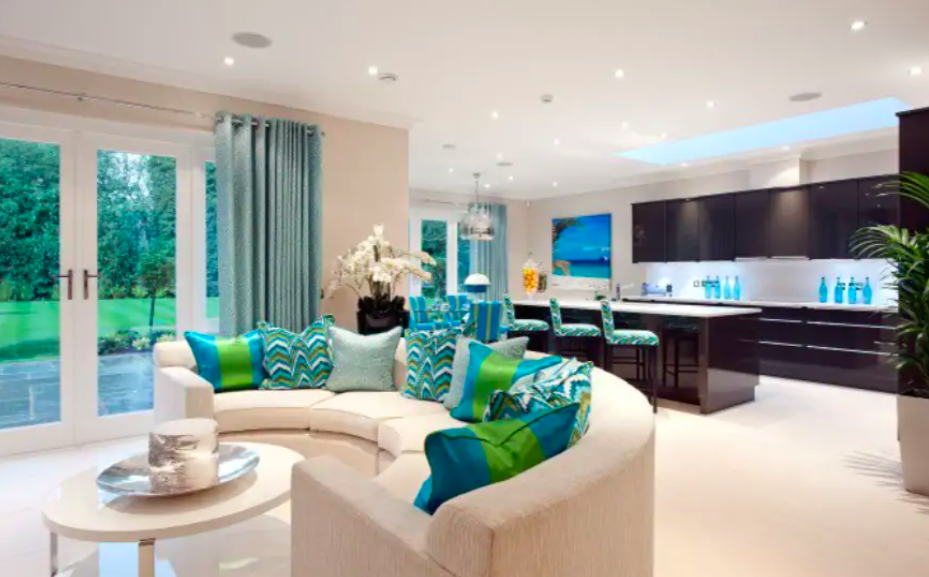 This mansion in Edinburgh is on offer for just £3,000 a night, which is around £21,000 for a week. The house is Grade-A Listed which basically means it has loads of wonderful historic value. It has nine massive bedrooms, a humungous front garden and grey colour scheme all the way through. 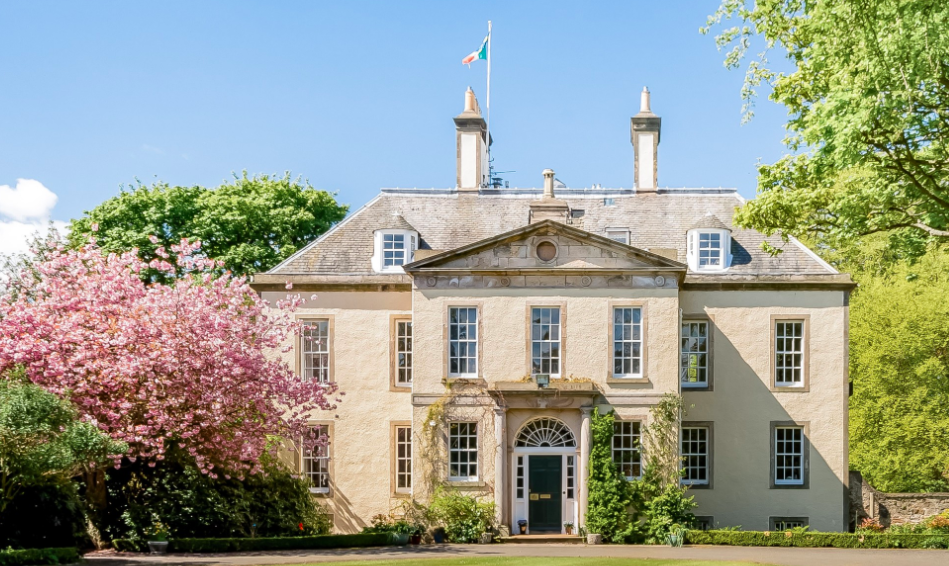 Making it just over the £3k mark is this five-bed apartment in London. Compared to the mansions and villas above, this one is slightly smaller so you’re definitely paying for location. Though it’s labelled as an apartment, you still get a big kitchen, a swirly staircase, a dressing room and a balcony overlooking Knightbridge *dribble*. 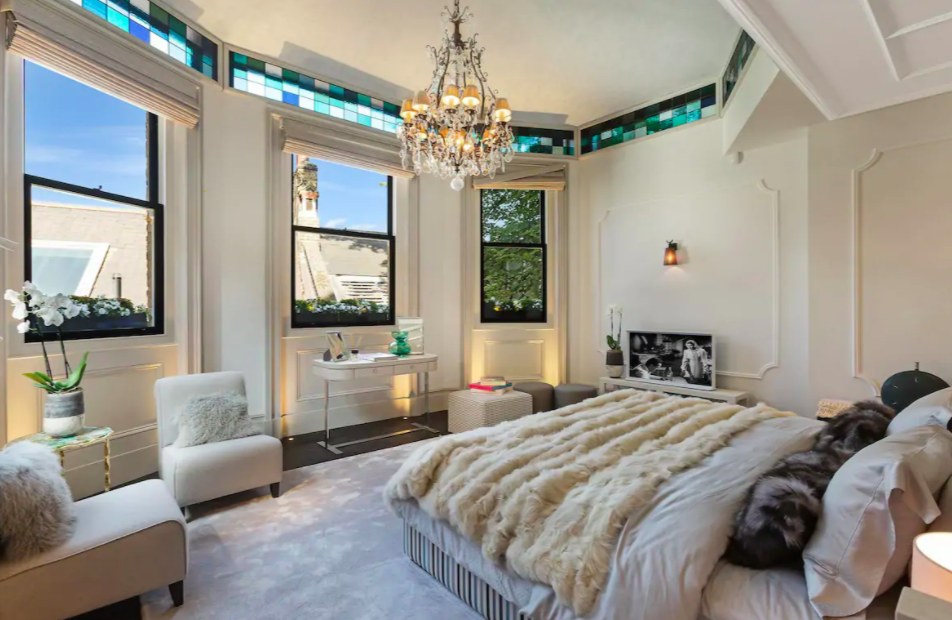 Two-bed apartment and garden in Fitzrovia

For this price you get two double bedrooms, two bathrooms, a very nice kitchen and a lounge area. You also get a garden space and a shit load of plants everywhere. It’s interior is described as a “brand new jungle theme”. It’s right near Oxford Circus station and comes with Amazone Prime and Netflix on the TV. 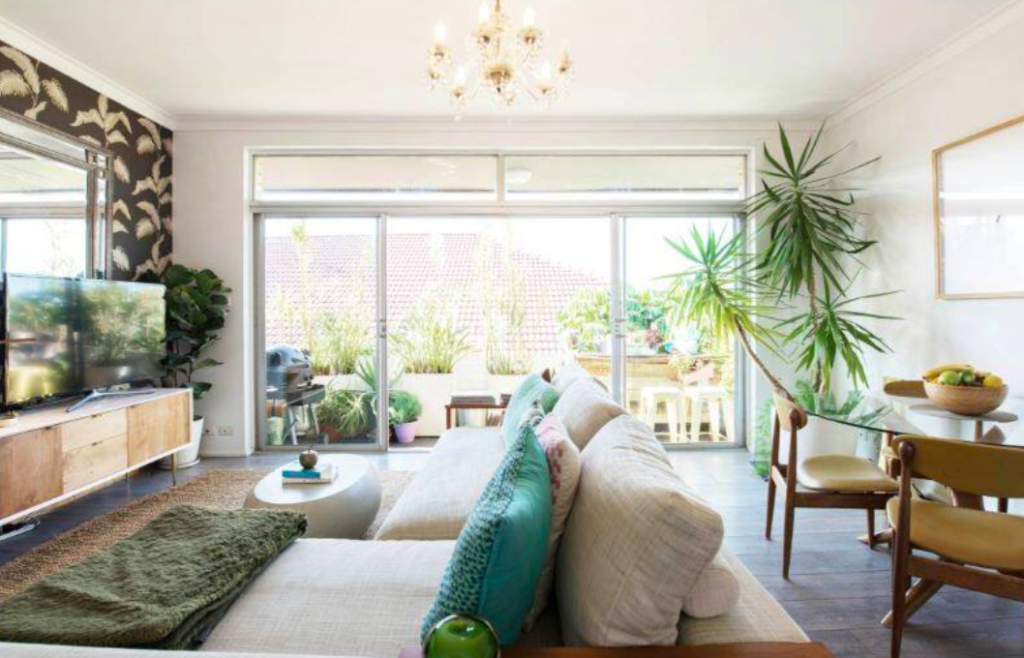 Another manor house and this one is even bigger than the previous. This looks like something out of Little Women and would be perfect for the wildest game of Murder Mystery ever – if you have four grand to spare. 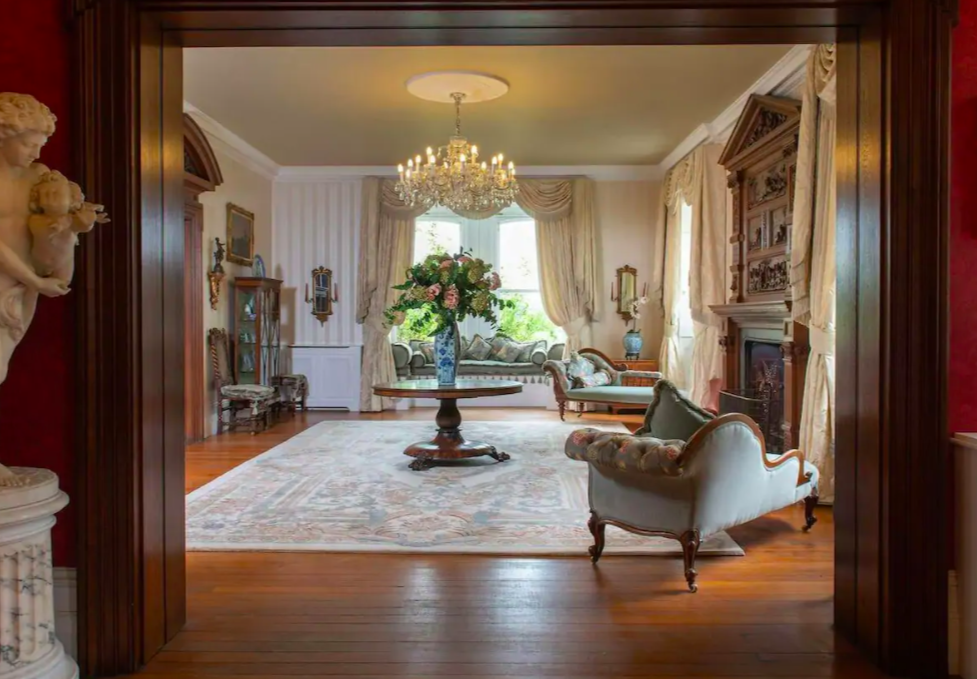 This castle-looking house has six bedrooms, nine bathrooms, multiple gardens and a “duck pond” for your ducks. However, it doesn’t have any pictures of the inside – maybe bear that in mind before you book… HA. 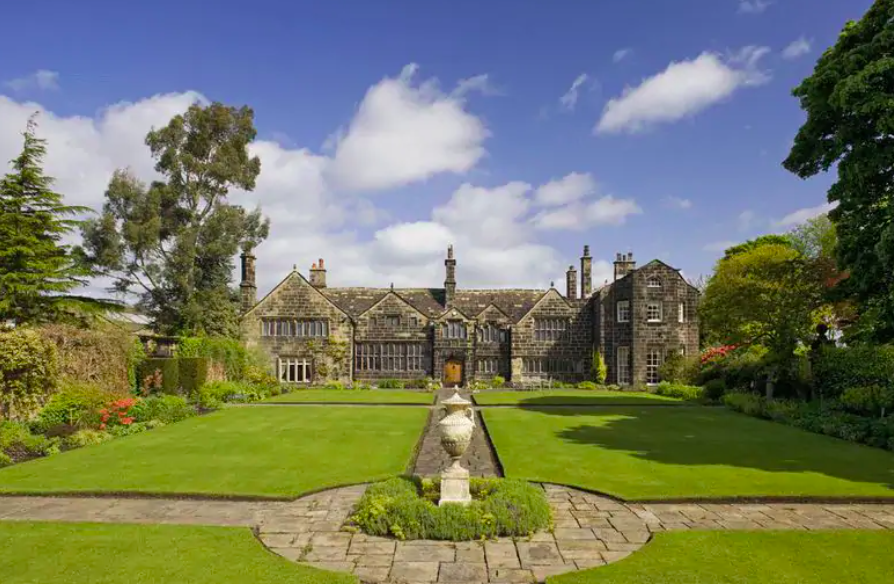 Forget houses that look like castles, for the same price you can actually hire a castle. There are some interesting interior design choices in this castle, including swords on the ceiling, however, it’s massive with eight bedrooms, seven bathrooms and a dining room with candelabras on the table. 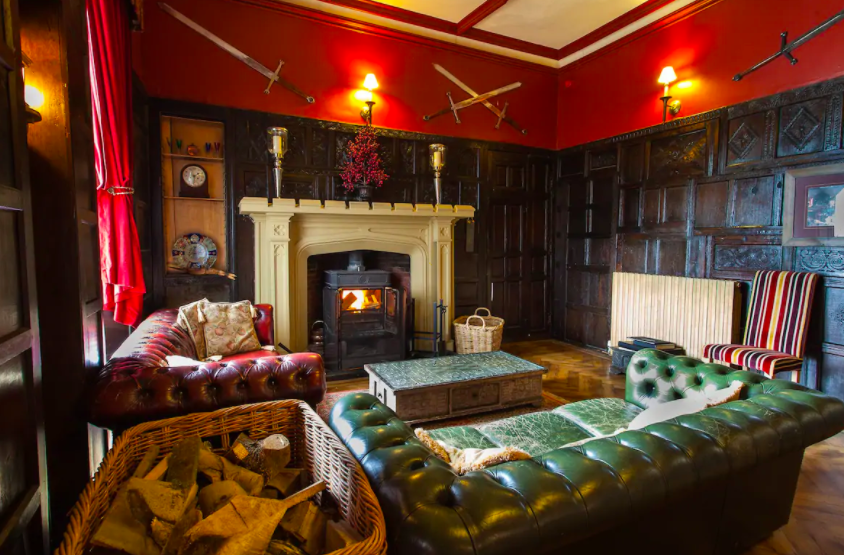 This mansion has an outrageous 18 bedrooms and 10 bathrooms. If you get enough mates together this could still be around £1,500 each for six days. You also get breakfast served to you every morning but no air con. 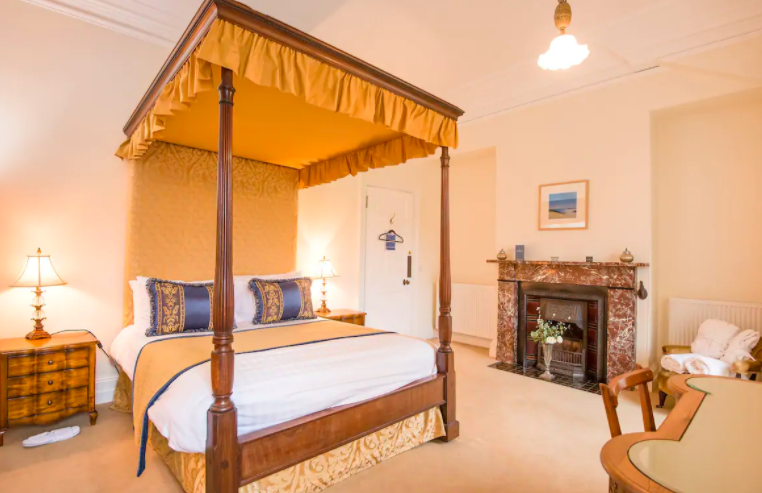 Up in the Scottish Highlands, you can stay in this whole estate. This is described as a “traditional hunting lodge” and comes with the animal heads and everything. For just under £5,000 a night you get 10 bedrooms, eight bathrooms and a wonderful view which you’re never going to be able to afford to see. 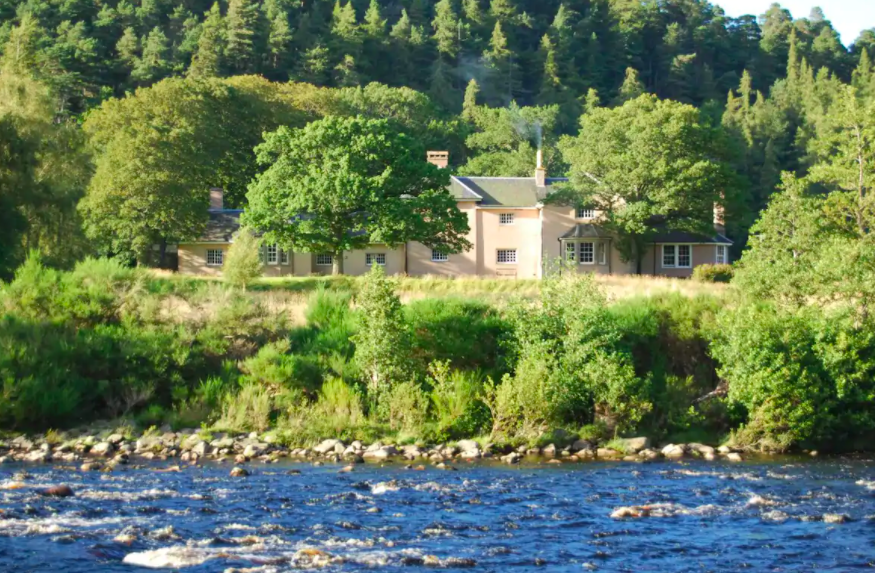 Here’s another beautiful apartment in central London. You get two double bedrooms and an industrial theme interior throughout. Breakfast is also made for you every morning. 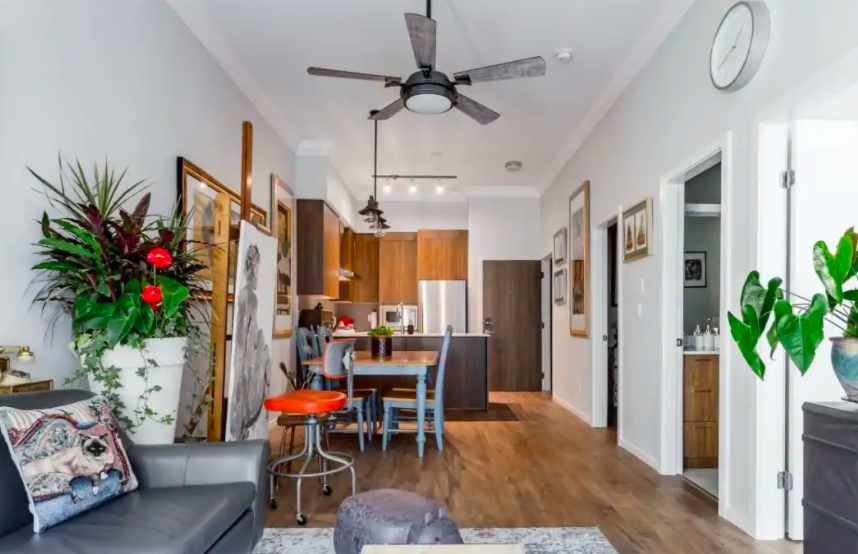 The third jungle-esque themed flat in central London – maybe excessive plants in the middle of a busy city is what rich people look for now-a-days. In the description, it says the beds have Eve foam mattresses and John Lewis bedding which is a big winner. 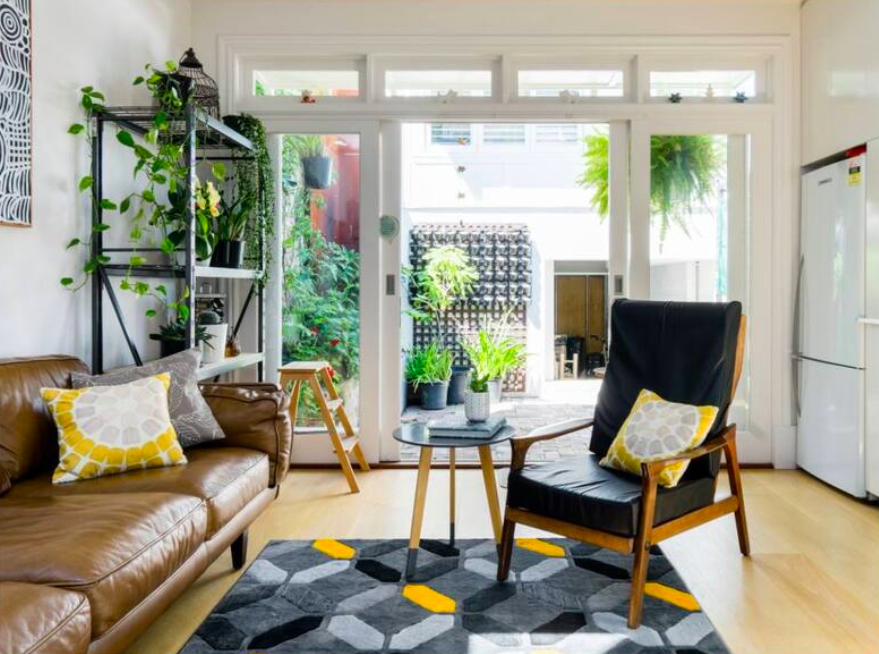 For less than £100 more, you can get a huge manor house in Charlton Kings. It has nine bedrooms and bathrooms which are all equally as ginormous. The grounds are also extensive and all the grass is mowed into a checkered pattern which probably added another grand onto the bill. 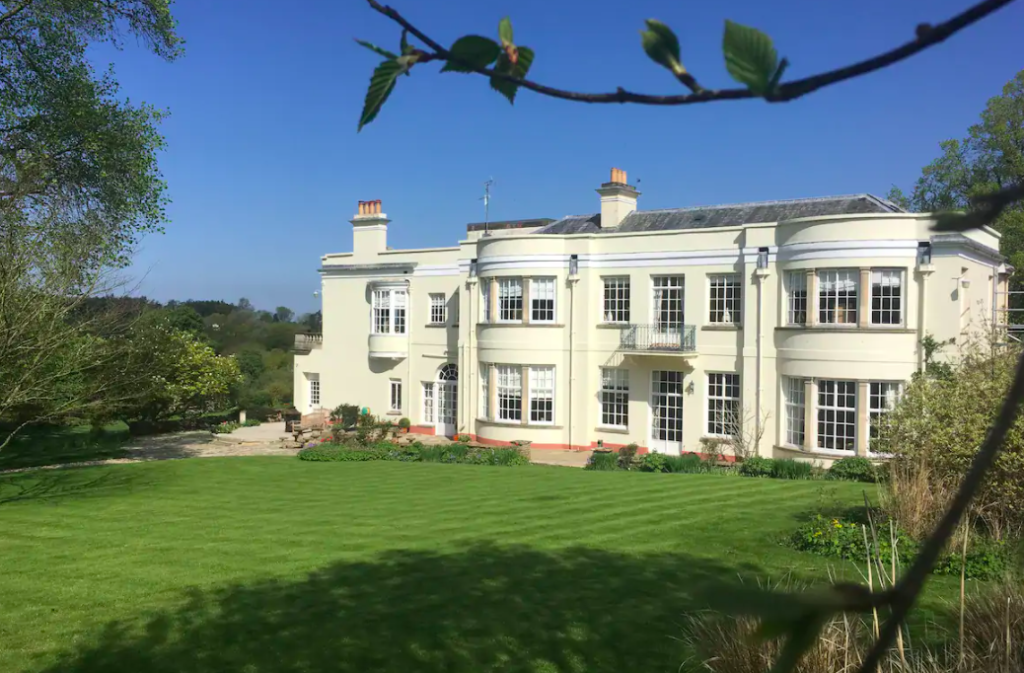 Now this is where it gets fancy. For an easy seven grand, you get a whole estate with a pool, huge grounds and beautiful interiors. There’s also a bottle of champagne in almost every picture, so I’m guessing there’s a lot of that available too (for an added cost ofc). 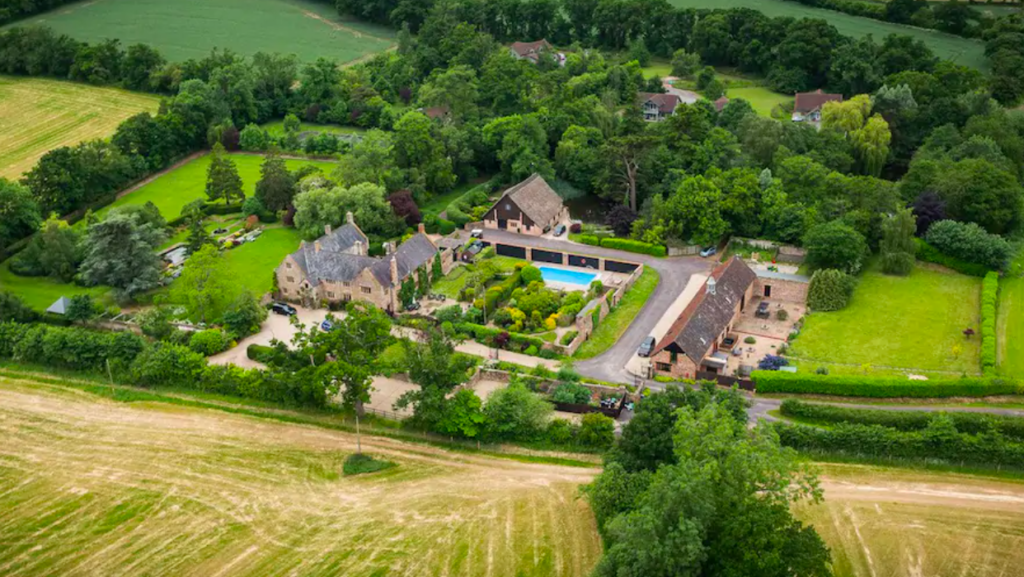 Another huge manor house with 14 bedrooms. Every room has a king-sized bed and its own en suite that has a matching colour scheme. The property also has a huge kitchen, a dining table for like 40 people and a room that’s called a “common space” which is a big cinema room. 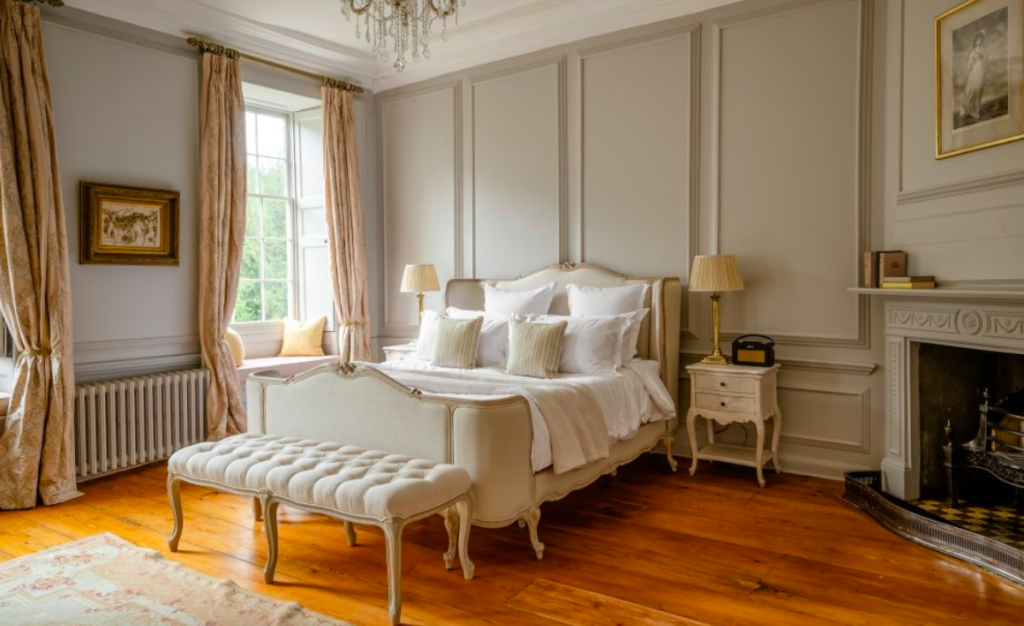 This apartment is described as “retro” and “chic”. It’s bang in the centre of Covent Garden so that’s probably where most of the money is going. All the interiors are very modern and you get a garden in the centre of London which is very nice. 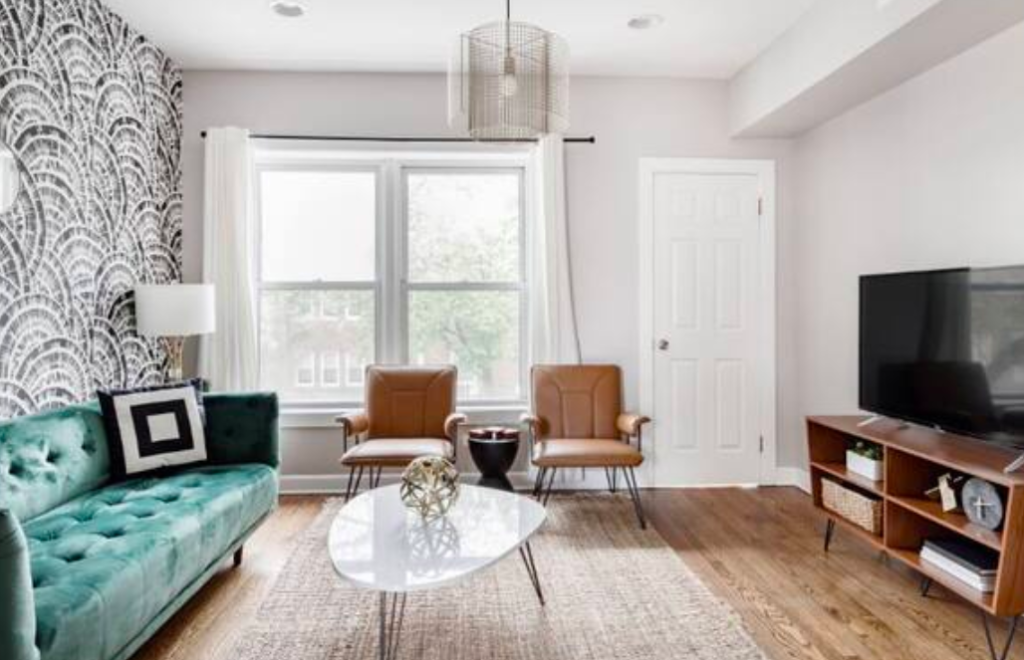 This flat is also located in Fitzrovia and although it’s in the centre of London, it is designed to look like a little wood cabin. It has a private garden, two double bedrooms and a study. 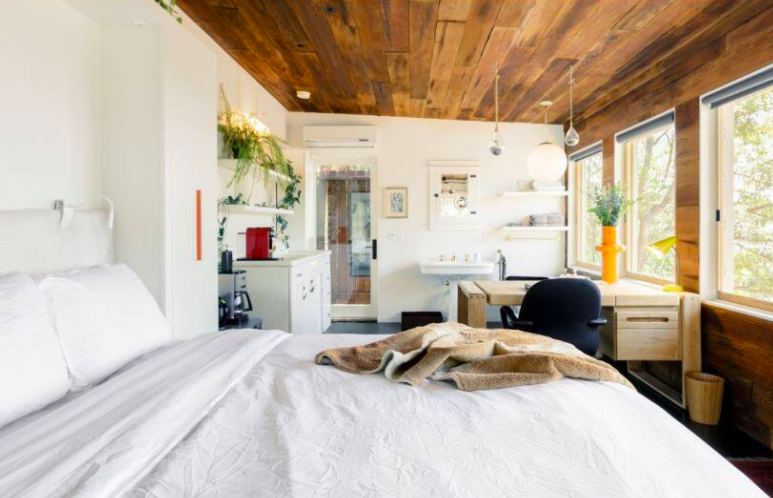 We’ve officially hit the five-figure mark and it comes in the shape of this apartment in York. You get the whole apartment to yourself for over £14,000 which seems like a lot of money for one apartment. It says it’s all newly refurbished and in a prime location, close to the city centre. It’s very nice but maybe York is just boujee. 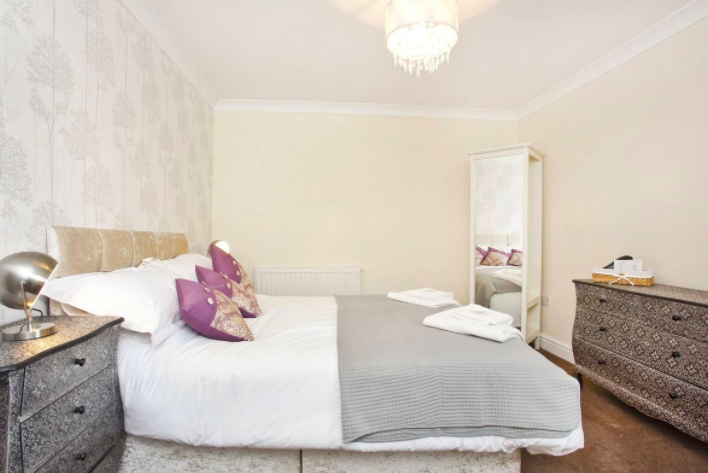 Next up is nearly £10,000 more expensive. It’s a studio apartment right on the headlands in Bude. In the pics, they even added an arrow to show exactly how close to the cliff edge it is. There’s also a little path that runs along the coast and to the beach – you’re basically paying for your own private beach with this one. 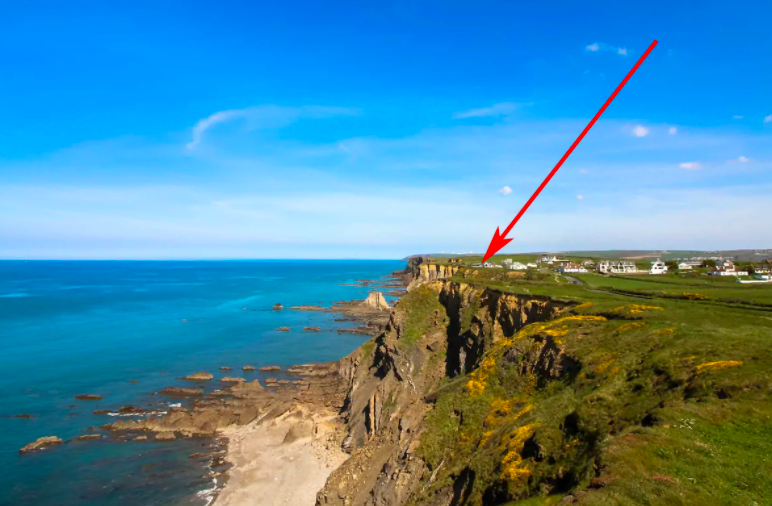 The But ‘n’ Ben cottage in Gartocharn, Loch Lomond

The top, most expensive Airbnb on offer is this cottage in Loch Lomond in Scotland. This is only one bedroom, so you’d be spending over £11,000 each for one night but you do get 15 acres of your own private land and views over Cotland and Ben Lomond hill. You also get an outside decking area and a little wood fire 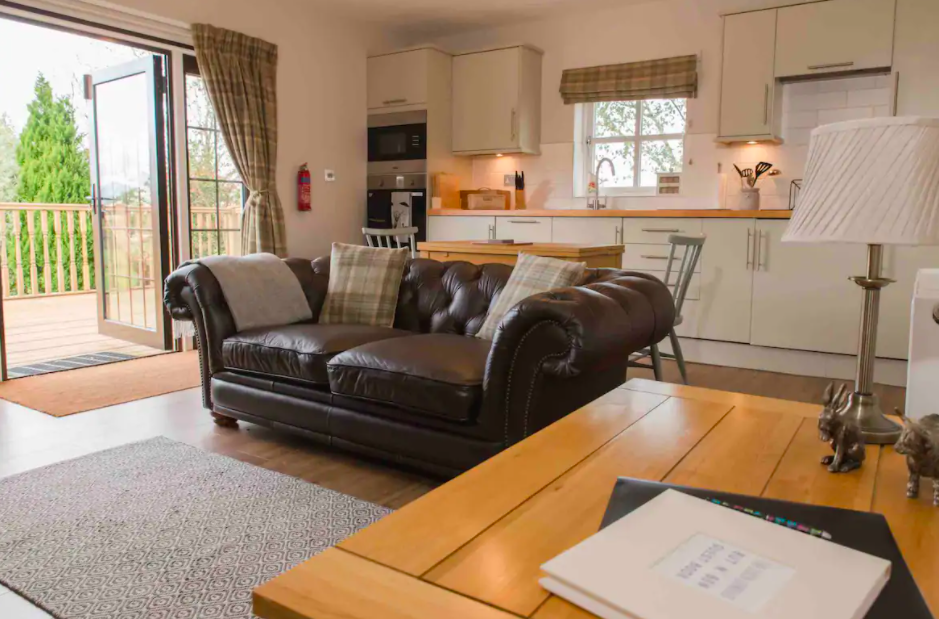