Trigonometry comes in handy on a daily basis

When you leave secondary school, not only are you armed with GCSEs and some A-levels, but a whole back catalogue of completely useless knowledge that you will never need in your life ever again. The obvious front runners include the Simon Armitage poems you spent hours dissecting in the Anthology, how to figure out cos, sin and tan and all those physics equations.

But there’s a collection of more understated moments of school that really, on reflection, was a total waste of time. Like when did you last throw a javelin? How many times have you made a Danish open sandwich since leaving? Ever had a gun to your head and asked to name every single different type of lake? No, never.

School was full of stupid rules, and an even stupider curriculum. Here’s just some of the things you learnt in school that you’ve (probably) never used in real life:

HOW TO MAKE A DANISH OPEN SANDWICH

This is literally a piece of bread, with any topping you like on top. Kind of like toast. Or a half finished sandwich.

EVERY SINGLE THING IN MATHS

Unless you’re planning on becoming a mathematician (so no one), nothing you learn in maths throughout school is remotely useful. Primary school maths has more legs, you know – adding up for when figuring out if you can afford a pint in the pub, or division for when you’re settling the Deliveroo bill. And that’s where it ends. 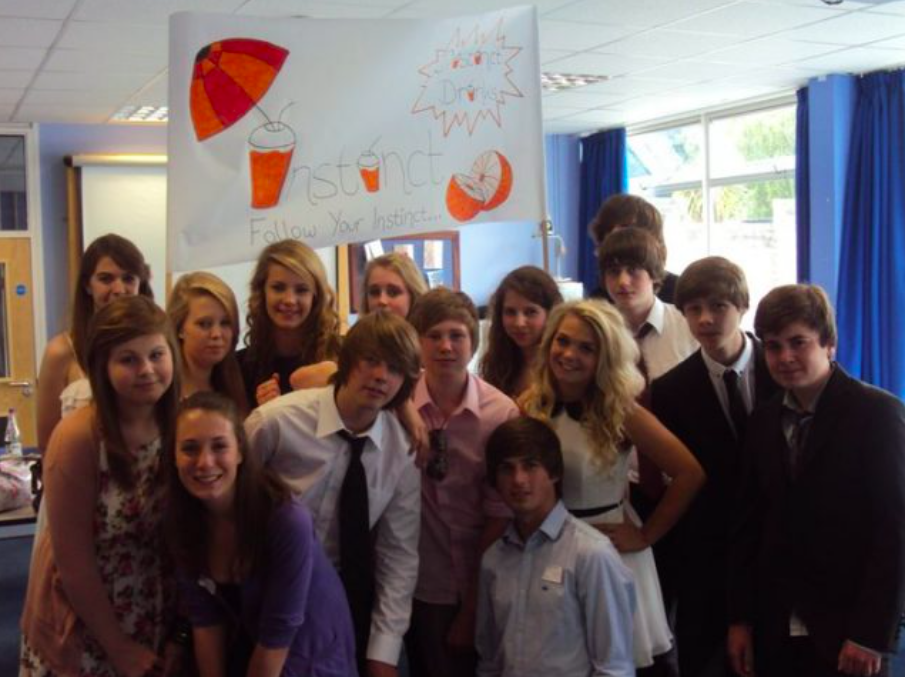 This needs its own point, because it was the most ridiculously unnecessary thing to teach a human. I do not care this much for triangles.

Trigonometry was always justified by “you will need it for when you want to put up a book shelf” – I’m not ever going to put a book shelf up Mr Harvey.

Simon Armitage, Carol-Ann Duffy. Have they helped you find a decent house on the rental market, or got you to the final round of an interview? No.

HOW TO TALK ABOUT SOMEONE YOU KNOW’S SUBSTANCE ABUSE, BUT IN FRENCH

Feel like we could’ve gone over the basics a bit more, rather than delve into how to say “my mum has a cocaine addiction”, quickly followed by “my dad is going to take me to the cinema, then the beach, where we will eat fries.”

They roll out this bad boy when they want to impress you on an open day and geez it blew your little idiot 11-year-old mind, didn’t it? Like they light the jelly baby on fire and it screams and blows up. Whoop de fucking do. Can I go home and play some COD Zombies now?

WTF THE DIFFERENCE IS BETWEEN AN ACID AND AN ALKALINE

HOW TO THROW A JAVELIN 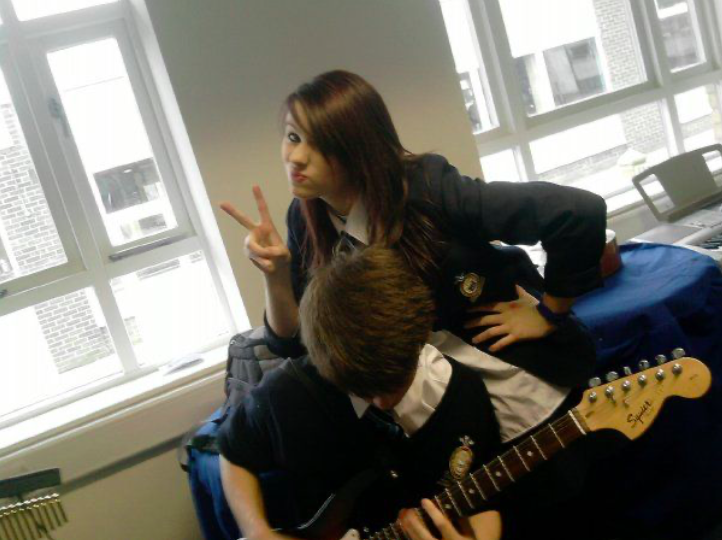 WHAT HAPPENS WHEN YOU PUT MAGNESIUM IN WATER

Alright this experiment was admittedly fun – but a life lesson? I don’t think so.

Okay okay okaaaaay, let’s all settle down before we get angry at the idea that we’re dismissing a cultural great, a British icon, the greatest poet of our times. Shakespeare is of course all those things, but that doesn’t mean a Year 9 would or should be interested in the bloke. If anything, I’d wager it puts people off studying Eng Lit more. And you know what – you learn more watching Baz Lurhmann’s adaptation of Romeo and Juliet than you do reading it. There, I said it.

WHAT A TABLEAU IS AND HOW TO DO ONE

It’s where everyone acts out a scene, staying perfectly still. And to think, a whole hour of your day was dedicated to doing that in a drama class.

WHAT THE POET MEANS WHEN THEY SAY ‘THE CURTAINS ARE BLUE’

Idk, maybe they just like that colour? But I for one have never needed to analyse deeper meanings in things I’ve read on quite that level ever again.

HOW TO WRITE A PERSONAL STATEMENT

Biggest lie we were ever told was that unis would read these, lmao.

THE BATTLE OF HASTINGS

Yeah yeah ‘my kingdom for a horse’ or wherever. Fucking hell mate could you make the concept of thousands of people on horses shanking each other in a field sound any less exciting?

WHAT HAPPENS WHEN YOU PUT VARIOUS SUBSTANCES OVER A BUNSEN BURNER 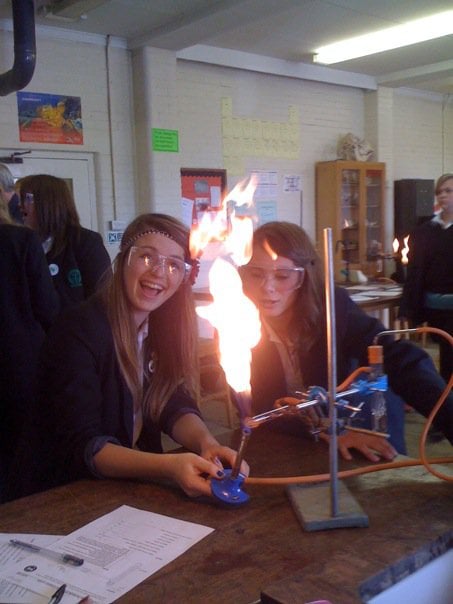 Sorry geography teachers across the land, but we don’t want to be you. So spending weeks discussing volcanic ash and how the ins and outs a volcano functions really isn’t something I feel I need to know. Last time I checked I wasn’t planning on renting a flat on Mount Etna.

WHAT A TECTONIC PLATE IS

All I need to know is that the Earth has them and they make earthquakes. One sentence, not one entire term please.

HOW TO MAKE SMALL WOODEN BOXES IN DT

You could assume that DT (or as the Americans call it: “woodshop”) was designed to make us more self-sufficient, should we ever need to build furniture or, I don’t know, survive in the woods? But really you just learned to make various different small boxes out of wood and plastic. Everyone burnt themselves on the hot glue guns but at least now you know that MDF stands for medium density fibreboard (and it’s a far less substantial material than oak, thank you very much). Also letting teenagers near a bunch of vices was just straight up dangerous.

HOW TO MAKE CUPCAKES, SWEET TREATS AND BASICALLY EVERYTHING EXCEPT A STANDARD MEAL IN FOOD TECH

One of the first things you learn in food tech is undoubtedly some kind of sweet confectionary item, and never a meal. In fact, I don’t actually recall a single meal being made in food tech. This is why people get to uni and live off Pot Noodle. It’s food tech’s fault. You also were led to believe that your food tech teacher was a regular Marco Pierre White when really they just…knew how to bake. And not even like, Great British Bake Off level bake. Oh well, at least if I’m ever in a sticky situation I’ll remember that cupcakes call for 15oz flour, sugar and eggs. That’ll definitely help me out at some point, I’m sure.

Okay high key mad respect to the physics nerds, yo. Hard science, I won’t lie, but why did we have to memorise all the equations? All you had to do was memorise the equation sheet and boom. Instant A*. Total bullshit.

THAT MITOCHONDRIA ARE THE POWERHOUSES OF THE CELL

I swear this sentence will never have meaning in any context, least of all biology, but if you held me at gunpoint and asked me one thing about mitochondria I’d probably still be able to remember that. 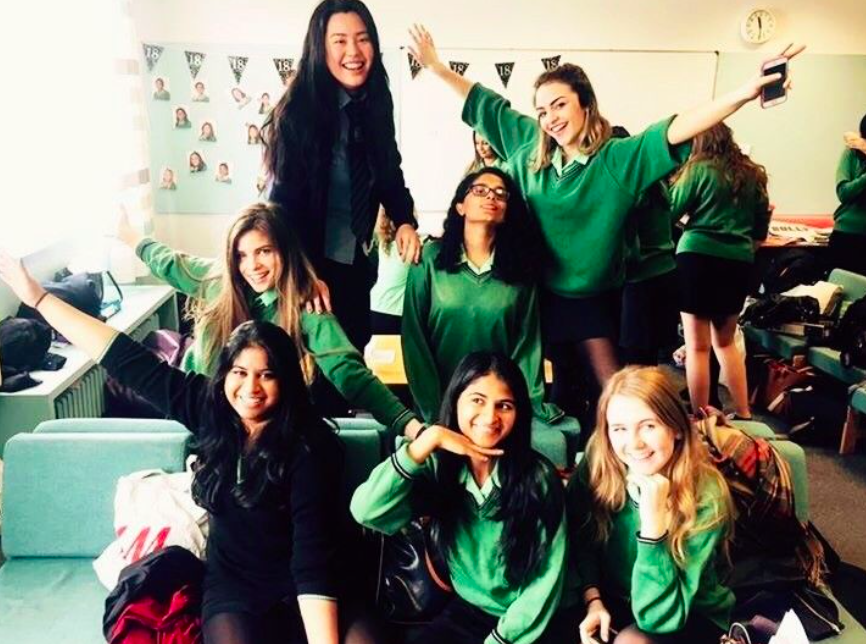 Not being funny, yeah, but the butterfly stroke is for butters people and also has no practical application in life. You do front stroke to, ahem, go fast. Backstroke is for when you don’t want to hold your breath under water. Breaststroke for the chill times. Butterfly??? Get the fuck out of here.

EVERYTHING WE EVER LEARNED ABOUT CHLOROPLASTS

Oh man could I tell you about chloroplasts back in the day. They’re green. They gather the light needed for photosynthesis. They’re important. For one GCSE biology exam and… that’s it.

THAT STD PREVENTION IS AS SIMPLE AS JUST *NOT* HAVING SEX

Mad how making kids stand in a cold field for hours until they BEG you for the sweet release of death (or gymnastics) doesn’t turn them into rugby lads, huh?

HOW TO COOK USING A TRANGIA DURING DUKE OF EDINBURGH AWARD

I’m not even sure intrepid explorers use these in real life. Tbh I’m still scarred from my attempt to cook a full stir fry on one of these. Obviously they’re only good for pasta.

Okay maybe this only applies to the uber posh elite tier of private school kids and those at state schools wishing they private, but if my Latin teacher were Pinocchio his nose would have shot out the door when he said Latin would one day help us learn other languages because SORRY that is total horseshit.

WHAT AN OXBOW LAKE IS

When am I ever going to be in a situation where, gun to my head, someone asks me to name this kind of lake? I don’t know what they get up to in the Lake District but I don’t think it’s this.

ANYTHING TO DO WITH RIVERS IN GEOGRAPHY

Never have I ever needed to measure the wetted perimeter again. What a waste of time that school field trip was.

• Why did every British secondary school enforce these 37 ridiculously dumb school rules?

• Revealed: The private schools which get the most kids into Oxbridge