We all thought we were hard af

I didn’t exactly go to the world’s worst mixed-comp, in fact compared to the worst it was really quite calm – but we made our student teachers cry on a regular basis, and someone did torch it once. We didn’t perfect our skills in a particular sport, we just threw a ball around in PE, and we definitely didn’t call it ‘mufty day’. This is the definitive list of everything you probably experienced if you too went to one of these outstanding institutions:

Every girl was wearing least three layers of make up

Watching the crusty orange line of the Maybelline dream matte mousse sit on Lisa’s jaw, you often wondered how she got it to look that awful. Blending just wasn’t a thing. Who even needs three foundations and two sets of eyelashes on every day?

Plimsolls were a major fashion statement

We all started with the clunky lace-ups from Clarks, but soon enough everyone landed up wearing the trusty Primark plimsolls. Gone were the days of sensible, waterproof shoes – it was all about fashion. 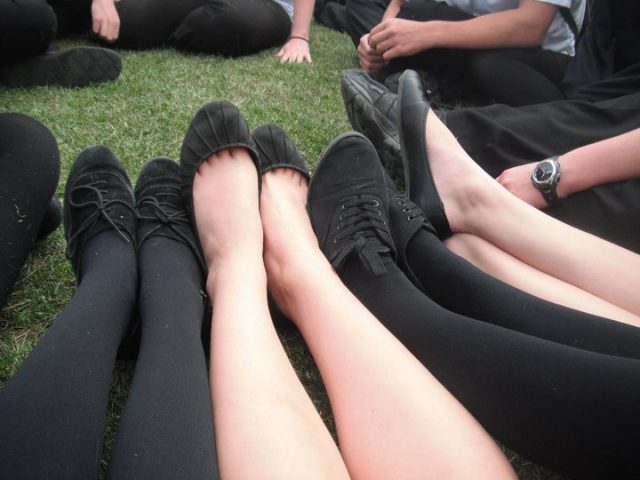 Planning a route and destination with your mates before leaving the classroom were imperative if you didn’t want to get trampled. The pathetic stickers clinging to the walls telling you to ‘Keep Left’ were useless – out there amongst the towering Year 11s and casual knifings, you were on your own. Also, if you ever tried to create a mosh pit in there, congratulations, you were officially a wanker.

Skirt lengths were a constant battle

In fact, all uniform rules were more like guidelines. Polo shirts and sweatshirts are the classic signifiers of the grotty mixed-comp. Teachers would stop girls in the corridor and hold a ruler from your hem to your knee, and the whole thing was very unnecessary.
I wore the same skirt from Year 7-11 and it went from a baggy, pleated mess to a high waisted bum-skimmer. It mirrored my elevation in social class if I’m honest. Two girls came in wearing floor length skirts in protest, and were promptly sent home. They then went back to their miniskirts, and all was forgotten. 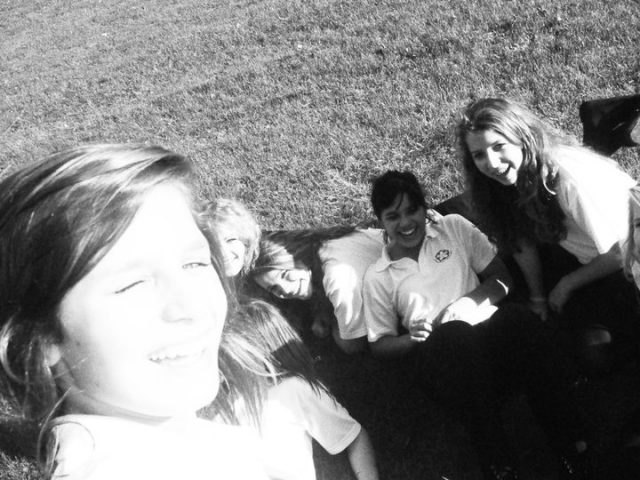 Every class had a group of ‘bad boys’

These guys were the shit. They would swing on their chairs so they could chat up the girls in the row behind, and always had top class comebacks for the exasperated teachers. They wore too much Lynx, turned up blazed to every class, and walked with an impeccable swagger. The rest of us lived vicariously through these rebels, too nervous to misbehave ourselves.

This guy would try desperately to be like his idols, the ‘bad boys’, but he could never quite reach their levels of cheeky banter. He would buy the same sports bag, wear the same haircut and chat the same shit, but he was still always one step behind them. 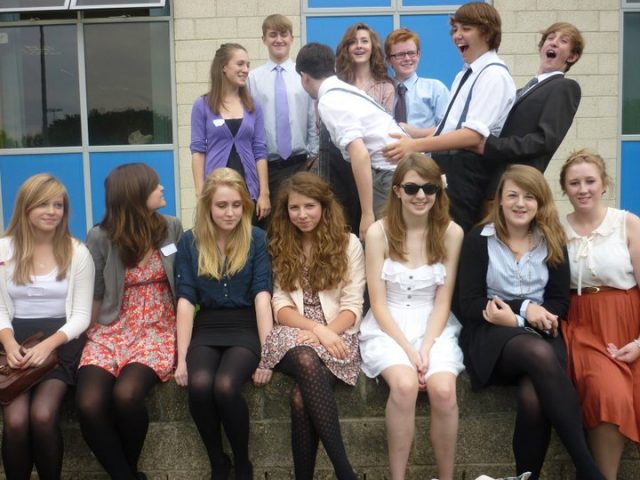 Of Mice and Men, the GCSE set text, featured Lennie the gentle giant and his begrudging carer, George. Every Year 10 student loved Lennie and his weird mouse fetish, but the Year 11s ruined that one pretty quickly by writing this spoiler in the front of all our study guides.

Receiving that “My parents are going on holiday” text was like a dream come true. You knew instantly that that night was going to be a mad one. LMFAO would be blaring on the speaker, you’d minesweep all night, and be dancing on that sofa until sunrise (or 1am). 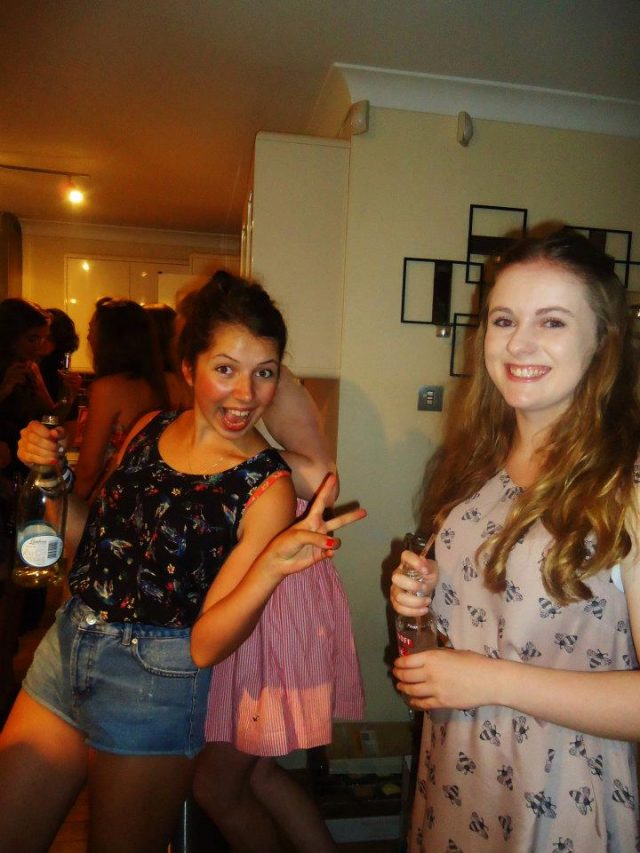 The nudes of at least three girls would go viral

When I was in secondary school we didn’t have Snapchat (the iPhone was still a phenomenon) so the nudes texted to boyfriends were often leaked – by immature dickheads. Someone – another immature dickhead – would Bluetooth the photo to the whole yeargroup and you’d squint at it under the desk on your LG Cookie. It was either that, or the classic print outs stuck to lockers. Grim.

Every group had the nerd who would try to organise everyone to help make the poster, but would always land up getting exasperated and doing it all themselves (this person was me). We’d trade doing the actual work for not having to present it to the class, an ideal situation for the average shy kid. Sometimes there’d be a like minded gal in the group, and we’d sit and chat about the Jonas Brothers whilst colouring in our bubble writing (I’ve been on the Nick-Jonas-is-hot bandwagon for a long time).

We were all lectured on drugs in science class

Half the class would be too high to listen, and the other half would be sat firmly on their moral high ground of “I would never take drugs, they are so disgusting”. So really it was pointless, but at least we were told what ecstasy does to your body so that we knew what to expect at the next house party. 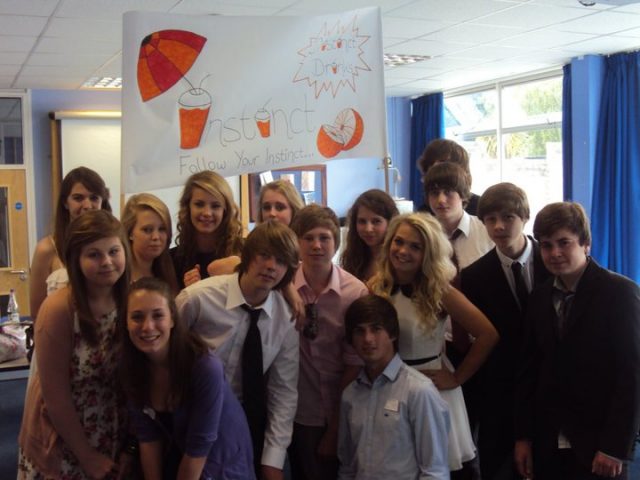 Everyone was always high anyway

In every slightly grimy school there’s a spot out of sight of the cameras and teachers, where people go to smoke up between (and sometimes during) lessons. It meant a lot of red eyes and dazed faces, but at least it kept everyone quiet. 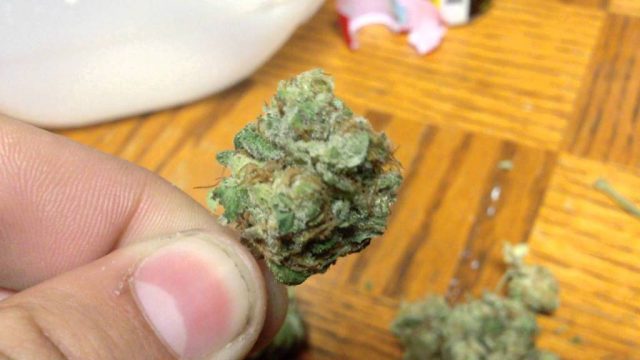 Music lessons were just a pisstake

The fact that they classed dicking around with the keyboard’s synthesiser for an hour as educational was a real high point in school. What did they think we would actually achieve?

Showing any enthusiasm in PE was frowned upon

If you broke a sweat then you were a try hard, and that wasn’t cool. Who wants to get sweaty in the middle of the day, and then go back to a stuffy classroom? Nobody. Sit at the back in your leggings and polo shirt, scowling and chewing contraband gum like a cool kid, for goodness sake.

Jack Wills or Abercrombie and Fitch bags were also acceptable. They were a sign of status and a deep understanding of the fashion industry. The guy’s equivalent of this was to stuff it all in the bottom of their Adidas shoulder bags and not wash it all year. Basically, don’t bring in the canvas drawstring bag you had in primary school. 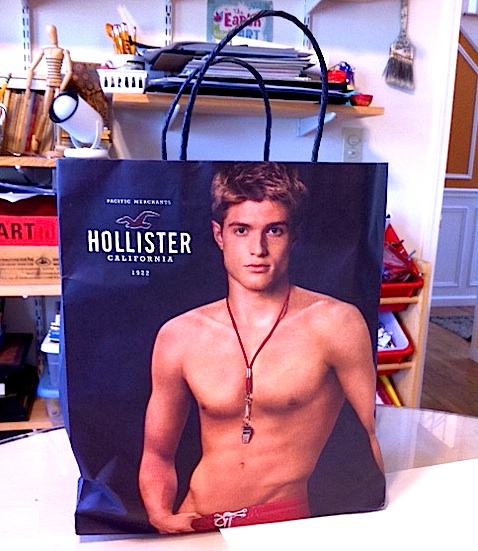 Roxy, Jane Norman, Accessorize, those awful plastic Primark weekend bags that came in five different colours – as soon as two cool girls had it, we all did.