Everything we learned from the Too Hot to Handle reunion episode

They didn’t even interview David lmaoooooooo

The Too Hot to Handle reunion: what happened and should I watch it? Well let me answer those questions right now. ‘Not a lot’ and ‘idk you do you???’ A bit like the Love is Blind reunion, Netflix just couldn’t recreate any of what made actual Too Hot to Handle so good – and I’m saying that as someone who thought the series was so good it basically cucked Love Island into oblivion.

We all have lingering questions: are Sharron and Rhonda on good terms? Are Harry and Francesca still elite attention seekers? Why exactly did Haley hate her cast-mates so much?? Well for the most part the reunion picked over key moments from the show, rather than what the cast are up to now. So over about an hour of Zoom interviews some questions are answered, but I will warn you it’s an hour of your life you won’t get back.

Not like this article though! This is about three minutes of your life you won’t get back! Here’s a condensed summary of everything that goers down in Too Hot to Handle’s smouldering poo pile of a reunion episode.

Too Hot to Handle reunion: What happened? A summary 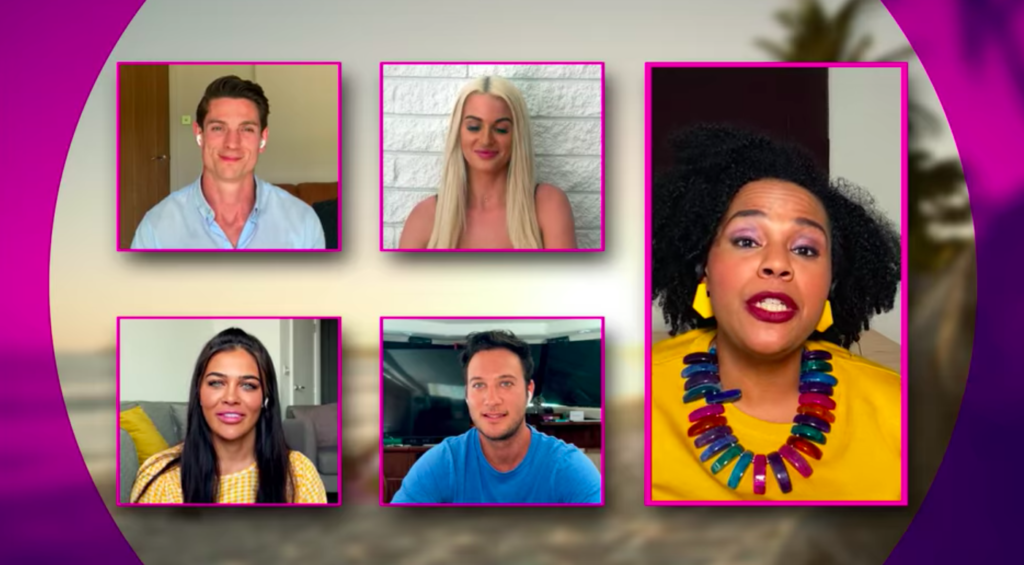 Too Hot To Handle itself was filmed roughly a year ago, but the recent reunion was put together in the midst of lockdown, so the cast were all “reunited” over Zoom. Although the set-up made it look as though the whole cast was on a massive group video call, host Desiree Burch only ever chatted to max two people at a time.

Lana made a brief appearance 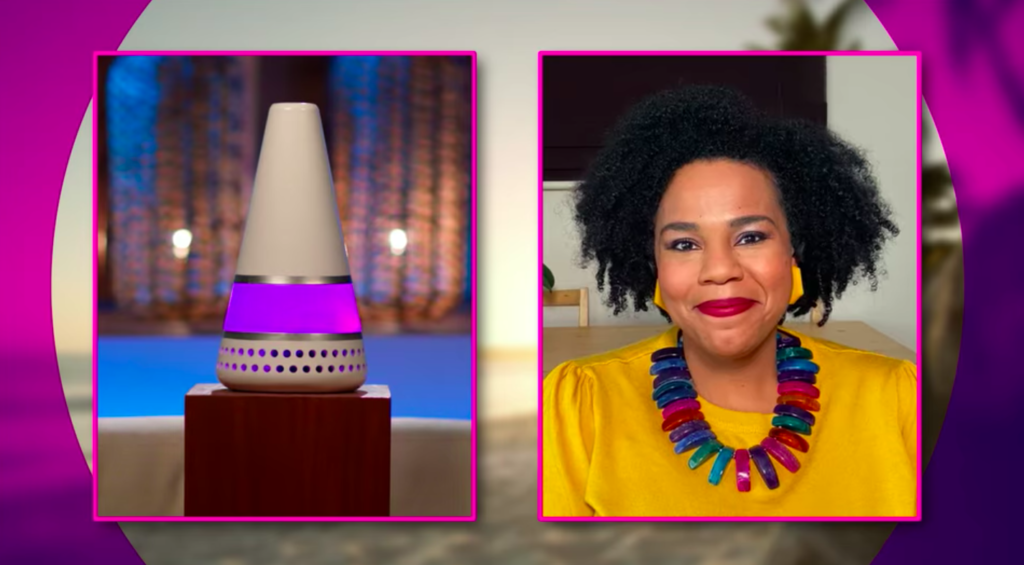 There it is! Somehow it’s even weirder talking to a robot cone over video call than it is talking to one in real life.

Harry and Francesca were given the most airtime 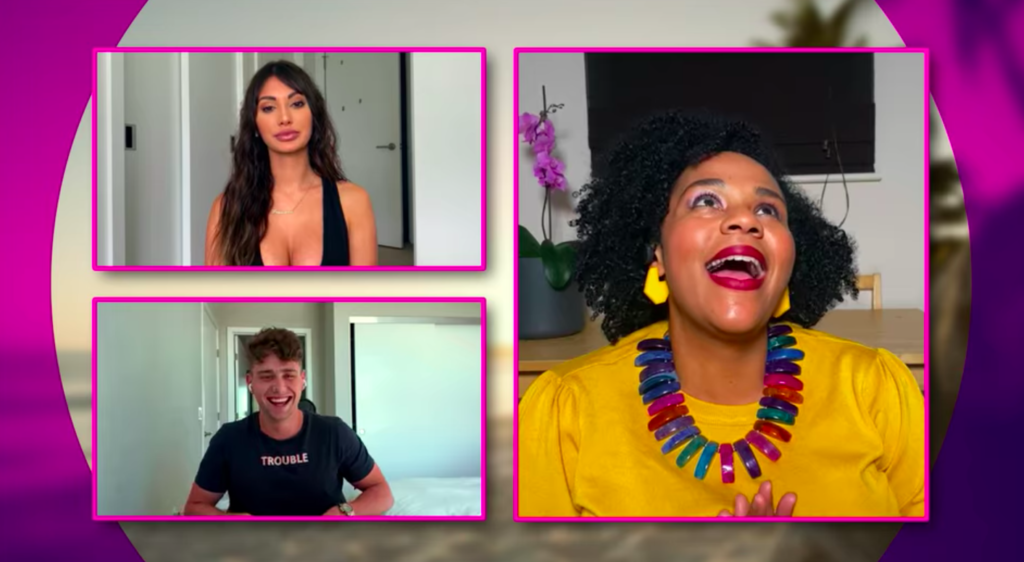 It will probably not shock you to find out Harry and Francesca were the first to be interviewed and were brought back towards the end as well. We learned the couple had briefly broken up although we kinda sorta knew that already, but had recently got back together just in time for the series to release on Netflix. How wonderful!

On his usual form, Francesca said the pair FaceTime every day, and Harry said they exchanged a fair number of nudes as well. Great. 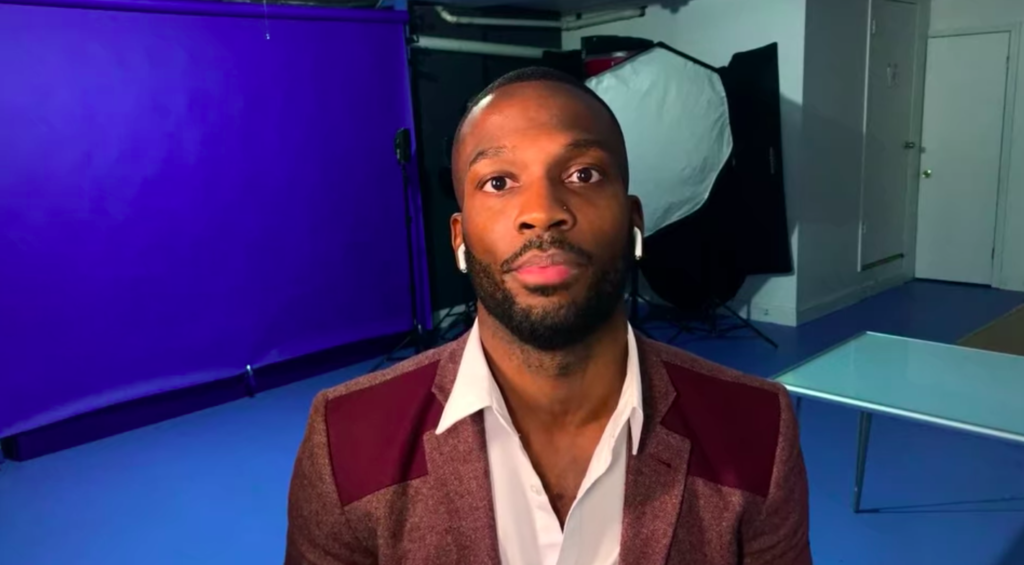 And yeah they all looked really daft.

Chloe was made to explain what banter means 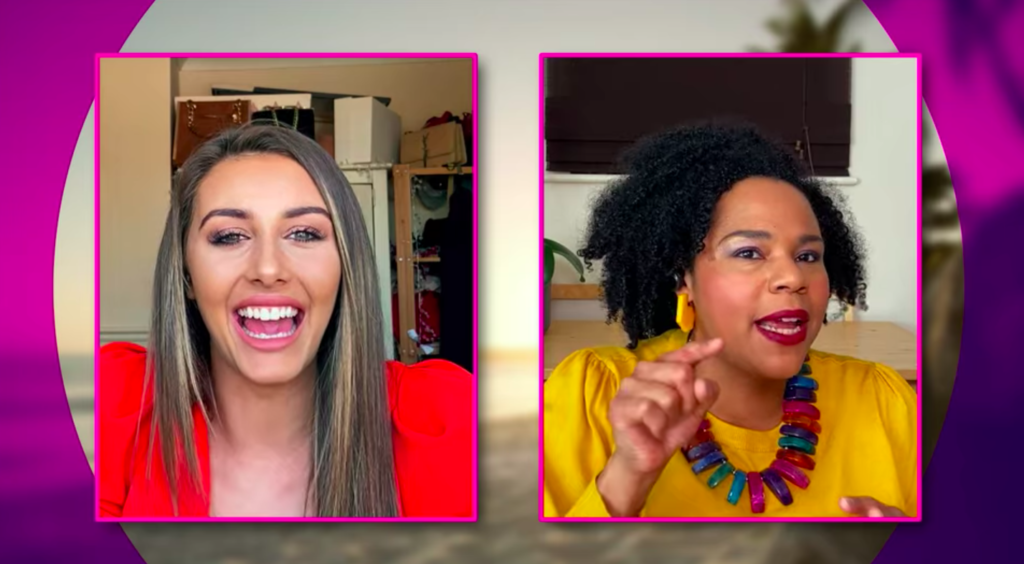 She said it was “like a ball” and at one point she threw it to Desiree and… um… yeah.

Most of the cast weren’t interviewed 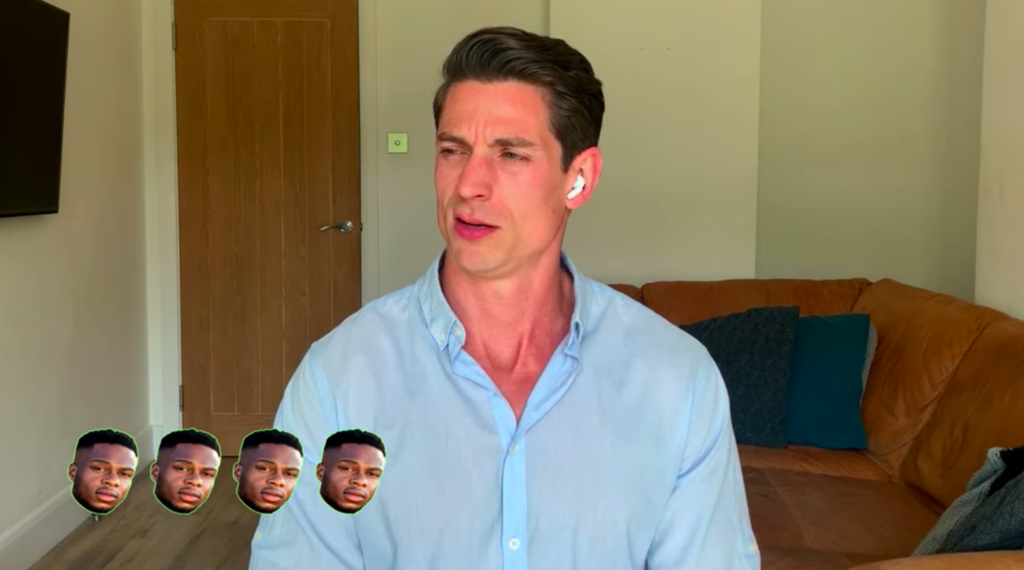 Desiree spoke to Harry, Francesca, Chloe, Bryce, Sharron, Rhonda, Kelz and Haley. The rest of the cast were involved in some quick games. At one point the boys had to draw a representation of their cocks. 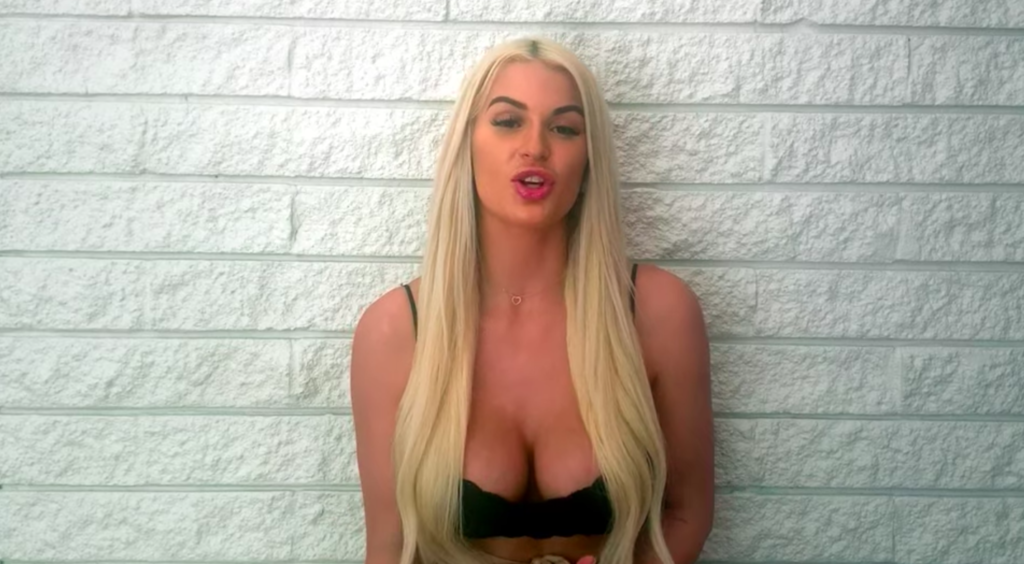 She said: “I’m not that serious of a person, like life’s not that serious. The whole growing and learning about yourself – that’s just not me. The show was about personal growth and some guys took that super seriously and that is just something that I personally cannot do.”

The photoshopping around the heads was really bad 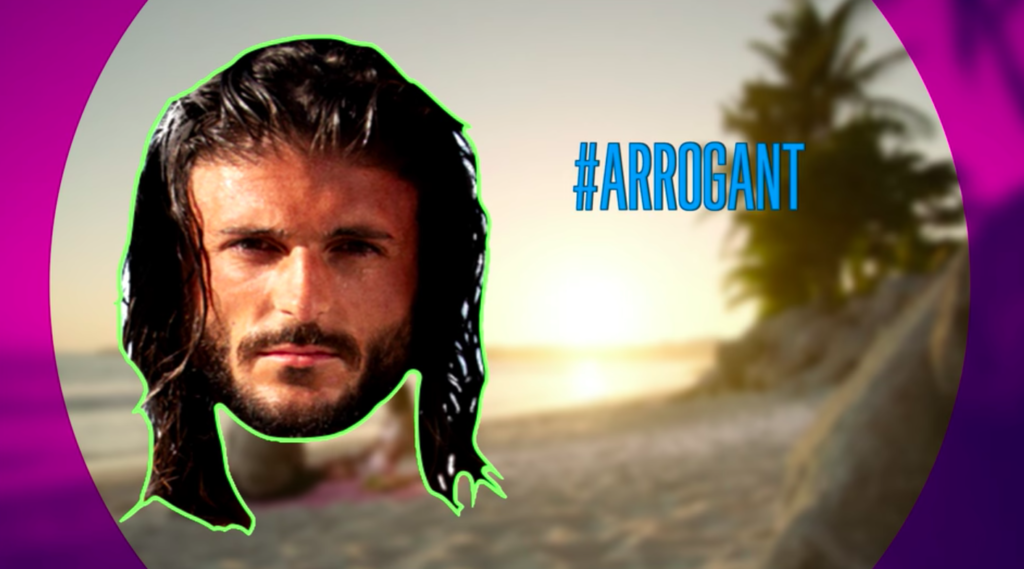 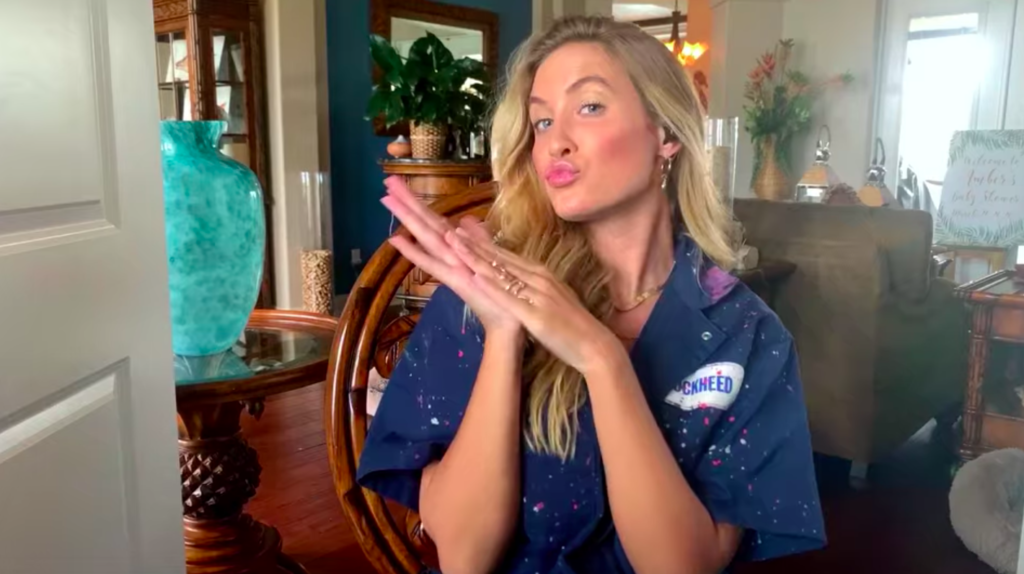 I’m being serious was she in the show? Good thing she didn’t buy AirPods especially. 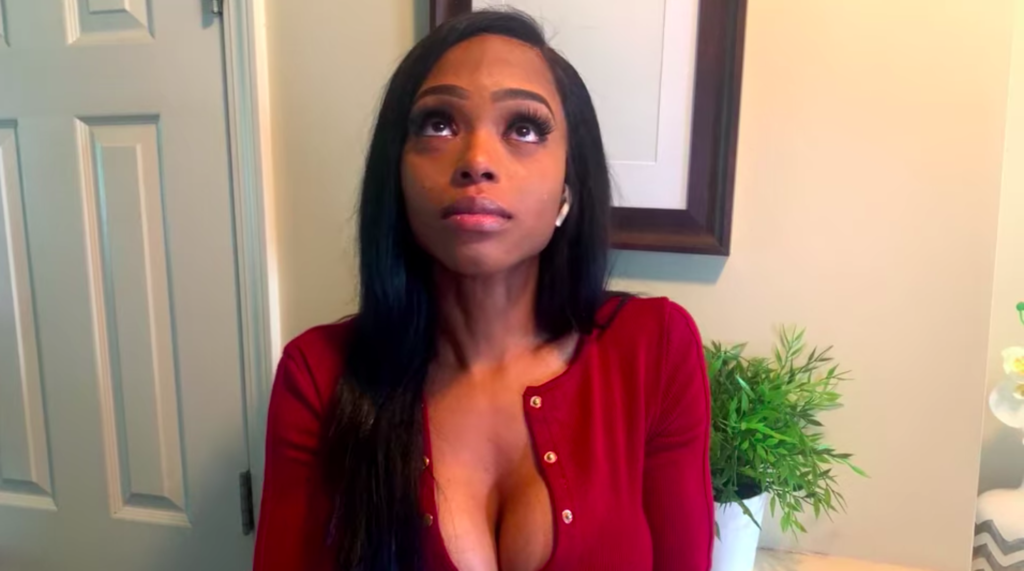 The power couple of the retreat split up after the show (although we already knew this) but were rather sweet with each other nonetheless. At one point Rhonda cried and said she wished she could “go back and recapture some of those moments.” Awh.

Harry still has the picture Francesca drew of her vagina, well, her representation of it 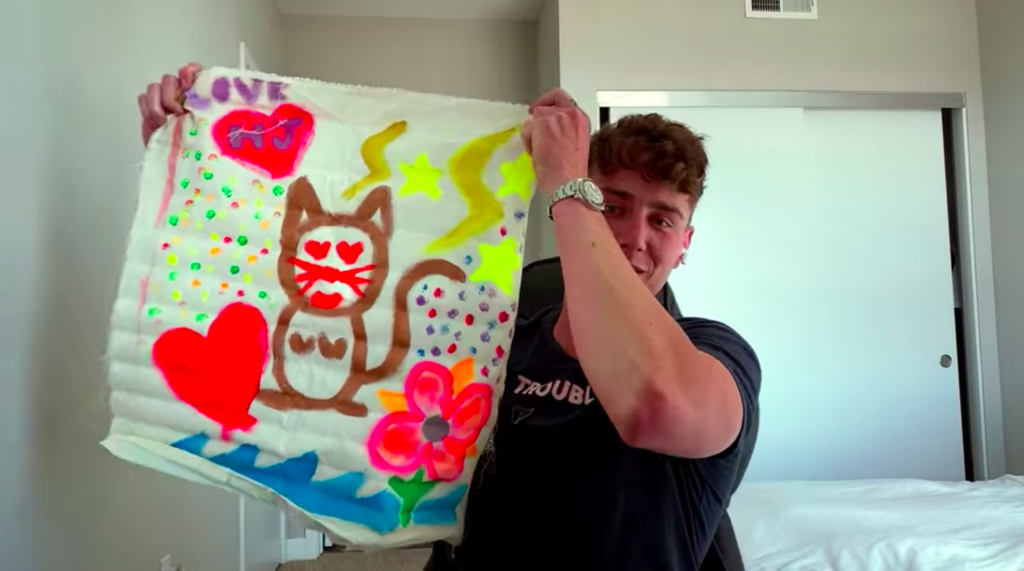 It was even laminated! Boyfriend material right there. 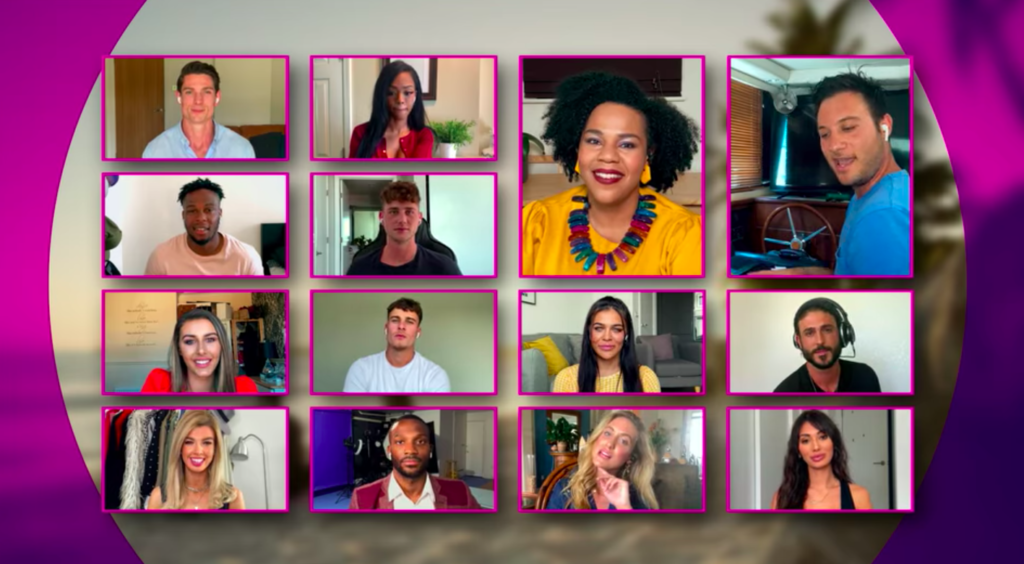 The song was obviously really bad but the funniest thing was the reunion’s attempts to make us think the cast were all watching it live. This manifested in several uncomfortable shots of them “reacting” to Bryce’s performance. Some of them did weird rave motions even though the song was a really soppy piano ballad. 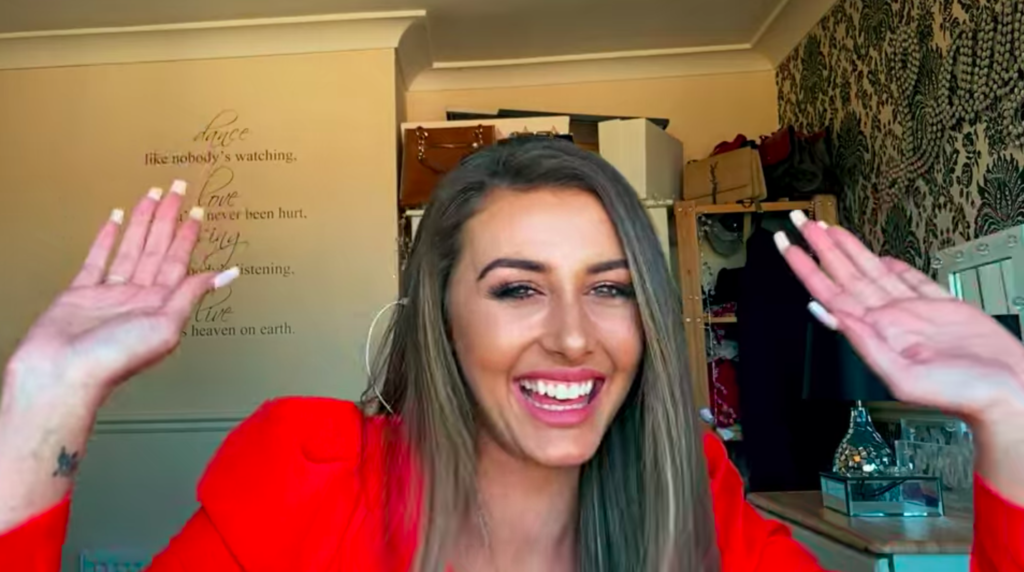 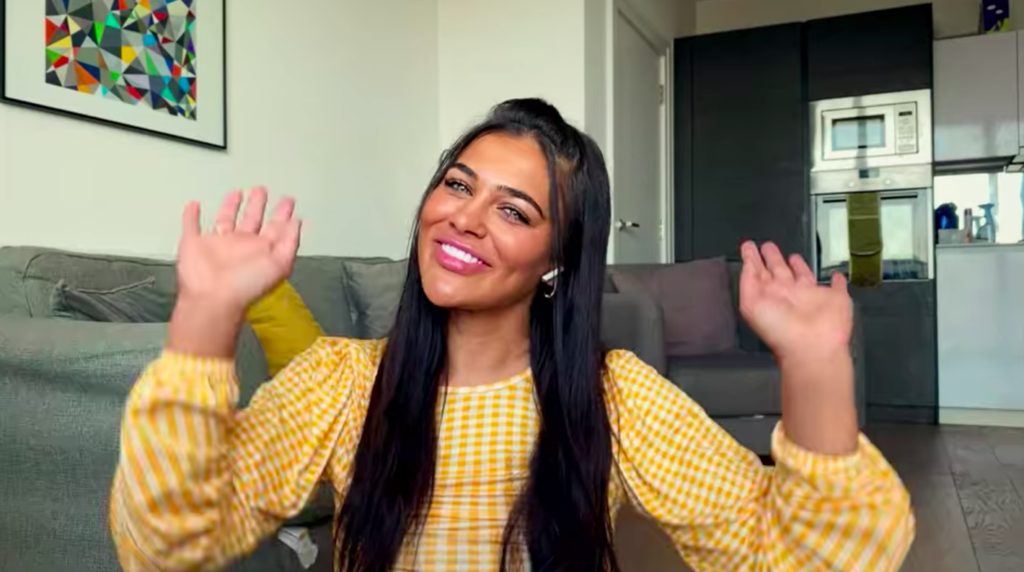 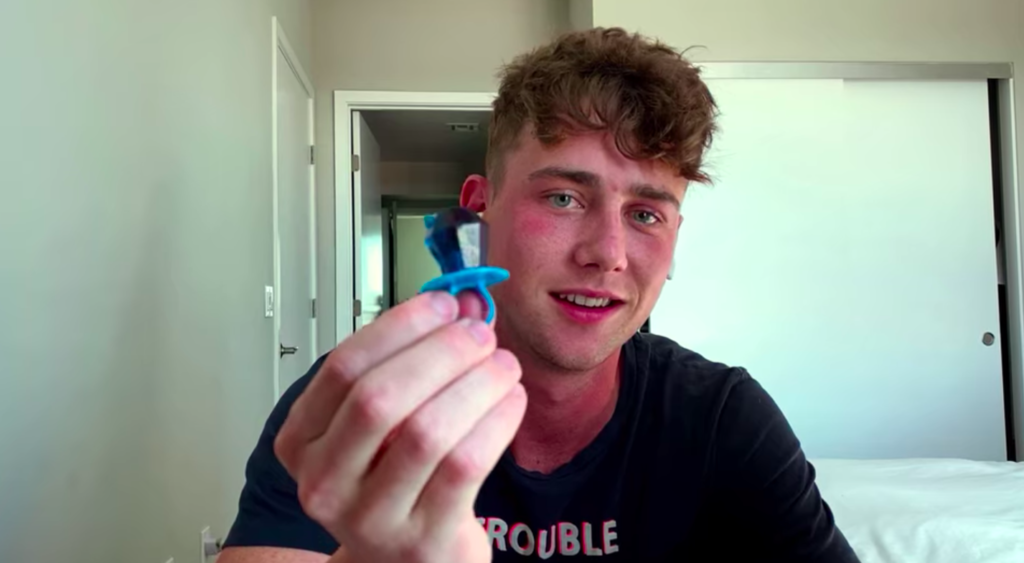 Honestly hats off to Harry and Francesca for their commitment to the hustle. Seconds after Francesca says she reckons the question has to be popped in person Harry just does it anyway. Brilliantly this moment is dropped about five minutes into the episode, so you’re made to wait a further 40 minutes to see whether Harry and Francesca are galaxy-braining an excellent prank here. But nope. She says yes. Jesus, take the wheel.

• Quiz: Which Too Hot To Handle girl would you get with?