Francesca is the undisputed queen of chaos on Netflix’s Too Hot To Handle. She’s fit, knows what she wants and goes straight for it. Without her the show would be far too wholesome, and dare I say, quite boring. She’s the one contestant who has taken over Twitter, with everyone being obsessed with how insane she looks and now an Instagram account has unearthed some old pictures of her that prove she’s always been able to shatter our self-esteem.

The account doesn’t confirm where they sourced the photos from, but there’s no denying it’s Francesca. The photos are from before she was on Too Hot To Handle and even before her career as an influencer.

This is Francesca now: 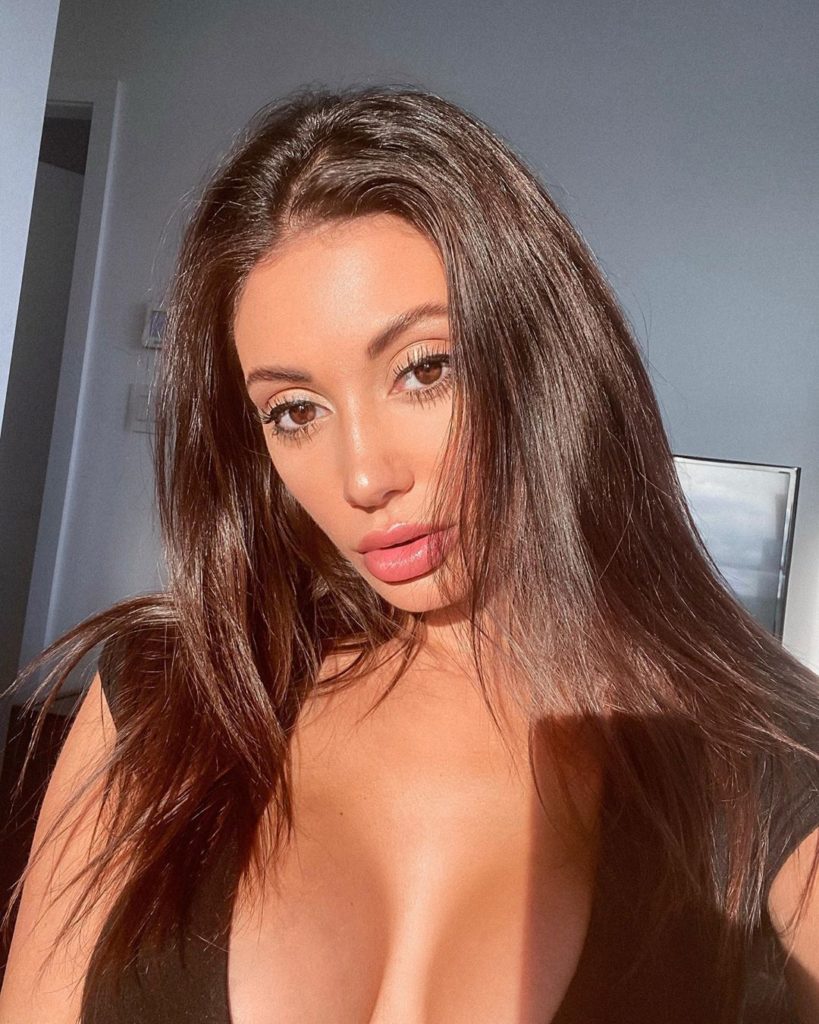 This is the Francesca we recognise from Too Hot To Handle. She has long dyed dark brown hair and her lips are plumped. Francesca also has perfectly thick shaped eyebrows and she either has fake eyelashes or extensions in, either way, they’re long and full lashes. Her nose is also perfectly straight and rounded.

And this is an old picture of picture of Francesca, where she looks almost unrecognisable:

In this photo Francesca is obviously younger but there are a lot of differences in her appearance. Her hair is a mix of blonde and brunette and has been curled. Her lips and eyebrows are both thinner than they are now. Her nose is also wider at the bottom than it currently is. Her eyelashes are still quite long but no way near as visible as they are now. She has also a slight chin dimple.

In this collage of old photos of Francesca, she looks quite different:

In these old pictures Francesca has her signature dark long straight hair. Her lips are a lot thinner than they are now. Her chin looks like it has a small indentation or dimple, whereas in recent photos her chin is smooth with no dimples. Francesca’s eyebrows are thinner in old photos and her eyelashes aren’t as long. Her nose is also thinner on her current Instagram posts. It’s actually quite depressing how Francesca looks good at every stage of her life.

Another collage of photos shows how Francesca has changed over time:

In these pictures Francesca is recognisable but she’s definitely changed quite a bit. Her hair is straight and dark but a lot shorter than it is now. Her eyebrows are done quite similarly to how she had them on Too Hot To Handle. Her lips are thinner and she still has the dimple in her chin. Her nose in the old photos isn’t as thin and well rounded as it is on Instagram.

Over the years Francesca has had quite the transformation and looks insanely good in all her photos: 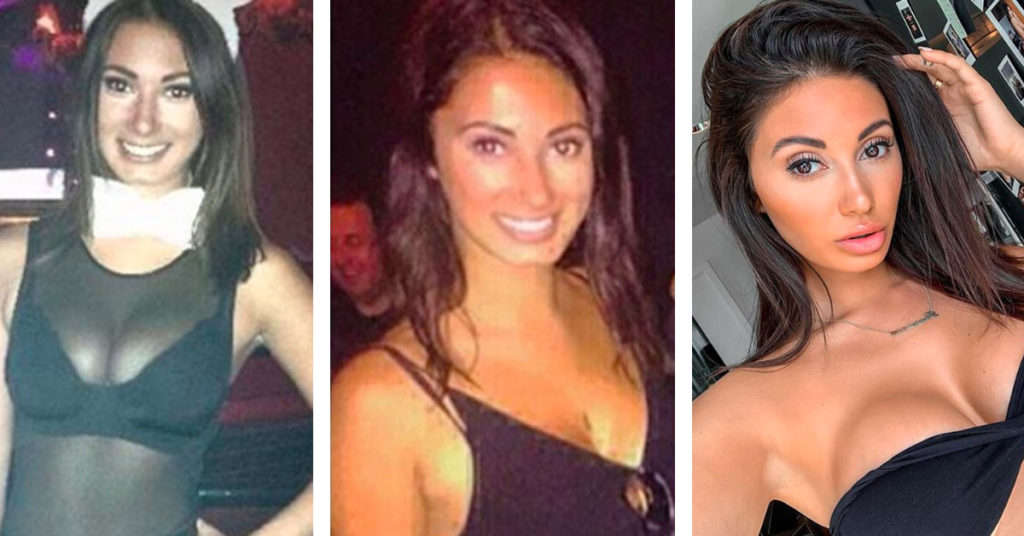 These are a few more photos the anonymous Instagram account uncovered of Francesca before Too Hot To Handle:

•Too Hot To Handle production secrets: This is exactly how the show is made

•Quiz: Which boy from Netflix’s Too Hot To Handle are you?