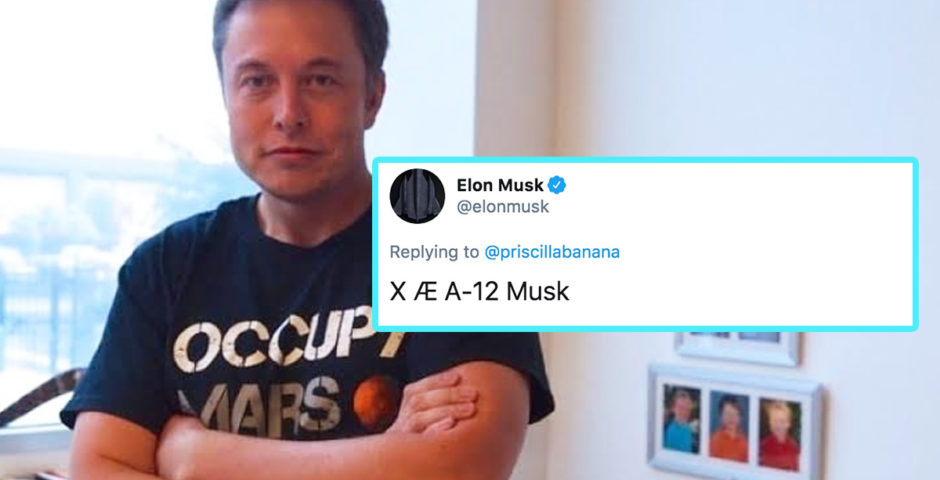 Earlier this week it was announced that Elon Musk and Grimes had welcomed a baby boy together. Then everyone was equally confused when Musk revealed their chosen baby name – X Æ A-12. Is that a real name? Is it coding? Are they sure? But more importantly can someone tell me how on earth to pronounce X Æ A-12?

The questions began when Elon Musk tweeted saying that Grimes and the baby were both ok after the birth. Someone replied to the tweet asking for the name and he replied “X Æ A-12 Musk”.

Now, Elon Musk is known for his pranks so a lot of people think this is either a joke or some sort of weird riddle as to what the actual name is. But so far, most people are actually running with it being the legit name. So, here’s a definitive, step-by-step guide of how you actually say it.

• “X” could literally be pronounced as the letter, or as the Roman numeral for 10.

• “Æ” also has a couple of different pronunciations. It is known as an ash, so it could be that, but it also is a vowel sound with the pronunciation the same as the letter “a” in “bad”. The latter is the dictionary definition.

• So given the most logical, if you can call it that, ways to say all of the above, it’s most likely to phonetically sound like “Ecks Ash A Minus Twelve”.

I really hope this helps you to sleep at night.

• How to find out how common your surname really is, a step-by-step guide

• Take this fancy vocab test to find out how posh you truly are, darling