As told by students who’ve experienced both

Whether it’s waking up next to greasy food as often as next to a stranger or telling your mate you’ll “buy them a drink inside” to pay them back for the taxi, these are all distinctly British.

In the USA, this culture would seem strange and alien. In fact, life as a student across the pond is almost unrecognisable.

These are the biggest differences, as told by students who’ve studied at both UK and US unis.

House parties are wayyyy more common for US students

British uni house parties follow a pretty set routine – your DJ mate in the corner, everyone trying to find somewhere to hide their cans away from prying hands.

“Parties were fun and the main difference was they provided alcohol, normally in a vat or barrel. It wasn’t invite only either – anyone could turn up,” says Ellen, who studied at Temple in Philadelphia.

“It was super crammed in some parties and the music was loud. Other times it would be drinking games vibes, but all the time I was there I didn’t see any drugs.”

Unfortunately, it seems the Americans do bigger a bit better, too. “On the first week back at uni from 5pm onwards the student area is crazy. There’s house parties everywhere, music is blaring and it’s just screaming, guys everywhere chanting ‘the boys’. Jock culture was huge and so were initiations to societies. If you think the UK rugby ones are bad these ones are BAD,” says Anna, who studied in Canada for a year. 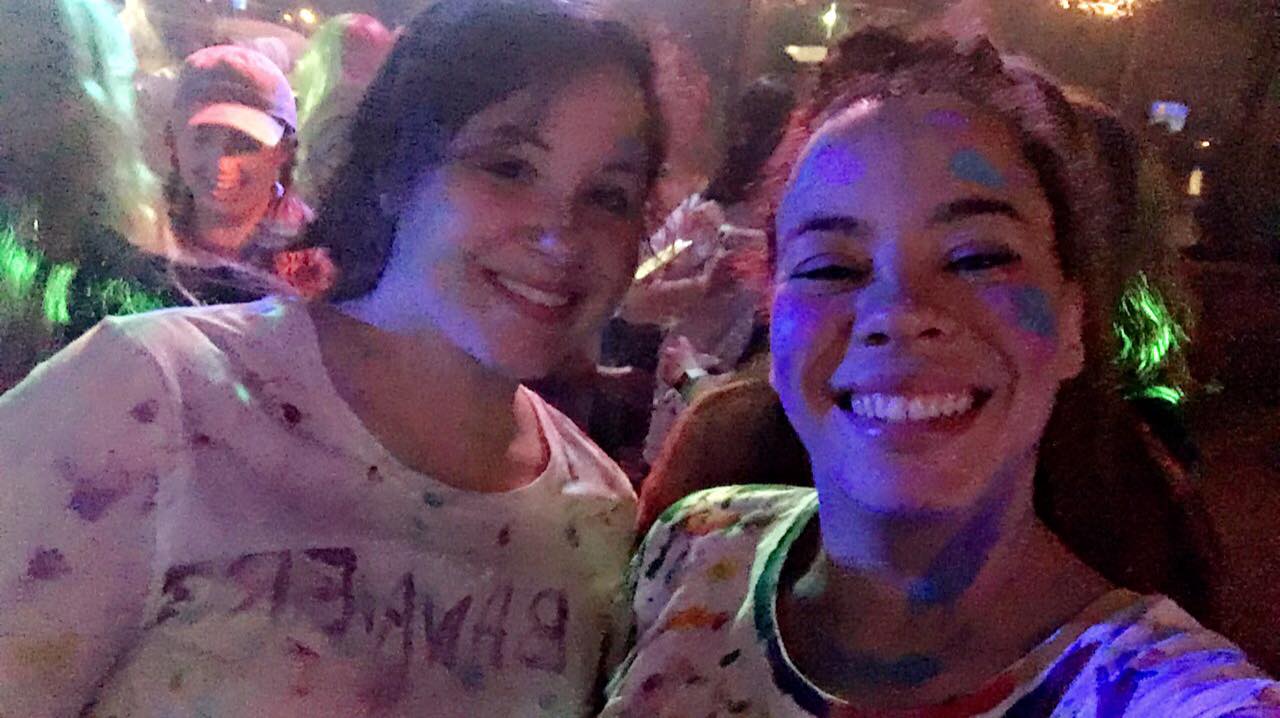 It’s hard to escape frat culture, but it can be pretty fun. “The frat parties were the craziest, says Gemma, who studied at the University of Arkansas, “but would get shut down pretty quickly with police and ambulances.”

“Pre drinks of choice were mostly beers or kegs and people just couldn’t handle their alcohol. Everyone would get drunk really quickly,” says Gemma.

“Everyone ‘chases’. I never met a single person who could just neck a vodka shot and move swiftly on. They have to have a drink of coke on the side, or something,” said Anna.

In the UK, student nights out follow a dependable pattern: pres, get ready, taxi, club, food, afters. Stateside, things are a little different. 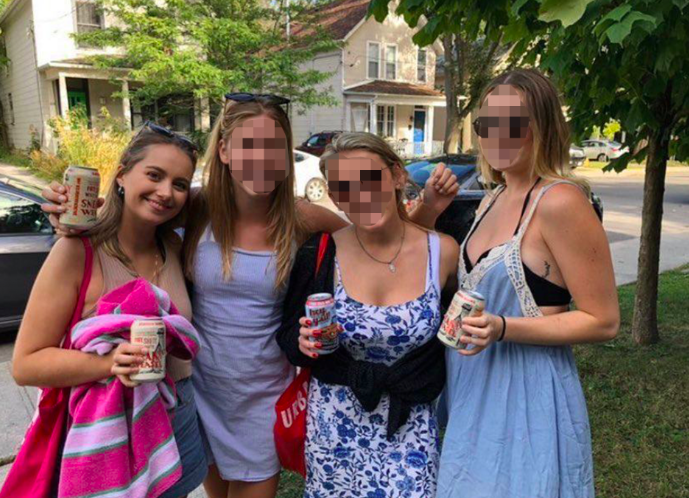 “People did go out, but it was more to bars or restaurants with a dancefloor than to clubs,” says Gemma. “If you were underage you could go to some places but you’d have to wear a wristband that said ‘under 21’. Sometimes you’d have to leave by like 12.

“There was a bus we’d usually take into town if it was early enough, but a few times it was ‘pres, Uber, bar, another bar, sometimes drive thru McDonald’s, sleep.”

What would Freshers’ be without grotty halls? Nothing, that’s what. So it’s alarming to learn that US students are being denied this. 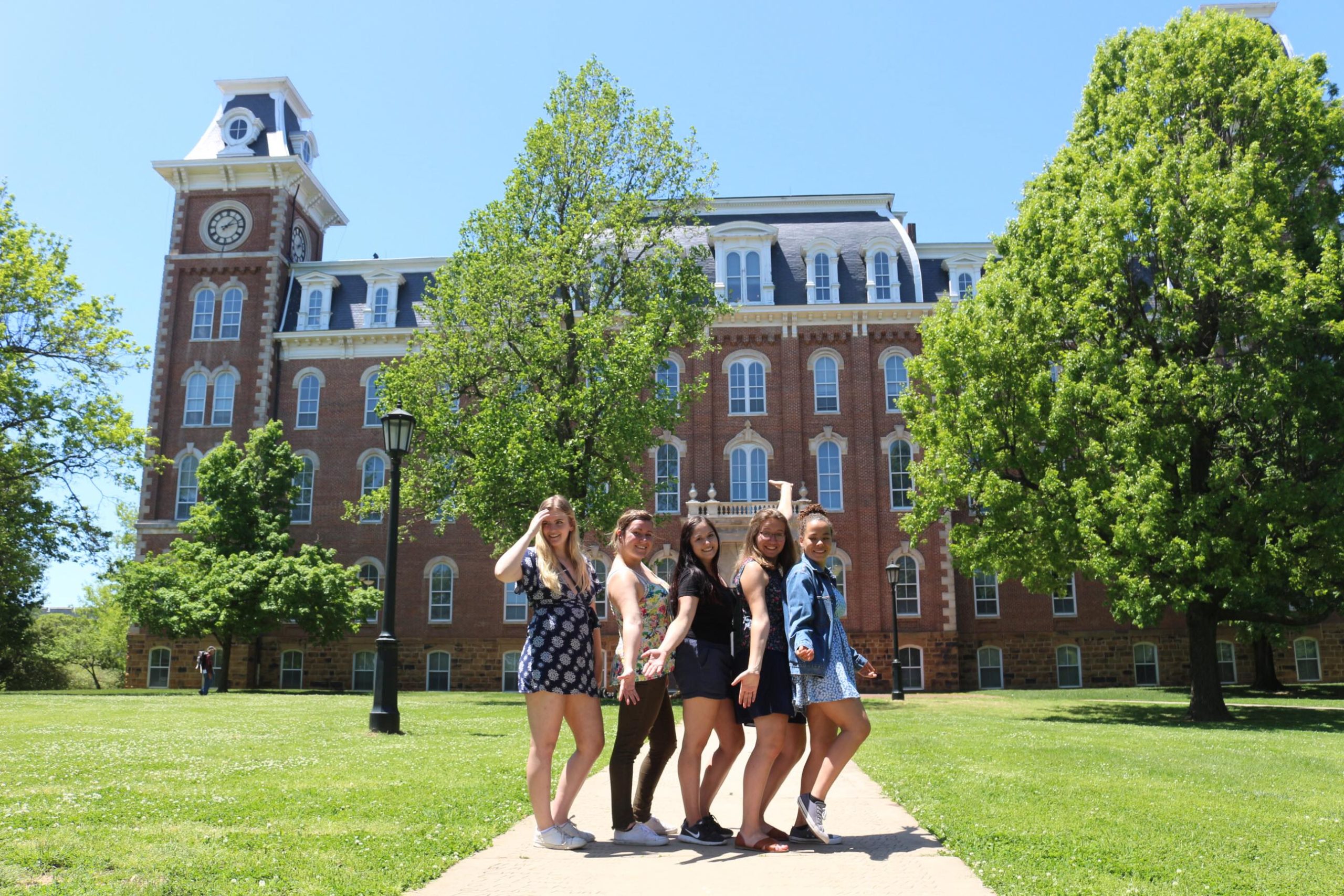 “The accommodation was way different to UK halls. I had a roommate for starters and it was single sex apartments. Each floor also had a student advisor to check up on us, and no alcohol at all was allowed in dorms. We got caught once and had to pay a fine,” says Ellen.

Varsity in the UK is a strictly once-a-year thing. While you might pay lots of attention to sports players, very little thought is spared on the actual sports for the rest of the year. 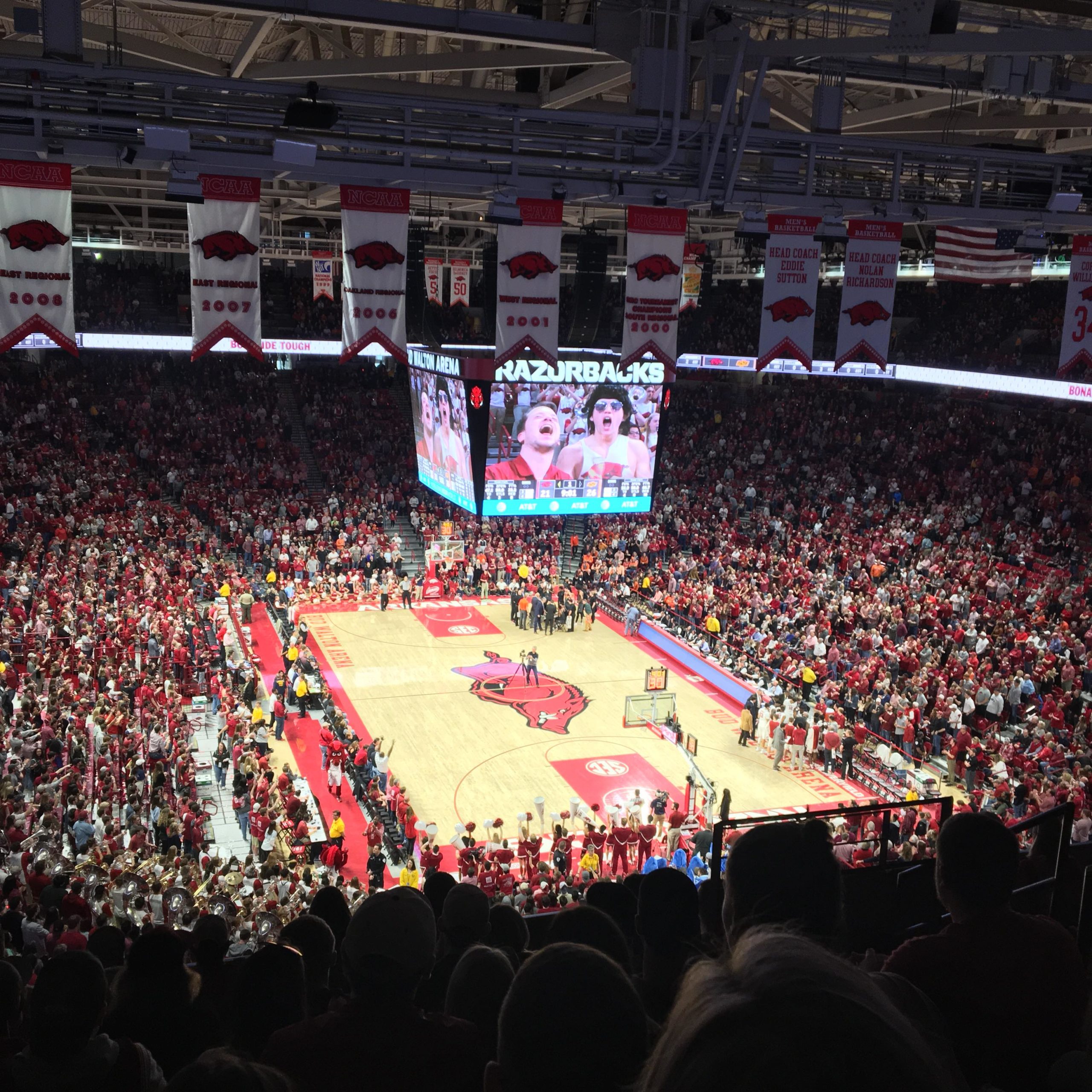 Not so in the USA. “It was mad”, says Gemma. “American football is like a religion over there. People get so aggy. The frats would all have huge ragers before the games and parties after.

“The whole town would be at the games. People would definitely get worked up and they would have a million different chants or game songs that they all knew by heart. It was kind of like a ritual.” 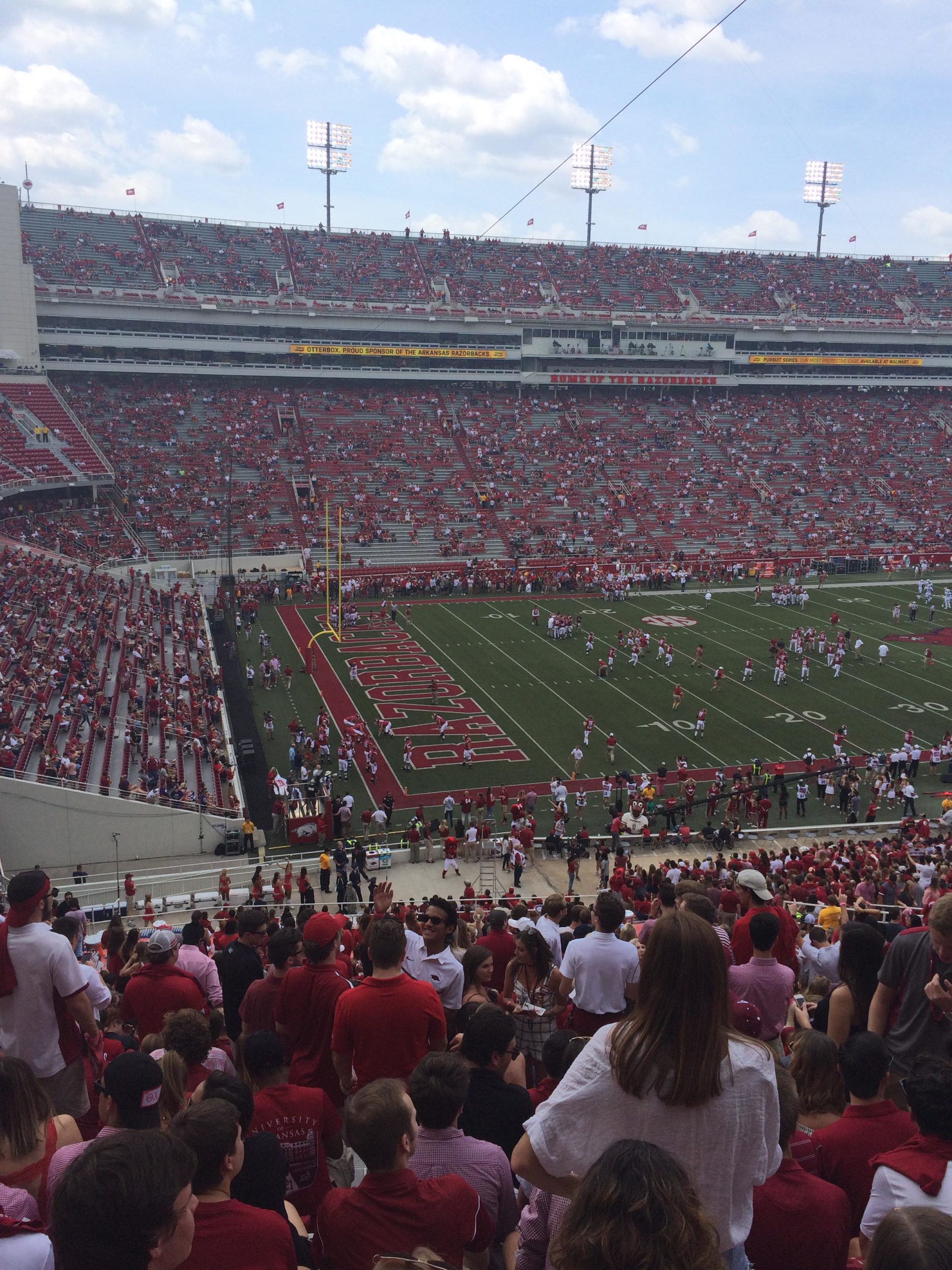 Ok, Americans take everything more seriously. Studying is no exception, and binning off lectures isn’t the done thing.

“There were more contact hours so classes felt more regular, a bit like school. I had hardly any lectures, it was mainly seminars, and they were a lot stricter about missing classes too,” says Flaminia, who studied at the University of North Carolina.

“I had waaaay more classes. Sometimes I’d be in 8:30 – 6pm with maybe an hour break. The work was manageable though – more uni hours but the work was definitely a lot easier. I defo fucked about over the year but actually did better there than I did at Sussex,” says Gemma. 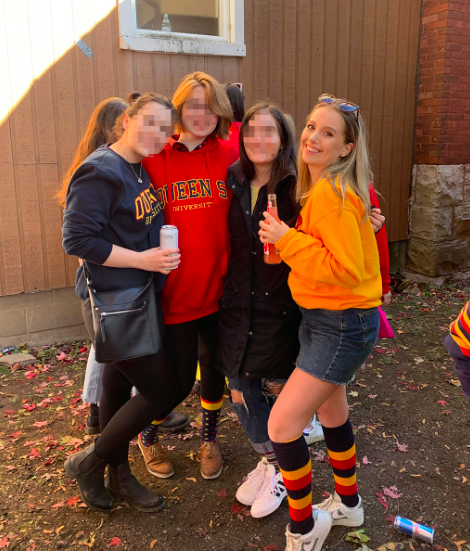 “You could get ‘extra credit’ for going to certain events too which was good. One of my English classes, if you went to a play that could bump up your grade.

“Imagine getting credit for attending stuff! I don’t know if it’s the same for all unis but there were loads of ways you could improve your grades outside of the actual work. I feel like UK unis need to take note.”

The result of this more packed weekday schedule, naturally, means most partying goes on at the weekends.

“They only go out on weekends,” says Anna. “Their work loads are so crazy in the week. After everyone settles in to the term, it’s a ghost town until Friday and then it’s just LOUD.”

“School spirit is a big thing over there and everyone wears their uni merch which I found a bit weird,” says Flaminia. 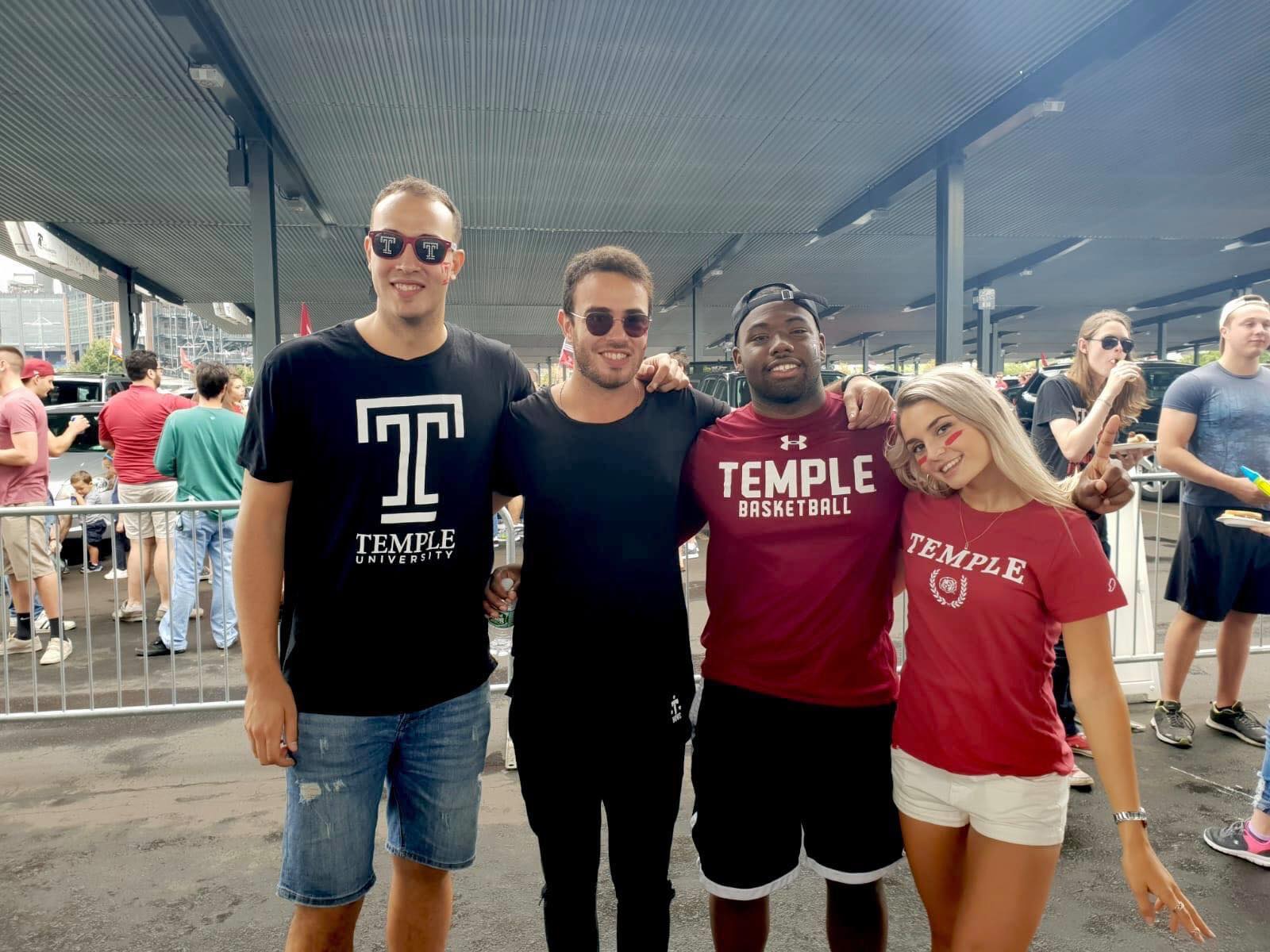 “Everyone was so into it and it was a huge part of the uni feel. It’s less like that at Sussex. Everyone would dress up in the uni colours on game days and it was weird if you didn’t,” says Gemma.

Extracurriculars are a huge thing at American unis

There’s nothing wrong with signing up to 100 different societies at a Freshers’ fair and then ignoring all their emails when it’s time to actually join, but it is distinctly British.

“People were definitely more involved than they are in England, I joined a few societies and there were always loads of people,” says Gemma. “I feel like in the UK a lot of people join them for a few weeks then leave. There was defo an expectation to be doing loads outside of classes.”

Weirdly, everyone in the US is mad about vaping

In UK halls, the boy with the vape very rarely is able to grow a full moustache. In the US, there’s less of a stigma.

“Everyone owns a Juul and everyone wants to get a ‘heady’ which is when you get light headed from the smoke. If you’re not smoking weed you’re using a Juul,” says Anna.