Netflix is being sued over ‘When They See Us’

The show creators are being sued for defamation

Netflix and Ava DuVernay, the director of “When They See Us”, are being sued for defamation.

They are accused of misrepresenting the Reid Technique – a controversial method of questioning suspects. In the final episode of the series, there’s a discussion between Manhattan assistant D.A. Nancy Ryan and a New York City detective who was involved in getting confessions from The Central Park Five.

During this, Ryan’s partner says: “You squeezed statements out of them after 42 hours of questioning and coercing, without food, bathroom breaks, withholding parental supervision. The Reid Technique has been universally rejected. That’s truth to you.”

When They See Us on Netflix

The Reid Technique is a method of questioning suspects that was developed in the 1950s. Supporters argue the technique is a useful method for extracting information from otherwise unwilling suspects. However critics say it can elicit an unacceptably high rate of false confessions from innocent people, especially juveniles. The technique uses nine steps of interrogation with the final step being getting a confession.

Netflix and the show’s director are now being sued for defamation over the scene, by John E. Reid and Associates, Inc., who say the technique isn’t “universally rejected” as claimed in the show. John E.Reid and Associates Inc. is the company that developed the police method. They say the show has caused the company to suffer damages. 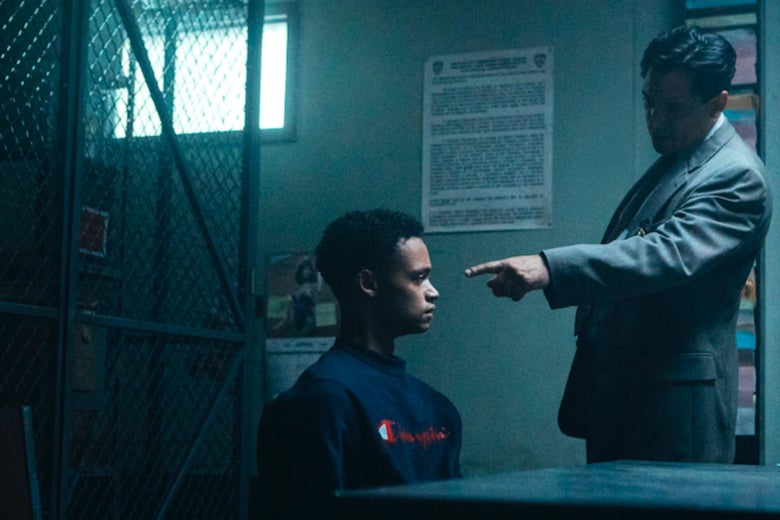 When They See Us on Netflix

As well as this, according to the lawsuit, the technique described in the interrogation of The Central Park Five is not the Reid Technique. The lawsuit is 41 pages in total.

Reid and Associates say the scene in the series “falsely represents” the method. They claim the technique is actually a structured interview and interrogation process which does not use coercion, intimidation or denying a suspect their rights. It actually encourages “extreme care” toward younger suspects.

Along with damages and profits, Reid and Associates want the show taken off Netflix until the offending line is removed or changed.

Read the full When They See Us lawsuit here.

• The ending of El Camino was meant to be *very* different