Welcome to university in 2019

There are roughly 2.34 million attending British universities right now, yet somehow only 12 types of fresher seem to exist.

There’s the Depop princess, who you’ve never seen sober and not on ket. Then there’s The Wetboy suffocating everyone with his performative feminism. The Flat Mum is stuck in a parallel universe where she can only make tea. While The Hypeman speaks in an accent he first heard on Netflix’s Top Boy last month.

If you’ve ever survived the identity-crisis inducing experience of being a university fresher, I can guarantee you’re somewhere on this list:

My face when I get woken up from a nap. Top @tigermist ad

What she studies: Psychology

What she wears: Cycling shorts, skintight everything from Pretty Little Thing, eyelash extensions, stacks and stacks of jewellery that never seems to rust, her hair is in a messy bun during the day but down on a night out.

Where you’ll find her on a night out: Either crying or making friends with all the other girls in the bathroom toilets. There is no in between.

Says things like: “Not everyone who voted for Brexit is a racist.”

Went to uni because: Actually clever but plays it down a lot.

What he studies: Economics because his parents made him.

What he wears: Kit or rugby blazer. They don’t own other clothes.

Where you’ll find them on a night out: Getting with a netball girl on the SU dance floor, even though he was sick a few hours before when downing three pints in a row.

Hobbies include: Trying to last longer than a minute in bed, having a broken nose and breathing protein whey instead of oxygen.

Went to uni because: Needs a finance degree for PWC, why else?

What she studies: History of Art

Where you’ll find her on a night out: In the middle of the dance floor, dancing in the most unaware way with equally fit girlfriends.

Hobbies include: Learning how to DJ, chain-smoking, somehow surviving after doing a dangerous amount of pills.

Says things like: “Yah, it’s so annoying how many people are into techno now, when all they know is Four Tet.”

Went to uni because: Mummy and Daddy would have cut her off otherwise. 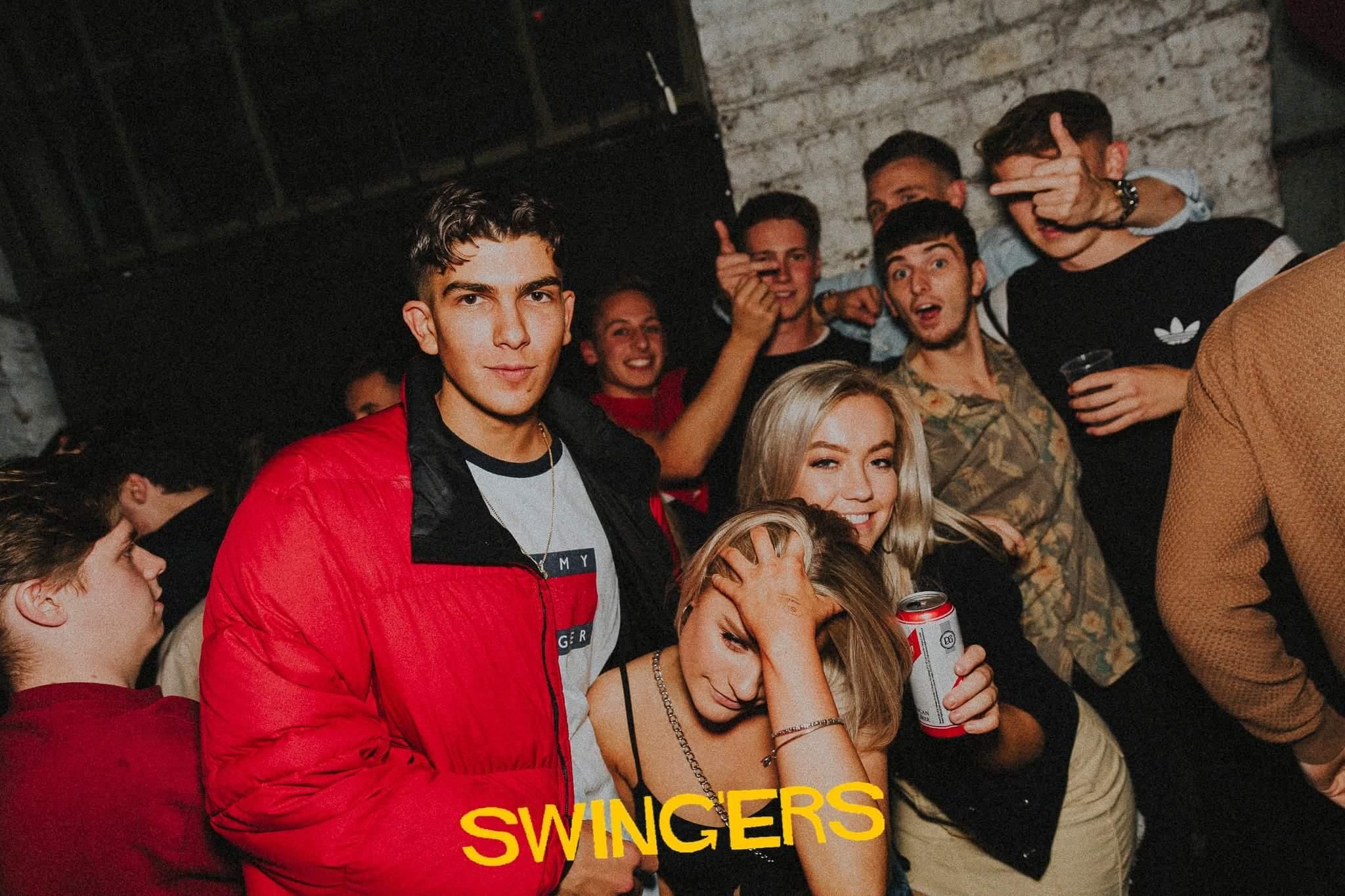 What they study: History

Where you’ll find them on a night out: In the smoking area trying to chat up girls by insulting them.

Say things like: “Safe g”,“jheeeeze” and that’s so wavey man.”

Went to uni because: For the student loan to pay for the ridiculous streetwear addiction.

What she studies: Sociology or anything else that ends with an “ology”

What she wears: Her dressing gown or comfy trackies, always

Where you’ll find her on a night out: Drunk texting their ex who dumped them before uni

Hobbies include: Talking about Christmas, watching The Chase and Come Dine With Me, enjoying the stash of chocolates and other snacks under her bed.

Went to uni because: Needs to find another relationship because she is physically unable to be alone. The degree is just a distraction from feeling totally sad.

What he studies: English Literature, Film or Philsophy

Where you’ll find him on a night out: Rolling a cigarette and eye fucking girls in the smoking area.

Hobbies include: Being exposed on @beam_me_up_softboi and listening to Mac De Marco.

Says things like: “You know I could never hurt you, I’m a feminist.”

Went to uni because: His middle class parents didn’t sacrifice everything for him not to.

What they study: Maths or something equally boring like Physics

What they wear: Really preppy clothes that were fashionable back in 2011.

Hobbies include: Judging everyone. Hating drugs. Passive-aggressively texting in the group chat. Hating mess. Asking people to clean the kitchen before the cleaner comes. Sucking up to authority.

Says things like: “Guysssss who left their dishes in the sink?” and “Whoever was being loud last night, know it’s a SHARED accommodation and you need to respect other people’s needs. I’ll be telling the warden about this.” 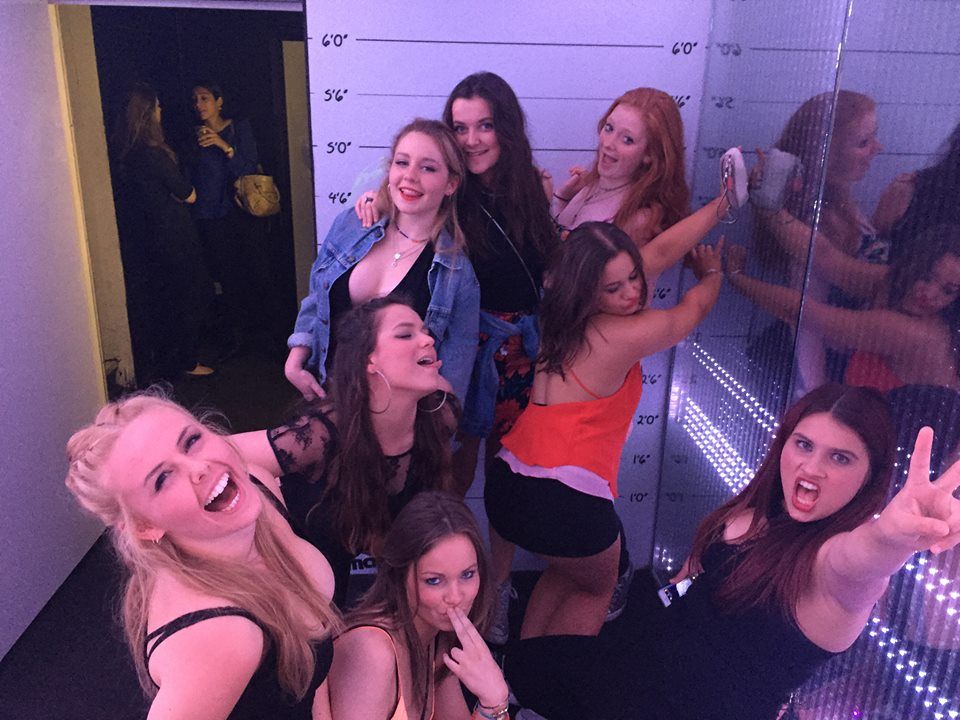 What she wears: Always in kit on campus and really tiny crop tops and skinny jeans on nights out. Quite basic and she knows it. Hair in tight plaits.

Where you’ll find her on a night out: Necking on with someone, always.

Hobbies include: Successfully balancing getting firsts, having a mad social life and being extremely fit in the process.

Says things like: “Sorry I can’t, I’ve got training tonight.”

Went to uni because: Too clever to pursue sports alone but not good enough to compete on a national level

What they study: PPE

What they wear: Things you can’t afford to even look at like those Gucci trainers or Cartier bangles.

Where you’ll find them on a night out: Buying bottles of Canada Goose and pouring the contents over the equally rich friends.

Hobbies include: Hanging round the shared study spaces just to talk to their friends all day.

Says things like: “Urgh I’m so stressed, I just need to get away for the weekend. Want to come to the chalet?.”

Went to uni because: Their dad has recently donated millions to the Econ department.

What they study: Business or Economics

What they wear: A suit, honestly

Where you’ll find them on a night out: Side hustling as the ticket rep on the door of your uni town club or inside, pestering the DJ for Swedish House Mafia.

Hobbies include: Sitting on the front row of a lecture hall, badly quoting famous sayings, preparing for Spring Week and group presentations.

Went to uni because: It will look good on the CVx 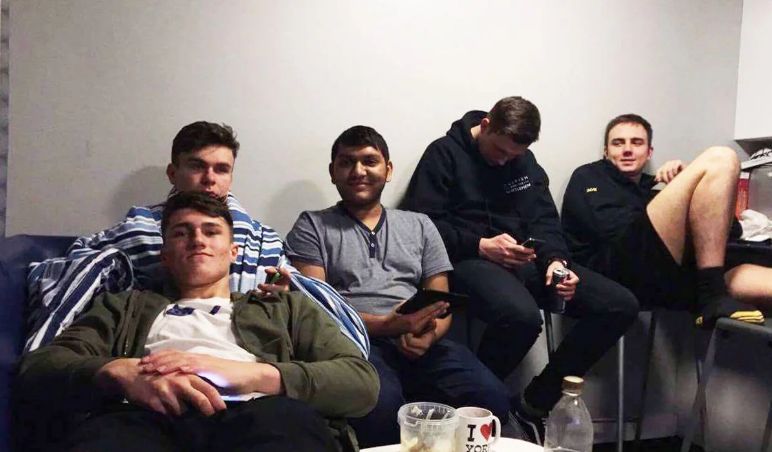 What he studies: Computer Science, Chemistry or Engineering

What he wears: The checkered shirts bought exclusively by mums or girlfriends. Sometimes those are thrown over a bad River Island t-shirt bought in a Christmas sale two years ago. Really bad shoes.

Where you’ll find him on a night out: Drinking Dark Fruits at the slightly more alternative nights at the SU. Woah.

Says things like: “Does anyone want to order a Domino’s?”

Hobbies include: Playing Cards Against Humanity, knowing all the words to Mr Brightside.

Went to uni because: Everyone else around him did too.

What she studies: A natural science, always.

What she wears: Long cardigans, ripped skinny jeans even though they haven’t been cool for about a decade, low top Converse.

Where you’ll find her on a night out: Drinking her second and last G&T of the night before inevitably calling an Uber home at 12:30am because she needs to Facetime Graham in the morning (the childhood sweetheart she left behind at home.)

Says things like: “Text me when you get home” and “this one.”

• Welcome to university in 2018, here’s everyone you’re about to meet

• This is every single uni grad condensed into a starter pack