She’s suing for $10 million in damages

Ariana Grande is suing Forever 21 for $10 million in damages after she declined to work with the brand and they went ahead and used a lookalike in their campaigns instead.

The lawsuit was launched after Forever 21 and Riley Rose published at least 30 unauthorised pictures and videos of Ariana Grande that made it look like she had endorsed the brands. 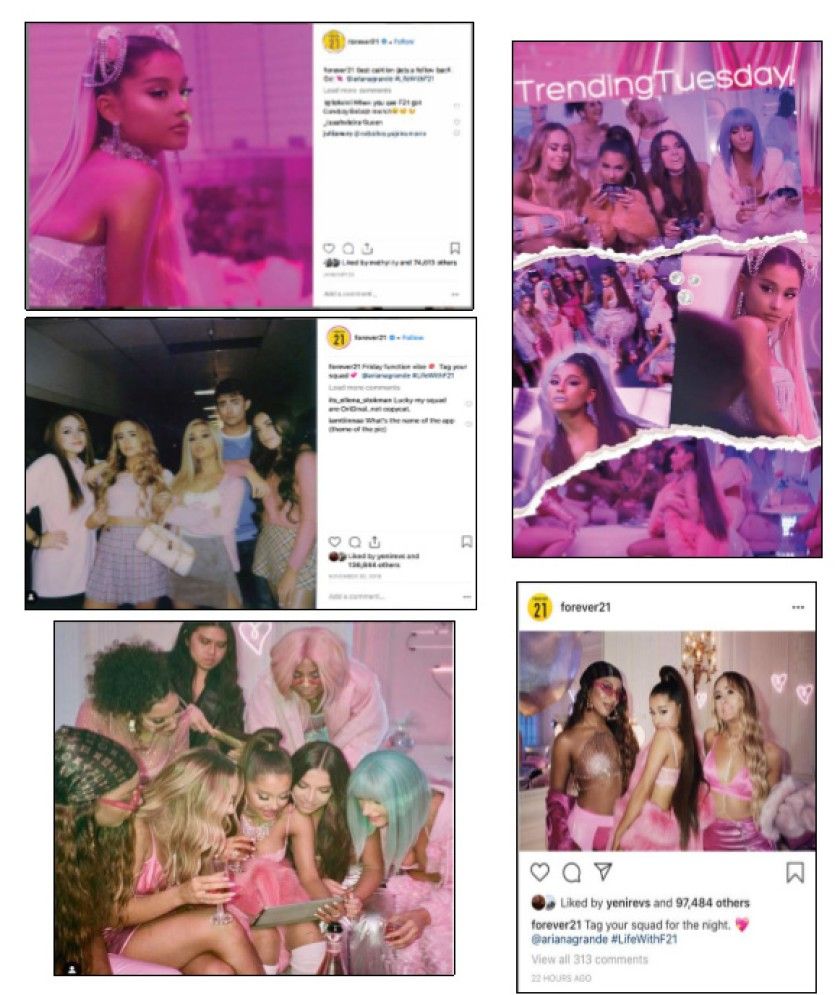 According to the complaint, there was a breakdown of talks between Ariana Grande and Forever 21 to create a collaborative social media campaign after the company refused to pay up for the previous pictures and videos.

But this never happened because according to the complaint, "the amounts that Forever 21 offered to pay for the right to use Ms Grande’s name and likeness were insufficient for an artist of her stature."

Ariana's lawyers claim that Forever 21 and Riley Rose launched a “misleading campaign across its website and social media platforms” instead of paying her.

Examples include Instagram posts that used an Ariana Grande lookalike model who was dressed in clothes and accessories that looked like the ones worn in the 7 Rings video. And they even used the lyrics from the song as the picture's caption: "Gee thanks, just bought it."

The complaint reads: “Forever 21’s and Riley Rose’s unauthorised use of Ms Grande’s name, image, likeness and music to promote their brands and products are blatant and wilful violations of her statutory and common law rights of publicity.

“By this action, plaintiffs seek an award of actual damages, the disgorgement of Forever 21’s ill-gotten profits, and an award of punitive damages to deter Forever 21 and Riley Rose from future violations of Plaintiff’s personal and intellectual property rights”.

Forever 21 disputed the challenges but wouldn't comment further. A representative told The LA Times: "While we dispute the allegations, we are huge supporters of Ariana Grande and have worked with her licensing company over the past two years. We are hopeful that we will find a mutually agreeable resolution and can continue to work together in the future.”

• Ariana Grande is a blackfish and these are the receipts