These are your on-screen childhood heroes who are still together

Omg Fred and Daphne are still a thing?

Miley Cyrus and Liam Hemsworth split earlier this week, ending their lengthy relationship that started while filming The Last Song back in 2010.

Fans everywhere are crying about how they've lost all faith in love:

When you started to believe in love and Miley Cyrus and Liam Hemsworth decide to separate and break up pic.twitter.com/7yIm52GDzi

The week has continued with celeb splits, with Maya Jama also calling it quits with Stormzy.

Although Miley and Liam are no more, there are many an onscreen couple who have withstood the pressure of continuing a relationship behind the scenes, and they will blow your mind:

Freddie Prinze Jr. and Sarah Michelle Gellar – I Know What You Did Last Summer

#husbandappreciationday I appreciate that my husband never laughs at my choices… because he knows he’s one of them. (Well and he knows what’s good for him ) ?

Fred and Daphne have made it. They first met on the set of I Know What You Did Last Summer in 1997 and got married in 2002. They now have two kiddos and have been happily married for 17 years. They couldn't have done it if it weren't for those meddling kids.

Fun fact: Their wedding day was almost ruined twice by both an earthquake and a hurricane.

After that sandwich scene at the end of Bridesmaids it's no wonder these two got together. Melissa and Ben met all the way back in 1998. They performed improv together before their acting careers took off. The pair are marriage goals and have two children together. We hope they and the nine puppies are doing well.

Fun fact: The pair dated for seven years before getting married.

Potentially everyone's favourite Hollywood couple. Plus they produce the cutest babies. Blake and Ryan were both in other relationships when they met filming The Green Lantern, but got together a few years later when they were both single. They got married in 2012 and are currently expecting their third child. Dan would be gutted xoxo

Fun fact: In 2015, Blake's Christmas gift for Ryan was a felt Deadpool figurine wearing assless chaps while riding a unicorn and holding a chimichanga.

Kelso and Jackie are another on screen couple who have lasted the test of time. They started dating over 20 years after starring in That '70s Show together. They got married in 2015 and have two children. Despite recent rumours of a split, the pair are very much still together. Both were in relationships with other big celebs before getting together, Mila with Macaulay Culkin and Ashton with Demi Moore. Life isn't fair.

Fun fact: Kutcher was Kunis's first kiss on the set of That '70s Show aged 14.

These two are more than just "friends!" They aren't married quite yet, but have been together for seven years and engaged for two, getting together when they met on set. Since the Inbetweeners, Joe and Hannah have also starred in film The Festival together. It's positive to hear that their relationship is going just a tad better than it did on the show.

Fun fact: Hannah was only in three episodes of The Inbetweeners, but she says she still mostly gets recognised as "Neil's girlfriend."

Honored to be on the arm of this double nominee tonight! #SAGawards

According to John, when he and Emily met back in 2008 it was love at first sight. They got engaged less than a year after meeting and got married at a private ceremony in 2010, later having two children. In 2018 they were in their first film together, despite them both working in the industry for years, A Quiet Place. Krasinski starred in, wrote and directed the film

Fun fact: John and Emily had their first date on a gun range.

Kristen Bell and Dax Shepard – When in Rome

When the couple starred in When in Rome together in 2009 they'd already been dating for two years. Kirsten and Dax got engaged later that year but decided to hold off the engagement until same-sex marriage was legal in California in protest. Once it was made legal, Kristen reproposed to Dax is a tweet: "@daxshepard1 will you marry me? Xo #marriageequality #loveislove". The couple now have two children together.

Fun fact: Instead of a wedding ring, Dax has a bell tattooed on his ring finger to signify his marriage to Kristen.

Kit and Rose met on the set of Game of Thrones and have been together ever since. However, they kept their relationship secret for years before making their official red carpet debut as a couple at the Olivier Awards in 2016. The couple got married in Scotland in 2018, at a castle owned by Rose's dad. Co-stars including Emelia Clarke and Peter Dinklage attended the ceremony.

Ryan Gosling and Eva Mendes – The Place Beyond the Pines

There's a little bit of mystery surrounding the start of Ryan and Eva's relationship. Most thought they got together on the set of The Place Beyond the Pines, but they've both made comments implying that they knew each other before. The couple have continued to be super secretive throughout their relationship, including having their first child revealing that they were expecting. The pair aren't currently married but have two children together. And a dog.

Fun fact: Eva is trying to teach their children Spanish but claims it's more difficult than she expected.

Rachel and Daniel first worked together way back in 1994 when they starred in a play together. Their first on screen partnership was Dream House in 2010. At the time of filming, Rachel was engaged and Daniel was married, but they broke off these relationships to be together. They got married at a small ceremony with only four guests in 2011. Both had children from previous relationships and have since had one child together. 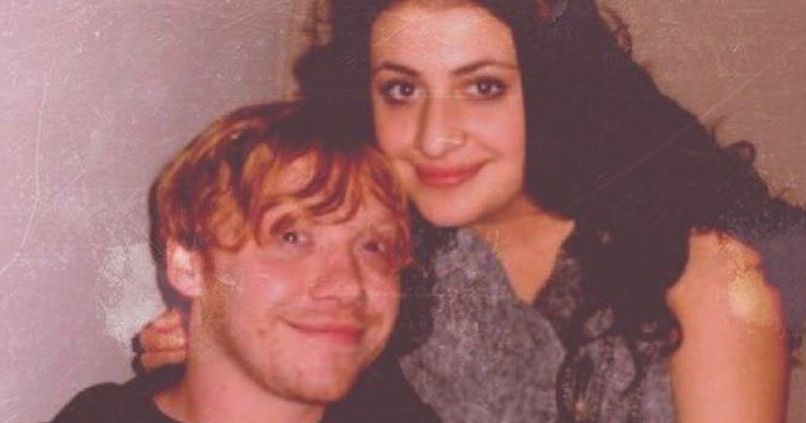 These two may not have gotten together onscreen, but they're both iconic childhood classics in their own right. A powerhouse couple. They've been secretly dating since 2011, but their relationship was made public when a photo of them together was published in December 2018 and went viral. Recently there have been rumours of marriage between the pair, but nothing has been confirmed.

If those two can't prove that love still exists, no one can.

• Meet the youngest ever Great British Bake Off contestants