Harry Styles is on the cover of Rolling Stone magazine for September and a warning before you look at it – you might faint.

This is the second time 25-year-old Harry has been on the cover of Rolling Stone magazine. He previously appeared on the cover in 2017 when he was 23. This time he's topless and the cover line says his interview is going to be on all things "sex, psychedelics and the secrets of stardom".

The magazine posted the cover on their Instagram with the caption: "Here's a first look at our upcoming cover featuring Harry Styles. You can pick it up on newsstands September 3rd."

Here is the Harry Styles Rolling Stone cover in all its glory: 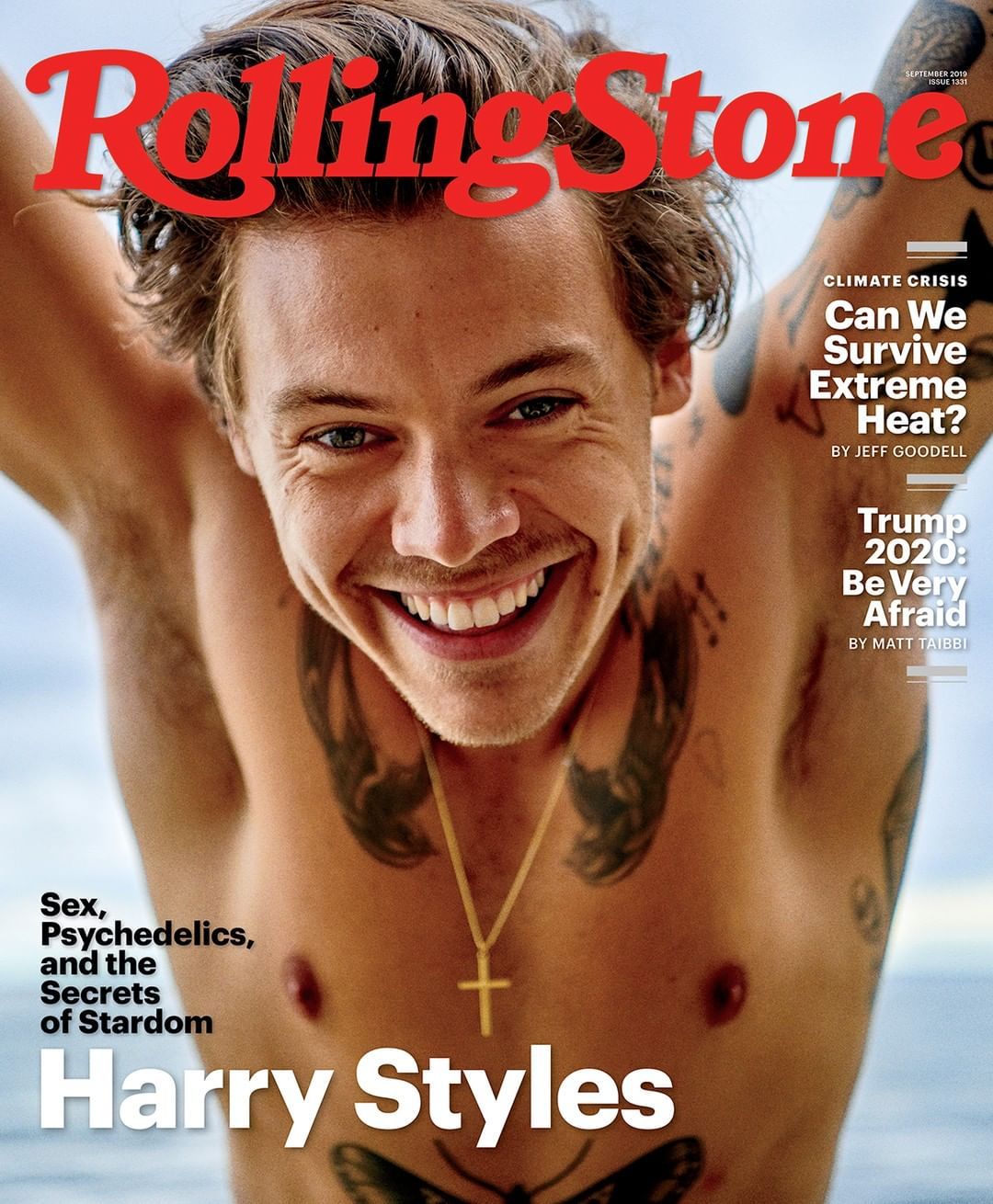 The interview is expected to feature details about why he reportedly turned down the role of Prince Eric in Disney's live-action remake of The Little Mermaid as well as potential new music. Harry Styles' debut album was released back in 2017.

Despite turning down the role of Prince Eric, Harry is apparently looking for more acting opportunities. He made his acting debut in Christopher Nolan's box office hit Dunkirk in 2017, where he played Alex. He starred alongside Fionn Whitehead.

Twitter has obviously gone wild for the cover. One tweet said: "Harry Styles shirtless on Rolling Stones…… can *I* survive extreme heat????!!!!?? Haha the planet is dying" and tbh, same.

just saw harry styles on the rolling stone cover. yes i did. pic.twitter.com/VK7FUkx6iJ

Other recent cover stars for the magazine have included Billie Eilish, Halsey and Maisie Williams and Sophie Turner from Game of Thrones.

The magazine is available on newsstands from September 3rd 2019. See you in line.

• Here are all the photos from the Shawn Mendes Calvin Klein campaign, and wow