Will the Larry Stylinson debate be solved once and for all?

It's that time of year: dissertation deadlines are looming and, whilst you're sat at home regretting your boring Shakespeare choice, we're here to show you what you could be writing about instead. If only you'd had the imagination.

In the past, The Tab have uncovered genius dissertations on the Kardashians, Beyonce, Kanye West, memes and, of course, Love Island. Now we've found a dissertation to rival all pop culture dissertations.

We spoke to Pollyanna Kehoe, a Sociology third year at the University of Manchester, who is writing those all-important 13,000 words on the One Direction fandom, with whole sections dedicated to Zayn leaving the band and the Larry conspiracy theory. Who knew academia could be so fun?

Give us a summary of what your dissertation is about

So, it’s basically saying that there’s loads of explanations for music fandoms, like how they are, why they are, what they do or whatever, and then my argument is that social media fandoms are so different and almost unprecedented that they warrant a whole new explanation – so my whole thing is basically a case study of the 1D fandom proving a new explanation is needed!

Why did you decide to bring your 1D love into academia?

Well I’ve been a fan of them since about 2011, like I literally lived on Twitter, I had around 10,000 followers on my fan account at secondary school and then the idea for this topic just literally popped into my head and I was like YAS this is my calling!!! Except I was alone when I thought of it so it was a lot less dramatic. 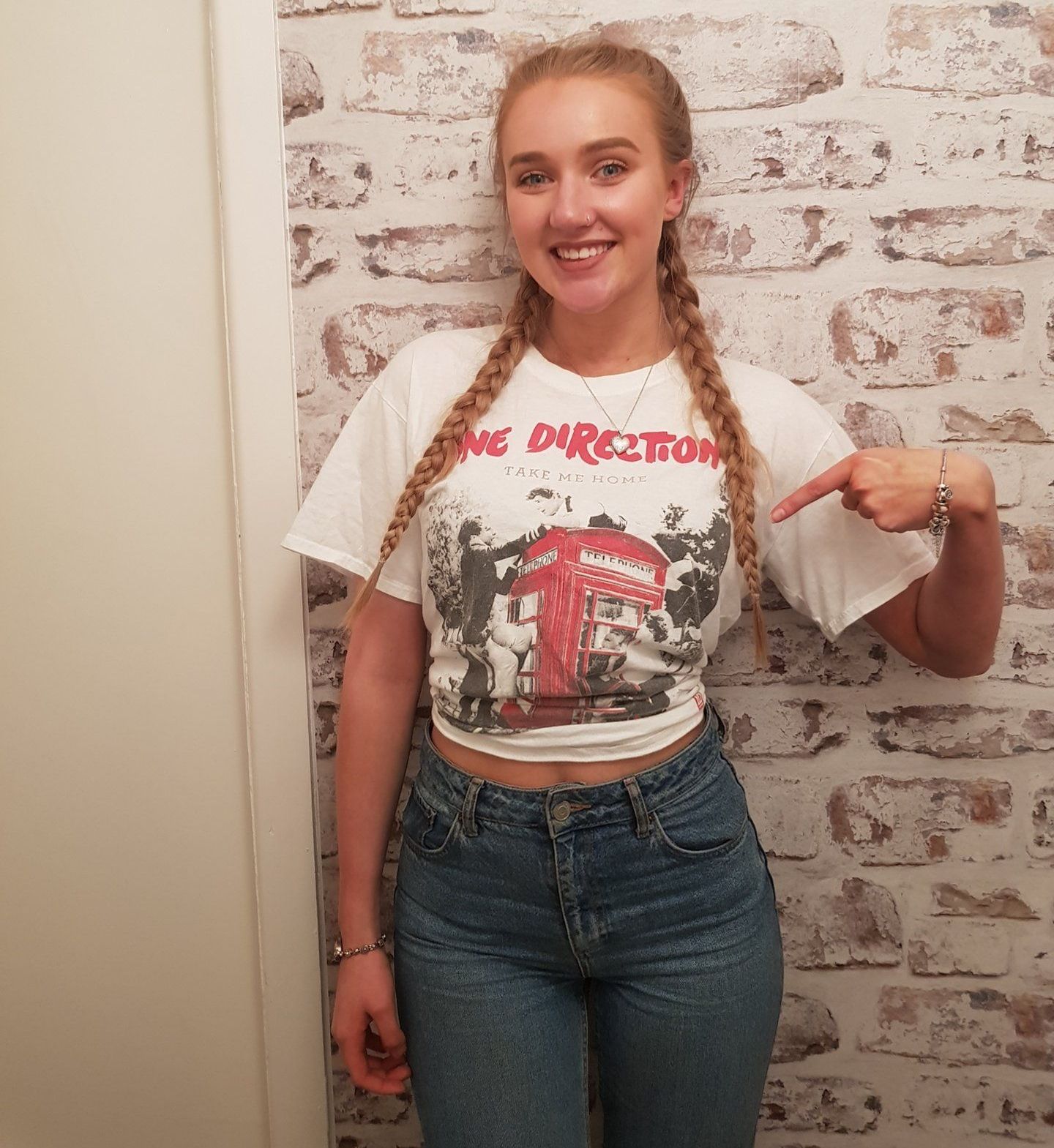 Were you originally planning to write on something more conventional, or did you decide on 1D from the start?

Haha, yes I wanted to do something on smartphone addiction and then that changed into Twitter addiction and then we were told we have free rein over topics and I was like, actual free rein? Like anything? And they said yes as long as you can make it sociological and I was just like well why not just do it on One Direction?

What did your tutor say when you proposed the idea?

I’m pretty sure he thinks I’m a little bit insane, when I talk about stuff that used to happen on Twitter and the crazy stuff fans have done I feel like he doesn’t know whether to laugh or cry.

How do other people react when you tell them?

I usually tell them before that it’s really niche, but a lot of people know how obsessed I was so just are like "lol you’re so weird, you carry on". People I don’t know that well have been like "Are you serious? Right! Okay". Quite a few people said they bet I would end up on The Tab 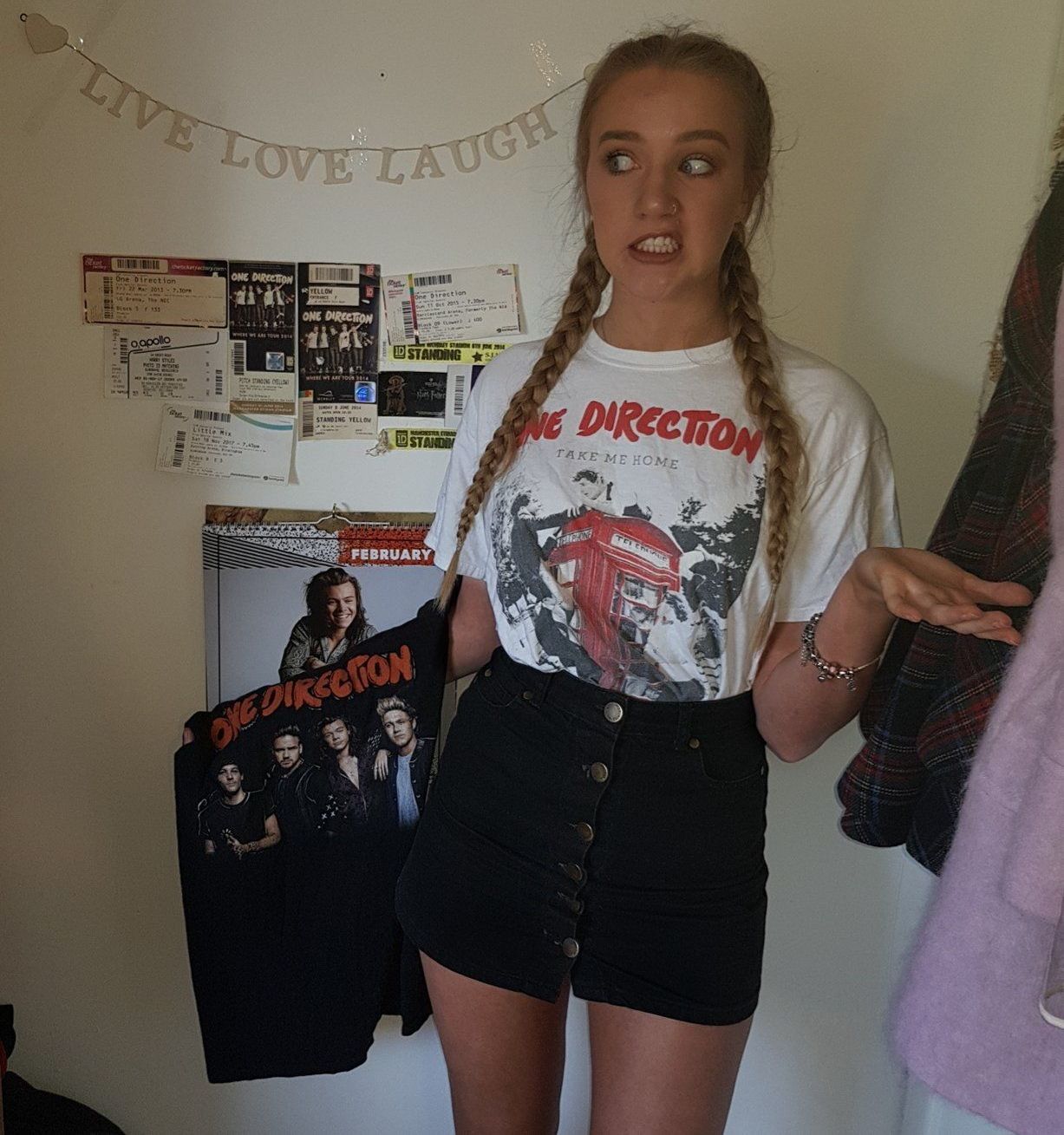 What kind of research have you been carrying out? Which theories have you based your work on?

I did a lot of reading, then I did six interviews on Skype with people from three different continents and I’m just going through them and trying to find stuff that shows the unique-ness of social media fandoms. I’ve used a bunch of people’s work, mostly Sociological work on "virtual fandom", but also a lot from media studies.

What are your conclusions/overall findings?

I’m still getting to that part, but I’m pretty biased that the 1D fandom is the best thing ever and so social media fandoms definitely need a whole new explanation.

Do you worry that One Direction will be ruined for you by the time you finish writing?

Impossible! No in all seriousness I am getting a bit sick of writing their names. But I’m using the whole thing as an excuse to badger on about them and listen to their music. I think they’re definitely ruined for my boyfriend the amount I go on about it haha. But not for me, yet – ask me again after the deadline, it might be a totally different story then!

Who is your favourite member of 1D and why?

I genuinely can’t decide between them, like I’ve always been a Niall girl but then since they’ve gone solo I’m so obsessed with Harry and Louis separately and then Liam’s music I’m a little less into, but ah I feel bad even saying that – how stupid is that? They literally don’t know I exist.

What do you hope to do when you graduate and how, if at all, will your 1D dissertation prepare you for this?

I got a place at Manchester a few weeks ago doing a PGCE in Primary Teaching, so it literally has nothing to do with what I want to do! But you know, maybe I can educate the future generation about the wonder that is One Direction?

Are you or someone you know writing an obscure dissertation? Let us know by messaging The Tab King's on Facebook or emailing [email protected]

A King’s student has been reportedly diagnosed with coronavirus