Here are all the photos from the Kendall Jenner Calvin Klein advert, and wow

Yep, I think that’s the last of my self esteem

Kendall Jenner is arguably one of the most sought after models on the planet right now, so it's no surprise that one of her latest gigs is with Calvin Klein. She's done fashion week, been a Victoria's Secret model and cover girl for Vogue, so Calvin Klein is literally a walk in the park for her. But ngl, this latest Kendall Jenner Calvin Klein campaign is something else. Her abs cannot be real, she denies all physics. There's a reason why people are so obsessed with her, and advert campaigns like this one explain it.

Here are all the pictures from the Kendall Jenner Calvin Klein ad campaign:

Excited to be a part of the new @calvinklein campaign celebrating what it means to live in the now. Thank you @_glen_luchford . #MYCALVINS #ad

Up-close and in the moment with @kendalljenner— as featured in our #Spring2019 campaign, styled in our Statement 1981 cotton lightly lined #bralette. Shot and directed by @_glen_luchford. ⠀⠀⠀⠀⠀⠀⠀⠀ Shop now ? and see more at CALVINKLEIN.COM [link in bio]. ⠀⠀⠀⠀⠀⠀⠀⠀ Music: “True Faith” by New Order

Coolly confident, the one and only @kendalljenner, down to the basics in our #CALVINKLEINUNDERWEAR essentials — pictured here in our #Spring2019 Statement 1981 cotton lightly lined #bralette and cotton #bikini. Shot by @_glen_luchford. ⠀⠀⠀⠀⠀⠀⠀⠀ OUR NOW. #MYCALVINS ⠀⠀⠀⠀⠀⠀⠀⠀ Shop now ? and see more at CALVINKLEIN.COM [EU link in bio]

That's it. All remaining self esteem out the window. Kendall's photos have been captioned with quotes from herself, such as "I think everyday I’m learning more about myself. And I think every year, I grow and find more out about myself and become more ok with everything in my life." She also shares her ideas on the concept of youth, saying: "I don’t think youth has an end really. I think it’s all how you feel rather than an actual age." 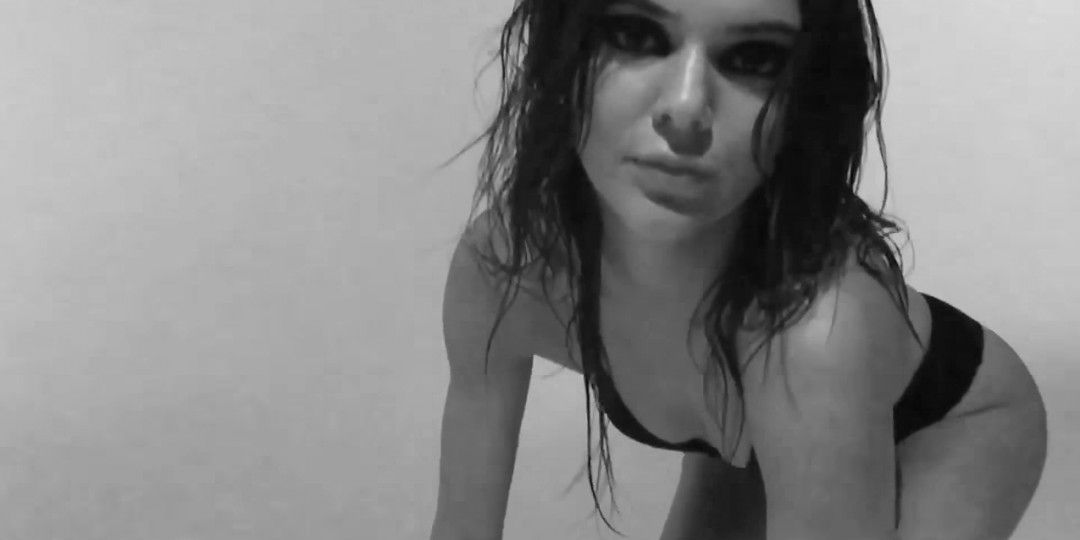 The model is described as "cooly confident" and being able to "rock" the iconic brand's statement pieces. Which tbh, of course she would.

If you want to see more of the campaign, which you obviously do – here's all the pictures of Shawn Mendes in his Calvin's too. You're welcome.

• Wow, Kendall Jenner literally ended police brutality and racism with a single can of Pepsi

• How to feel like a Victoria’s Secret angel, without blowing your entire student loan