IT IS GOING DOWN

It's safe to say last night's episode of Love Island was off the chain. The post-Casa Amor recoupling exploded. Was the best moment Curtis getting pied by Jourdan and then having to look like someone who got caught shitting in his mum's jewellery box as Amy walked back in?

Or Michael trying really, really hard to justify having his head turned and binning Amber off?

Could it have been Anna looking incredibly full of regret as she walked back into the villa? Anyway, we don't have to choose. It was all drama. And from the preview, tonight's looks even more crazy.

Here's some behind-the-scenes info to give you a preview on what's going down tonight. Obviously there are spoilers, but useful if you're going to be at the pub. Or if you simply can't handle watching this much confrontation unfold.

Amber and Michael have a showdown at the fire pit

Michael didn't cover himself in glory yesterday. But he's got a chance to explain himself. Does he nail it?

First up, he shoots himself in the foot by saying he's surprised Amber didn't recouple. When the Flack asks her why, Amber says: “Because I’m a loyal human being, that’s the way that I am, that’s what I wanted to do… I had a sneaky feeling.  It’s disappointing.”

Then, cutting off his nose, he repeats the line about biting his tongue and overlooking things. He tells Amber: “Every time I say something to you, you laugh in my face which I think is really disrespectful.” 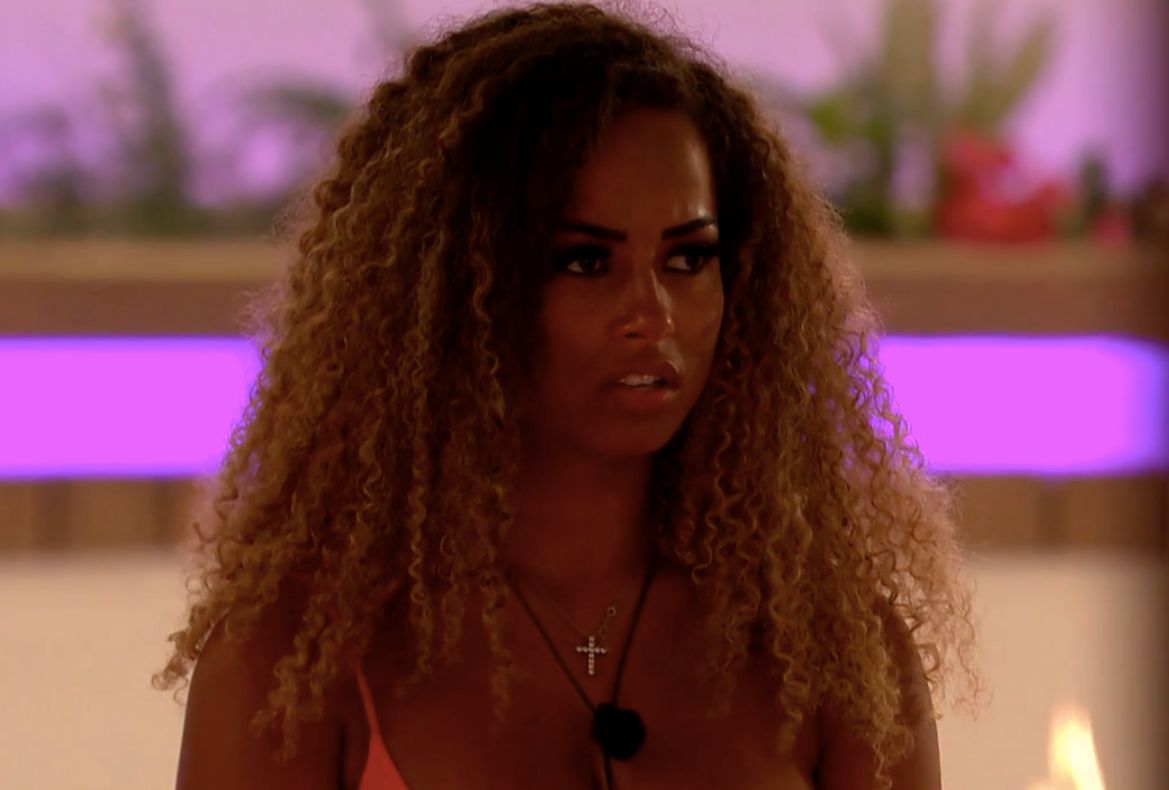 Later, they have a showdown. Amber lambasts Michael, saying: "Maybe it was wrong of me to just assume you understood the way that I was and I should have said look I’m not being disrespectful, just laughing in these situations because it's a bit awkward or I don’t really know what to say.  I’m not sure why I laugh but it's certainly not out of disrespect…I assumed you knew me a lot more than you did."

As Michael gave his recoupling speech, this was Anna's face. 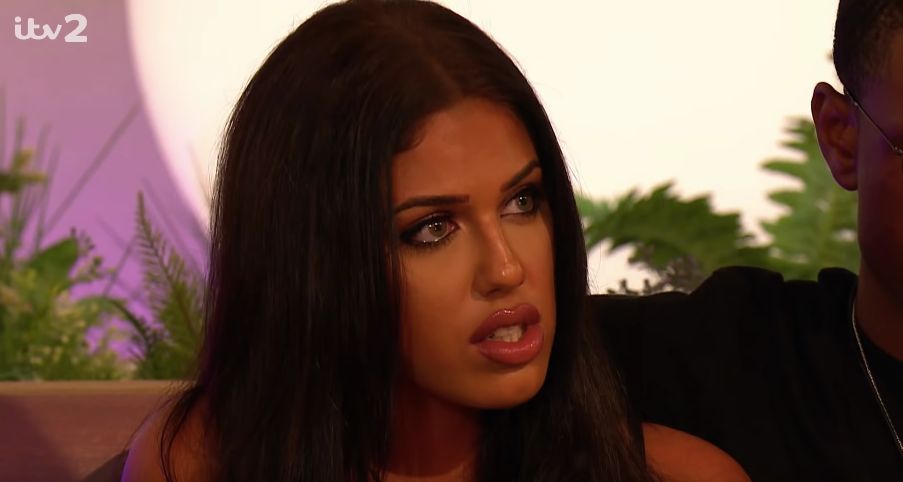 So obviously she was going to have a few words to say.

With wine glasses waving around in hands, it gets heated. Backing Amber, Anna lays into Michael, saying: "Who are you?  You lead a girl on for four weeks saying ‘I like her so much, my head won’t be turned.’  You waited for another girl to come in to make it a thing, before we left it was fine.” 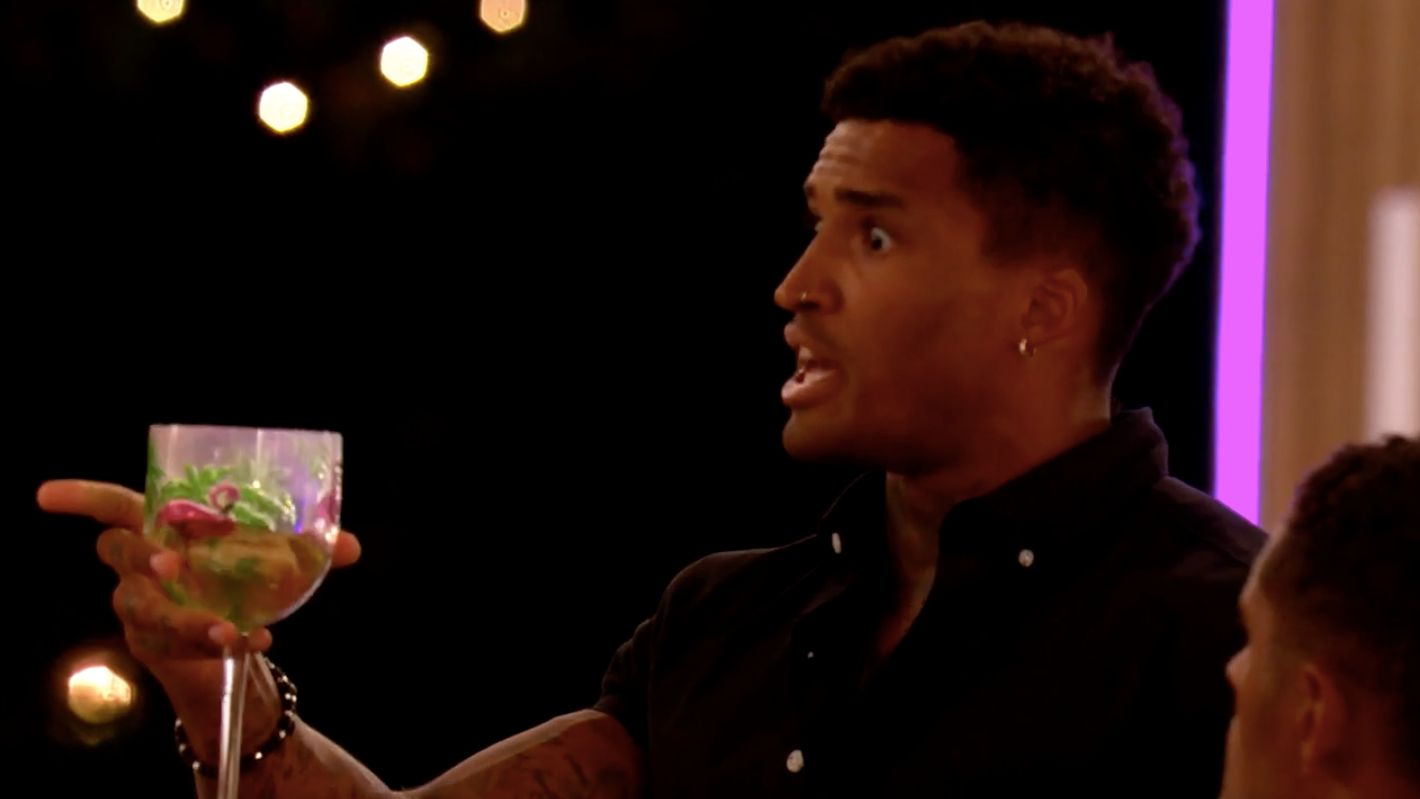 But Anna carries on tearing shreds off the shredded Scouser:“You are not who I thought you were.”

Before walking away, he says: “I’m done with this conversation, you’ve acted like a child. I actually thought better of you.”

Curtis gives Amy a heart-breaking rundown of what happened while she was over in Casa Amor saying she loved him. 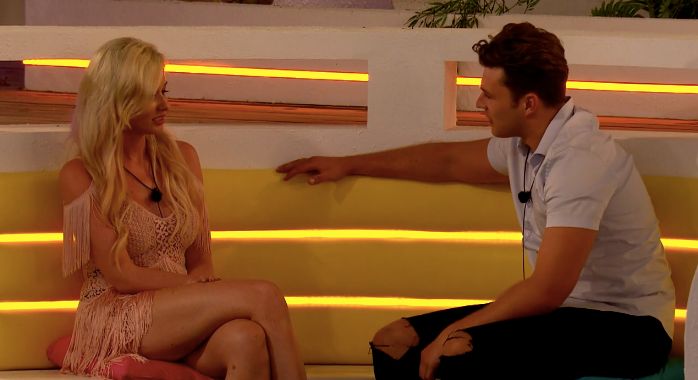 “I felt everything with us was absolutely perfect and I could see a future then the new girls came into the Villa… Then I felt something and I didn’t know what.  I pulled a girl for a chat, I spoke to her,” he says.

Then he tells her he kissed Jourdan. Amy replies: “So she’s the Islander you fancy the most and she’s still here…”

Then Curtis says: “This is the bit you’re going to find the hardest, and I am very, very sorry that I am going to have to say this but I will not lie to you." before relaying him and Jourdan's convo.

Curtis admits:  “I said I would recouple with her and she said no basically.”

Amy says: “So she said no, so you were like ‘Oh right then go back to Ames.’

“My whole life I’ve been looking for someone who accepts me for me and I truly thought I’d found that and I thought you’d found that in me… Where do I go from here?”

She tells him to sleep on the day beds. 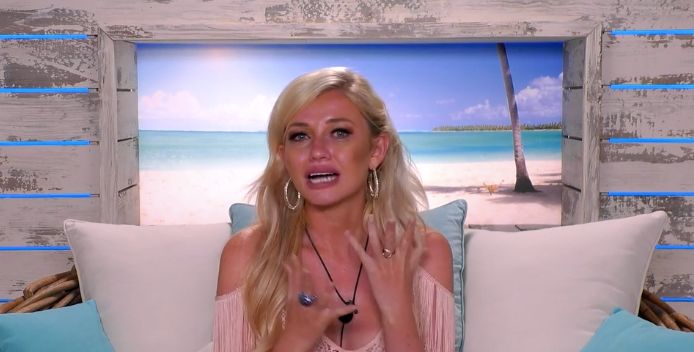 Honestly this is too sad

In the beach hut, Amy breaks down and says: “I thought I’d met my first love and the one and it turns out I haven’t.  I’m someone’s back up plan yet again and he disrespected me in such a way.  I wouldn’t have ever looked at anyone else. He was my future and now I have nothing and he’s taken that away from me.”

Maura goes IN on Curtis to Amy

After her wide eyes last night, it was anybody's guess how Maura would react today. 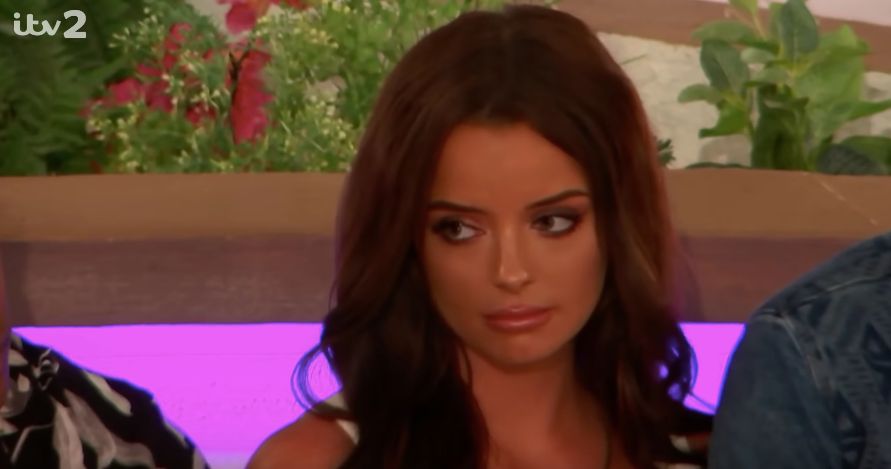 When Amy says she loves Curtis, Maura drops some truth bombs. Does Curtis love Amy? "He doesn’t because he wouldn’t have done that if he did.  That’s harsh and I’m sorry. Do you honestly think you deserve this?”

Maura's just the MVP isn't she.

Amber and Joanna have a showdown

Then, the next day Amber gets a text: Amber and Joanna, you are going out for a catch up.  Please get ready to leave the villa. #storminateacup”

This isn't really a shock, given how utterly awkward Anna looked when Jordan explained he liked her as Ovie stood next to her.

They both apologise for never telling each other about their feelings. In bed, the pair hug and Anna kisses Jordan on the neck, saying: “I miss you too. It’s hard when you’re walking past and I’m not touching you.”

Later, she admits to the others: “I can’t walk past Jordan without wanting to hug him or kiss him.  I can’t switch my feelings off… I still like Jordan.”

This is going to be an all-time classic.

• Every girl has been ‘Michaeled’ at least once in her life