There was literally nothing purer

It's a Friday night in 2008 and you're in the car with your mum heading to a sleepover at your best mate's. 'I've got a feeling' by the Black Eyed Peas comes on the radio, you're excited. You don't know what the night has in store for you. Life is good.

At this point of our lives, sleepovers were the biggest events in our social calendar. And if your parents ever got in the way of you going to a sleepover, your house turned into a warzone, with you begging to go until they finally gave in.

Blue eyeshadow and frozen pizzas were pink gin and tonic for our twelve-year-old selves. You'd go to sleepovers after birthday outings at the local shopping centre, school discos or when trying to make a new friend. 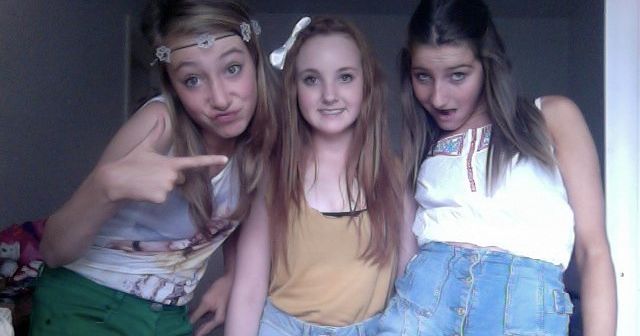 Here's a comprehensive list of everything that a made a noughties sleepover the purest time ever.

1. Jamie Oliver genuinely would've had a heart attack seeing you eat so many turkey twizzlers

Your mum would be making you an array of frozen goods, and there would be oven trays whizzing round the kitchen like a military operation. A golden beige buffet would be presented to you, on a kitchen table with a plastic table cloth. You'd have oven chips, potato waffles, potato smileys, pizzas with thick doughy bases, sweet tomato sauce and crispy grated cheese, baked beans, turkey twizzlers, cocktail sausages, chicken nuggets, and ketchup literally by the litre. Inject into my veins.

2. The noughties were the golden age of cinema and watching films like Wild Child never got old

Oh boy, were we spoiled for choice by noughties classics. You'd go down to Blockbuster, where you passionately discussed which were the best films to get. You would end up picking one of the following classics – Clueless, 10 Things I Hate About You, High School Musical, Angus Thongs and Perfect Snogging, or anything that had Lindsay Lohan, the Olsens or Hillary Duff in it. 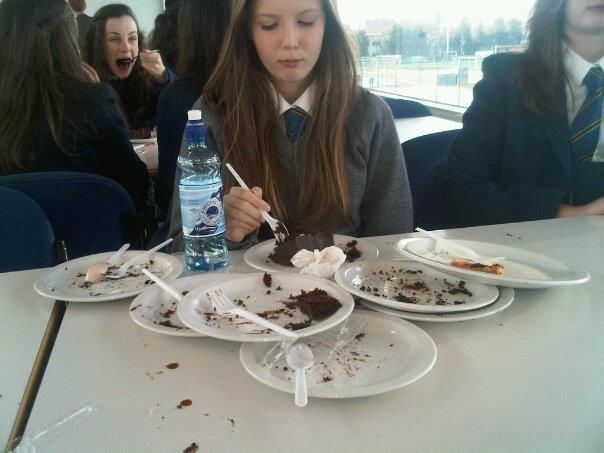 3. American teen flicks fill you with dreams of the glamorous life you would lead when you went to sixth form

Ah, the false hope – you thought you would look like Blake Lively, be popular like Regina George and be dating Zac Efron, when the harsh reality was that you looked like a ghost who had been swallowed by a navy nylon blazer. And the closest thing you had to a dream man, was a boy in a year below who kept messaging you on MSN. 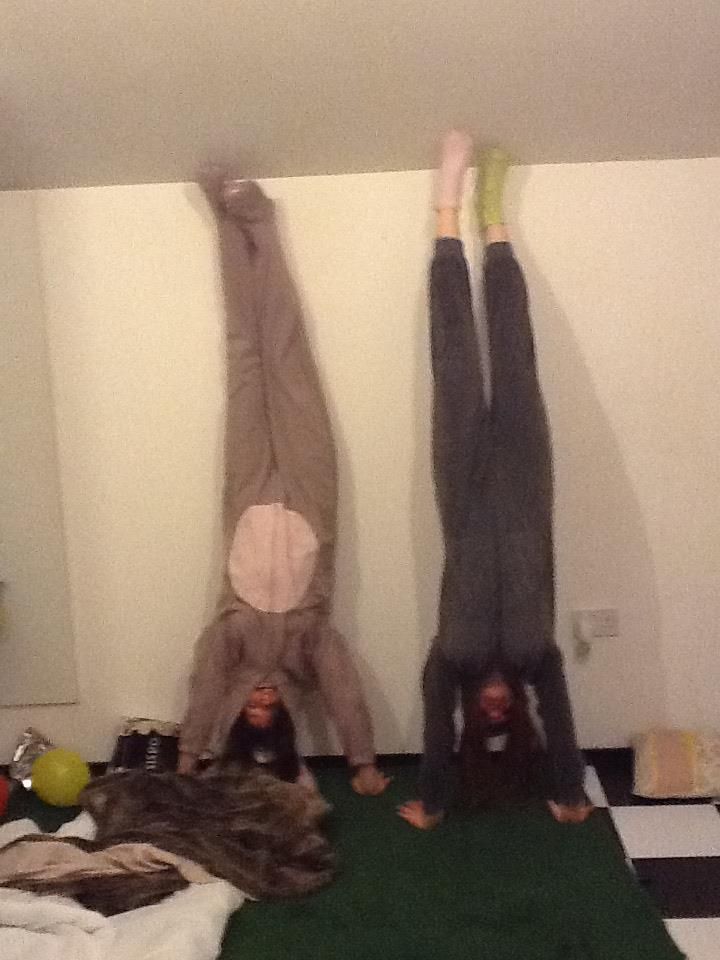 4. Once your parents went to sleep, you put on The Human Centipede because that was the height of teenage rebellion

Horror movie franchises like Paranormal Activity, Final Destination, Saw or Scream, were a staple of the noughties sleepover. You would sit assigning yourself characters, and comparing the villains in the horror movies, to the teachers in your school and weird boys in your class. Obviously, this was to hide how genuinely terrified you were, because that roller coaster scene in Final Destination 3, nearly had you in tears. 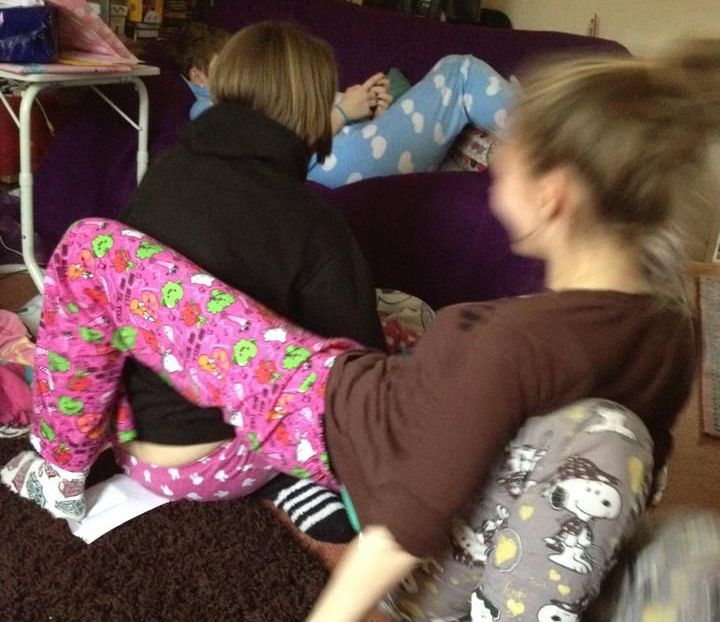 5. You genuinely enjoyed games like Truth or Dare and Would you Rather because games before alcohol were so pure

Cast your mind back to when games were more than a futile attempt to resurrect a dead pres, before nights would be wasted explaining the rules of Ring of Fire for the hundredth time, and when truth or dare truly felt like life or death, and not just an inevitable precursor to downing vinegar in a Spoon's.

Never Have I Ever was the highlight of the night, not just something used to out one of your mates for shagging in a tent. You'd play endless rounds MASH, dreaming you'd marry Chad Michael Murray, live in a mansion like Regina George's, and go to Harvard Law like Elle Woods. 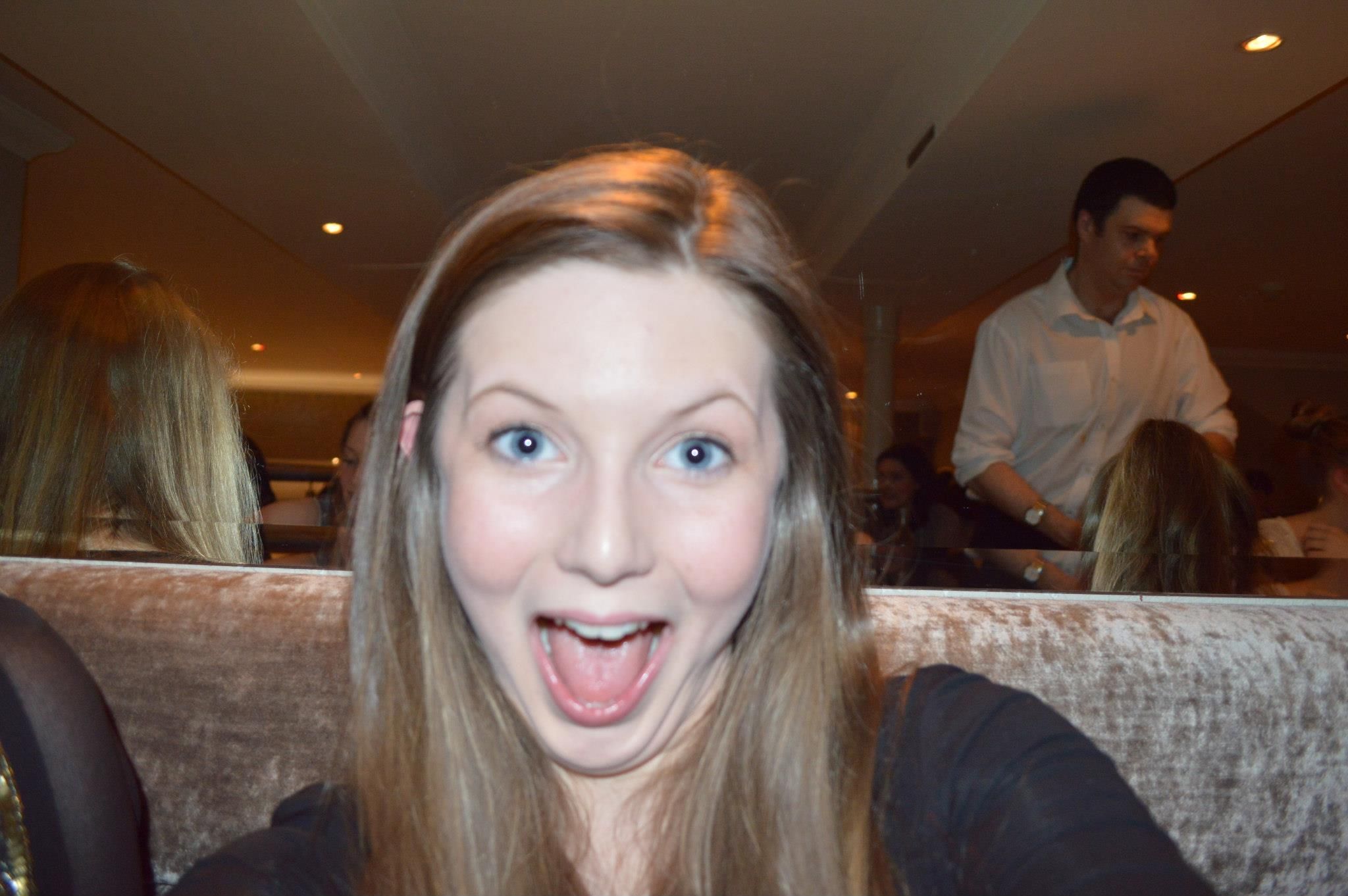 6. If you were super high tech, you'd bring out a Dance Matt, or play Mario Kart

Bonus points if you were playing on a N64, or if someone cried because they didn't get to be Princess Peach.

7. Logging on and off from MSN 100 times to try and get your crush's attention

This is after you change your MSN name to something cringe like 'love my gyals <33333'. Inevitably, you let your friends message the boy that you fancied, they told him how much you liked him, then you cried as he rejected you and tried to persuade him you got hacked. Classic. 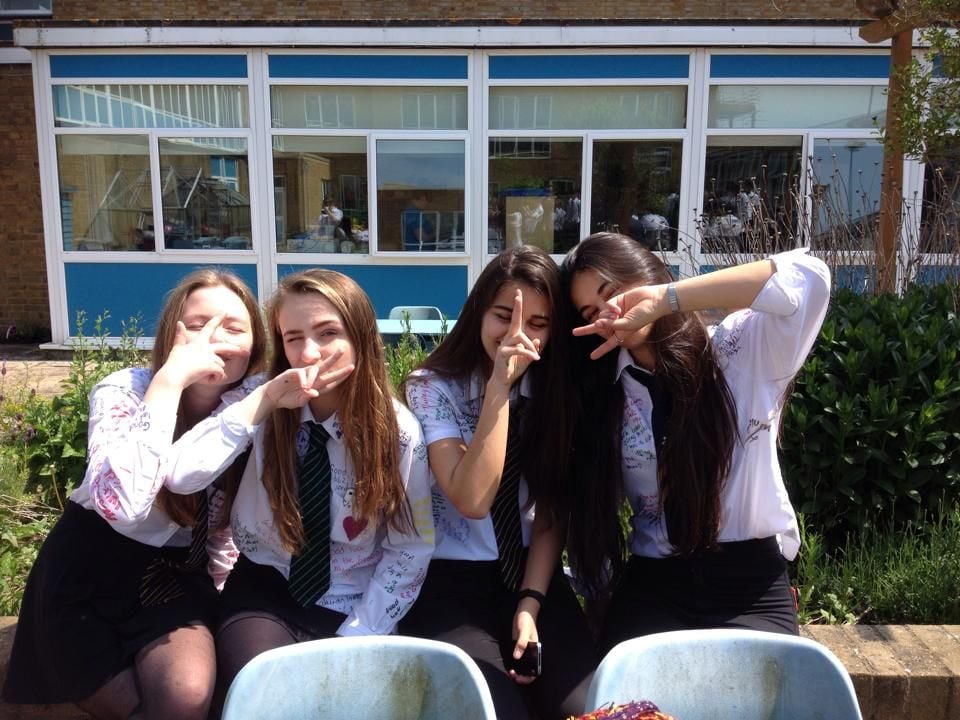 8. Going on Omegle and screaming if you see a penis

Omegle was another staple of a sleepover. You'd all go on, and talk to weirdos, and it would be the funniest thing in the world. In retrospect, this was really bizarre.

9. After a massive makeover you'd end up looking like you'd been swallowed and spat back out by a Britney Spears video

You'd gather round at an awkwardly shaped IKEA mirror, that would obviously, be embellished with pictures of The Jonas Brothers, to apply layers of blue mascara, fake tan, frosted lip gloss and Dream Matte Mousse. Basically anything that you would've got free with 'Shout' or 'Mizz'. You would then parade around your room feeling like a beauty queen.

Oh how I long for the days when make up was a glimmering world of excitement and not something monotonous to be slapped on your face every morning.

10. One girl would take it too far with the fake tan and end up with a massive rash on her face

She'd have to spend 10 minutes with her head in a sink to try and dissolve the cake of Dream Matte Mouse and poorly manufactured bronzer, which glued to her face like a layer of second skin. Her face would end up red and puffy, because the make up you used was not kind to your skin.

11. Getting dressed up in the sluttiest clothes and parading around like you were Paris Hilton on the Simple Life 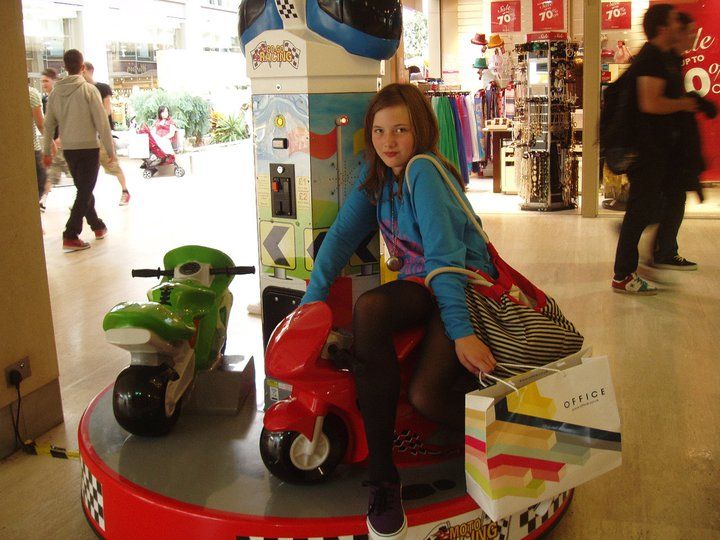 12. Documenting the whole experience on a digital camera

This fashion ritual was basically as sacred as the Met Gala, so obviously, you needed to document the whole thing with as many photos as possible on a flippy phone or digital camera (bonus points if it was a hot pink Samsung camera). Things were so much simpler pre-Instagram. 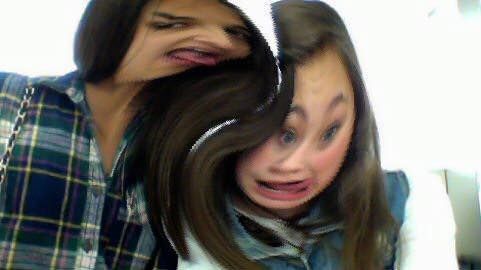 13. Spending the night gossiping about your crushes even though you obviously all knew who fancied who

One girl would have a boyfriend, and there'd be MAJOR drama if they'd ever 'dry humped', but the real tea was about James from your Year 7 Maths class who was the dreamiest, and you guys were obviously soulmates because of that one time he asked you for a calculator. You would all sing "You Belong With Me", because Taylor Swift was the only tortured artist who understood your unrequited love.

14. Being excited to stay up late, because how it was social suicide to fall asleep first

At a noughties sleepover, the world past 12am symbolised something forbidden and exciting. Staying up that late was for legends only. And of course, there would be one goody goody, who insisted on going to bed at 9pm, got angry at everyone for staying up too late, and was genuinely terrified of getting in trouble. She's definitely at Cambridge now. 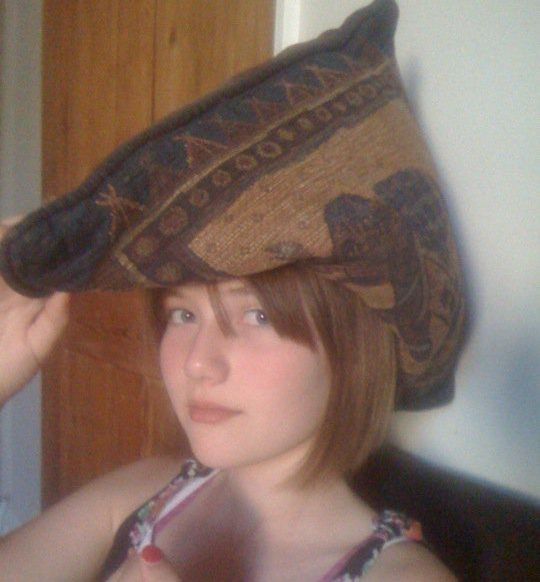 15. Having midnight snacks with more sugar in them than 10 VKS

Your supply of Millions, Toxic Waste, Haribo, Strawberry Laces and Refreshers, was enough to feed a small army. Anything that was small, sweet, and an unnaturally bright colour, was a necessity. Of course, you'd end up trampling tiny neon sweets into your cream carpet. Like this wasn't enough sugar to give you a life time of dental issues, you'd move on to Oreos and Butterkist popcorn, which would get stuck to all your bedding. Yum.

16. Inevitably, ending the night with your parents screaming at you to go to sleep

On sleepover nights, your parents never really slept, they were just in a kind of half doze, constantly being awoken by your noise, their anxiety for their belongings and the assortment of children they were somehow responsible for. Your parents would scream, threaten to ground you, and eventually hit out with the "I'm so disappointed in you" line.

But you didn't care, you'd still be giggling and cracking jokes the entire night, because the excitement of spending all night with your mates was just too much to stop from smiling. It was all so wholesome.